It’s that time again and we’re heading into the second week of December with an exciting feature we’re sure you’ll love. Yes, we know it’s an oldie, but oh is it a goodie. Maybe the best open-world PC game ever? You read and decide for yourself.

What is this week’s spotlight? Witcher 3: Wild Hunt.

Released in 2015 by CD Projekt Red, Witcher 3: Wild Hunt soon became one of the highest-rated PC games (10/10) according to Steam and we seriously can’t argue with that. We’d be remiss not to mention that it also won Game of the Year and held the record for the most game of the year awards with a whopping 251 awards. 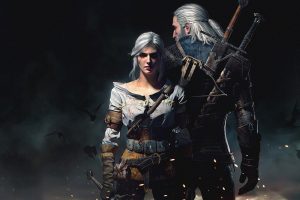 A dark and beguiling fantasy based on the books of Andrzej Sapkowski, takes you on the journey of Geralt of Rivia, a witcher (if you didn’t get from the title) hunting the whereabouts of his ward, Ciri. Witchers are essentially monster hunters for hire and Geralt is one of the best of them, quite the ladies man too if we may say. With an arsenal of skills like alchemy and magic, he goes on ‘epic’ quests with his horse ‘Roach’ to bring justice and complete tasks for random citizens, at a price. 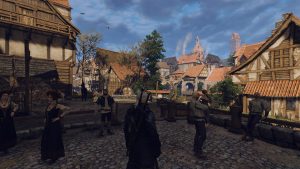 Set in a locale comparable to medieval Europe, Witcher 3 is sexy, gritty and ugly. Filled with magical creatures, violence, and romance, it twists the imagination and makes the heart race.

What do we love most about this game? It’s up to 200 hours long. Yes, we said it, 200 hours! When you’re investing in a game, it’s always necessary to have some meat and with a story containing so much potential, we think it’s an investment well made, even 4 years later. 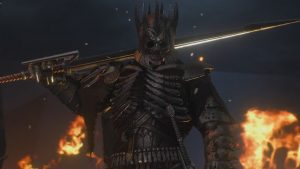 It is a deeply thrilling and complex story which can’t really be explained in its entirety, besides, for those of you who haven’t had the great pleasure of playing it, we won’t give away any spoilers. The main underlying thread is Geralt’s quest for Ciri, while she is pursued by spectral knights called the Wild Hunt (hence the name of the game). During this quest, he encounters many unique monsters such as Noonwraiths and Arachasae, fighting them for survival or as part of smaller quests like the Griffin. 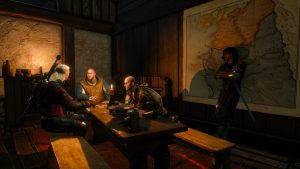 The game is dotted with many side/secondary quests and unlike lots of other RPG’s, they don’t feel simply like fillers, containing many complex stories and nods to mysteries present in the earlier series. One quest to point out, in particular, is Reason Of State which actually holds extreme significance to the main story with the result being what impacts who will win the war between the Northern Realms and Nilfgaard. You’ll only unlock this after finding Ciri, but other than that, we won’t spoil anything for you.

We want to also bring a unique feature into focus, being the interactions between the main character and other npc’s. Something we noticed and a fan-favourite aspect of the game, is that your actions directly affect storylines and character relations to you in the future. They’re almost human in remembrance, acknowledging how you made them feel which will carry into any interaction you have with them going forward. It’s one-of-a-kind and gives the game a special emotional quality.

Unlike other titles, Witcher 3 makes nearly every task worthwhile and never dreary, though one might think traveling around to find crafting materials for items would be. It’s not something to be overlooked though as even the most inconspicuous location can yield great reward. Did we mention you can also play cards (Gwent)?

All in all, it’s truly a special game and while not without it’s faults, it absolutely deserves all its accolades. It will take your time, but not in a bad way. It’s a rousing, dirty, human tale and in all its glory, captures your heart. Exceptionally written, we’d be remiss not to take this little trip down memory lane.

Are you ready to begin your magical journey? You can buy the game here.