If you’re looking for a true to life farming experience, one need look no further than the Farming Simulator series. Its success on PC and Consoles is unrivalled, but what if you need that farming fix on the go? Luckily, Farming Simulator 18 is now available on Nintendo 3DS, PS Vita, IOS and Android and it’s fair to say it’s a pleasant experience. But how does it hold up against it’s predecessors?

First and foremost, Farming Simulator 18 is a mobile edition so don’t expect a fully fledged, full to the brim title like previous title Farming Simulator 17. While it doesn’t come close to 17’s over 250 strong roster of vehicles and tools, Farming Simulator 18 offers over 50 realistic vehicles to choose from, all featuring brand labels from some of the biggest agriculture machine manufacturers. That’s certainly enough variety to keep you going while you kill time on the morning commute.

The main premise of the game is obviously still very much the same. You tend your fields, sell your crops to earn money, rear and sell livestock, sell their produce, buy tools and vehicles to help expand and improve your farm. This process remains as rewarding an experience as ever before and the increasing efficiency with which you can sow, grow, and harvest crops as you upgrade your tools will only strengthen your compulsion to keep farming. The list of available crops is nothing though new with wheat, canola, corn, sugar beet, potatoes and sunflowers making a reappearance from 17. Again, while 18 only features a fraction of the crops available in 17, there’s still enough variety for this title to hold it’s own as a smaller scale title and a solid little farming sim.

Now, the graphics. Of course, they’re not going to be as crisp and true to life as a PC or console edition, but 18 certainly holds up for a mobile title with some genuinely pleasing scenery. The vibrancy of the colour palette, while being perhaps a little juvenile, brings a certain charm to its Southern US setting and totally works in the context of a younger audience.

As Farming Simulator 18 is available on both handhelds such as the Nintendo 3DS and mobile devices running Android or IOS, the controls differ depending on which platform you go for. For example, on mobile devices, you steer your vehicles by tilting your device left and right. At first this seems a little flimsy, but the turning circle is actually very smooth and it is absolutely playable with these controls. For a more solid feel though, you might prefer the 3DS’s Circle Pad or the analogue sticks of the PS Vita which will certainly grant you more precise input while tending your farm. 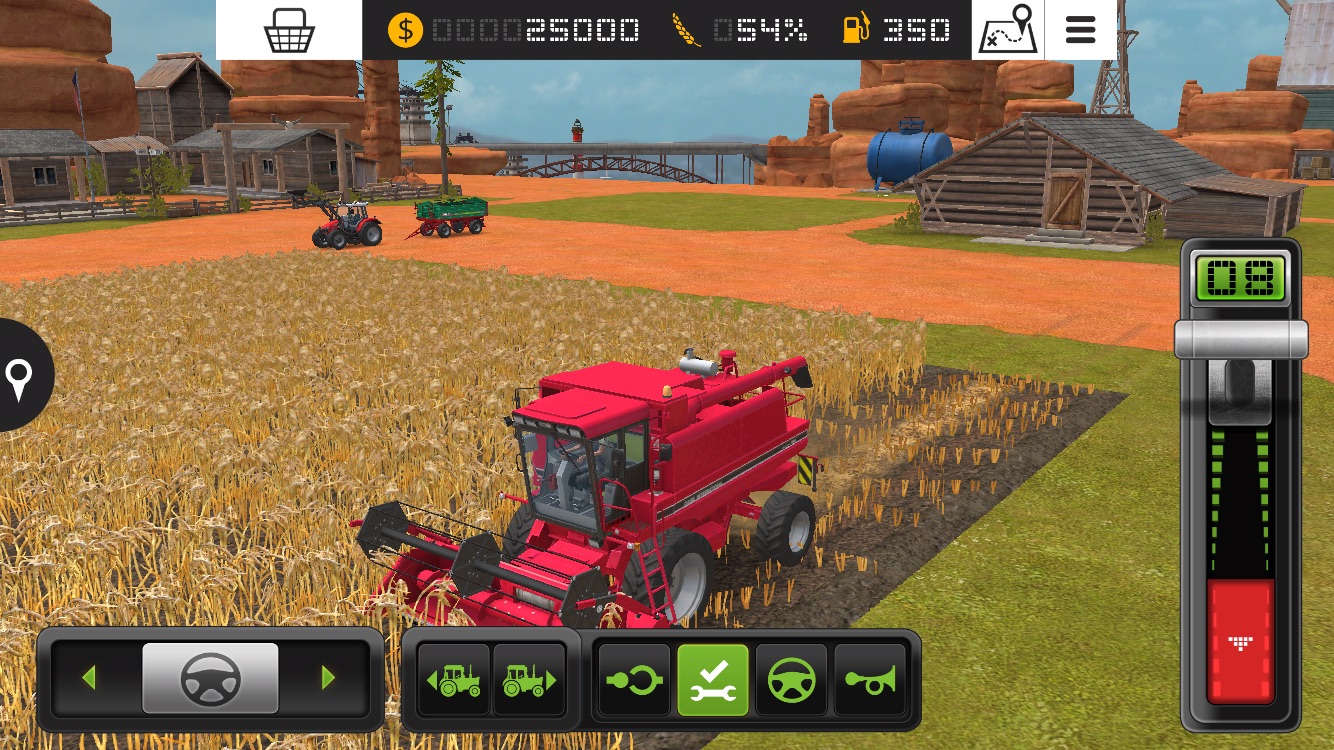 Due to the simplicity of the control inputs available for its release platforms, Farming Simulator 18 is forced to have a lot of functions automated. For some, this may be an improvement; speeding up and de-cluttering the farming process while also keeping things simple. But for some, it may take away from the charm of the series. For a mobile/pocket edition game though, it seems to make more sense than over-complicating things. It’s also a nice way in for younger players who may be otherwise overwhelmed by complex features in previous titles.

All in all, Farming Simulator 18 would leave a lot to be desired for a series veteran, but it’s really incomparable to 17 due to its main selling point; its portability. When it comes to this, 18 is a pleasant, solid farming experience you can take on the go.