The Best RTS Franchises Ever Created

Real Time Strategy, more frequently referred to as RTS, games are titles where the player’s job is to build, gather and develop their resources in a simulation which can take place in various settings. However, the big bonus is that these settings can be both realistic or fantasy, take place anywhere and even go back in time!

This provides gamers with a diverse range of play, and there’s a big demand for RTS games. With so many excellent titles out there in this niche it’s hard to narrow the choice down to just a few, but there are some which stand out from the crowd. Here’s four of the very best RTS games ever created with a rundown of just what makes them so good. 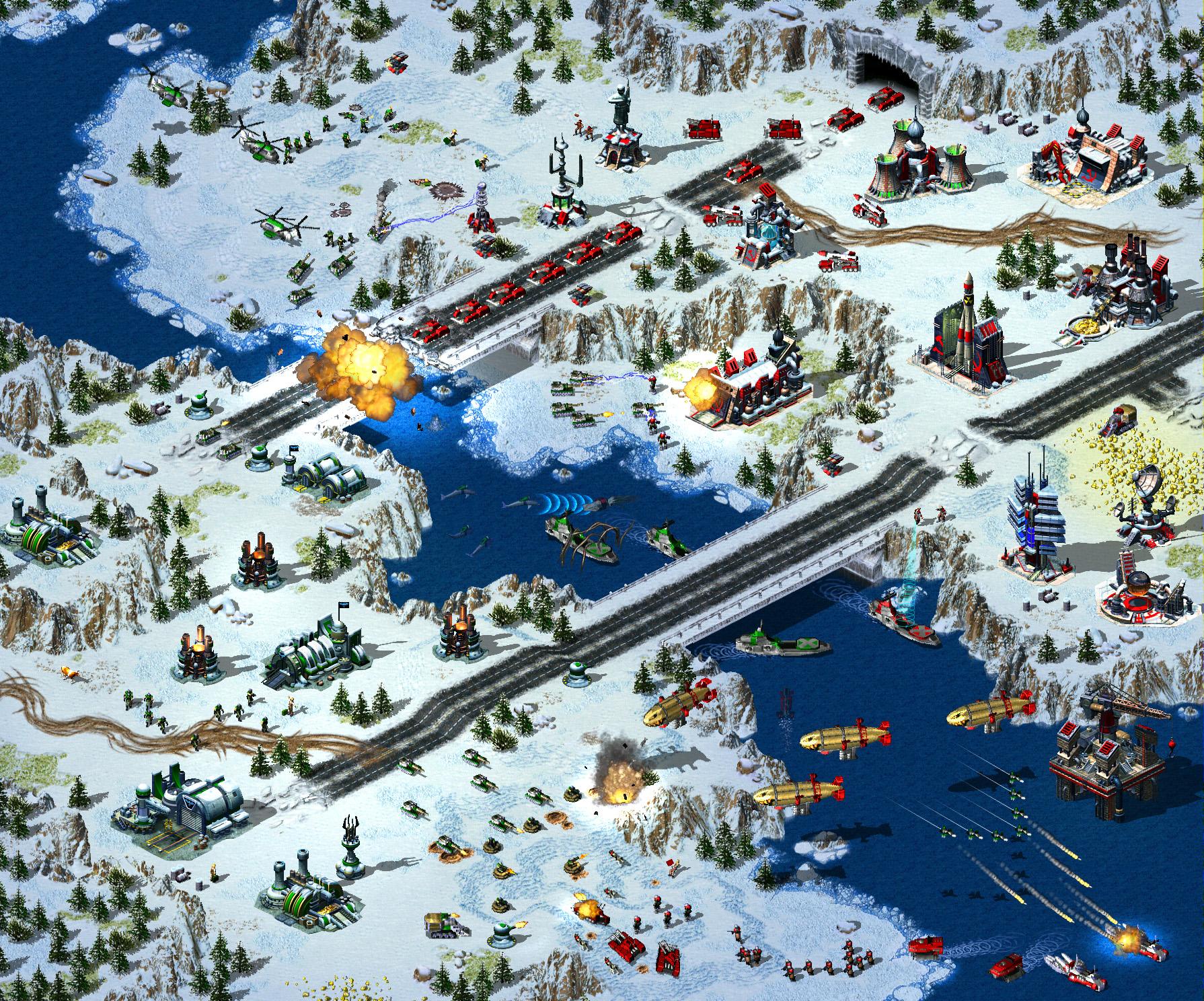 An RTS game released in 1995 and developed by Westwood Studios, players will find themselves launched into an alternate reality. Very much influenced by the events of the decade such as the Gulf War, it features modern warfare with the world split into two factions determined to battle each other. Players have the option of taking either side, either the strong and powerful Global Defense Initiative (GDI) which is an expensive unit or the Brotherhood of Nod. This latter faction is much cheaper to run with a mishmash of unusual and atypical components such as rocket bikes.

Depending which release of the game you’re playing and on which platform, you could have the choice of playing in both single player and multiplayer modes. However, no matter which campaign you’re playing the main thrust of the action revolves around obtaining more of the special alien substance Tiberium than the enemy, as well as either destroying or taking over control of enemy buildings and structures. The original release featured live action full motion cutscenes but these were replaced in later versions by 3D graphics, voice commentary and static images. Interestingly, EA was actually working on Generals 2, also named as simply, Command and Conquer. However, the development was later cancelled.

Immaculate attention to detail was paid to this game with the intention to make the player feel as if they were being drawn into battle. This begins even with the installation process which was deliberately designed to make it feel like hacking a military operation. Clever stuff. 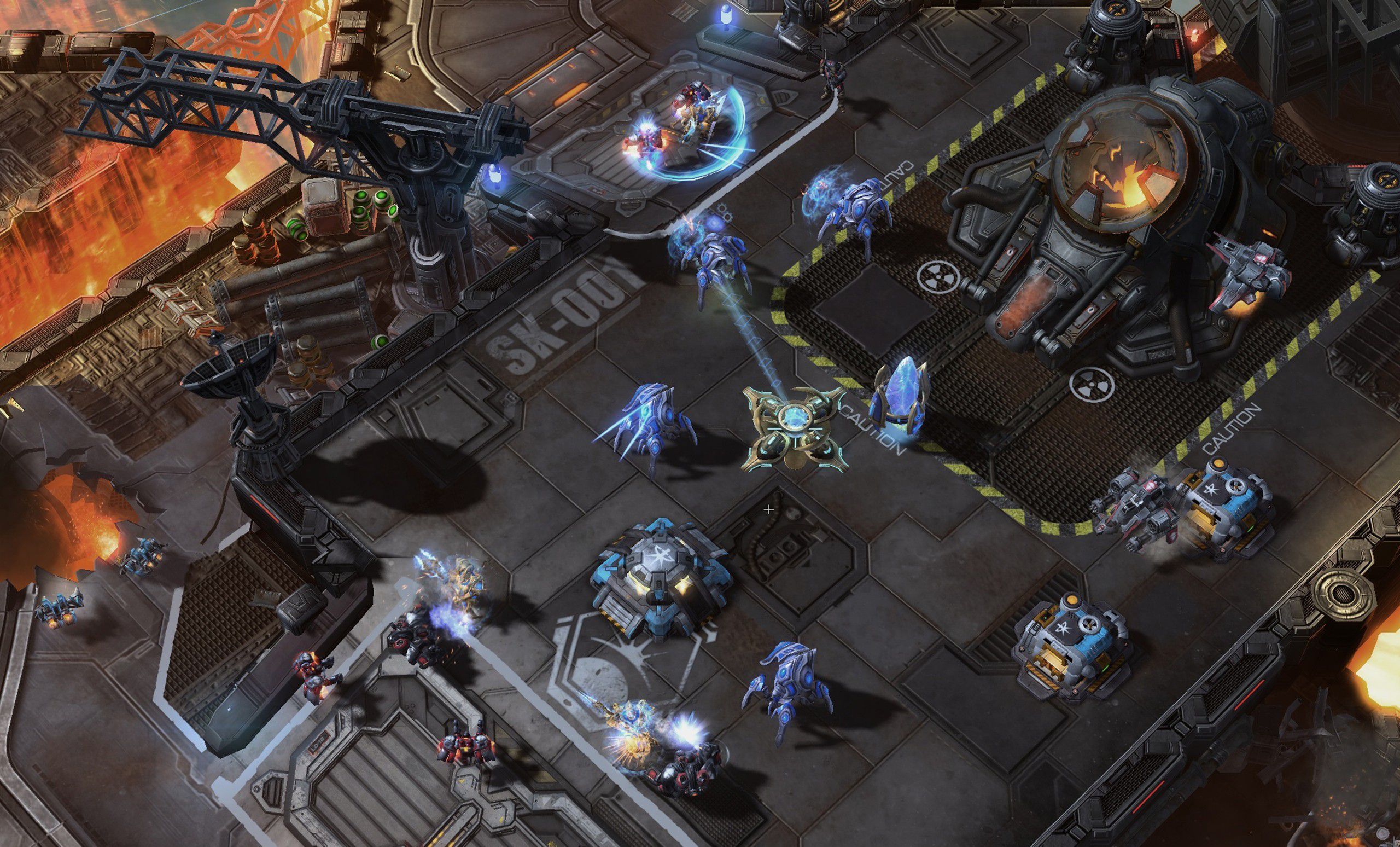 Released by Blizzard in 1998, Starcraft went on to be a massive commercial success, redefining the RTS genre and selling an impressive 10 million copies in the following decade. Set in deep space in an area known as the Koprulu Sector, this RTS features a battle for the ultimate dominance between different intergalactic species. Although initially drawing some criticism for being no more than a sci-fi reinterpretation of Warcraft, it went on to be an enormous success, with expansion packs and sequels released too.

Although the subsequent Starcraft releases were also a big hit, this first game has an iconic status. In Korea, there’s giant Starcraft conventions with championships that are watched in a live arena by more people than the Super Bowl. One of the reasons why it’s so popular is that depending on which race you’re currently playing as, the experience of the game will change. Feeling more like three games rolled together than just one RTS, the strong story line is backed up by the uniqueness and balance in the play. But make no mistake, this is not the easiest game on the market as players have to multitask, combining speed and agility with strategy, making this still one of the most competitive and challenging RTS titles available. 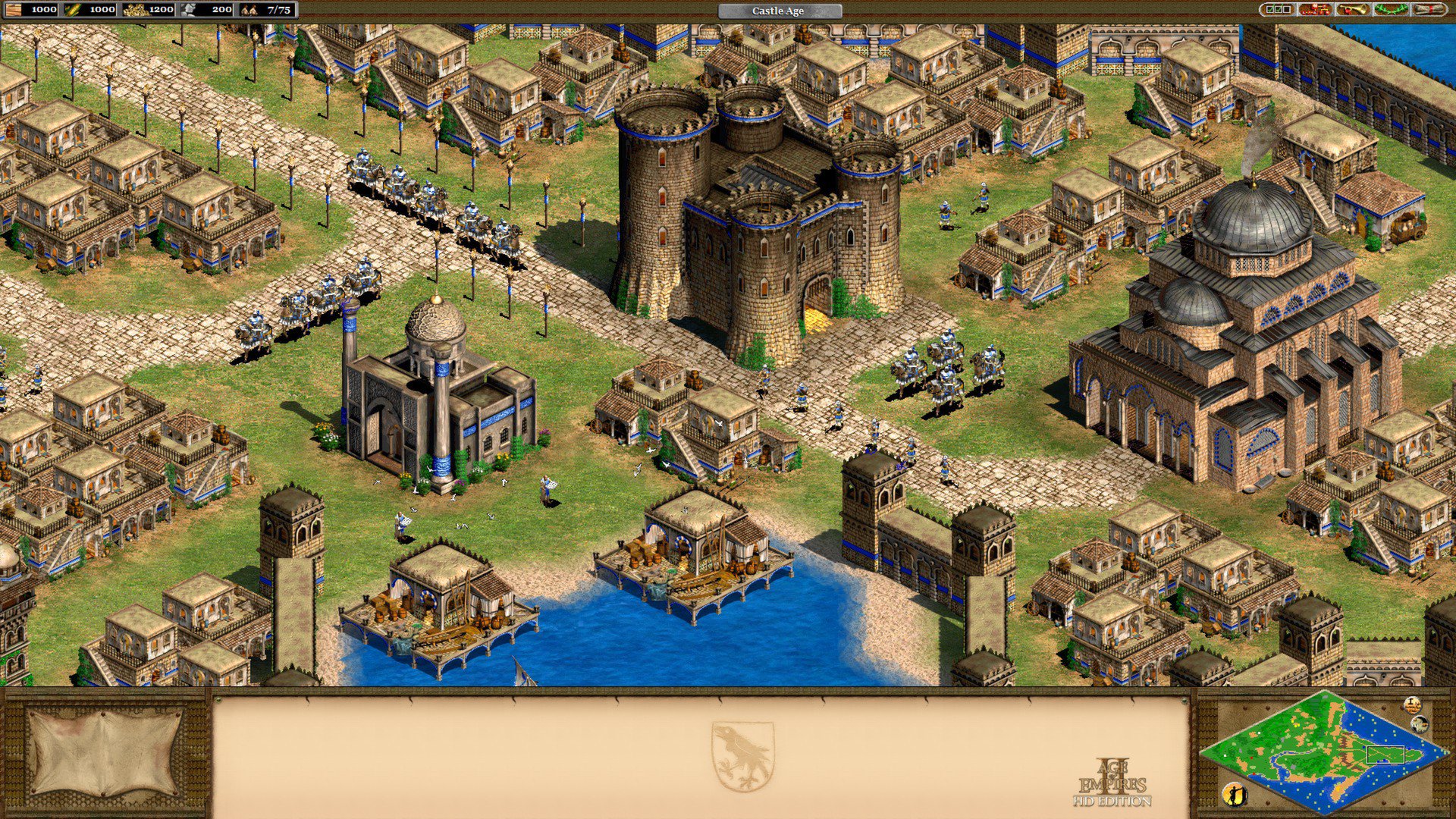 This franchise began back in 1997 and has since seen some brilliant releases. As the title suggests, gameplay focuses in on the Stone Age and the Classical era, at a time when empires ruled strong in Europe and Asia, expansions have also ventured into new territory. Thus, the player is greeted with a historical setting of which they are able to employ real-time-strategy via base building, resource gathering and unit creation.

For those who aren’t already aware, twenty years later, an upcoming ‘remastered edition’ Age of Empires will be arriving soon. Not only will it entertain 4K resolution, making it look more gorgeous than ever, but it will also host great online gameplay.

The Age of Empires series is award winning, bringing to the table some of the best RTS elements ever made. As the series enters the new age, whilst retaining its historic setting, we can’t wait to witness it once again in a much higher resolution. 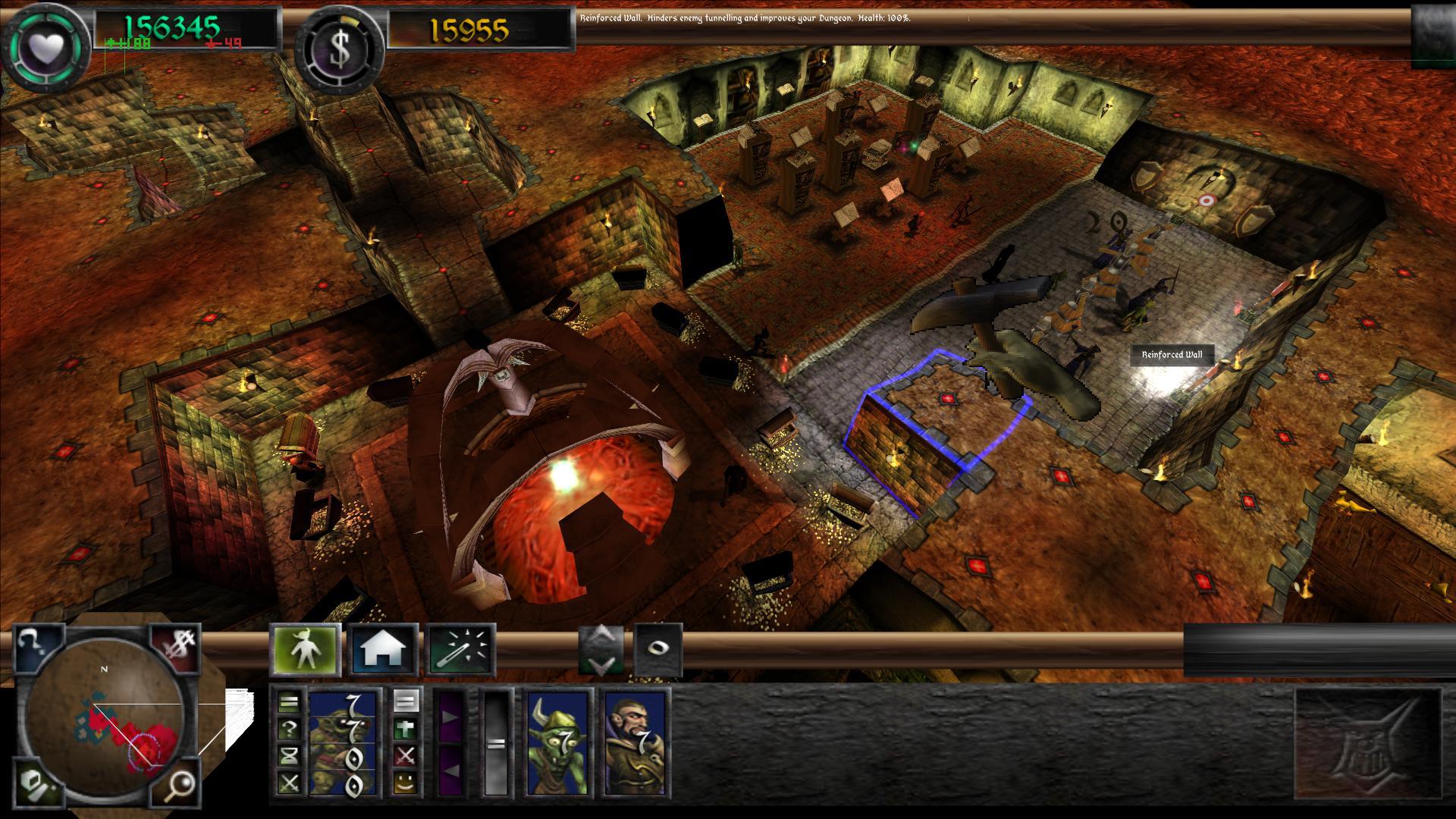 Dungeon Keeper is an iconic RTS game which was released for the PC in 1997 by Bullfrog Productions, later spawning a sequel due to its insane popularity. Dungeons aren’t a new theme by any stretch of the imagination but what’s different about this title is that you’re not on the side of the good guys. Forget about being nice, you’re an evil overlord whose job it is to keep the underlings in check with dastardly ways while torturing any heroes who happen to cross your path…

As The Keeper, the player’s job is to build a network of rooms and traps, making full use of the evil creatures to destroy any invaders. As well as fighting in battles you’ll also have the chance to use some nasty spells; Harry Potter definitely wouldn’t approve. And just when you thought you reached the extent of your vile ways, you can roll out the torture chamber too and convert the good guys onto your side. Excellent narration and architecture of play are the markers for this game, while providing the chance for the player to act out some truly evil acts with a clear conscience. 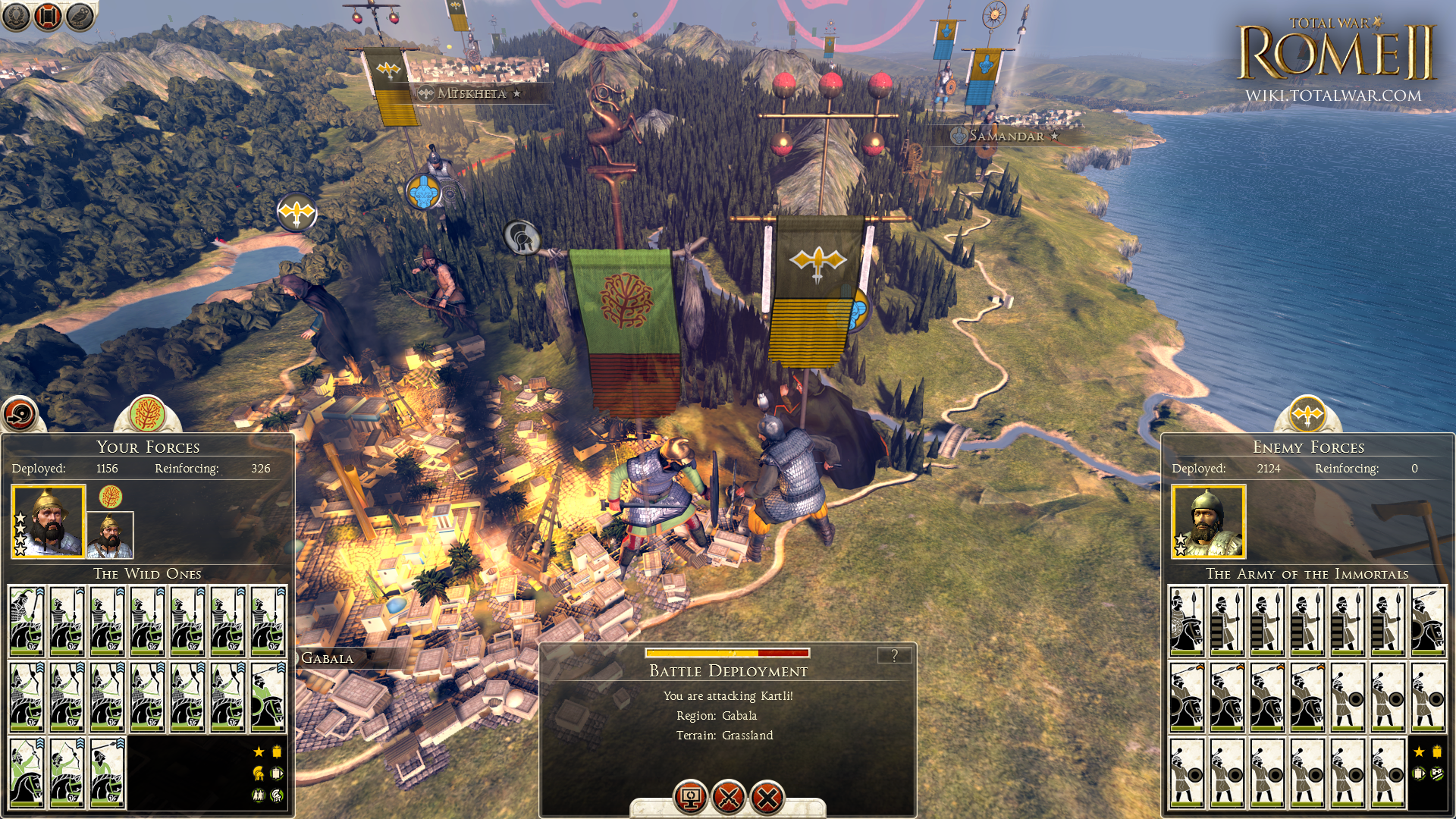 A 2004 title for PC developed by The Creative Assembly, Rome: Total War is now owned by Sega and is part of the hugely popular Total War series. Set in Roman times (as you might expect given the title…..) the player can assume the role of one out of three houses, with further factions becoming unlocked as progress is made through the game. The aim is to acquire an empire, with gameplay set across Europe, Africa parts of Asia. Once a player has conquered 50 provinces plus taken over Rome, they will become emperor, the ultimate goal. However, it’s not quite as easy as it sounds as you’ll need to win over the public too plus beat the other factions who are also battling to take top spot.

You can keep your people happy by building structures which increase their contentment, such as amphitheatres. You’ll also be able to build a whole host of other traditional Roman buildings including aqueducts and temples. Earn more money by establishing a large market place and protect your city by erecting large walls around the perimeter. If you use your time to set up barracks, stables and archery ranges you’ll unlock more content within the game, boosting military power. There’s also spies, mercenaries and agents which you’ll have to persuade to do your bidding if you want the best chance of reigning supreme.

Rome: Total War isn’t about beating your enemy by brute force. To win you’ll have to have a sunning strategic plan which balances military action and fighting with keeping the people content. 3D graphics make for stunning battle maps with each faction having its own specific style of fighting including archers, infantry, artillery and cavalry. You’ll need to keep the morale of your army up as you battle your enemy; if it drops too low they’ll flee the field and ignore your commands! There’s tactical gameplay combined with stunning graphics, with more features unlocked throughout the story creating what some have described as the ultimate RTS experience.