By GamerBolt Team
May 3, 2014
NintendoReviews

There’s three things you need to know upfront about this highly animated Nintendo 3DS JRPG title.  Firstly, it’s essentially a remake of the original game in the series, two – the built-in map making features make it very unique amongst classic-themed RPG’s in general, and three – it’s basically a two games in one package.  Naturally, devoted fans of the franchise will want to jump straight into this “re-imagining” of the game that started it all, and this time there’s even a fully-engrossing storyline to enthrall you.

Concerning the story mode; you will team up with an investigation team and discover a girl called Frederica, who’s in some type of cryostasis.   The narrative itself incorporates the same sort of elements you find throughout the anime world, featuring various juxtapositions in terms of both environments as well as characters (including the aforementioned sleeping amnesiac, the frozen “Frederica”).  Again, whereas previous entries in the series seemed to lack a very engrossing plot, this situation has been rectified in “Etrian Odyssey Untold: The Millennium Girl”.  In fact, there’s also some rather stunning cut scenes found herein, especially for a 3DS title.

What grants EOU: TMG such high marks is its visual stylings and gameplay.  Rather than being resigned to one particular subset of environments, developer Atlus artfully blends together old-world style textures with high-tech fixtures.  The result is a game that takes on a pleasing multi-faceted kind of character that’s very absorbing, to say the least.  While the story mode is in and of itself quite a lot of fun, the game’s classic mode is also highly entertaining as well.  As expected, it is this “classic mode” where you’ll find the same sort of gameplay that you’re likely already used to from the other games in the series. 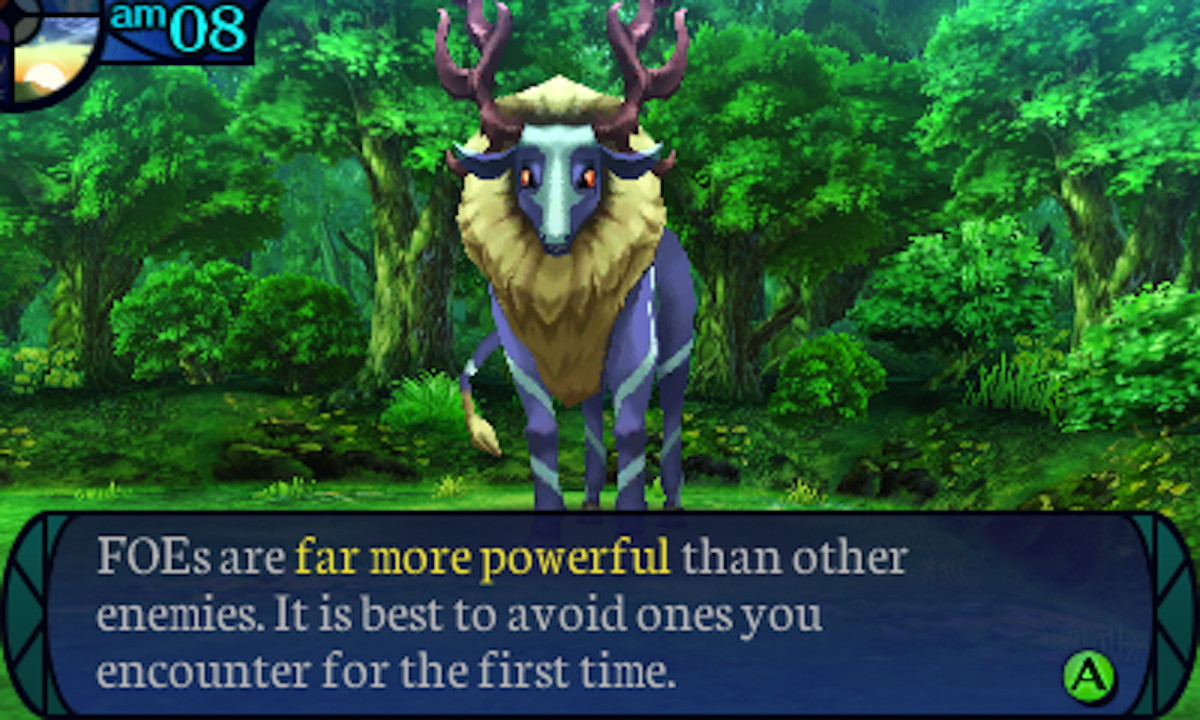 Turning toward Etrian Odyssey Untold: The Millennium Girl’s gameplay, what you’ll find is an intriguing mixture of classic turn-based combat as well as a very novel map-making concept.  The core of the title is in exploring dungeons, but what makes this interesting is that you actually create them in real time, rather than simply navigate areas that have already been pre-rendered.  For the gamer who’s looking for a more mysterious and possibly undefined experience, this game won’t disappoint.  At the same time, RPG addicts will delight at the notion of somehow participating in the way their specific playthrough unfolds (which becomes all the more relevant as you return to familiar locales again and again).

Aside from revitalizing the series’ formula with story-driven elements (including great voice acting), the game also lulls you in for multiple playthroughs via its classic cartography-based mechanic.  Simply put, there’s a wealth of content to be experienced, including a new dungeon layout (for the story mode).  In terms of difficulty, EOU: The Millennium Girl is certainly challenging, but feels much more accessible than some of the previous releases.