The “Die Hard Trilogy” by Probe Entertainment represents a quirky attempt to briefly capture a bit of the magic from the first three films of the same name.  In the end, we’re left with a bit of retro goodness that’s both glitchy as well as fun.  Part of the title’s initial marketing strategy was to offer it up as a sort of “3 games-in-1” –style package, which it is.  Regardless of how short they fell in actually capturing elements from the movies themselves, each section offers its own unique style of gameplay or theme.  Simply put, it was a package that attempted to unite several different formulas under one heading – shooter, on rails arcade action, and a driving game. 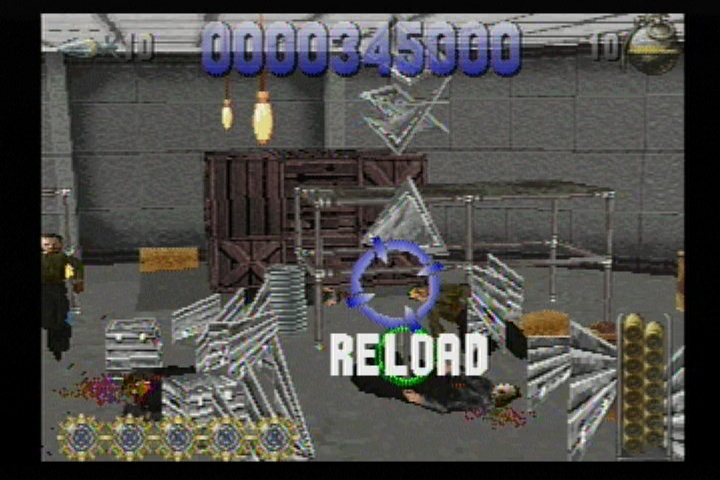 First up there’s “Die Hard”, which is in fact a 3rd person shooter that tries to focus mostly on armed combat.  For all intents and purposes it presents you with the same sort of view found in latter titles like GTA III, only with the somewhat limited graphical abilities available at the time.   This was one of the first 3D games to emerge for the PS1 which offered this particular style of emerging gameplay, although it doesn’t really directly follow the movie’s plot.  You basically save hostages and look for level exits.

The second in the package is “Die Harder”, which again, is an “on-rails” shooter which features the same sort of combat you’d find in a light-gun arcade game a la’ “House of the Dead”.   Sure, nothing new, but it’s still incredibly nice to see a whole new type of gameplay emerge from within one specific title, especially when they’re all relating back to the original impetus (the films).   You’ll blast your way through the Dulles airport and take out plenty of baddies as you try to stop a terrorist plot.

Finally, there’s “With a Vengeance” which places you in the driving seat as a somewhat erratic McClane.  Needless to say, this one is definitely the most frustrating of them all, presenting you with very limiting time constraints and only 3 lives, meaning that a few wrong turns and its game over. 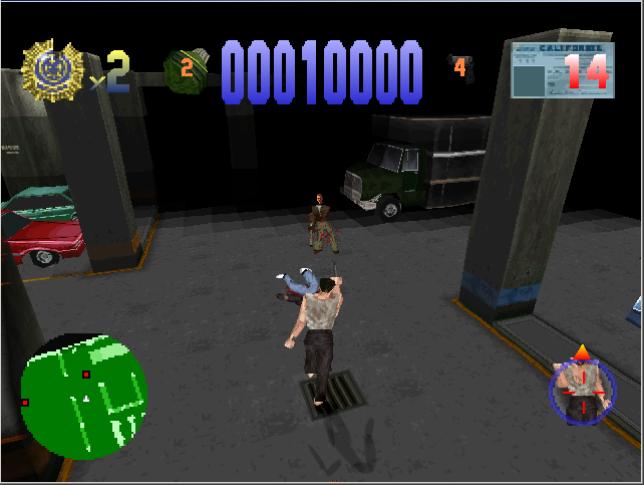 Graphically speaking, the Die Hard Trilogy is definitely indicative of the early years of the PS1 with its somewhat choppy visuals and textures and rather primitive 3D physics.  Nevertheless, this is a game that some devoted retro fans might want to take a look at if for no other reason than the fact that it’s such a unique offering.  It’s hard to think of another game being released in recent memory which even attempted to incorporate 2 or more separate gameplay mechanics, aside from today’s open-world titles which seek to do this all at once, rather than in separate installments.  In some strange way, the layout seen here is a bit like a preview of things to come, particularly from the previously mentioned GTA III, which would take the 3rd person combat + driving mechanic to a whole new level.