Sega’s 16-bit console is often seen by many retro gaming enthusiasts in an extremely favorable light. After all, we are talking about a company that was basically the only real competition for Nintendo (at the time), who was also intent on bringing out a barrage of games, many of which were striving to bring something new to the table. Electronic Arts’ “Desert Strike: Return to the Gulf” is one of those titles, of course. Overall, the game remains one of the more popular entries for the console too, with its rather simplistic yet fun shoot ‘em up format. 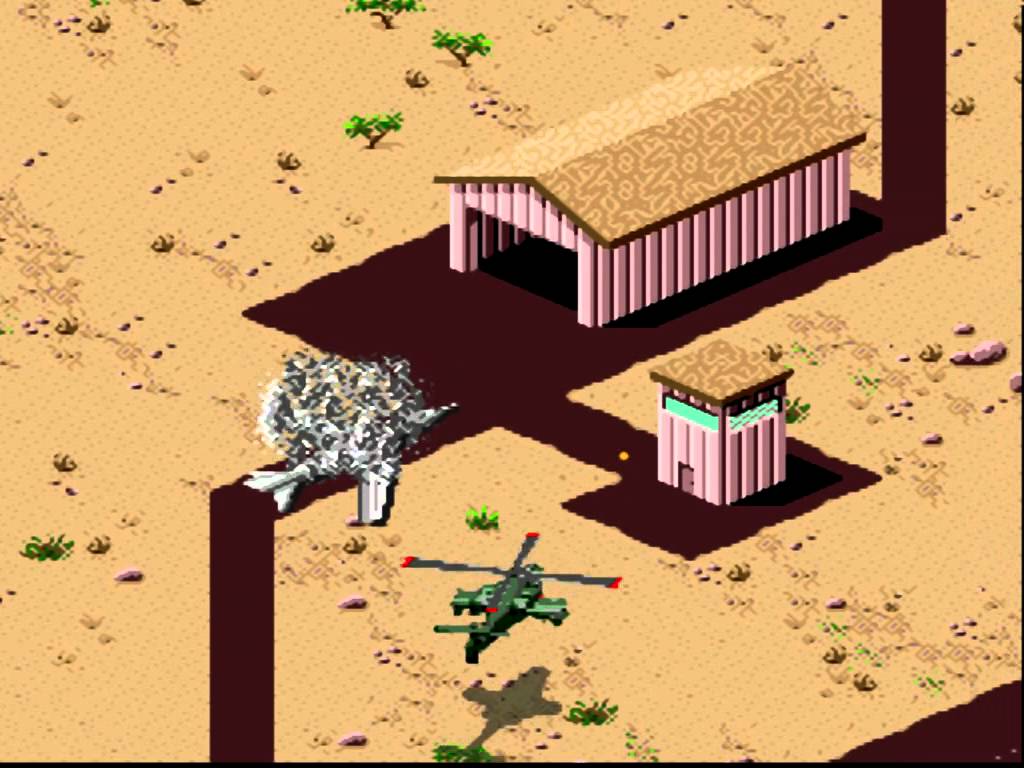 In terms of its story, Desert Strike was obviously strongly inspired by CNN coverage of the first gulf war and consistently falls back on the same kind of narratives that were in place in major media at the time. To put it simply – a ruthless tyrant, General Kilbaba (sort of sounds like “kill babies”, doesn’t it?) has moved in and taken over the lands of a wealthy group of wealthy Arab emirates. As expected, only the US and its barrage of attack helicopters can save the day, and that’s where you come in, of course.

Piloting your AH-64 Apache helicopter across the desert landscape one thing becomes clear; this is actually one of the first successful open-world titles. Needless to say, during the days of 16-bit, the very idea of free-roaming sandboxes were the stuff of dreams, so it’s pretty obvious why gamers were so jazzed up about Desert Strike. Whereas many other titles of its type (air-based combat) tend to be quite frantic and altogether linear, Desert Strike offered an alternative with its more measured encounters and storytelling. Most other high-flying shoot ‘em up titles of the time tended to present players with a top down perspective, which isn’t particularly conducive to nice visuals. Presenting the action from an isometric (RTS style) perspective, Desert Strike looked much better than other games of its type and presented gamers with a better sense of depth as well.

What made this game so engrossing was its gameplay of course, which hinged on completing objectives as well as dodging enemy attacks and trying to avoid running out of fuel. Moreover, as you progress through the game’s 4 stages the challenges increase in difficulty and the levels themselves become longer and more involved in character. The title was made all the more enjoyable thanks to all the little additions, like airlifting people out of hot zones and landing your chopper on a ship.