Video games are being remastered to the point of almost making us desensitized. One can hardly be surprised with one of the oldies getting an enhancement, a remake, or reboot. A few of such titles have made our hearts skip a beat, but many failed to justify the excitement.

Command & Conquer and C&C: Red Alert fall into a category of long-awaited remasters that awoke that inner kid we all hide inside. And that kid got so emotional and nostalgic that the Petroglyph and Electronic Arts had almost an impossible task to fulfill. But did they manage?

It’s challenging to review the remastered version of a 25 years old classic that is attached to so many memories and first gaming experiences. At the same time, there is nothing we would rather do. Therefore, we’ve got a hold of this new edition, and it’s safe to say that our inner kid is satisfied.

Enhanced features and a loyal homage to the classic 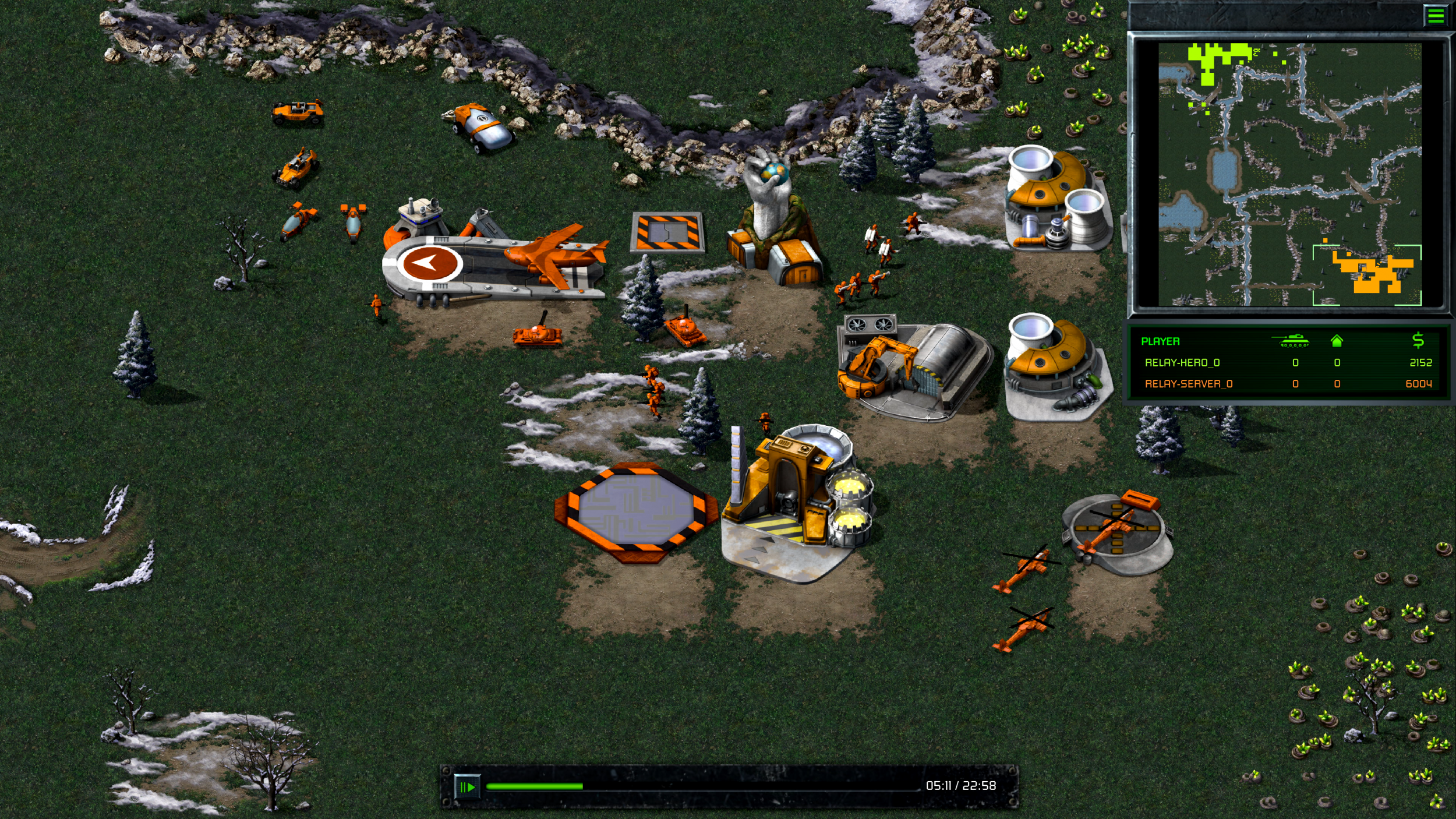 The new collection has remastered and novel features such as being able to create, play, and share mods, and diving into hours of full-motion video cinematic footage.

The gameplay is the same as in the ’90s. There are still different infantry types players get to control, vehicles to mobilize, and forays to launch. The distinctive mission campaigns set in Africa and Europe, which ensures variety and entertainment. Also, you can create and share custom maps with more ease. There’s a mission selection screen to help you track your campaign progress. Plus, Replays and Observer mode, which will help you analyze the combats. The improved sidebar is a clear step forward that saves your time from endless scrolling.

However, while the concept is loyal to the original game, being 4K, the texture and graphics are simply more enjoyable now. From the units to the terrain, everything is enhanced. Thus, switching between the legacy and remastered version’s graphics feels fulfilling.

It shows the designer’s effort to create a perfect equilibrium between paying attention to detail, and consideration for the love fans have for the classic. They packed it so faithfully, and they didn’t miss any element. Even the original soundtrack is remastered, and you can customize it via improved Jukebox. The Bonus gallery allows you to immerse yourself into the game’s making world and see over four hours of B-roll footage. The controls are sleeker, you can zoom in the camera, and you can climb to the Leaderboard.

We also can’t miss mentioning the renovated multiplayer mode with custom lobbies and the matchmaking system. It takes classic to the new level and makes the game twice as challenging. That’s one of many reasons why we fail to find something that we dislike about this collection. This is how a remastered version should be done.

The public reception is another indicator of its success. Command & Conquer Remastered took over Steam’s top list having more than 42,000 players at the same time.

A true revival of a classic 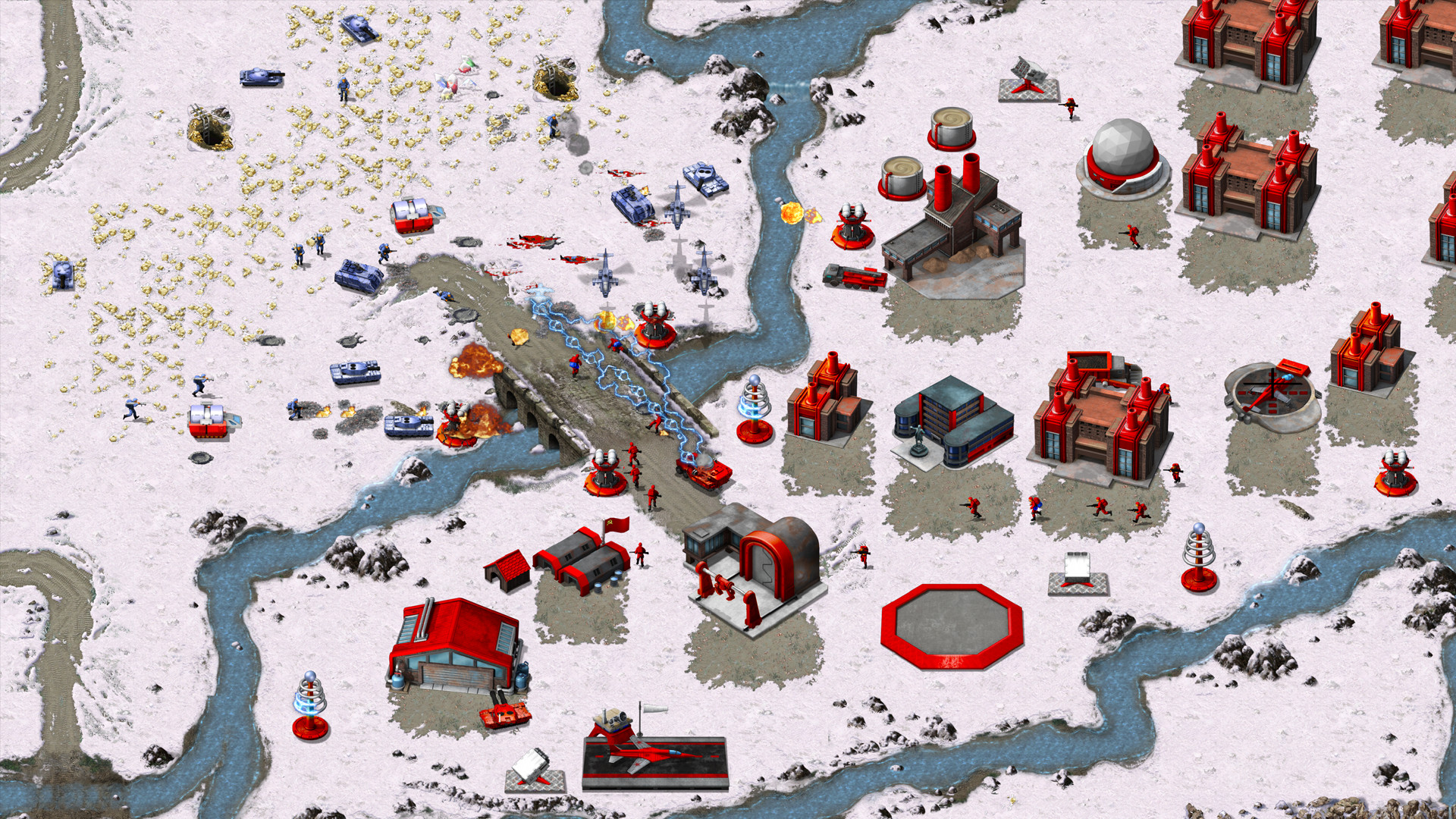 Nostalgia is one of the main motives that defines this generation, and probably the era we are living in. We are witnessing comebacks of many games, movies, and TV shows that determined our childhoods and early adolescence. Obviously, the entertainment and gaming industry will use this fact. In that transparent attempt to use our vulnerability, many will deliver empty products that don’t move any emotional string.

Mutual work of Petroglyph and Electronic Arts didn’t result in a void game that tries to impress with astonishing visuals or never seen before technical capabilities. Indeed, this game has splendid and enhanced visuals and audio, but that’s not at the core of what makes it special.

Instead, this edition is what it claims to be. A remastered version that stays devoted to the original and keeps its classic essence. You can see it in the opening and the use of the classic Westwood Studios logo. Or in the same installation process that we saw in the ‘90s, which ends up in a 4K resolution upgrade. That’s how you properly satisfy the gamer’s nostalgic craving. By breathing life back into the original that was the first strategy game for many players.

Command & Conquer: Remastered Collection can justifiably go into history as an edition that pays an honest tribute to the iconic classic, while also delivering refreshed and improved gaming experience.