For some, Call of Duty is in the midst of an identity crisis. 2017’s Call of Duty: WWII returned the series to its early-2000s roots but couldn’t quite manage to capture the magic momentum of the franchise at its best. In 2018, Treyarch took its turn with Black Ops 4, a game that garnered its fair share of criticism thanks to a lack of single-player content and a perceived attempt to keep up with the battle royale-loving Joneses.

With that in mind, it’s no surprise that when Infinity Ward’s turn once again rolled around after the lukewarm reception of 2016’s Infinite Warfare, the studio would want to try and recapture what Call of Duty meant during its heyday. What better way to do that than to revisit the one sub-franchise that’s always proven popular with critics and fans alike, namely Modern Warfare?

Thus, we have Call of Duty: Modern Warfare, a deliberately-named attempt to get back to basics, to understand and present the core intrinsic Call of Duty values in a definitive experience. Those values are variable, but at the core of every good Call of Duty game is a political narrative trying to understand conflict from both sides, excellent gunplay, and extremely solid multiplayer. It’s a lofty mission, but Modern Warfare mostly succeeds. 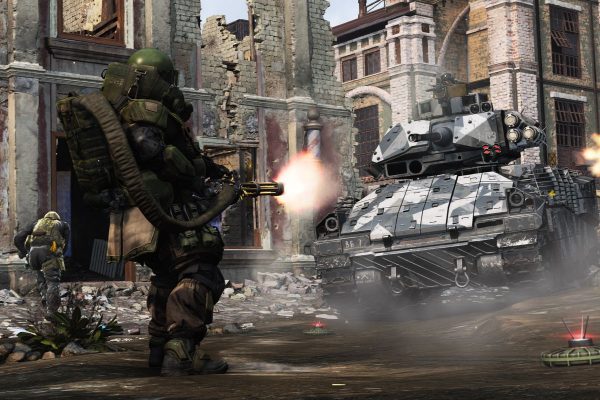 First, it’s important to note that there’s a single-player campaign now. If you were turned off 2018’s Black Ops 4 because of its lack of story mode, you’ll be pleased to know Modern Warfare rectifies this particular mistake. The single-player focuses on Chad Michael Collins’ Alex, a CIA officer who must recover stolen chemicals and try to defuse growing tensions with Russia. The intention to mirror real-world politics is writ large.

Much has been made of Modern Warfare’s attempt to analyse and understand real-world conflicts as they stand today, and the plot is largely a success in this regard. It deals with the ways in which terrorism blights not only those fighting it but those embedded within the communities many terrorists claim to be protecting. Infinity Ward has clearly tried hard to see the conflict from both sides, and it’s a promising step in the right direction.

Unfortunately, that can’t be said for the entirety of the single-player campaign. Call of Duty still hasn’t quite learned its lessons from earlier games, so much of the story mode here is simply a setpiece-riddled marathon with little interactivity or meaningful player choice. That’s not to say it isn’t enjoyable; as a series of choreographed moments, Modern Warfare’s story mode is up there with the best of its franchise. It could just use a little more gameplay.

Some praise should be given to Infinity Ward for resisting the obvious urge to turn Modern Warfare’s single-player campaign into a mindless Borderlands-style loot-gathering expedition or a massive empty open-world bunch of nothingness. When it works, the campaign here works because it knows exactly what it wants to be: a linear sequence of gunfights broken up by some intriguing politicking.

Of course, it’s not all about the story, although that area certainly warrants special mention. No, Call of Duty has always revolved around one element: the gunplay. If the guns don’t feel weighty and satisfying, then Call of Duty simply won’t work. The bulk of most players’ time with this game will be spent on multiplayer, so tuning those mechanics and making sure they’re effective is crucial. 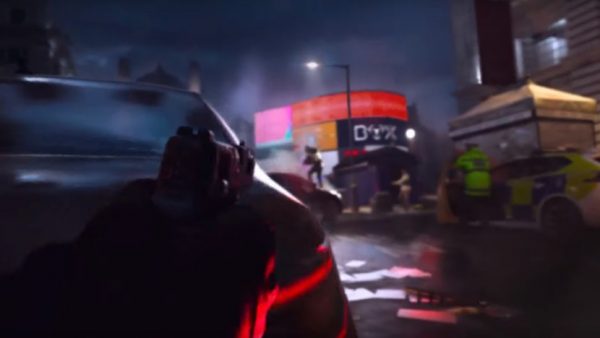 Thankfully, it seems Infinity Ward has done its homework in this area too. Call of Duty: Modern Warfare boasts what might be the most enjoyably punchy and weighty combat the series has ever seen. Weapon feedback isn’t quite on the level of DOOM, but it’s not far off. From assault rifles to silenced pistols, each weapon feels unique and delivers a realism that’s unprecedented in modern video games. Modern Warfare just feels damn good to play.

Making its return from the Modern Warfare franchise of yore is the co-operative Spec Ops mode. You and a friend can play through this mode together, and if you’ve ever spent feverish evenings together cursing at the Director’s cruelty in Left 4 Dead, you’ll feel right at home here. Spec Ops plays like a combination of Gears of War’s Horde mode and the aforementioned zombie shooter, and it’s all the better for it.

Perhaps Modern Warfare’s most successful new mode, however, is Realism. This mode removes heads-up display elements and makes headshots one-hit kills, vastly increasing the damage you’ll take from other gunshots too. This transforms Modern Warfare’s usually frenetic multiplayer into a slow-paced, tense battle for survival. We had the most fun with Realism that we’ve had in a Call of Duty game for a very long time. 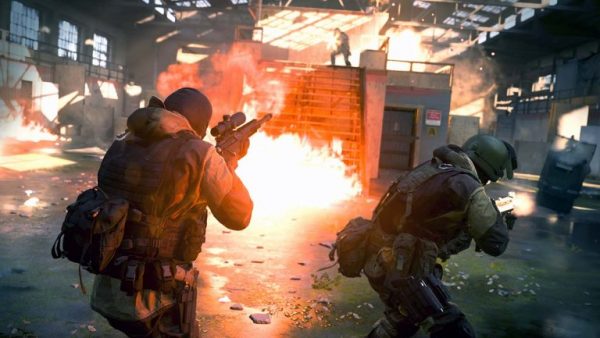 Elsewhere in the multiplayer, it’s very much business as usual. If you like Call of Duty’s penchant for huge, chaotic maps full of enemies, killstreaks, and players with more perks than you (the matchmaking didn’t quite work as we wanted it to), then you’ll feel right at home here. There hasn’t been much of an effort made to refine the classic formula; everything very much feels like a Call of Duty game.

In summary, Call of Duty: Modern Warfare is a step up for the series, even if it isn’t quite the quantum leap Call of Duty needs to make if it wants to survive the coming looter-shooter apocalypse. Solid and robust storytelling in the campaign make up for a lack of balance in multiplayer, and the gunplay feels better than it ever has. This won’t change your mind if you’re not a franchise fan, but it’ll give you another helping of the franchise you love.