If you’re unfamiliar with the Breath of Fire series, here’s a quick primer. It’s a JRPG franchise that’s been running since 1993, when the original game launched for SNES in Japan. Since then, Breath of Fire has grown to become a successful, if somewhat cult, RPG franchise; if you love JRPGs, you’ve probably already heard of it, but if this isn’t your genre, you might not be familiar with the name. Broadly speaking, each Breath of Fire game follows a similar template; a young boy named Ryu who can turn into a dragon, a princess named Nina, and a number of other common elements. 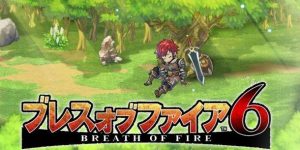 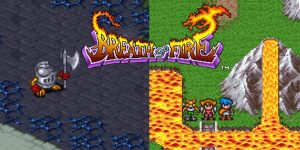 If you’re going to play Breath of Fire, we’d generally recommend the Game Boy Advance port over the original SNES game. It makes a number of crucial adjustments to the game’s balance and presentation, so it’s a more user-friendly experience, all told. The original Breath of Fire is very much the beginning of a series; it’s a generic JRPG with a few neat twists, but if you’re looking for the kind of nuanced storytelling and vibrant presentation of the later games, you won’t find it here. However, if you’re looking for a perfectly pleasant RPG to pass the time, Breath of Fire will do. The original SNES version is available on Nintendo Switch Online, too. Experimentation is a good thing. It’s how a series finds a way to continue after establishing itself; the Final Fantasy series wouldn’t be anywhere near as beloved as it is if each successive iteration didn’t try something new. That’s what Dragon Quarter represents. It’s an unusual approach to the traditional Breath of Fire formula, one that calls forward to roguelikes and games like The Outer Wilds. All the usual elements – Ryu, Nina, dragons – are here, but Dragon Quarter takes place in a gloomy dystopian underground setting and features something akin to permadeath. Replays uncover more of the story, so this is very much a game you’re supposed to revisit. The experiment isn’t entirely successful, but this game is far from bad. 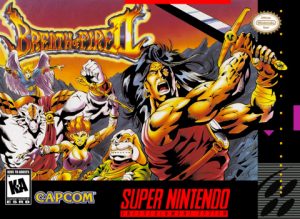 The second Breath of Fire game came out just over a year after its predecessor, but a lot changed in that time. The narrative was greatly expanded, as were the gameplay options available to you; this was the first Breath of Fire game in which you could build and maintain your own village, a staple that would be revisited in subsequent instalments. With more satisfying combat, much more likeable characters, and a more engaging and involving story that took place 500 years after the original Breath of Fire, this is the first truly essential game in the Breath of Fire series. If you’re looking for somewhere to start with this franchise and you favour innovation over simplicity, Breath of Fire II is your game. 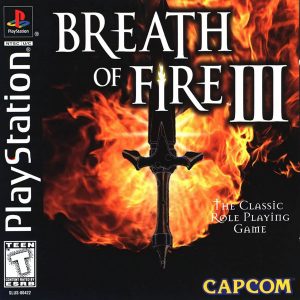 You can think of the top two games in this list as equals rather than successive items. We had to place one of them second, and so by a hair’s breadth, it’s Breath of Fire III, the first instalment in the series on PlayStation. The graphics aren’t anything to write home about, but Breath of Fire III’s world is expansive and beautiful, its characters are compelling, and its music bursts with jazzy, expressive life. This is a hugely varied JRPG; you won’t just be exploring dungeons and reckoning with monsters here, but also trying to orienteer across a vast plain, building a village for faeries, and experimenting endlessly with different dragon forms for Ryu. 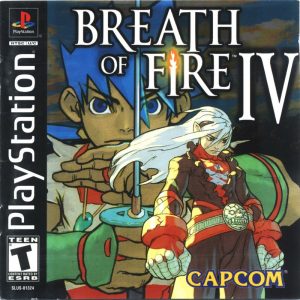 You’ll find a lot of debate online over whether Breath of Fire IV or III is the better game. We’re glad we exist in a world where it’s possible to play both of them, but Breath of Fire IV inches it for its breathtaking dual-character structure. The game simultaneously follows blue-haired dragon protagonist Ryu and the god-emperor Fou-Lu, who’s awakening after a protracted sleep to find that his empire is not what it used to be. What follows is a surprisingly deep and nuanced story about finding your place in the world, forging your own destiny, and getting to grips with change. There’s also an excellent JRPG in here, one with a complex and rewarding combat system and a killer soundtrack.

With an ever-evolving gaming industry, it can take a lot of work to keep up with all the fantastic new titles. Fortunately, we have...
Read more
0 0 votes
Article Rating