Developed by HeSaw and published by Focus Home Interactive, Blue Estate is an arcade style rail-shooter game based on Viktor Kalvachev’s Eisner Awards – nominated Blue Estate comic books. Players get to assume the role of L.A. mob boss Don Luciano’s homicidal son, Tony Luciano, who is psychotically tearing a bloody path through the Silk gang to rescue his kidnapped girlfriend. Players also get to play as Clarence, an ex-navy seal who is trying to end the violence and clean up behind Tony. 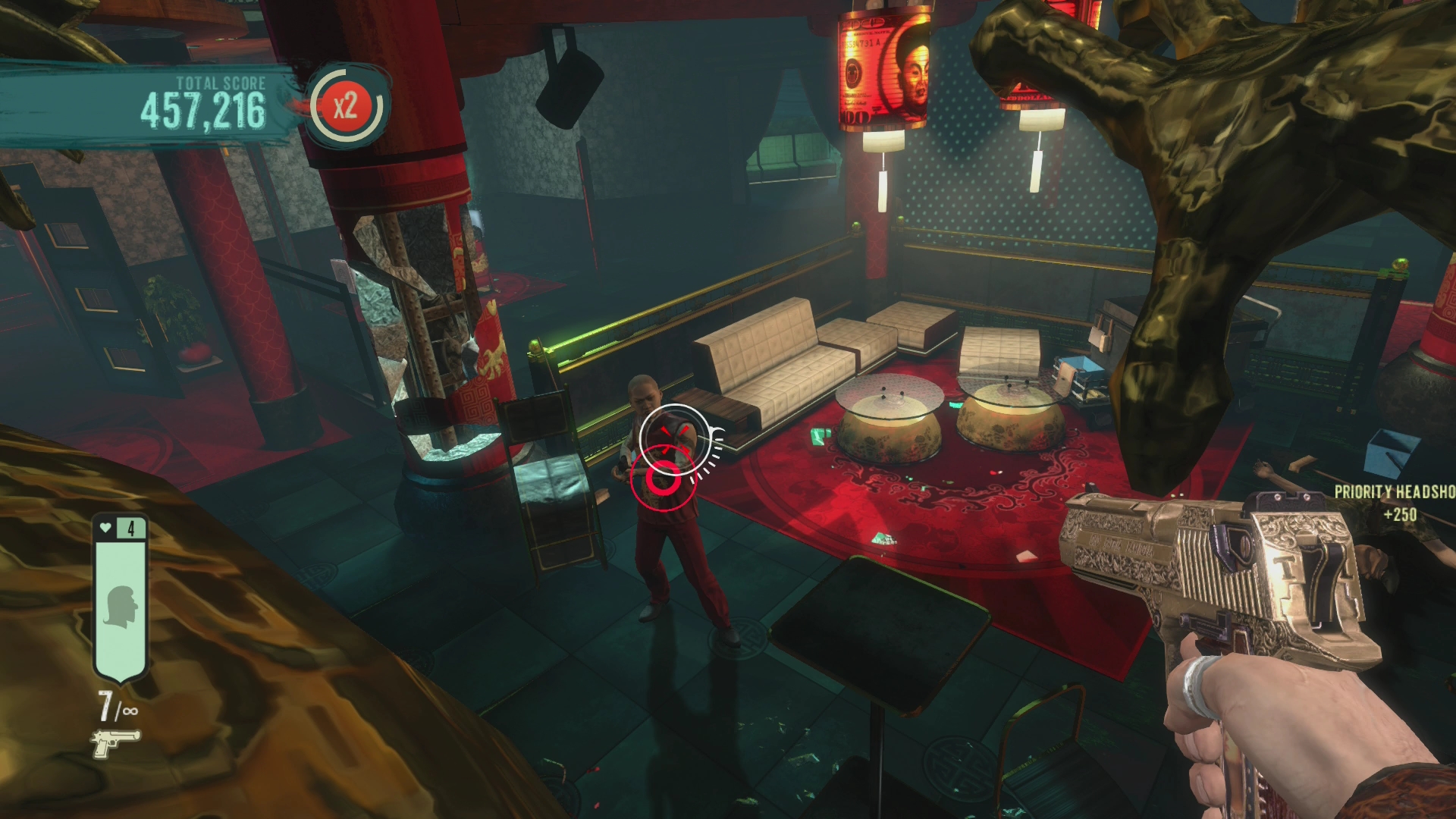 Unfortunately, Blue Estate (the old school arcade rail-shooter styled game) has not been met with the enthusiasm hoped for. While the sounds and graphics are much better than the old arcade games, due to next-gen gaming technology, the atrocious one-liners, distasteful humor, repetitive gameplay and lagging controls leave much to be desired.

• Aiming is lagged and often requires in-game calibration
• The use of the touchpad serves very little actual gameplay function
• Stereotypical characters that are poorly developed
• Same generic enemies and characters on each new level
• Extreme overuse of profane un-witty one-liners, and artlessly offensive racist and sexist humor
• Lengthy and repetitive gameplay
• Only 3-4 hours of gameplay for an expensive price

The game does actually manage to represent the stand-up arcade style rail games, however, its heritage does little to save it from the continually disappointing onslaught of poor dialogue, repetitive levels and raunchy humor. Playing as either Tony or Clarence, there really isn’t much more to this game than repeatedly pulling the trigger button to blast through your enemies on a predetermined course on a mission to save Tony’s stripper girlfriend, Cherry. Which, in itself would not be so bad (as any 90’s gamer can attest) if it were not for the continuously inane dialogue, unamusing jokes and one-liners, and poor gaming controls. 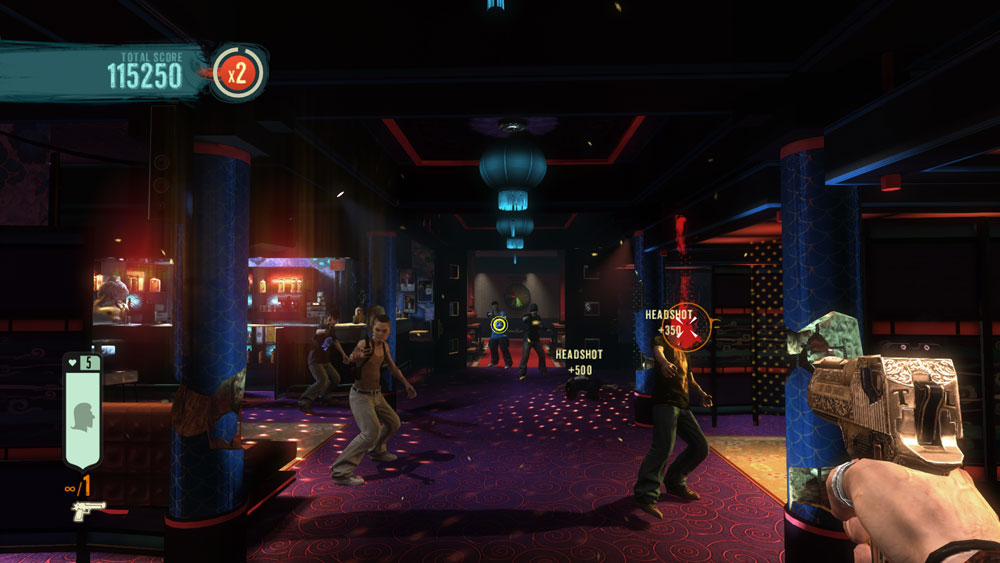 The weapons are actually pretty good, considering that you get a handgun with an unlimited amount of ammo and a few other full-on-destructive weapons. When the controls are actually working properly, the game is almost fun.

One of the biggest annoyances of this game is the controls. While the game gets kudos for the idea of using the DualShock 4 to point and shoot, unfortunately, the implementation of this idea is sorely lacking. The aiming is often lagging with the crosshair routinely disappearing altogether, and the player has to manually refocus using the in-game recalibration button. This is especially annoying when you are being swarmed by a pack of the same goons that you just beat in the previous level. It leaves one to wonder if this was intentional or if the developers just started slacking off. Considering the capabilities of the DualShock 4, the controls of this game leave much to be desired. It does implement the use of the touchpad, however, it is mainly only used to brush the hair out of your face and slam doors.

The scenery is pretty interesting and interactive as you navigate through strip clubs, gang lairs and restaurants. There are also areas where you get to smash and destroy objects within the scenery. Central character animations are also pretty lively and fun, even if the characters are stereotypical. The voice work was performed well, but the stereotypical dialogues, profanity and poor humor makes it hard to tolerate. The soundtrack goes with the movements and gun fighting fairly well, but that is about it. 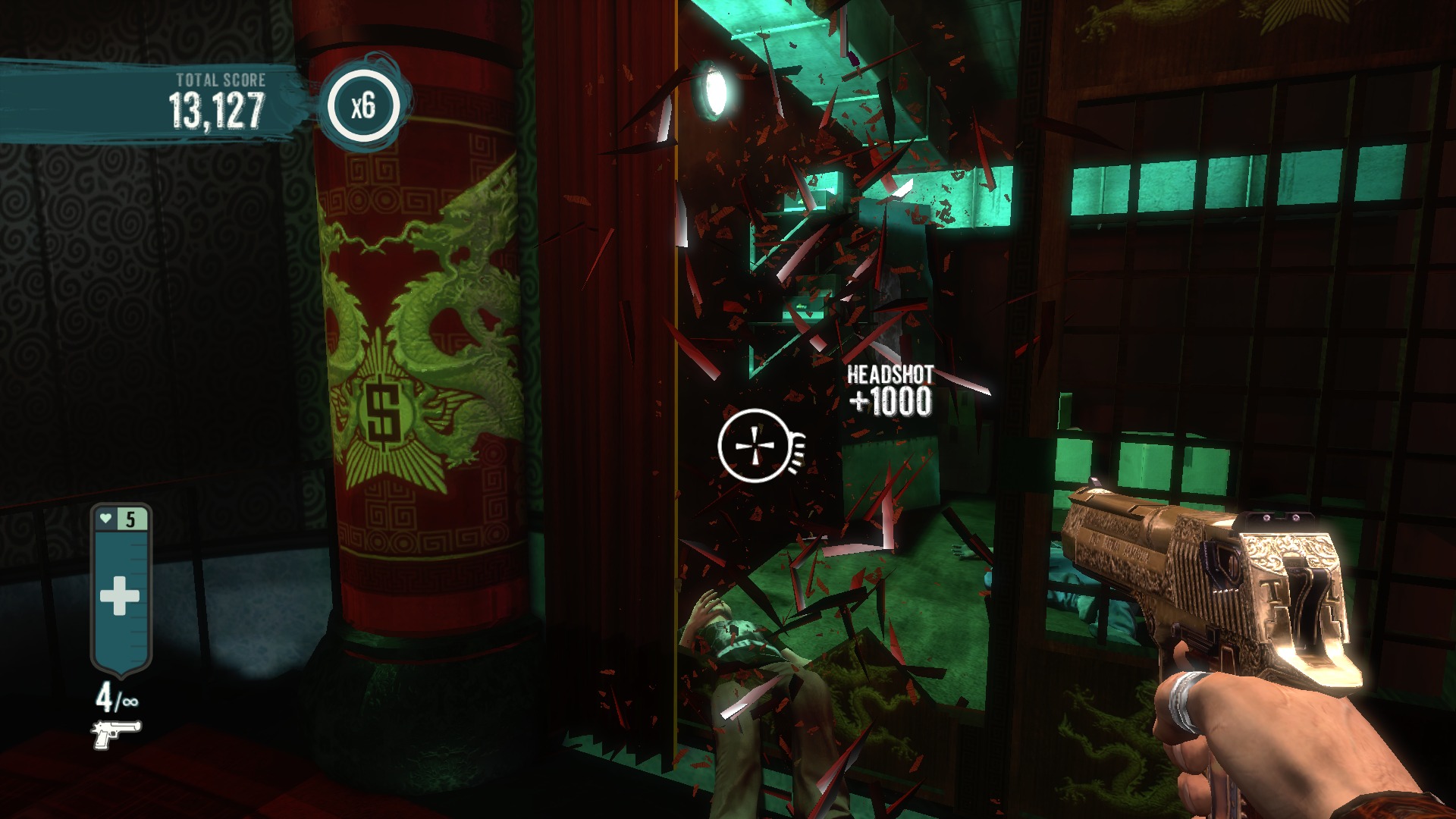 While this type of game may appeal to some, the majority of players were left shaking their heads. Blue Estate would probably have been much better received if the controls, gameplay, and non-main characters had received the care and attention that the dialogue did.

It’s been a long, hard road for Scorn. The interactive flesh nightmare has been in production in one way or another since 2013, when...
Read more
0 0 votes
Article Rating