Compelling Director Darren Aronofsky leaps onto the stage of obsessive horror once more for Black Swan. Never lacking in power or imagery that resonates, this metamorphic waltz with the personal sacrifices of artistic perfection is orchestrated so that every note unbalances, prying beyond projection.

Taking the most recognized of balletic productions Swan Lake and pirouetting off stage to tell the characters stories through fittingly a tale of woe that is allegoric in its harrowing events. As nightmare and reality become indistinguishable, vile metamorphosis eclipses stability at the price of befallen beauty in an eroding art.

Nina (Natalie Portman) the pretty ballerina yearns to achieve her dreams of a flawless repertoire. Endlessly practicing to the point of self-inflicted torture she is committed to one goal at the expense of social maturity and self-identity. This stifled growth is her Achilles heel, the one thing that cripples her creative expression denying sheer excellence.

This is a world of savage competition and continuous mental and physical dedication to craft at the expense of empathy or sincere human interaction. Nina’s egocentric, Stage Director Thomas Leroy (Vincent Cassel) barks orders with pompous arrogance, manipulating peak performance and exploiting his position for Svengalian gain. Seeing past Nina’s frigid exterior he casts her as prima ballerina for his pared back production of Swan Lake.

Embarking on a journey to dismantle her strict regime, the coaxing and constant prodding of her instructor forces accelerated experimentation beyond the threshold of Nina’s crumbling id.

The innocence and beauty of the role as white swan poses no challenge. It’s the sexual aggression and dark freedom of hedonistic spirit that must be evoked from the black swan that will disintegrate Nina’s reality and force a violent conflict between light and dark. 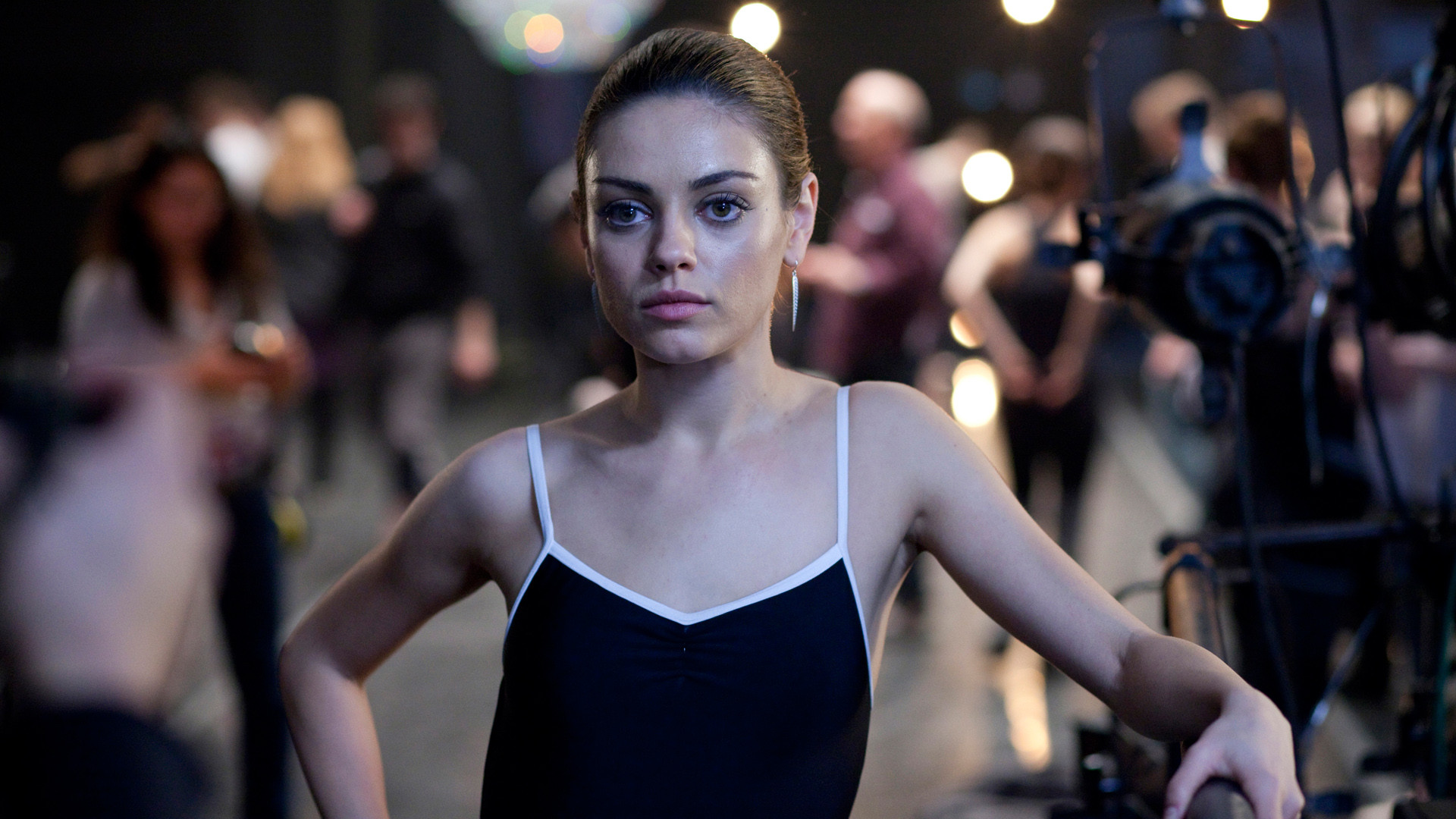 Pulsating with operatic power and desperate anxiety, impressively the film distills the psycho-sexual trauma of Depalma (Dressed to Kill), the introverted depths of Cassavettes (Opening Night) and the grandiose suspense of Argento (Opera), with aplomb. Reflecting the lead characters crumbling composition Aronofsky’s (Requiem for a Dream, Pi) film operates on a heightened level of insanity without staggering into comedic farce. That the film retains its prestige and class is an impressive feat considering the lofty complexity of emotion communicated in the rigorous melodrama.

Matthew Libatique’s intimate cinematography realizes the performers dizzying gymnast precision and physical grace. By design, mirrors or reflective surfaces populate most all scenes outside of when Nina is onstage. Critical to the subconscious destruction, the symbolism visualizes the relentless, sweating, tearing, thrashing of Nina’s own experiences.

Refusing to allegro the pace the gradual descent is fractional, slipping into the ferocious confusion of an unstable perspective. What is real and what is hallucination spinning exponentially to make every moment preoccupied with suspenseful excess.

First time screenwriter Andres Heinz gets story credit and Producer turned writer Mark Heyman (The Wrestler) and John J McLaughlin collaborated on the screenplay but the script is certainly stamped with Aronofsky’s trademark flourishes. Originally penned as The Understudy, an expose of New York Theatre, by transposing events to the land of first position, second position the Director explores an obsession and in the process makes a very self possessed film. The character of Nina was initially conceived as part of The Wrestler and there is certainly a merging of structure, theme and tone between the scripts.

Taking all the hazardous material and pitfall laden aspirations and making it work on paper is one thing but it could have all so easily become folly without Natalie Portman’s (Leon: The Professional, Beautiful Girls) mesmerizing portrayal under the spotlight. Committing herself to a grueling regime of ballet study and fitness training she sculpted herself into the character’s form with absolute dominance. The broken glass hysteria, dainty footsteps, porcelain concentration and intricate motivations make it impossible to wane concentration as the character’s persona bisects under the omnipresent specter of madness.

As the new arrival to the company, Mila Kunis’s (Family Guy, Extract) Lily tempts and reflects everything that Nina lacks. In the part Kunis free spirited individuality seduces.

On imdb.com, according to the coolest Frenchman since Alain Delon, Vincent Cassel (La Haine, Mesrine) says that Thomas was based on co-founder of the New York City Ballet George Balanchine. “A control freak, a true artist using sexuality to direct his dancers”. Cassel’s portrayal is volatile, menacing and unpredictable adding further texture to a cast that could have played into stereotype.

As Nina’s over bearing mother Barbara Hershey (Boxcar Bertha, The Stunt Man) controls the passive aggressive and manipulative nature of her role making Erica’s motives understood no matter how damaging they are to her daughter.

Capable of more, Winona Ryder (Heathers, A Scanner Darkly) over plays the pathos of Beth McIntyre, the shunned diva past her prime. By no means dragging the film down as some have claimed Ryder still rises the angst of her scenes.

0
"Games give you a chance to excel, and if you're playing in good company, you don't even mind if you lose because you had...
Read more

0
Ti West’s The House of the Devil is a rarity. A back-to-basics throwback to the horror fundamentals of the late 70s and early 80s,...
Read more
0 0 vote
Article Rating