When you first lay eyes on “Banished” it’s easy to simply think that it’s just another strategy / sim title which involves building cities – nothing particularly new, in other words.  Of course if you did this then you would seriously be short-selling this wonderfully inventive and rustically-styled game.  You essentially act as some sort of omnipresent guide whose goal is to make sure that a burgeoning settlement of outcasts is able to grow and thrive.  Think of it as a spin on a familiar theme – a kind of sim city-meets-Elder Scrolls-type affair, where you’re treated to a RTS game interface and the bucolic environment of fantasy title. 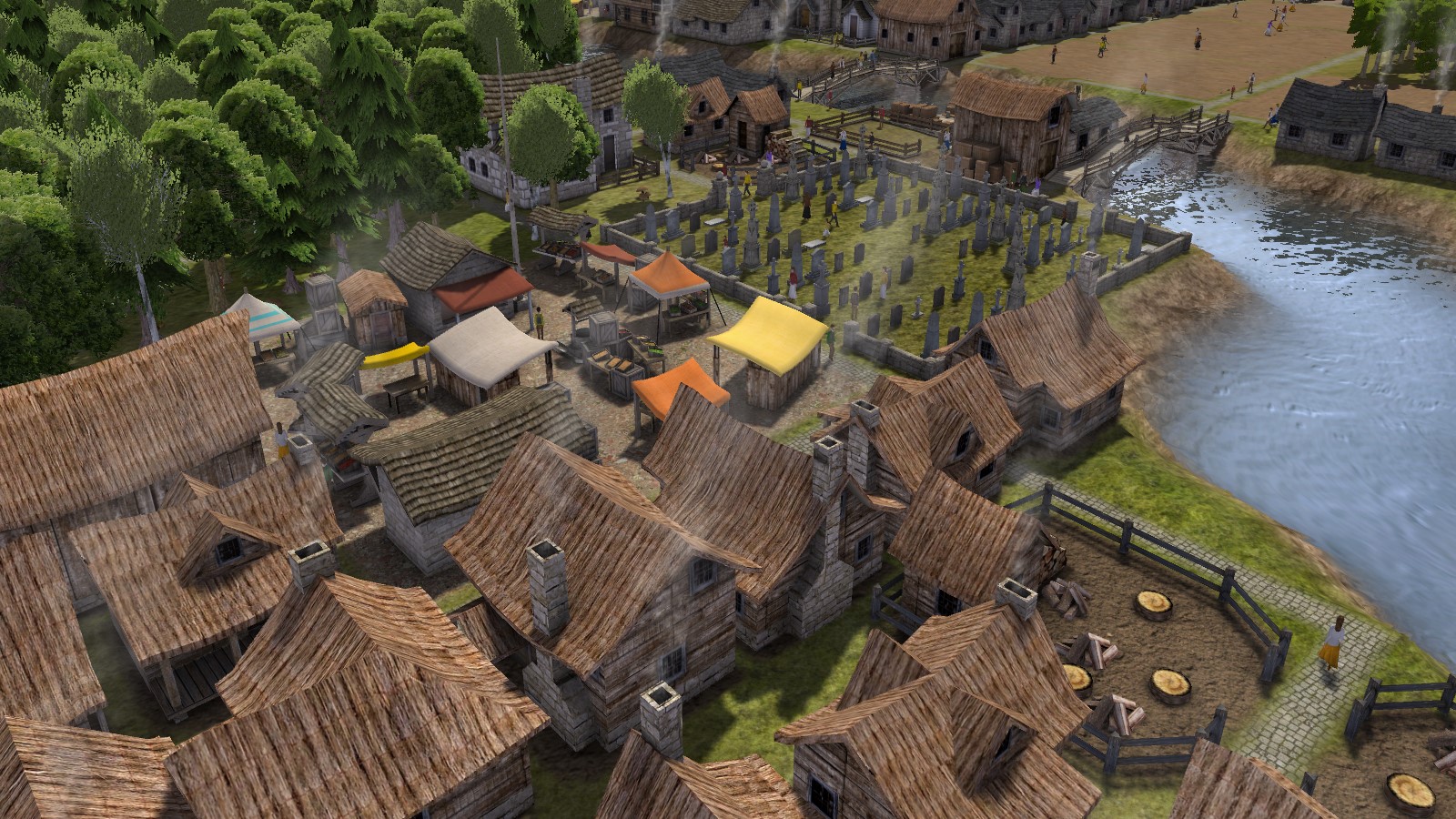 Unlike a lot of other games which might include plenty of oddball elements and focus more on violence and warfare, “Banished” is more or less solely centered on resource management.   This really isn’t the sort of title you play because you want to be riddled with excitement and fanfare; on the contrary, it’s more about tranquility and basking in the ebb and flow of emulated nature than anything else.  You’re basically an invisible force in the clouds which witnesses the unfolding of activity around a constantly evolving human settlement with the ability to directly influence them.  In any case, the basic idea is to figure out a way to create a true equilibrium, where development doesn’t give rise to chaos and the rate of expansion is stabilized.

One of the stronger aspects of “Banished” is its graphics and sound.  Again, the point of this game is to treat the player to some rather relaxing, yet puzzling situations which are more or less borne of situational physics.  In other words, you’re not so much being floored by a dazzling array of impressive lighting effects so much as you’re simply enjoying the pleasant atmosphere and scenery.  Events like the changing of the seasons not only switch up the visuals (most impressively) they also serve as bookends for “levels”, if you will.  In short, everything from the rather straightforward, uncluttered UI to the layout of the land itself serves to provide you with critical data which you can then use as strategy fodder. 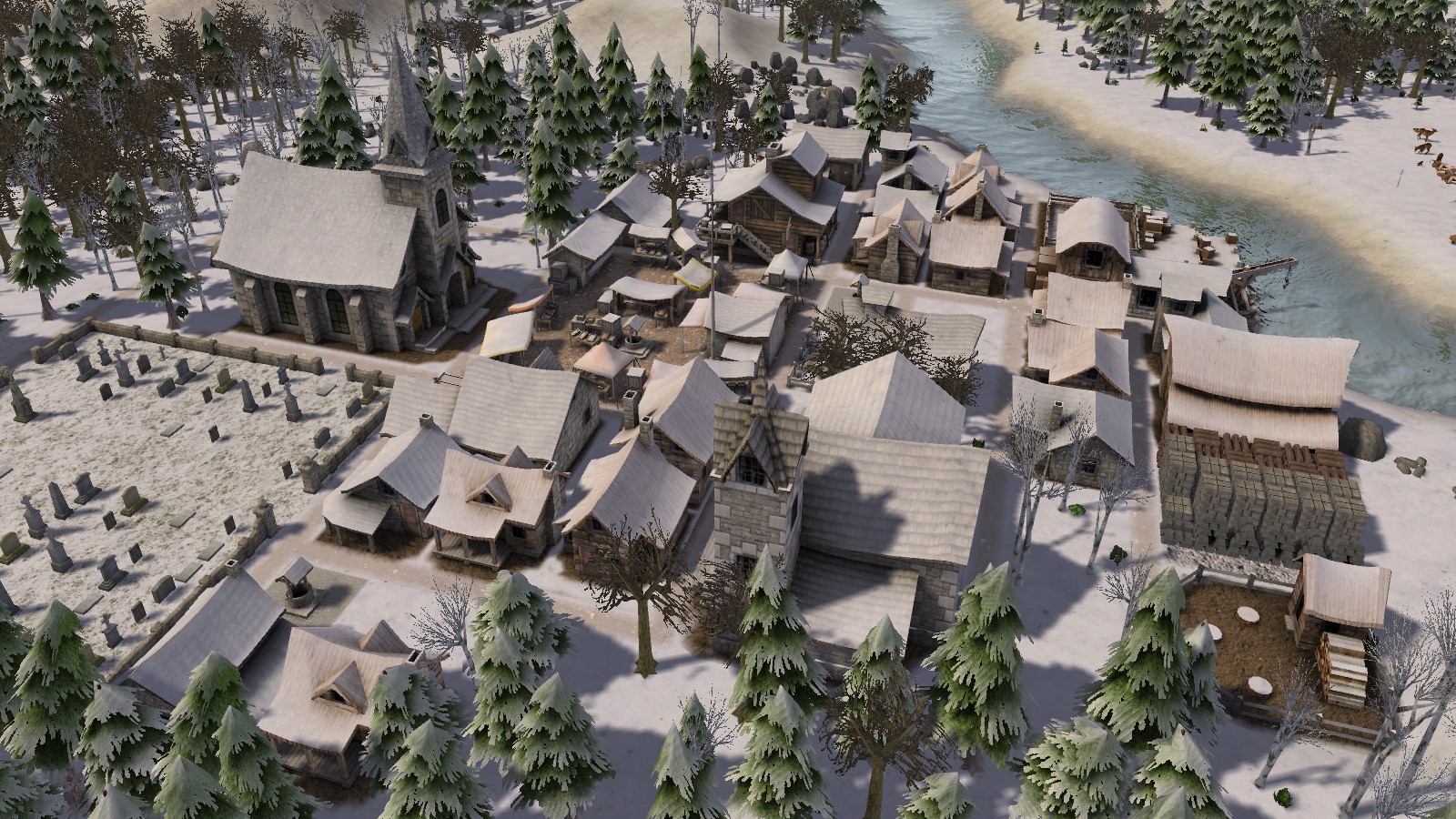 What makes “Banished” such a fulfilling title however, is its gameplay – which is both harsh at times as well as multilayered.  Like a puzzle which consists of a series of choices, each of which influences many other factors, this game will very quickly have you thinking like a city planner.  Seemingly simple factors such as the rate at which you build houses, the median age of the population or the distance workers will have to trek each day, will strongly influence how things play out in the long run.   Regardless of how inventive or cunning you might think you are, all it takes is one or two harsh winters to really mess everything up. 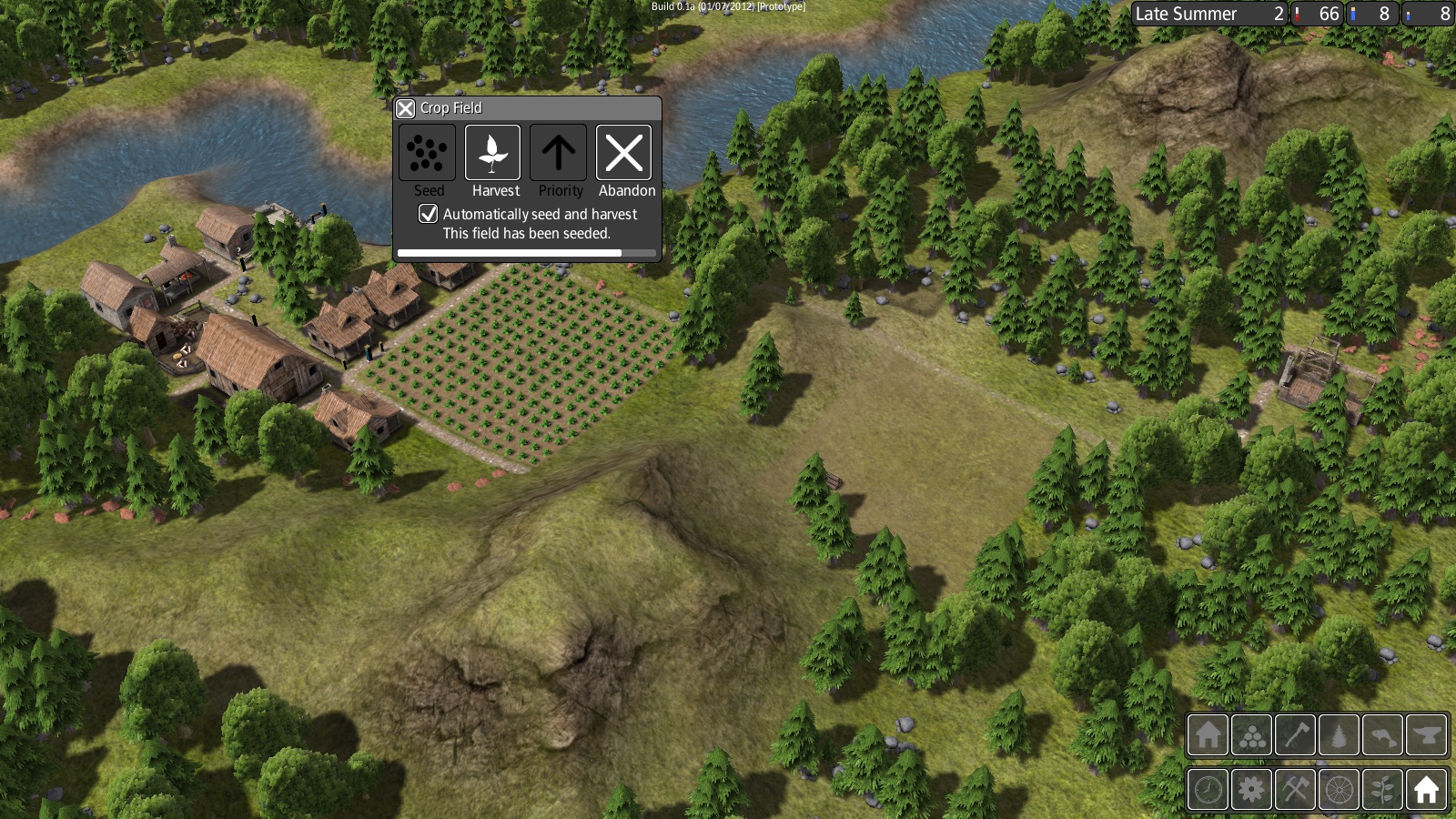