Act of Aggression – The Game C&C Fans Have Been Waiting for?

It could be argued that the RTS genre was partly defined thanks to the C&C series, growing in popularity with every release since 1995. After all, the idea that you could resource gather, build up a base and then defend or attack the enemy was one that worked extremely well. However, the series appeared to reach its peak within the era of Westwood Studios, and ever since, things haven’t really felt the same. EA’s attempts to conquer, yes, pun intended, this series were seemingly unsuccessful. 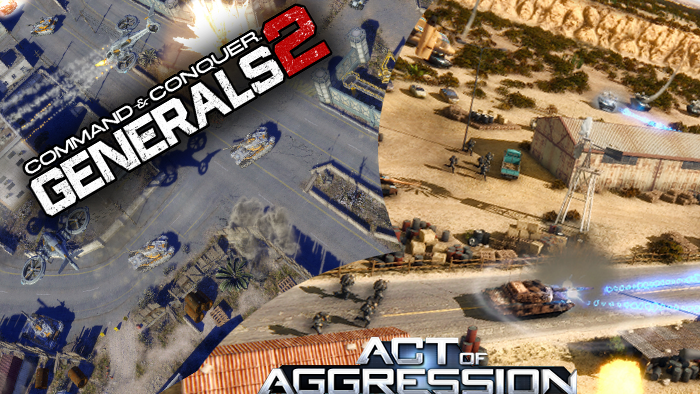 Perhaps it was the announcement of Command and Conquer: Generals 2 that had a large number of fans excited, many thinking EA might not be the big bad wolf, after all. But this faith would be completely dashed as EA decided to cancel the game. Furthermore, EA used GameSpy to run online multiplayer gameplay for many of their titles – however, GameSpy closed not too long ago, leaving players with no real method to play online,  talk about rubbing salt into the wound. Although, it should be noted that some community driven projects have allowed multiplayer access for those who know how – see here.

It’s fair to say that Westwood Studios were the magicians behind the series, and EA were the destroyers. But, the beauty about this is that other publishers and developers were literally on Red Alert, and ready to provide their very own offering.

Act of Aggression will be entering the world of RTS this September, and we’ll have Focus Home Interactive to thank for this. With bold claims such as “Act of Aggression is an explosive techno-thriller real-time strategy game hailing from the Golden Era of RTS”, you can’t help but feel as though we should be onto something special here. After all, it follows the same recipe that made the C&C series so popular: resource gathering, base building, tech upgrading, online match making, and battle! 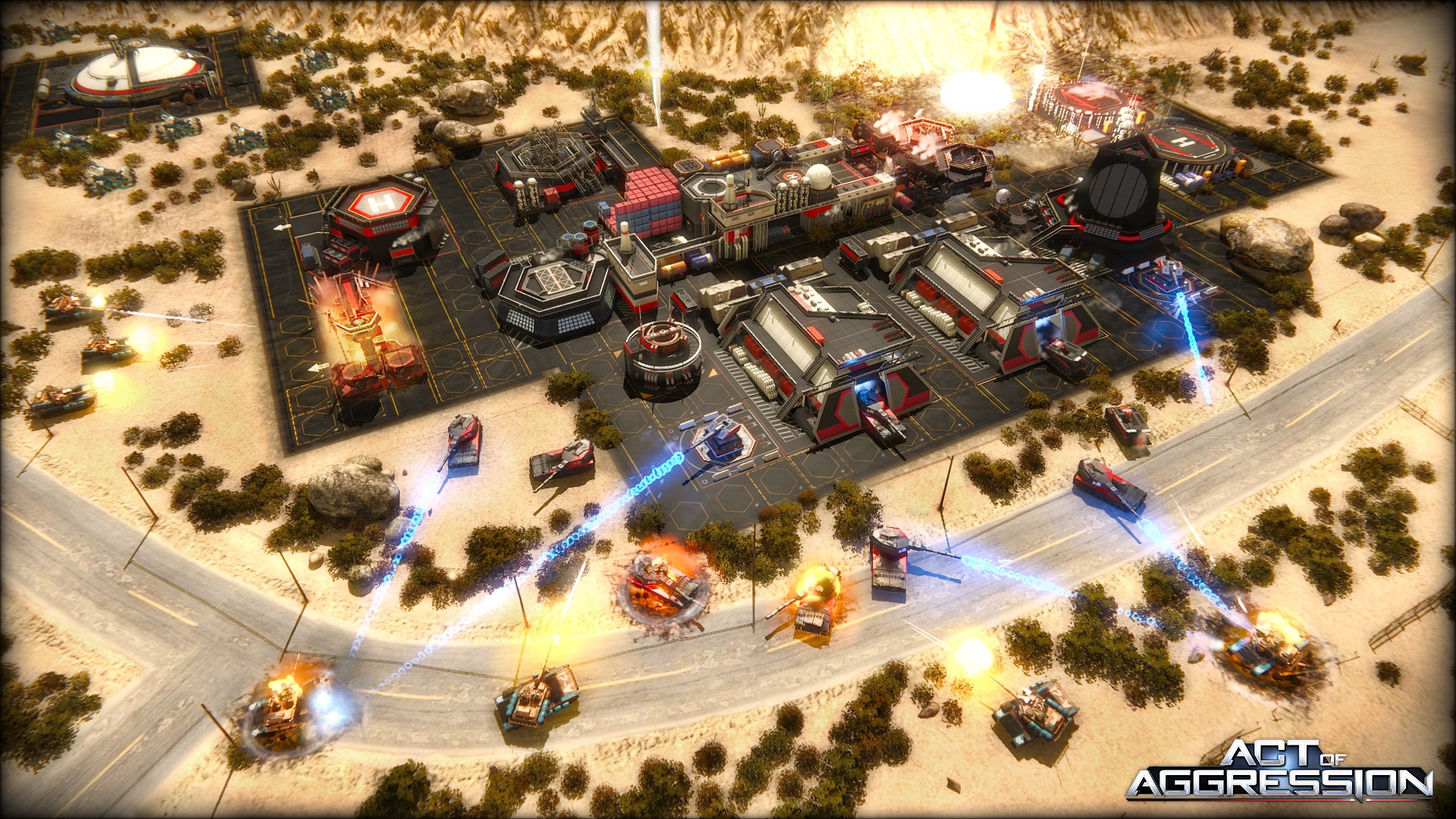 Whilst it all sounds fine on paper, the screenshots, trailers, and dedication all seem like a good indication that AOA could be the Generals 2 we never received. It sounds familiar and similar in so many ways, in fact, it sounds much better.

Gameplay will involve three superpower factions within a near-future world. Each faction will have its own special abilities with unique weapons and buildings. Resource gathering will be crucial, capturing banks will attract the most attention due to the huge financial rewards, so watch your back! However, banks are like the oil derricks of C&C, you’ll also have the fun of resource hunting, these include – Aluminium, Oil and Rare earth. It should also be noted that the visuals look impressive, capturing the strategic gameplay very well. Thankfully, the advanced world isn’t that futuristic, meaning things look fairly routine and realistic, after all, it’s got nothing in common with StarCraft. 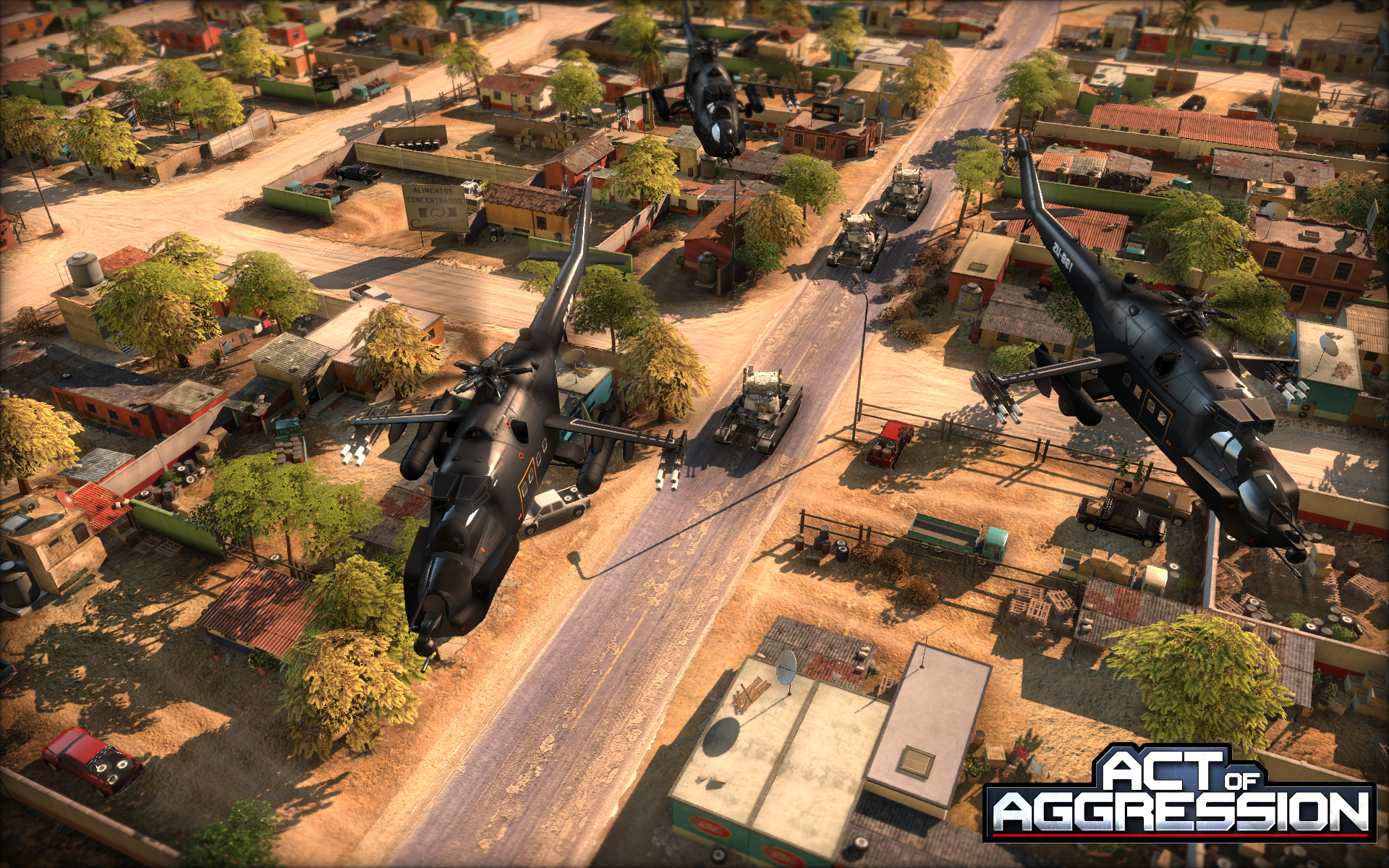 Could we be re-entering a golden age of RTS? Or should we be preparing for yet another let down? Let’s just hope Act of Aggression delivers something great. After all, from what we’ve seen, it’s shaping up to be a gem.