Eugen Systems has just released its Act of Aggression pre-alpha PC gameplay trailer on YouTube, and a surge of excitement has already built up for this upcoming game across the RTS community.

Even though the preview video is just a short teaser trailer for now, Eugen Systems has been consistently touting that Act of Aggression will bring back the 1990s Golden Era of real time strategy (RTS) games. In particular, the PC game will resurrect many of the core elements that many RTS fans have missed since the peak of classic RTS games like StarCraft and Command & Conquer. 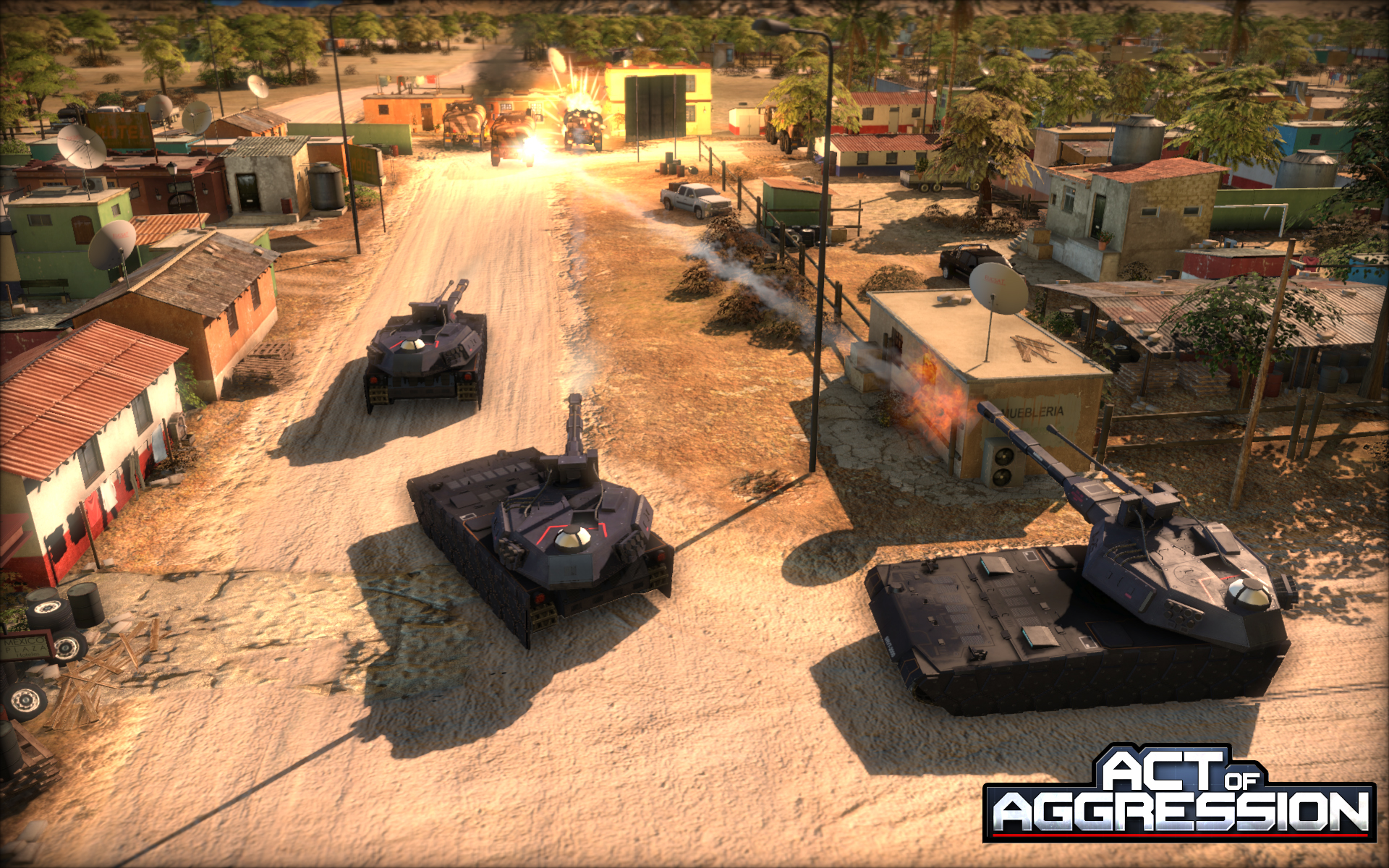 This is not the first time that Eugen have developed an RTS video game. In 2005, Eugen developed Act of War: Direct Action, and in 2006 they created Act of War: High Treason, both of which were made for the PC platform. Apparently, the highly anticipated Act of Aggression will be the indirect successor of Eugen System’s previous Art of War games, and that’s why the titles are so similar.

Act of Aggression is set in the near future of the 2020s, where many countries have become bankrupt due to a global economic meltdown. As a result, the Cartel organization and its secretive operatives have infiltrated several of the world’s governments and other powerful agencies. The Cartel has also encroached on the power of the United States and the United Nations, forcing both the US Army and the United Nations to respond militarily.

When you take a look at the Act of Aggression preview footage, you’ll find that gamers can choose to play as one of those three factions: the United States Army, the Cartel and the UN’s Chimera. In the Act of Aggression world, the US Army comprises of a brute force of US veterans who use modern firearms and defence technology. The Cartel, on the other hand, is an organization created out of private military contracts, whose covert mercenaries are stealthy and powerful with cutting edge weapons, but they are expensive and difficult to control. Finally, the Chimera is an international task force funded by the United Nations, consisting of personnel from various countries that make up the UN. 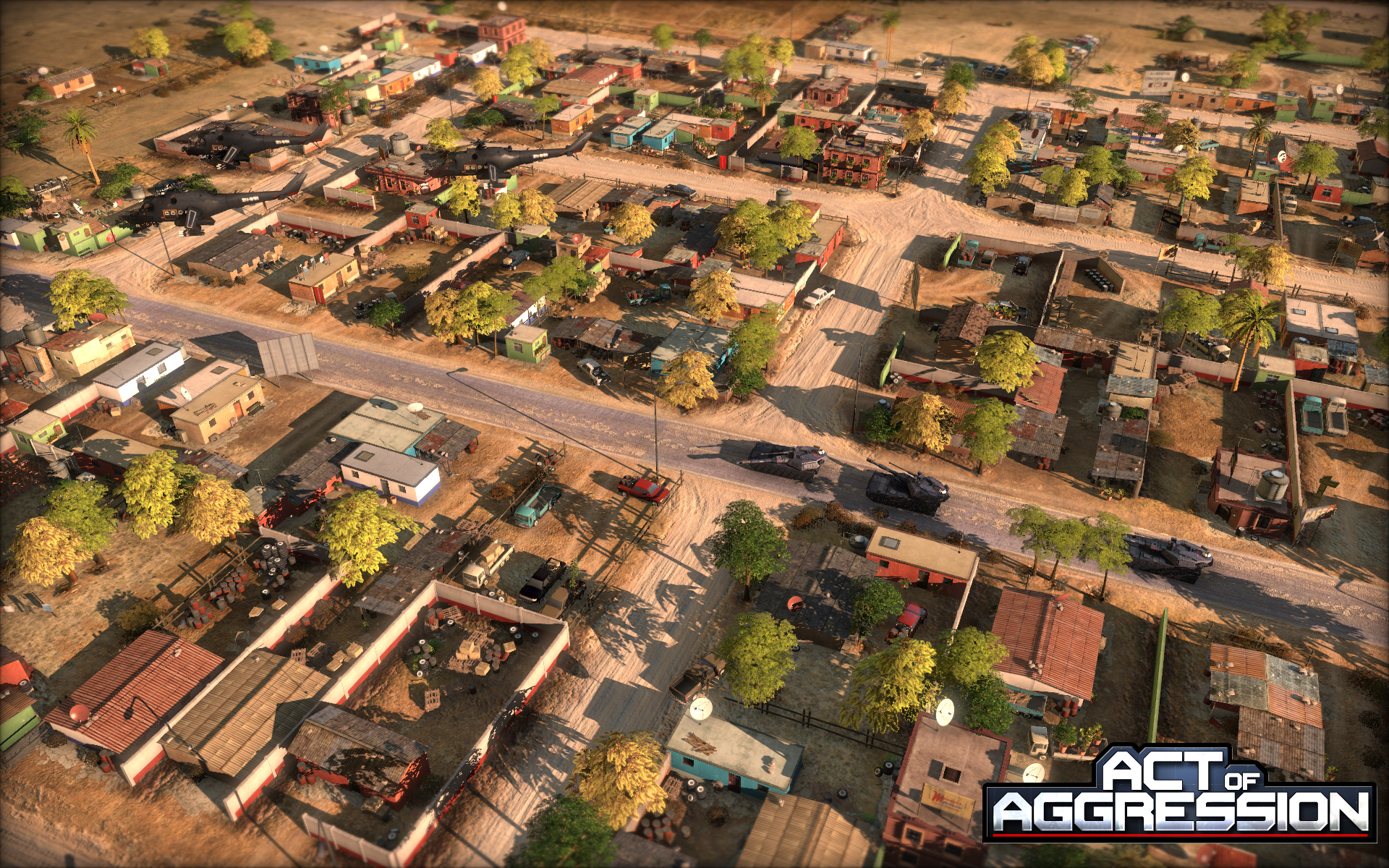 Regardless of which faction you choose to play, your units can be enhanced through upgrades into specific roles, such as anti-air and anti-tank abilities, and your units can be boosted with different kinds of technology and weaponry.

Act of Aggression will come with two kinds of single player campaigns. The first campaign follows a story line in which the United States endeavours to defeat the Cartel. Gamers will play the role of the US Army as it fights the shadowy Cartel in various battles. The second kind of single player campaign will enable players to act as the head of the UN’s multinational military organization, the Chimera. Act of Aggression will also allow for multiplayer matches that may include up to 40 players in total.

In the preview video, you can see some really slick graphics that make the experience very realistic. The game occurs across expansive maps where factions can gather multiple resources scattered across the map to grow their virtual economies and to build up their forces. Some of the resources found on the Act of Aggression maps include petroleum, electricity, aluminium and other rare earth elements. Factions can also capture prisoners of war and banks of their opponents in order to supplement their income. 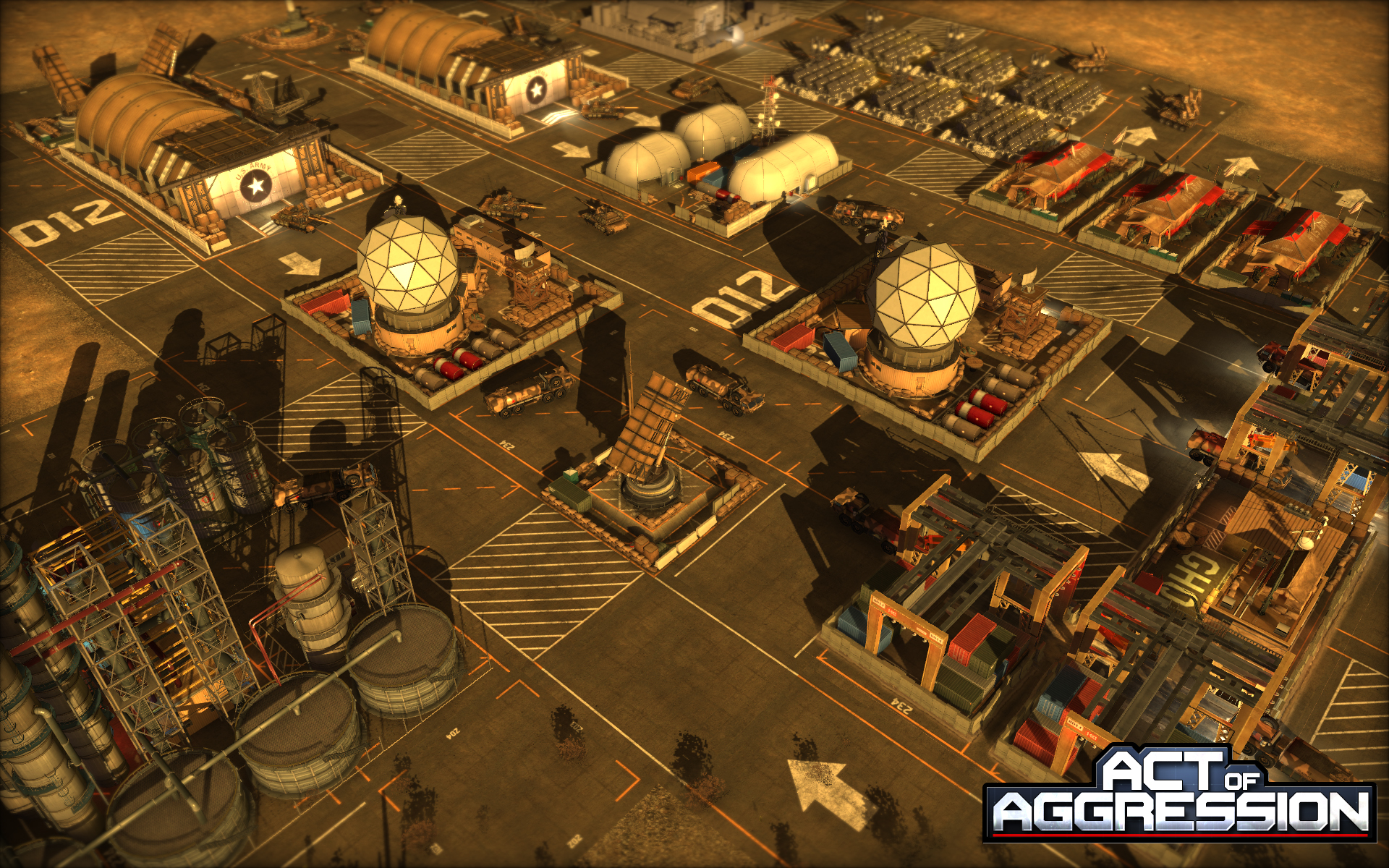 Within the wide maps of Act of Aggression, players can use the harvested resources to build their bases strategically and defend them, while levelling up their units to crush the buildings and cities of their enemies. It will thus be important for players to manage their resources, bases and units effectively in order to succeed. In the game world of Act of Aggression, there will even be cycles of day and night, just to add even more authenticity.