When we were younger, the prospect of playing “augmented” video games was something that belonged exclusively to the distant future. Peripherals like the Sega Dreamcast’s VMU (Visual Memory Unit) and the original PS1’s PocketStation gave us a glimpse into what playing games with secondary displays might feel like, and in 2012 Nintendo’s Wii U showed us all how not to execute this concept with its clunky and difficult controller.

Any system that utilises a secondary display needs to be sleek, discreet and accessible. Enter Sony’s PlayLink feature for PS4. If you’re not familiar with this setup, it works like this: each PlayLink title is played with both your PS4 console and a smartphone app, available for Android and iOS. Each PlayLink game has its own separate app, and each player will need to download the (free) app on their smartphone if they want to join in. It’s an elegant solution to the problem of peripheral-heavy multiplayer titles; everyone’s got a smartphone, right?

The newest PlayLink title is Wordhunters, which comes to us from UK-based developer thumbfood. Wordhunters is, ostensibly, thumbfood’s first title, and it’s a somewhat ambitious outing considering the lack of history here. Essentially, developing a PlayLink title requires creating both a fully-fledged game for the PS4 and a companion app; it would be easy to forgive thumbfood for wanting to create something a little more tried-and-tested before entering the gaming market. 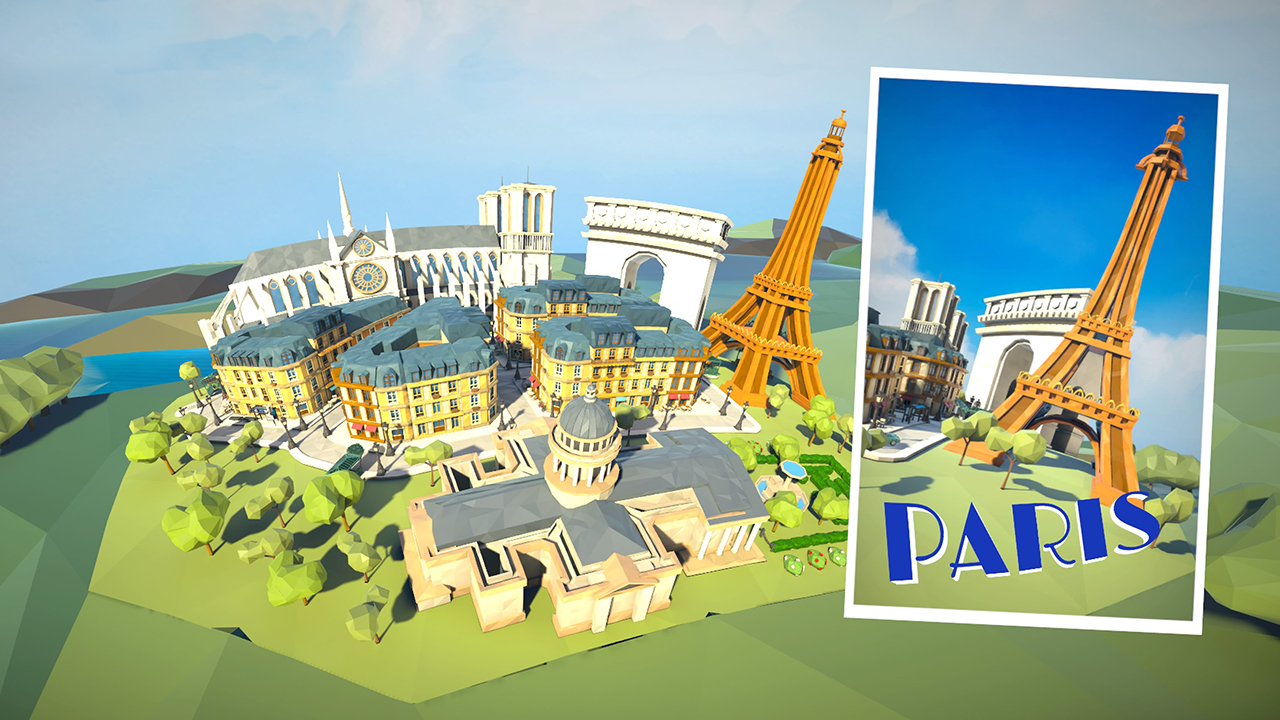 Not so, though – Wordhunters joins the likes of That’s You!, Hidden Agenda and SingStar Celebration in the grand pantheon of PlayLink titles aiming to revive couch co-op. The basic premise is simple, combining brain-teasing word games with globetrotting party antics and multiplayer shenanigans. Wordhunters’ amiable mascot Amy the Aviator guides you and your buddies around the world, bidding you to solve word puzzles in an attempt to emerge victorious.

Perhaps the most important element of PlayLink titles is simplicity, or at least the ability to explain the elevator pitch for the game without wasting much time. The natural habitat of titles like this, after all, is the house party, or at the very least a get-together; you won’t be settling down for a marathon Wordhunters session like you would for Dark Souls, The Witcher 3 or Metal Gear Solid V, so brevity and straightforwardness is everything.

It’s a joy to report, then, that Wordhunters nails its premise from the get-go. There are fifteen games on offer here, each of which feels significantly different to the last and is a real blast to play with the right people. Games range from the fairly typical – word searches, combining two morphemes, et cetera – to more creative efforts like assembling lengthy words from a pool of five or six letters, or extending a word a rival player has created in an effort to steal points from them. 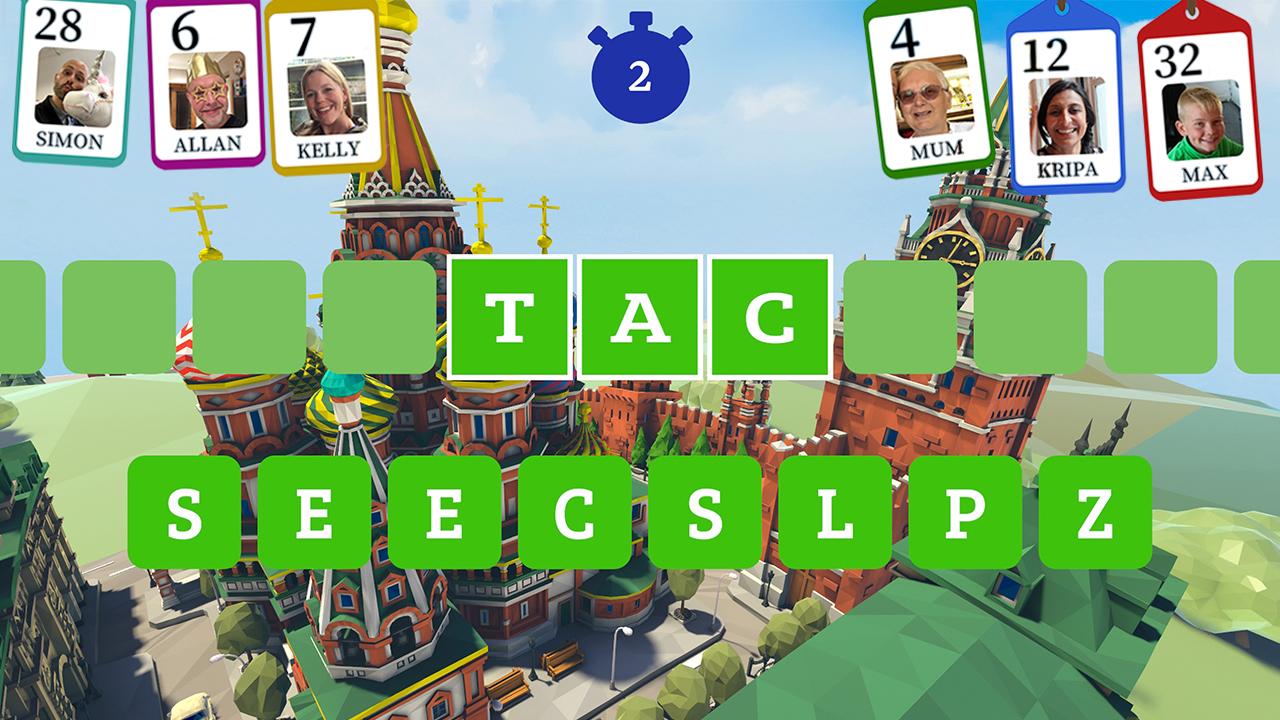 If you’re thinking this all sounds fairly “newspaper puzzle page”, then you’d be right; Wordhunters wears its influences on its sleeve, and isn’t ashamed to be a more wordy, intellectual take on the typical PlayLink party fare. Whether you have any tolerance for this one will depend entirely on how you feel about playing games that test your brainpower a bit more with your friends. If you know that your squad is more likely to favour the bonkers approach of That’s You!, or the tense storytelling of Hidden Agenda, then Wordhunters is probably best avoided.

For those who do love a bit of a mental workout as part of their multiplayer party experience, though, it’s hard to recommend a better title than Wordhunters. Its fifteen games are varied, nuanced and interesting, and their replayability depends entirely on the creativity of you and your friends. Of course, the usual PlayLink features are here; you can take silly pictures to represent you on the “field of battle”, give yourself a daft name, and so on. For the most part, though, Wordhunters pitches itself more towards people who want something a tad more cerebral than the typical PlayLink fare. 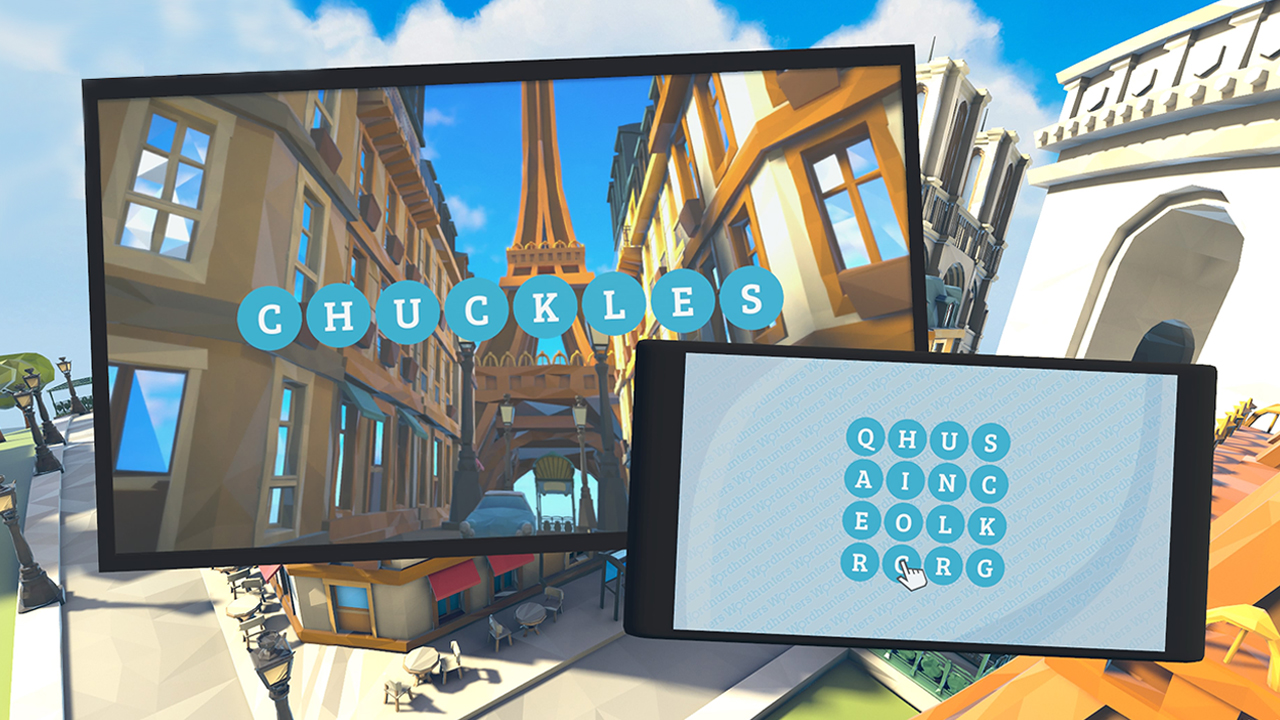 Everything surrounding those word games is effectively frippery. The visuals are nice – chunky, cartoony graphics lend an air of globetrotting fun to proceedings – but they won’t trouble the best PS4 games or even Switch offerings like Super Mario Party. Presentation is light, breezy and sweet, but it’s not the star of the show and thumbfood knows it. There are alternate-language options available, too, so if you’re lacking for a language tutor and fancy diving in at the deep end, you can give the Italian or Spanish versions of Wordhunters’ games a go.

All in all, Wordhunters is a slight but seriously enjoyable package. It won’t trouble teenage raves thanks to its more sedate pacing, but its competitive elements and non-confrontational presentation make it ideal for fans of mobile games like Words With Friends and Wordfeud. Give this one a try if you’ve got friends who prefer the coffee shop to getting drunk.