When we look back at this past year of war games, such as Battlefield 1 and the latest Call of Duty game, we see that of simulated war. But does it really simulate war? Don’t get me wrong, I have and still love Battlefield 1 since the release in October and have been playing it continuously, but it is not a strong depiction of World War 1. Yes, the story mode resembles World War 1, but more so as if it was a film. The online multiplayer is just a bunch of people running willy-nilly around the map collecting and holding points while trying to stay alive. However, there is ONE game on the market right now that truly depicts the battles of World War 1. The game is called Verdun. Originally launched for PC, then PS4, and this past month most recently released on Xbox One. 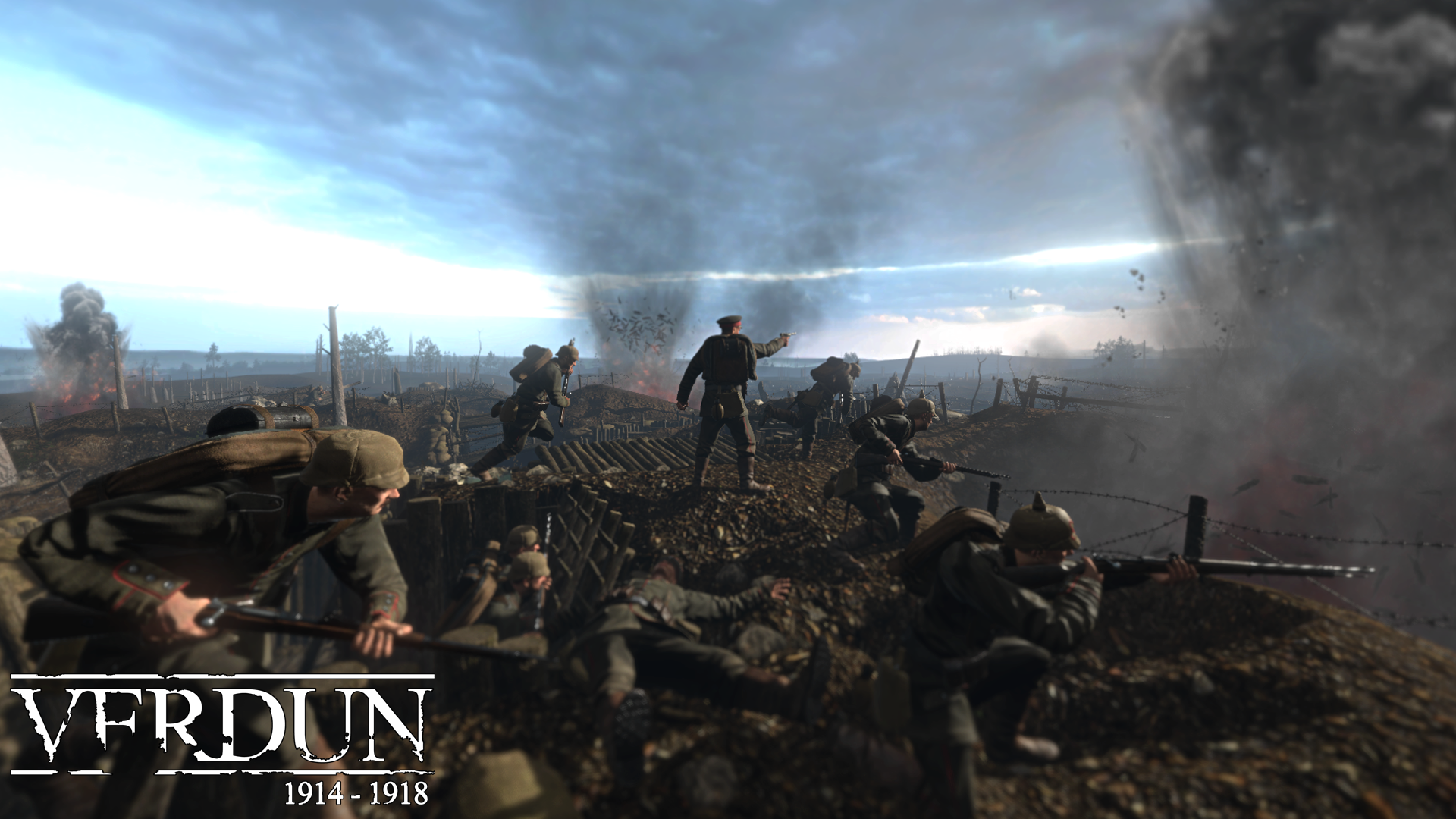 I’ll start by saying Verdun is not your average first person shooter. This game focuses on tactical, slow movements much like trench warfare during World War 1. If you are expecting to run around the map getting kill after kill and moving to your next point to repeat the last process this isn’t that kind of game. It’s a slow-paced game of back and forth crossing over No Man’s Land and being the first to kill your enemy before they kill you. There are many things working in favor of the game as well as working against it. The game is low budget so the graphics aren’t up to what everyone is expecting, honestly, there about early PS3, Xbox 360 grade, but that should not be held against the game whatsoever. It was made with Unity after all and stands pretty strong visually for being made with Unity.

The second mechanic that could be taken as positive or negative, depending who is looking at it, is one shot kills. I personally take this as very positive. Rifles tend to one shot kill you 99.9% of the time while handguns may take a few shots to kill you. The reason why I look at this as something positive is because this game is about realism.  Most of the time you’ll take aim at your target and from nowhere get taken out by another player you can’t see. In the beginning this mechanic is very rage quit inducing because you don’t expect to die so easily.

Finally, the game play is quite different from modern FPS’s. Your goal is to push your enemy back by attacking their next line of the trench while your enemy is trying to push you back. If you are successful in taking the front line the enemy team has a chance to take back the line you stole. A lot of take and defend and retreat. Each game is roughly half an hour long and this is where you either gain the player or lose the player forever. Like I said game progression is slow, no running around endlessly getting killed after a kill, to get those high kill streaks one must be patient and wait for the enemy to come to them. Or be really good when attacking. 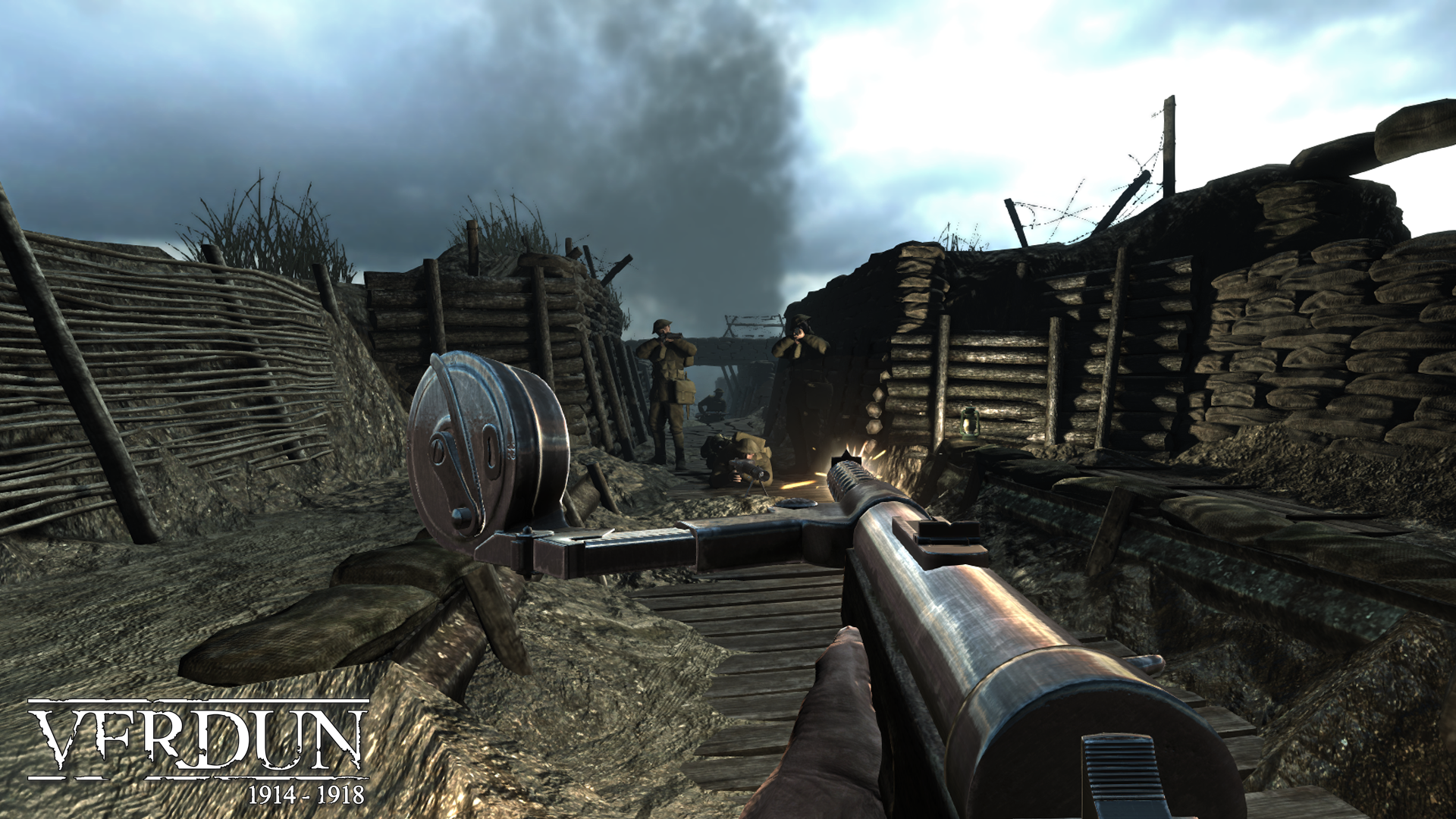 In the end this is a very good game. If I was to rate this game, I’d give it at 7.5 / 10, simply because of the pace and community. I am really enjoying this game, however, not too many people know about the game yet and the community is rather small. An average game has about a total of 35 people in each match and if teams become unbalanced at any time the team with more players get point penalization if no one volunteers to switch sides. When looking at Verdun it’s still enjoyable and fun to play. If you can handle the slow pace, patiently seeking your enemy, and satisfyingly taking them out, then this game 100% for you.