If you’ve ever played online slots, then you’ve probably heard of the Thunderstruck II machine. If not, you are in a for a treat. This fun video slot was developed by infamous, reputable, and secure Microgaming gaming software company and was put on the market in May 2010. Since then, it’s become of the most popular online slot machines on the net.

Thunderstruck II is the sequel to the popular slot game Thunderstruck. When you begin to play, the first thing you will see is a background of thunder and lightning. You will then see a video clip that highlights the unique features that it offers. 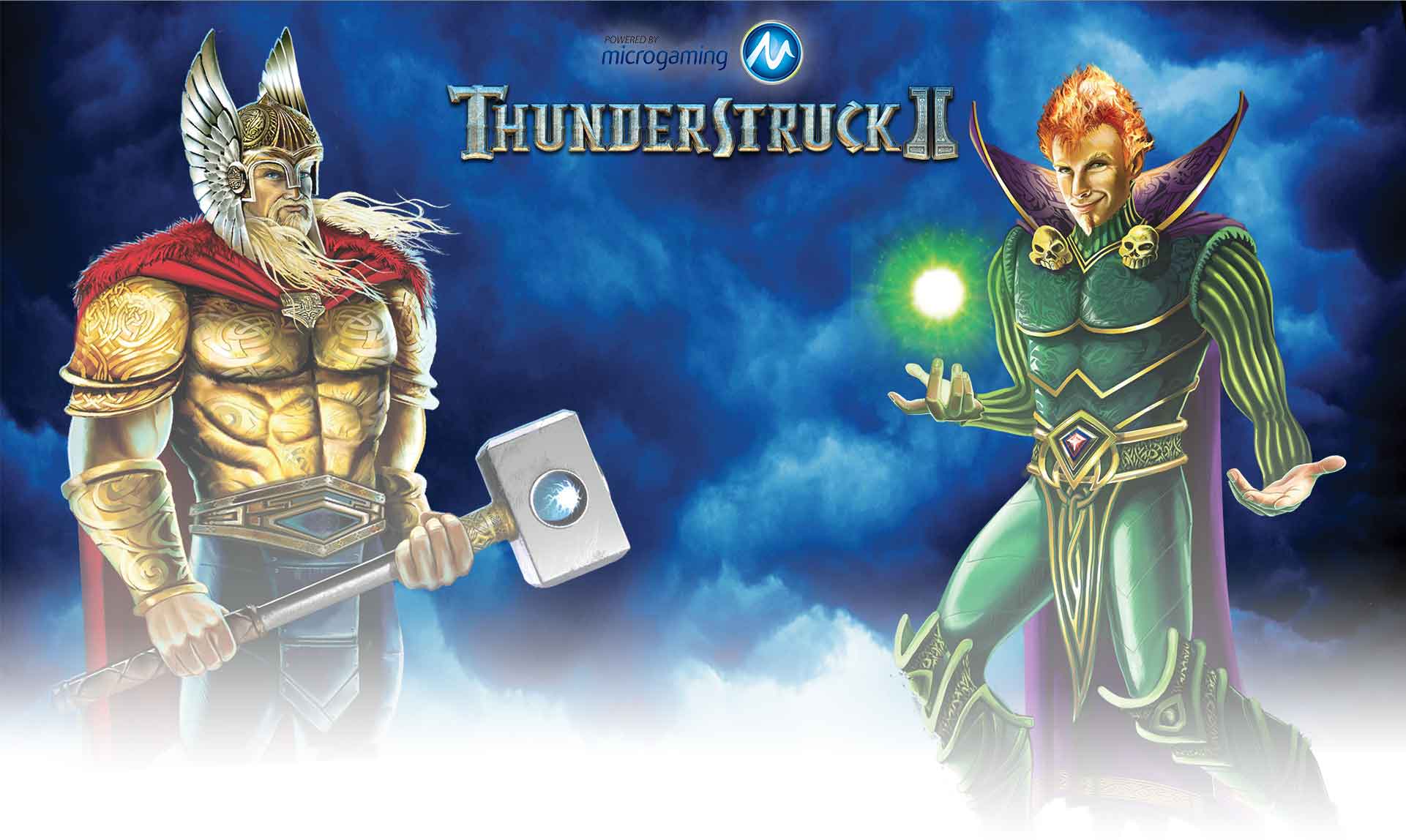 This fun slots game has a Norse mythology theme i.e. it’s based on Nordic gods like Thor, Odin, Loki, and Valkyrie. Odin is the king of all the Gods and his son, Thor, is the God of Thunder. Loki, the mischief-maker, is Odin’s adopted son and Valkyrie is the one responsible for choosing who will be the next to die in battle. Thunderstruck II has 5 reels and over 200 pay lines – plus you can play up to 300 coins, or 15 pounds, (approximately 15 pounds) in one spin.

The only bad thing that can be said about this slot machine is that it has a small 1,000 coin jackpot. Aside from this small issue, playing this game will delight you. Keep an eye out for the Thunderstruck II logo because this is the Wild Symbol – it substitutes all symbols but Thor’s Hammer symbol. The wild symbol doesn’t apply to the Wildstorm feature, a random bonus. If you are ever lucky enough to come across it, you will earn 1 free spin and up to 5 reels with the potential of turning wild. If you get 4 or more wild reels, you can be sure that your huge win will put a great big smile on your face. 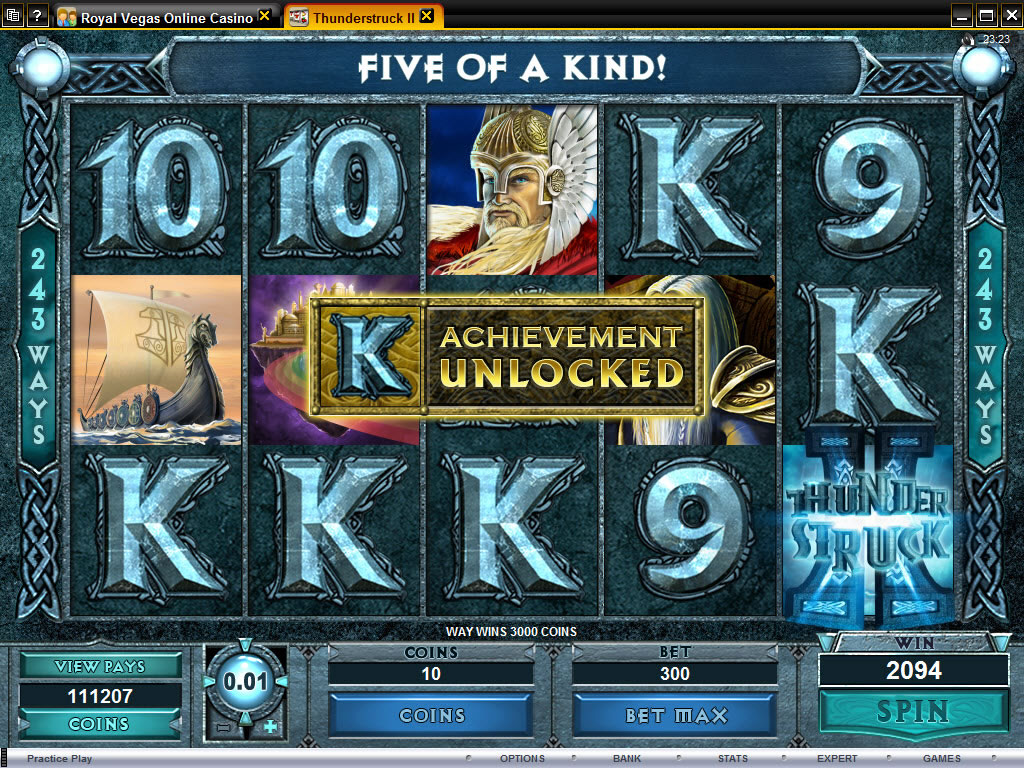 One of the best features of this game is The Great Hall of Spins aspect which has free spins that have a multi-level element. If you would like to gain access to this feature, you must get at least 3 Bonus Hammer symbols. You will love that there are 4 levels to the bonus feature, which is triggered when you get into the bonus round a specific number of times.

The first level is the Valkyrie feature that is activated anywhere between your first to fourth feature triggers. This will grant you a reward of 10 free spins and all wins will be multiplied by five. Plus, if you’re lucky, you can activate more free spins.

The Loki feature is the second level and is available for the 5th to 9th feature triggers. Hitting this will give you 15 free spins with the Wild Magic feature. It’s also important to note that the Wild Magic symbols on the middle reel change symbols into extra wilds.

You can gain access to the Odin feature, or the third level, on the tenth to fourteen feature triggers. Hitting this bonus will award you with 20 free spins and grant you access to the Wild Raven feature. The Ravens have the ability to randomly turn symbols into multipliers and if you get two of them, your winnings will be multiplied by six.

Finally, the Thor feature is available from the fifteenth feature trigger on and it represents the fourth level. This gives you 25 free spins with Rolling Reels. If you win consecutive spins, the multiplier will increase each time, until you get to the 5x multiplier.

After you trigger all the levels, you have the option to go back to the Great Hall of Spins feature. And since this game has memory, it means you can pick up where you left off.

While Thunderstruck II is a medium variance slot machine, it’s still well balanced and can win you some big prizes.