A survival horror game where you are trapped on an island with mutant cannibals after a horrible plane crash that separated you from your son.  A beautiful game filled with suspense and scares abundant, at least that’s what was promised to us over a year ago when the game first went into Early Access.  What Endnight Games has done with The Forest since it’s initial release is a matter of opinion and critique, in which I’ll be giving you my thoughts below.

One of the key aspects of this game is the “fear factor” and to that I will give the team credit.  Although it may not provide the jump scares or nightmare inducing creatures and spirits of more traditional horror games, The Forest does have you on edge from the start.  The game only allows you to save once you’ve built a house of some sort be it a small tent made of leaves of a tree house off the ground and away from cannibals…sort of.  As such from the moment you get off the crashed plane you’re in danger of losing all your progress so you’re in a race to build shelter before the cannibals find out where you are. 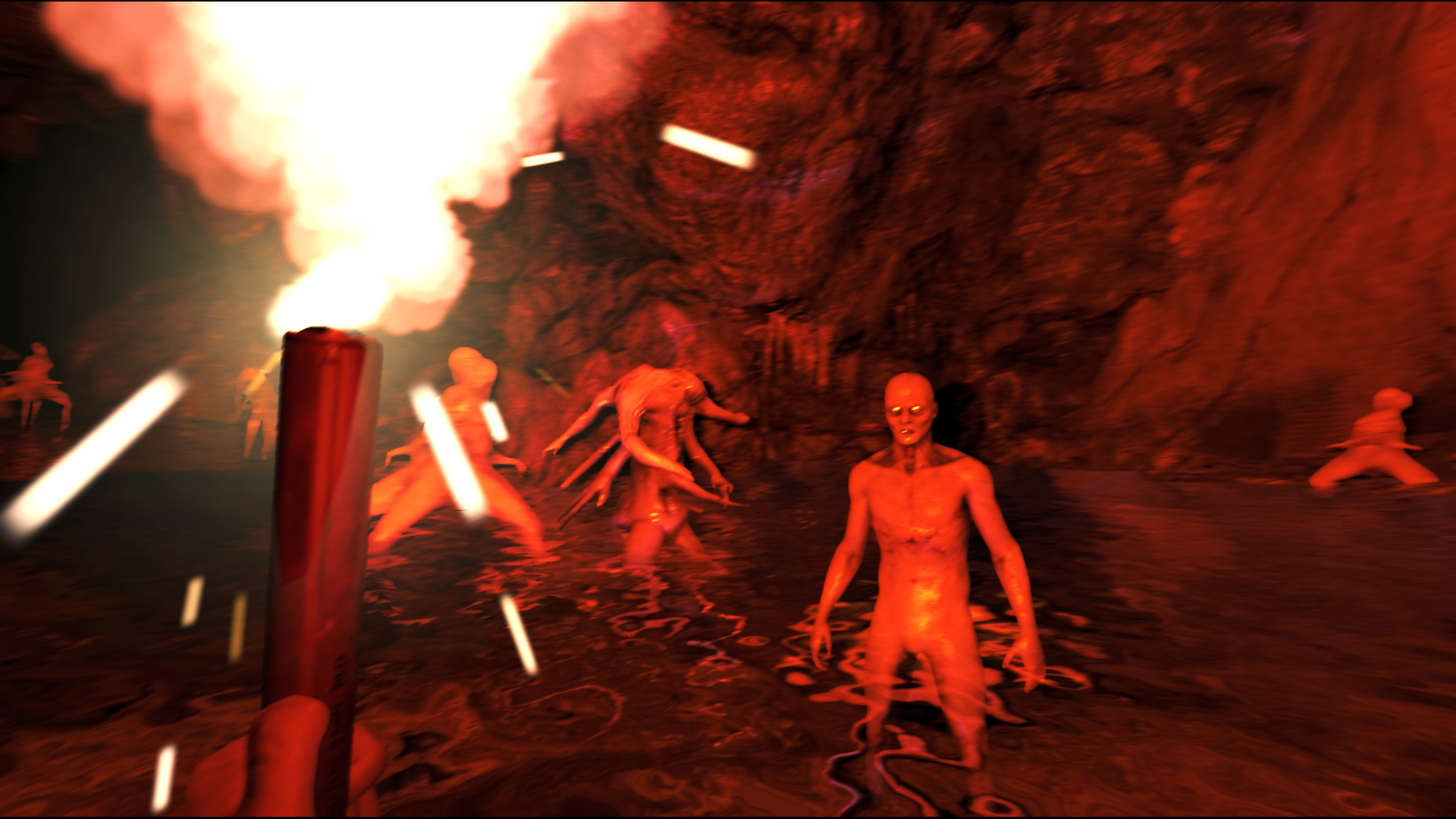 Although being out in the open is a bit spooky and you’ll be checking over your shoulder for anything unfriendly that may be lurking behind you, it’s the caves in The Forest that really put you on edge.  There are a lot of useful materials and pieces of equipment to be found in the dark below but once you enter the twisting caverns beneath the island you may have a hard time escaping those that are after you.  You’ll turn corner after corner expecting something to be there and often times there will be nothing but that one moment your lighter begins to flicker and your bring it back up only to see half a dozen mutants dropping down from the ceiling above, that is when your heart begins to race. 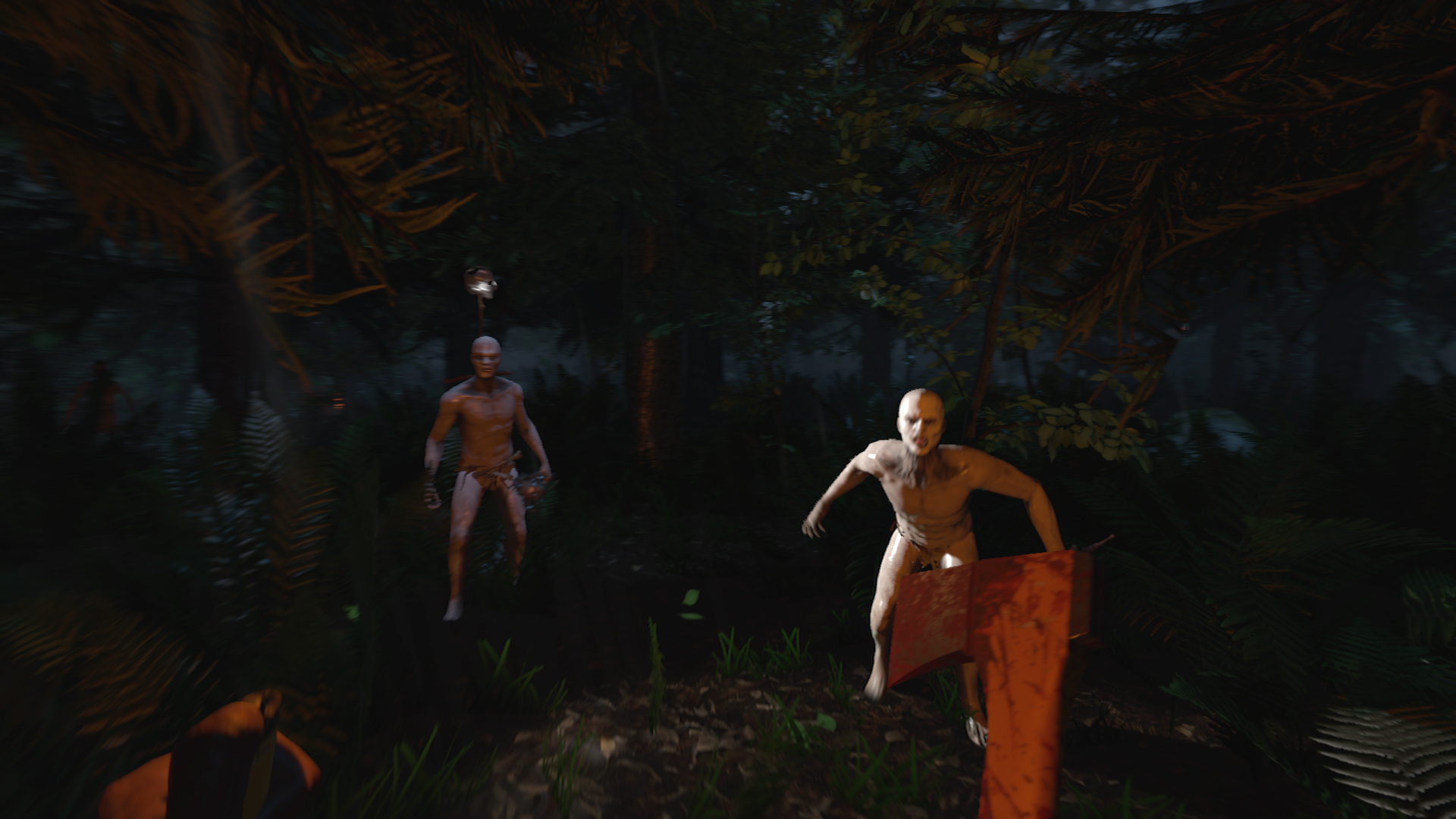 Some say that the sound of a game from it’s music to the sound effects, to the ambience in nature, is half the game.  Why I can’t say that is true for all games it is most certainly the case for The Forest.  While the graphics may be buggy, the fauna often flat, the AI uninteligent, and game breaking bugs galore, the sound of The Forest is some of the best I’ve ever heard in a game.  If anyone deserves commendation for their work on this game it would be Gabe Castro, the lead composer behind The Forest.  This is a game meant to be played with headphones in the dark and Gabe took full advantage of that.  Sounds will feel as if they are moving around you and even if you are in an empty village without a cannibal in sight the music will have you on the edge of your seat waiting to defend yourself at any given moment.

When releasing an early access game through Steam it’s important to have content steadily rolling out and to continue releasing that content regardless of how sales are doing is essential.  Keeping that player base interested and believing in your product until it hits that final version release date.  To keep with the product as Mojang did with Minecraft or keeping massive and steady updates like Studio Wildcard is doing with Ark: Survival Evolved, is what gamers expect.  However games like Stomping Lands and Cube World are good examples of what not to do with your early access game.  With updates nearly a month apart and only being at version .22 after over a year of being available for purchase, it seems The Forest will soon become an example of the latter unless it is completely forgotten. 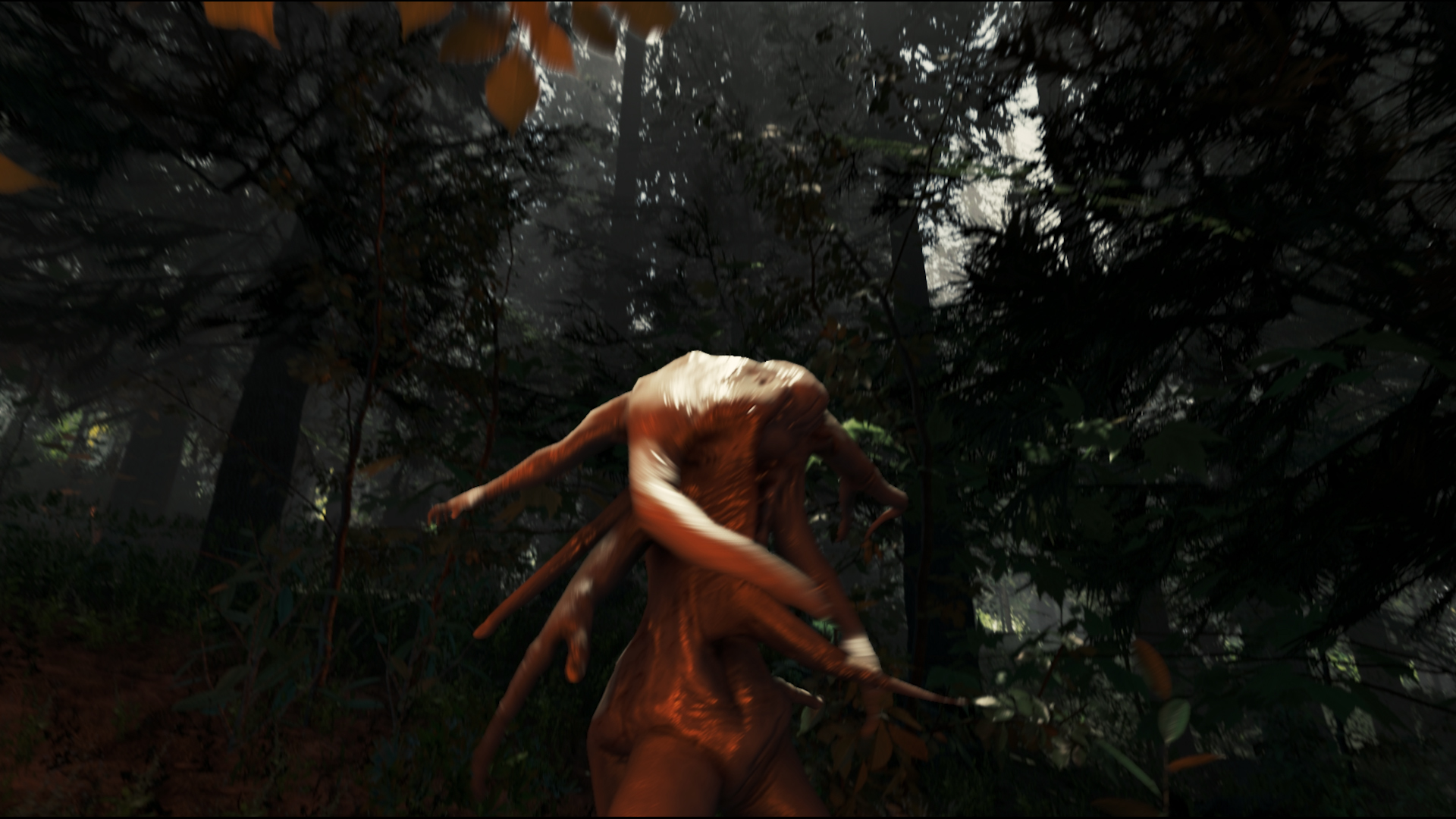 Most of these updates don’t so much as deliver content as they deliver new textures and bug fixes to a previous update.  When content is added it seems as though the next few updates will be in order to actually make that content work.  Granted as a developer myself I know that very few times do you add a feature to the game and not have it break everything but at the same time I do not release that content anyways and then plan to fix it over the next few months.  There’s a difference between understanding that making a game is difficult and accepting the absolute lackluster effort that a developer puts into their work.

It seems that despite the promise The Forest had to offer in providing a horrifying, open world, survival experience, the game just ends up falling short and though updates have been provided for over a year since it’s initial release it seems that after the excitement of a Bro Army rush (the traffic that follow youtuber Pewdiepie playing your game) the updates have become empty and without real reason to continue playing the game.  At a fifteen dollar price tag you may spend just as many hours in the game as you spent dollars on the game, but much of that time will be spent redoing what you had already done since many of the updates to date have forced to you start a new game all over again.  If you like horror and suspense, listen to the soundtrack in the dark and give The Forest a pass until it proves to be something worth playing.