There was a time when video games were considered exclusively a male pastime. Most marketing campaigns for games in the ‘80s, ‘90s and 2000s were clearly aimed at men and boys; their aggressive language, fast-paced editing and confrontational nature suggested a focus on masculinity. Nowadays, thankfully, the gaming landscape is a bit more equal, and we have games which are suitable not only for both sexes, but for people of all persuasions and tastes.

That said, there’s still a lot of work to be done. Girls are still massively underrepresented in the video game sphere; though the groundwork is being laid by titles with strong female characters, the vast majority of games are still aimed at (and representing) men. We’ve gathered some of the best Xbox 360 games that girls can play to remind themselves that yes, there is a place for them in our hobby, and yes, that place is just as valid as anyone else’s. 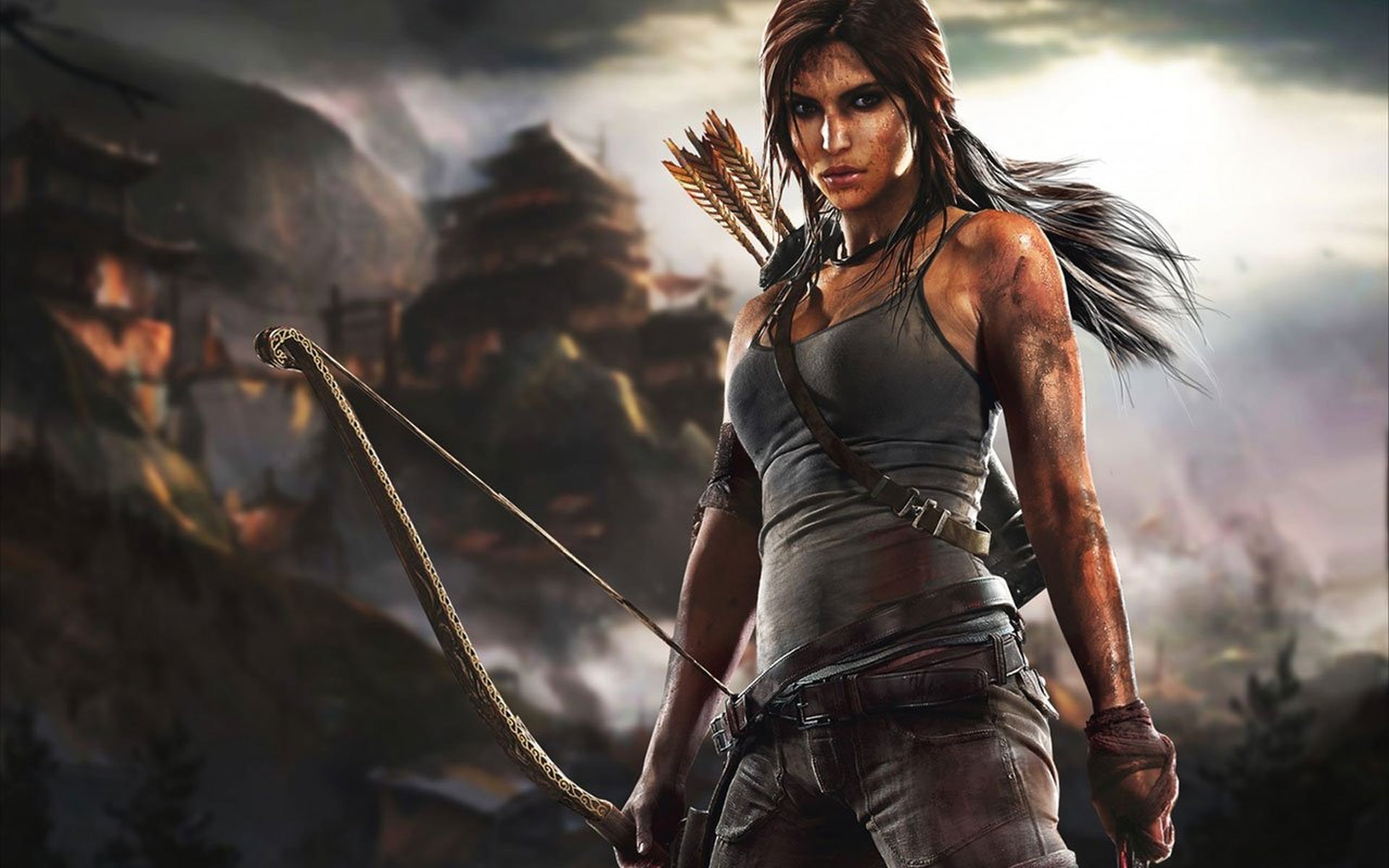 Despite the fact that Tomb Raider has featured a female protagonist since its 1996 inception, every entry in the franchise has arguably still been aimed at men thanks to central character Lara Croft’s sexualisation. The 2013 Crystal Dynamics reboot changed all that, though. An origin story, Tomb Raider showed a younger, more inexperienced Lara, travelling to the island of Yamatai to seek a lost kingdom. The DNA of the Tomb Raider series was still here – exploration, combat and survival were all emphasised – but Lara’s more well-rounded and human depiction made this a much more enticing prospect for female gamers, not to mention giving them a much better role model. It’s not for the young or the faint of heart; Lara goes through the ringer during her time on the island, with spike traps, violent locals and mysterious monsters all giving her no end of grief. Still, the 2013 Tomb Raider reboot gave us a better Lara, a better game engine and (dare we say it?) a better game than the 1996 original.

Beyond Good and Evil 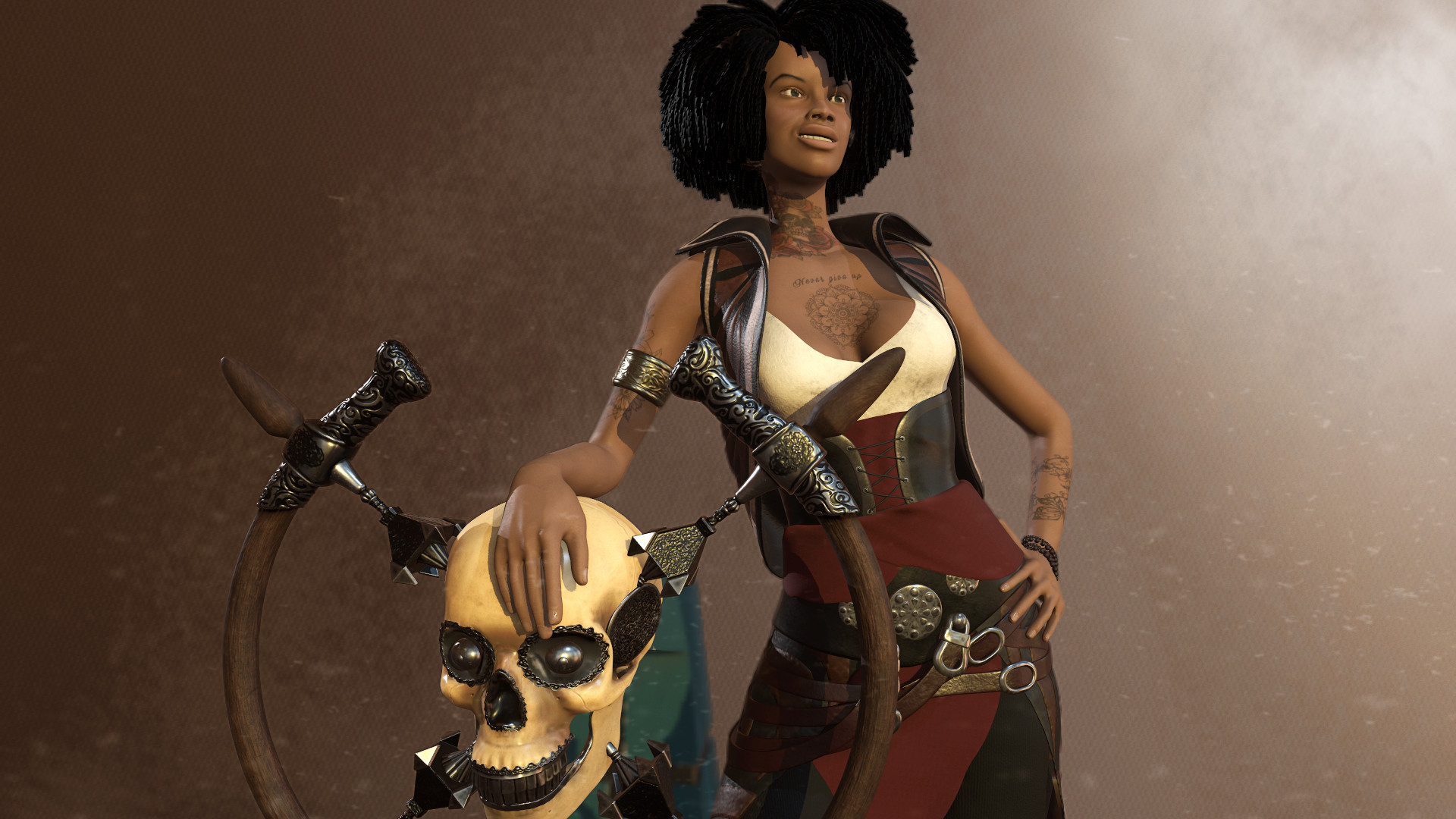 Jade’s journey across the dystopian planet of Hillys isn’t technically an Xbox 360 game, so we’re stretching a little with this one. Nevertheless, we still feel like nowhere near enough people have played Beyond Good and Evil, so we’re including it anyway. Jade is as kick-ass as protagonists come, simultaneously a nurturing mother figure to the children in her orphanage and a strong, agile combatant in her own right. Principally, though, Jade is a photographer, and it’s this mechanic that provides the backbone of this criminally underrated game. Beyond Good and Evil is essentially a Zelda-esque journey during which Jade must prove the guilt and complicity of her planet’s overlords by photographing their transgressions. Combine this with a robust combat system, solid stealth mechanics and a real sense of wonder and discovery, and girls of all ages should see why playing this game is essential. 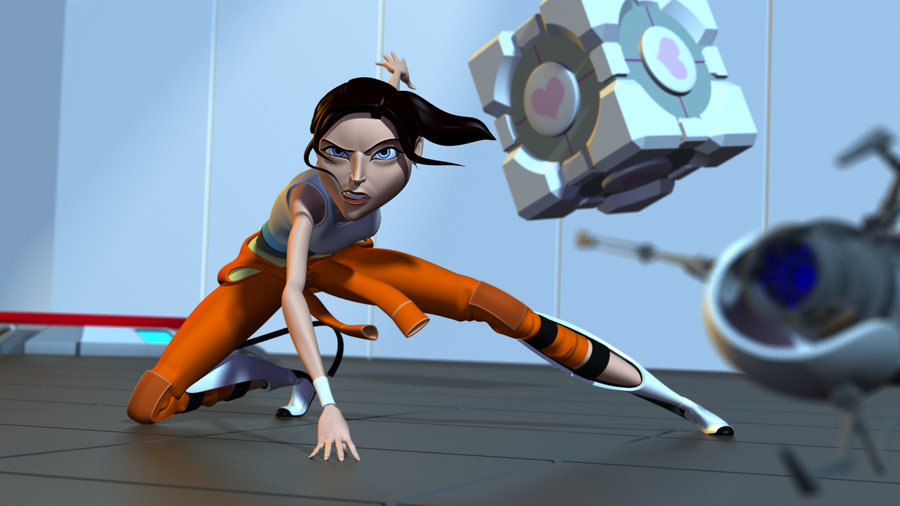 Valve’s first-person puzzle masterpiece is still yet to be bettered by any entry into its genre. Pretenders like The Talos Principle and Quantum Conundrum have tried, but they (and all other rivals) fall before Portal’s mighty puzzle design and pin-sharp writing. Protagonist Chell wakes up to find herself in the clean, sterile Aperture Science laboratory complex, and must navigate its winding hallways and elaborate death traps in order to find a way out. Along the way, she’s taunted by GLaDOS, a witheringly sardonic omnipresent machine which tracks her progress through the facility and discourages her from disobedience. If you haven’t played Portal, you’re one of the few left on the globe, but you need to check this one out yesterday; it’s got hilarious writing, clever puzzle design, and a badass female protagonist who won’t let the increasingly sinister nature of Aperture faze her any. What’s more, you can pick this one up as part of The Orange Box, which also contains the superlative Half-Life 2. Bargain! 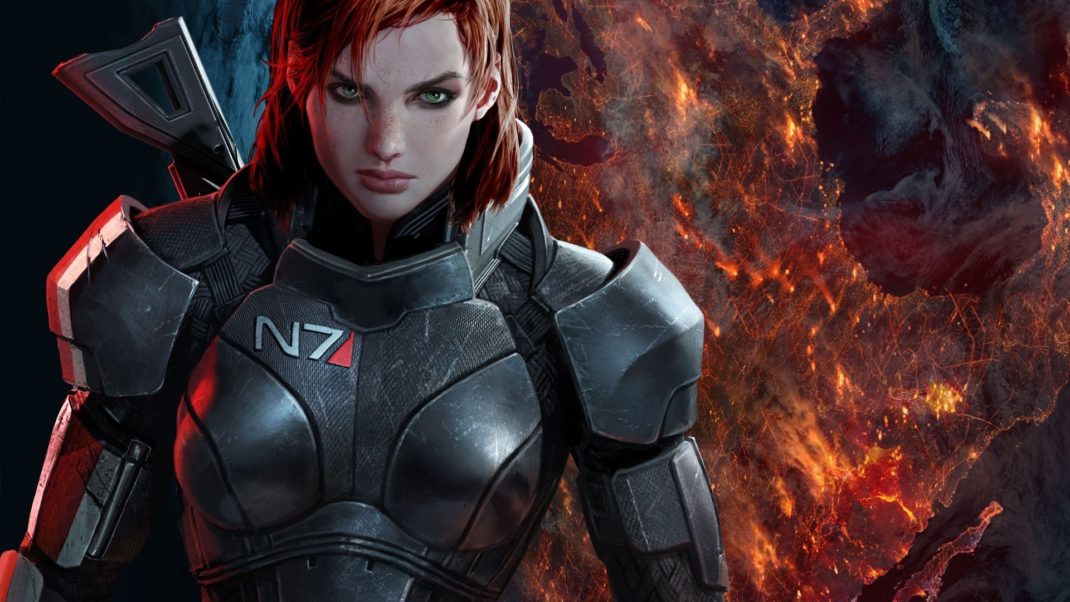 We’re cheating a bit here, as this is 3 games in 1. That said, these days the whole trilogy is probably going for around the same amount as each individual game once sold for, so we think we’re OK. Mass Effect is a science-fiction masterpiece, a testament to developer Bioware’s incredible penchant for world-building and character writing. Gameplay-wise, the games pick up where Bioware’s Star Wars: Knights of the Old Republic left off, with third-person cover shooter combat complemented by a suite of RPG mechanics and elements. The real highlight of Mass Effect and its sequels, though, is just getting to talk to the game’s wide, diverse range of amazing characters, many of whom are awesome, well-developed and three-dimensional women. Commander Shepard, the game’s protagonist, can be either male or female, but if you’ve good taste then you’ll go for the female version since voice actor Jennifer Hale’s performance knocks Mark Meer’s out of the water (sorry, Mark). 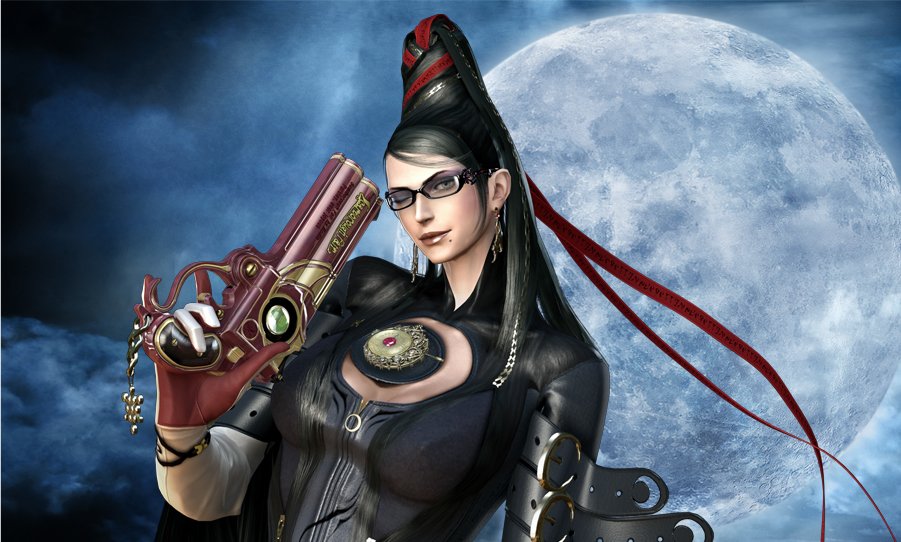 Although the protagonist of Platinum Games’ 2009 extravaganza Bayonetta is unmistakably sexualised, there’s so much going on elsewhere in the game that it’s easy to recommend this one to female gamers if they want to have a blast. Bayonetta is an embarrassment of riches, all colourful day-glo Devil May Cry-inspired combat and otherworldly puzzle-solving. The whole experience is anchored around a frankly baffling and incomprehensible plot, much of which makes a lot more sense on a second playthrough. That’s not the only reason to replay Bayonetta, though, as its hard difficulty is one of the best we’ve ever seen in a video game. Rather than choose to simply increase enemy health, Bayonetta opts instead for a series of surprises and alterations which essentially create an entirely new experience for gamers. If you’re a girl, and you want to see another girl kick some serious ass, then Bayonetta is for you.