Studies have suggested that human beings need other human beings around them in order to function properly. We are social animals, after all, and being lonely for lengthy periods of time has been linked to health complications and psychological problems. Put simply, we just need others to make our lives better. The presence of other human beings helps us get through life’s tough times, and they’re there for the good parts, too.

There’s no reason why gaming should be any different. Sure, single-player games are great, but for our money, there’s no beating a well-made MMO. Being surrounded by other players tending to their own business just makes a world feel more “lived-in”, literally and figuratively. There’s an absolute boatload of MMOs out there right now begging for your attention, though, so it can be tricky to decide which one you should opt for. Here are 5 of the best MMO games you can play in 2018. 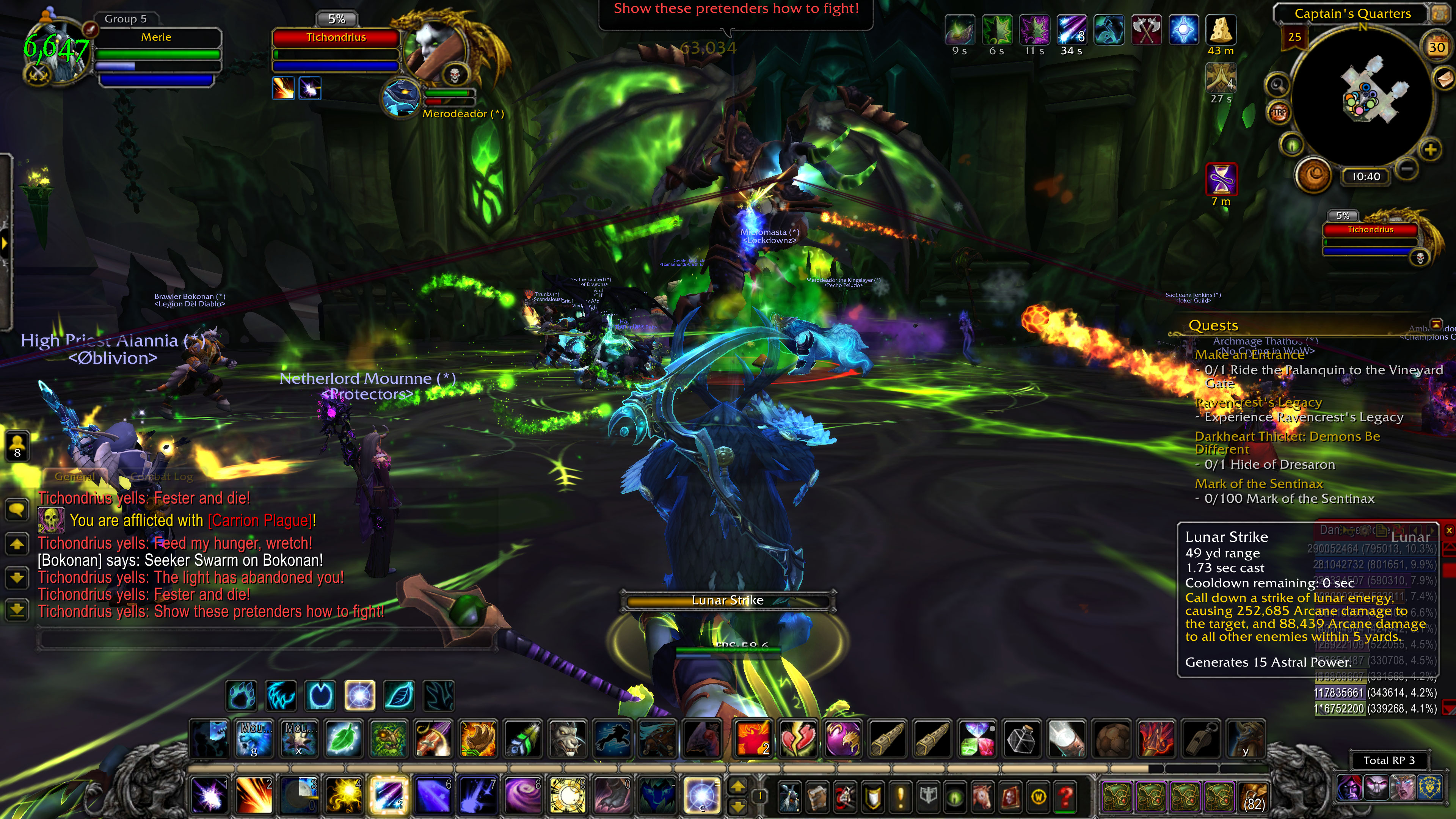 Sorry, hopefuls; World of Warcraft is still the head honcho of its genre. Even though the game was released way back in 2004 and has seen numerous subscriber drops since then, it’s still going incredibly strong, with the latest expansion seeing the highest launch sales numbers for any World of Warcraft addon. Blizzard’s game is one of the few MMOs left to still charge a subscription fee, but it’s also one of the few that justifies it completely.

It’s not hard to see how WoW retains its frozen crown. Although many of the staple MMO concepts we know and love today didn’t quite originate with World of Warcraft, it’s hard to argue Blizzard’s juggernaut doesn’t just do them better than any of its rivals. With a rich world packed full of secrets, robust PvE and PvP systems, well-balanced classes and an excellent guild system, World of Warcraft consistently puts in the work to earn its “most addictive MMO” title. 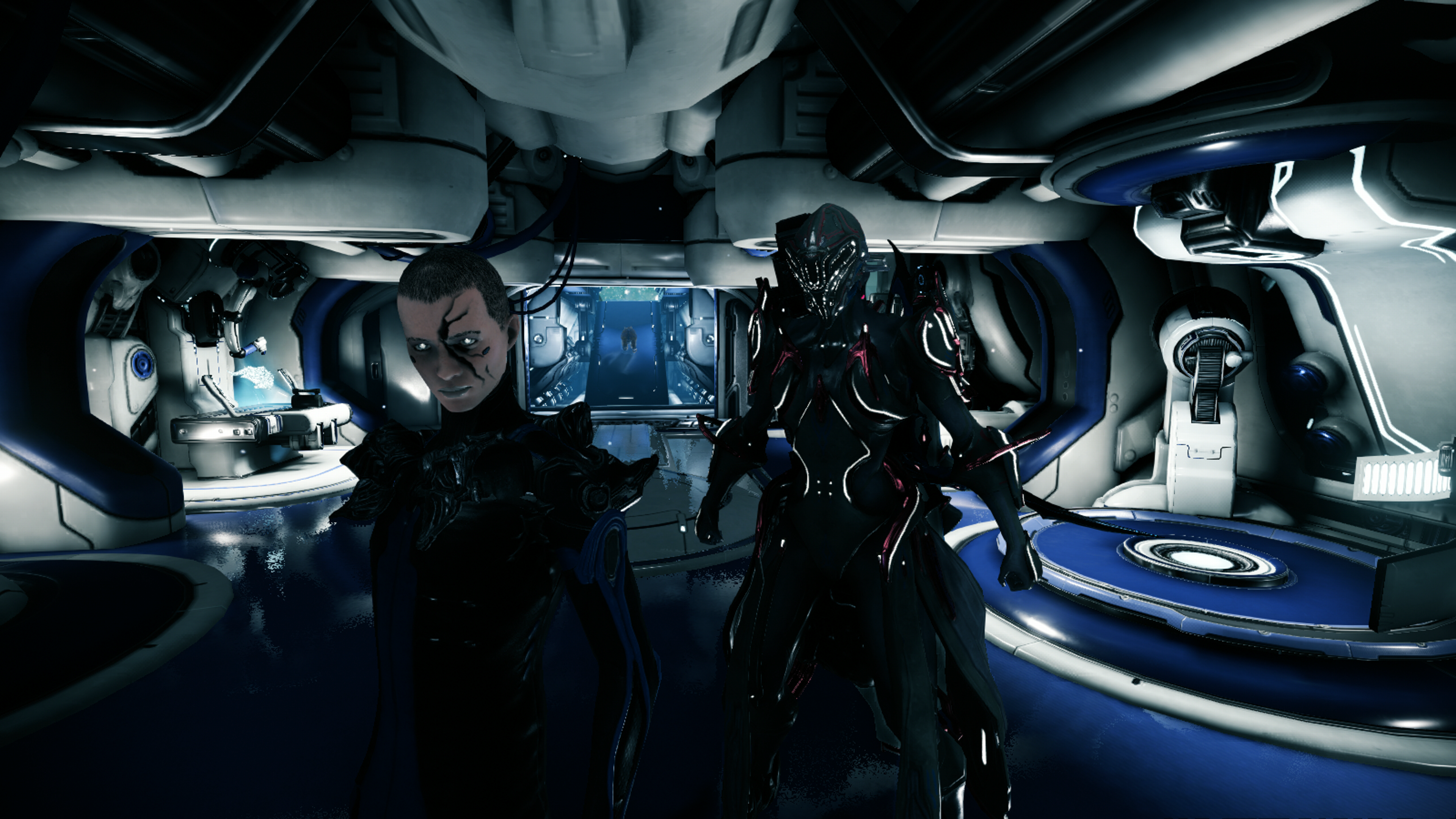 Over on the decidedly odder end of the spectrum, we have Digital Extremes’ Warframe. Different to World of Warcraft in a whole host of ways yet undeniably influenced by that game, Warframe presents an addictive and intriguing premise: MMO equipment grinding and mission structure crossed with an acrobatic third-person action combat system. The story’s an odd duck; its tone veers wildly between comedy and straight-faced seriousness, and one never knows whether to take it seriously or not.

When the combat is this enjoyable, though, it doesn’t matter. Warframe gives an unparalleled sense of movement and freedom for an MMO. Mission environments can be scaled, jumped over and used as cover, while the shooting and hack-and-slash gameplay at the centre of the experience feels cathartic and satisfying. The icing on the cake is Digital Extremes’ wonderfully idiosyncratic attitude to microtransactions. Result! 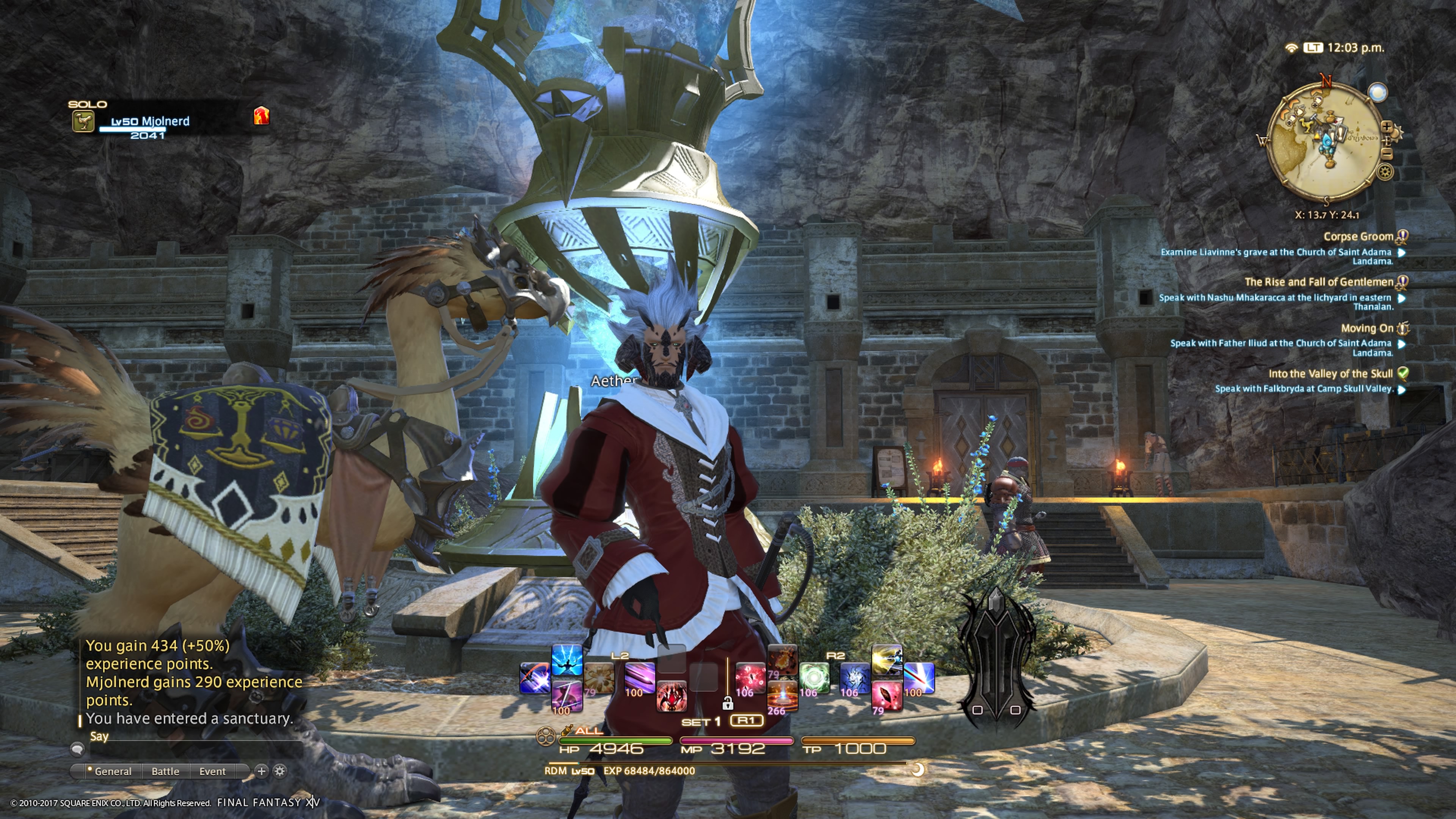 Final Fantasy XIV is an abject lesson in damage limitation. The original release of Final Fantasy XIV back in 2010 was extremely negatively received for a number of reasons, including poor performance, incredibly slow-paced combat and a lack of social tools. Subsequent patches would upgrade the game to the status of “basically playable”, but there was no chance it was even going to trouble World of Warcraft’s imposing throne. And then, something wonderful happened.

Square Enix recognised that Final Fantasy XIV was subpar. The team was changed, the game was completely overhauled and a new sleeker, slicker and altogether more enjoyable game was created, which the new team dubbed Final Fantasy XIV: A Realm Reborn. This new version is visually beautiful, its interface is clean and simple, and its class system is nothing short of genius, overhauling the promising but flawed system of Final Fantasy XI and reducing a lot of grind in the process. 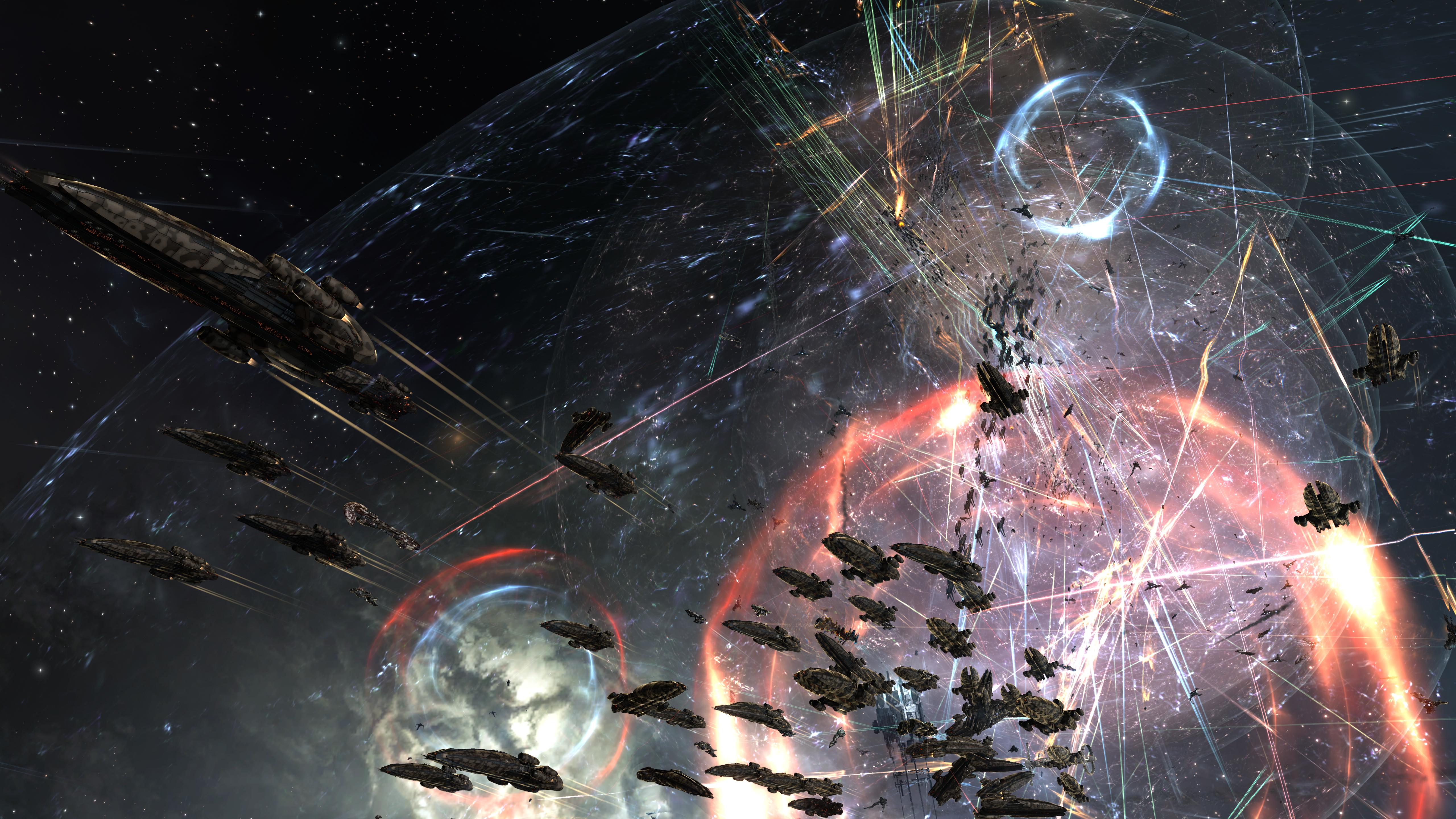 Maybe all this fantasy adventuring just sounds like a bit much for you. Perhaps you’d like to kick back, relax and take a look at some cosmic spreadsheets or report the projections for your next financial quarter in the space mining industry. If any of that sounded exciting to you, then Eve Online is absolutely the best MMO you can play in 2018. This game is the equivalent of Marmite with little bits of liquorice sprinkled throughout; it’s absolutely nowhere near being “for everyone”, but those who will appreciate it will probably be devotees in no time.

Eve Online puts you in charge of your very own spaceship, but you won’t be pew-pewing bandits across the galaxy. Instead, you’ll be working, probably mining space rock for in-game currency and eventually joining one of the many player-run corporations in the game. There are entire fan encyclopaedias dedicated to learning how to play Eve Online, so if you were the kind of person who loved flight simulators back in the day and still gets a kick out of Euro Truck Simulator, then settle in, because this niche is just for you. 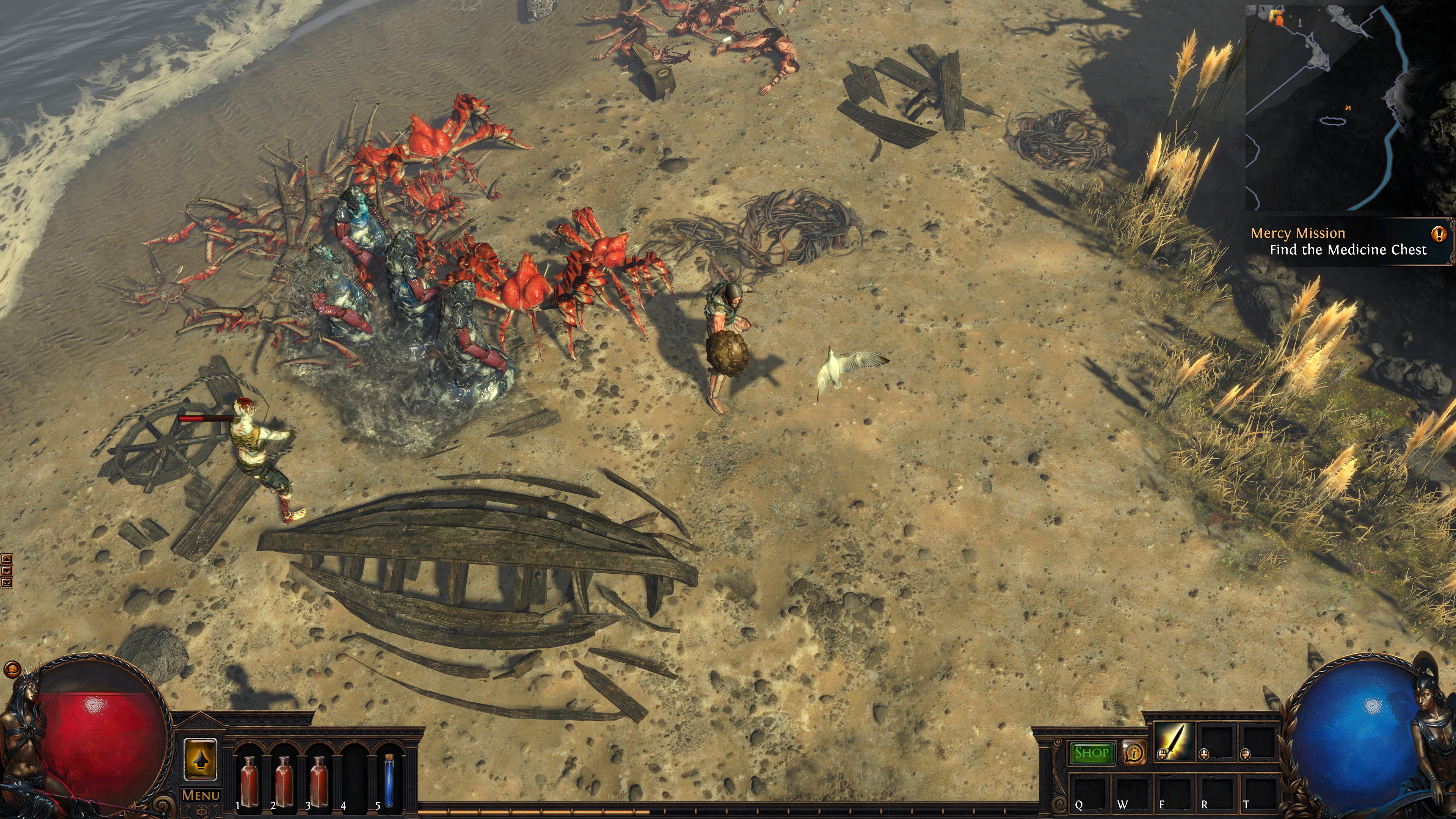 Finally, we have Path of Exile, a Diablo tribute lovingly crafted by New Zealand studio Grinding Gear Games. To say that Path of Exile borrows heavily from Diablo would be like saying that Robin Hood “borrowed heavily” from the rich. A straight act of thievery Path of Exile may well be, but that doesn’t stop it from being a supremely wonderful experience, especially if (like us) you’ve whiled away many hours in Tristram and its surrounding areas in the past.

Like Diablo, Path of Exile is an isometric-ish action RPG with dungeons to explore, NPCs to take quests from and incremental loot to equip. If you’re a “these trousers give me +1 to my intellect” kind of person, then Path of Exile is probably already in your gaming library. If not, now is the perfect time to get stuck in to this game’s oceanic class system, its insane customisation depth and its randomly-generated dungeons which ensure that your experience is different every time. Take the path of the exile, and you won’t be disappointed with where you end up.