Stick It to the Man! Review

By GamerBolt Team
May 1, 2014
NintendoPCPlayStation

Those who previously owned a PS3 (before purchasing a PlayStation 4) are probably already familiar with “Stick it to the Man!”  It’s a very cloying title that melds some very clever storytelling with what one might consider classic platforming elements.  Don’t get the wrong idea though, there’s nothing saccharine about developer Zoink!’s production here.  This is a completely crazy, yet all the while charming title that introduces you to both a bizarre tale as well as slightly non-standard gameplay.

After being struck on the head by some mysterious object, Ray awakes to discover that there’s some type of extra-dimensional pink spaghetti arm protruding out of his skull.  Even weirder, it allows him to read the thoughts of others, yet no one else can see the appendage but him.  Naturally, our protagonist decides to use this newfound ability to help others around the city, which in turn rouses the attention of “The Man” (homicidal agents who see Ray as a serious threat to security, apparently).  This title is completely chock-full of so many strange and hilarious moments that it’s ridiculous, but at the same time, that’s just part of its charm. Some have likened the telepathic arm concept displayed here in “Stick it to the Man!” to the sort of gameplay found in older “point and click” adventure titles.  While that’s a fair assumption, they’ve really pushed things in an altogether different direction here.  While the game can be quite dark at times, interjecting various sinister elements and so forth, it does so within the context of its wonderful visuals, which are quite cartoon-ish to say the least.  In essence, that’s what SittM! is – an artful combination of some of the more classic platforming elements we all know and love mired in a plot that’s absolutely bonkers.  For instance, simply walking around and scanning other character’s minds will yield an interesting and often hilarious result, but this is of course just a means to an end.

“Stick it to the Man!” isn’t really your typical platfomer at all, obviously.  With its art style finding influences from various cartoons (seemingly from the 90’s) and its gameplay bucking the overt violence trends, this title is both unique as well as entertaining.  For all intents and purposes it’s basically an interactive cartoon program that’s set up to function like a somewhat typical side-scroller.  It really is more of an experience than a conventional game, with plenty of emphasis on the “fun factor”. 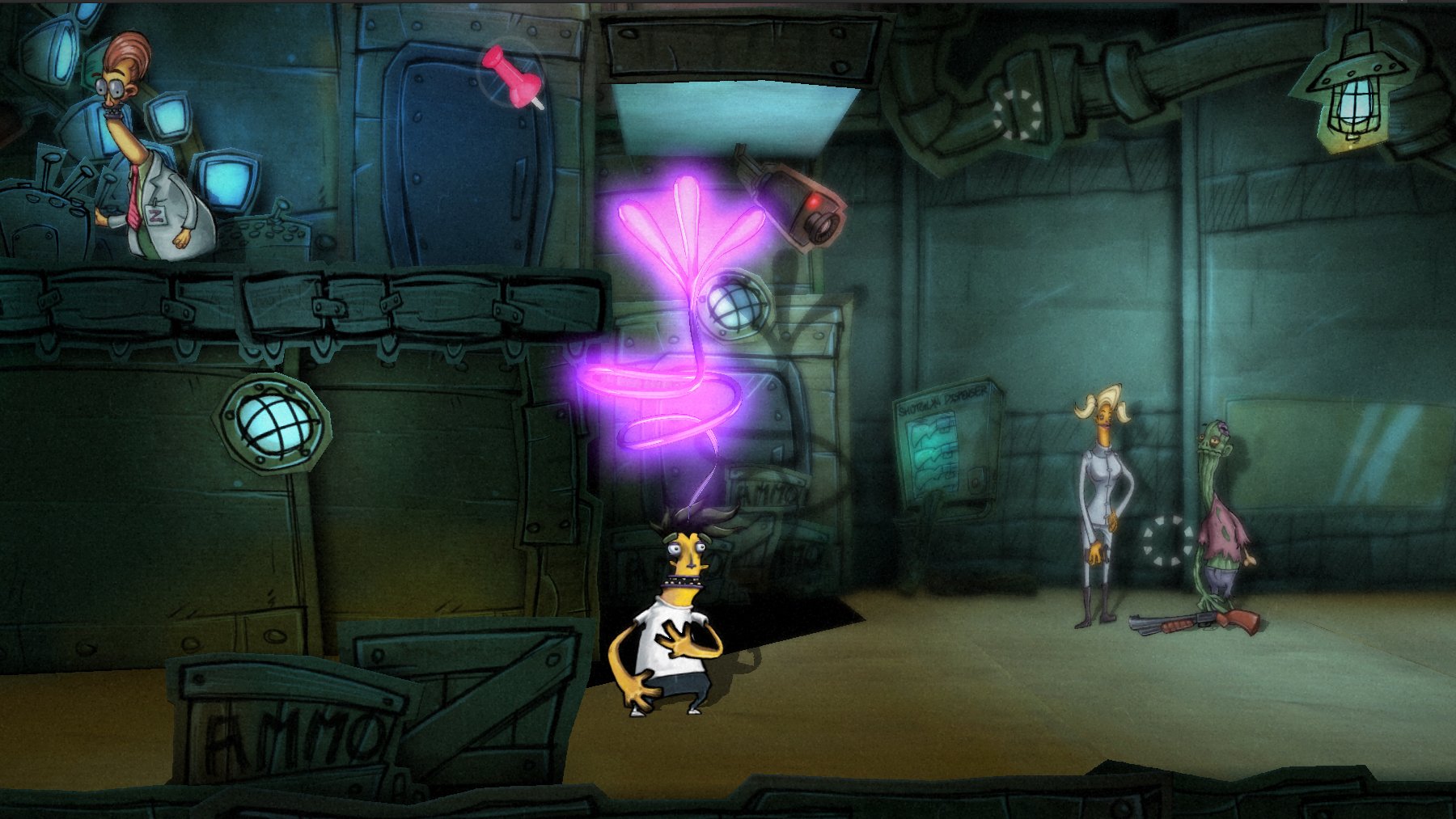 Naturally, this is something that both conventional gamers as well as retro enthusiasts can get behind and enjoy.  Aside from its excellent artwork, SittM! also features a great soundtrack and voice-over work, which only helps to further immerse you in its 2D stew of weirdness.  Even if side-scrollers aren’t really your thing, this title will still manage to keep you entertained, if only via its incredibly bizarre storyline and assorted cast of downtrodden characters.

2022 is almost over, and it has been a year packed full of awesome video game experiences from start to finish. With the number...
Read more
0 0 votes
Article Rating