Of all the cultural touchstones, cowboys have had a surprisingly small amount of love from video games over the years. There have been a fair few games inspired by Wild West aesthetics; titles from TimeSplitters 2 to The Legend of Zelda: Twilight Princess have paid homage to this most beloved of cinematic genres. Actual, genuine cowboy games, though, are quite few and far between.

It would be very disingenuous indeed to suggest that this is why Rockstar’s 2010 epic Red Dead Redemption was successful, though. Excellent storytelling, crisp visuals and a meticulously-researched sense of setting all combined together to create the perfect video game version of the vision of filmmakers like Sergio Leone and John Ford. Red Dead Redemption was more than just a Wild West-flavoured take on Grand Theft Auto; it was its own bona fide masterpiece, complete with living, breathing towns, surprisingly involving side missions and a plethora of gameplay activities to get lost in.

Fast forward eight years, and the game’s sequel, cleverly titled Red Dead Redemption 2, has finally landed. The game hasn’t been without its fair share of controversies; an absolutely gargantuan day one patch did nothing to soothe the ire of pre-order aficionados, while murky stories of Rockstar’s business practices have rather overshadowed the game in the mainstream media. For us, though, there is only one question, and that is thus: is Red Dead Redemption 2 any good as a game?

It won’t surprise you to learn that the answer to this question is an emphatic “yes”. Red Dead Redemption 2 has so much money and development time behind it that anything other than a lovingly-crafted work of careful brilliance would have been a disappointment, so it’s a joy to report that this is exactly what Red Dead Redemption 2 is. In many ways, it’s a love letter to the original, but it adds more than enough of its own mechanics and concepts to justify its existence. 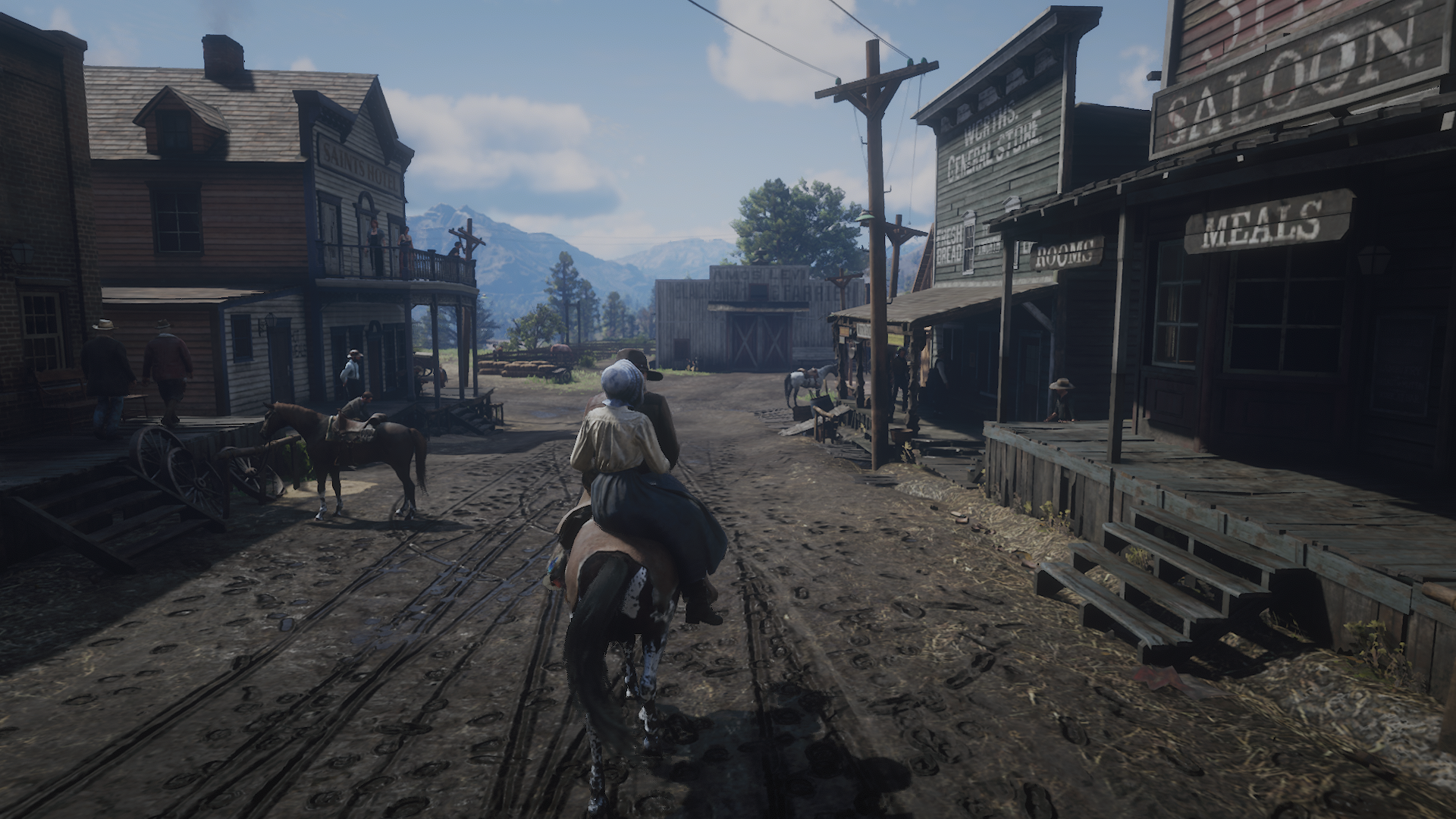 If you’ve been following the significant pre-release hype, you’ll know that Red Dead Redemption 2 is a prequel, taking place during the days when original protagonist John Marston ran with the Dutch Van Der Linde gang. RDR2 follows Arthur Morgan, a member of said gang who’s trying to keep their myriad loyalties and grievances in check as they cut a swathe of terror and crime across the Wild West. Red Dead Redemption 2 takes more of a picaresque form than its predecessor, swapping the grand tale of, well, redemption for a more patchwork narrative style that entails a series of vignettes. There is an overarching plot, and it’s an achingly beautiful paean to the end of the Wild West as one would expect, but the game shines when it’s telling smaller stories. 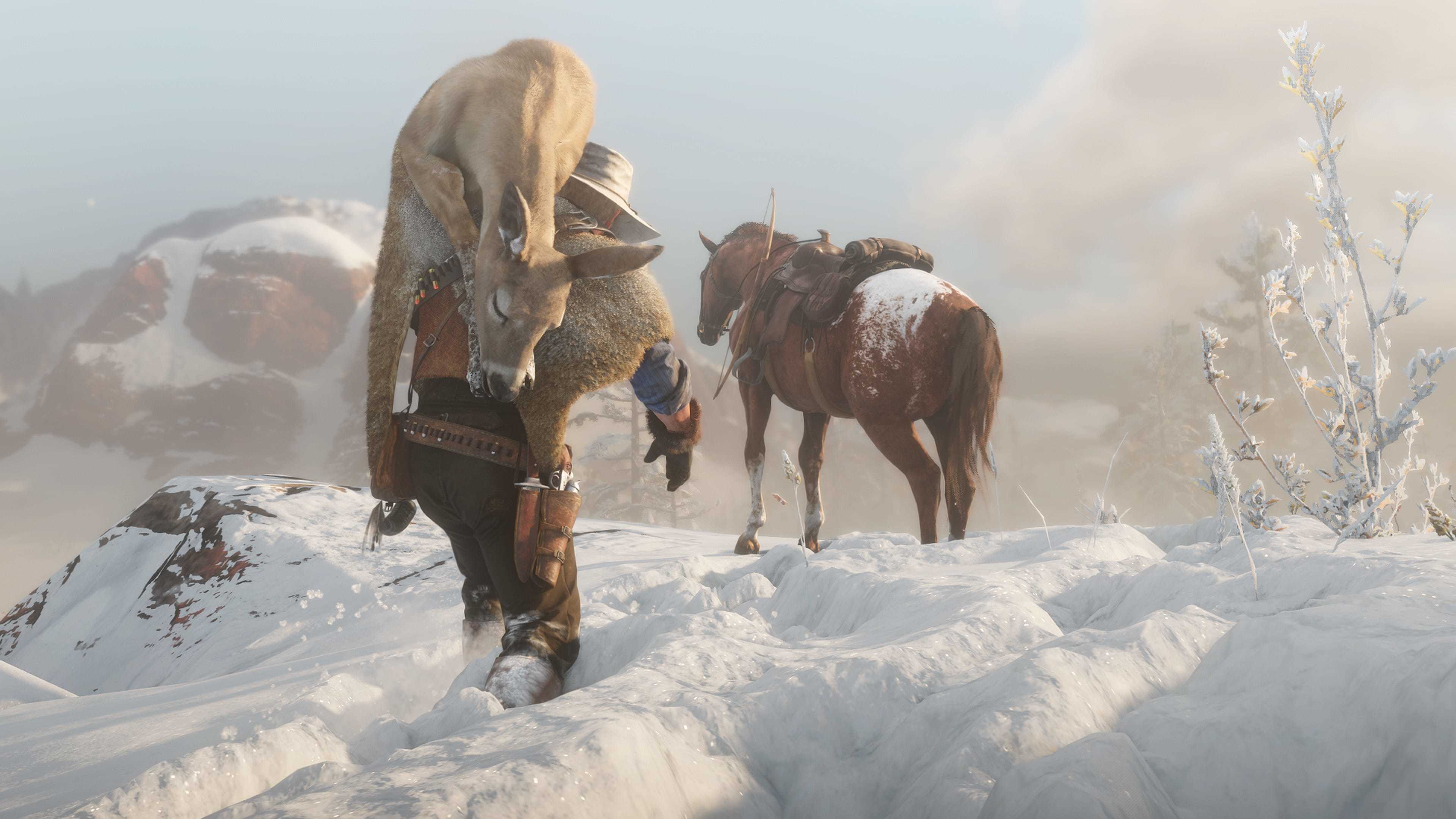 Of course, all the narrative nous in the world would mean nothing if the gameplay wasn’t solid. Red Dead Redemption 2 expands on the open-world Grand Theft Auto-with-horses style of its predecessor, adding a whole bunch of new things to do and see to the dusty brown and green sandbox you’d expect from this endeavour. There’s the usual melange of poker, character-focused side missions and other distractions, but now there are also various smaller side missions you can undertake involving the members of Dutch’s gang. These missions flesh out the game’s excellent characters a little and help you, as the player, understand their motivations; they’ll discuss their fears, their desires and their reasons for joining the gang, each of which will bring you closer to them as people.

Elsewhere, Red Dead Redemption 2 is business as usual, and that’s not a criticism. The shooting feels crisp and responsive, not to mention authentic, with period weapons represented in excruciating detail. Horses are the stars of the show; much has been made of their verisimilitude here, and it’s clear that Rockstar put a whole lot of work into making them feel like living, breathing beings a la Shadow of the Colossus. The animation work in general is top-notch, with each creature Morgan hunts feeling real to a sometimes-unsettling degree. The phrase “the money’s on screen” sometimes has negative connotations, but here it means every bit of flora, fauna and scenery is rendered in breathtaking detail and panache. It’s not hard to see why Red Dead Redemption 2 is being touted as game of the year already. Its compelling narrative, well-realised characters and heartbreaking rendition of the dying days of an Old West that never was lend it a poignancy and power rarely seen in sandbox games. It’s not anything particularly revolutionary in the gameplay stakes, but at this point, simply being the best cowboy sandbox game around should be more than enough for those who wish they’d been born into snakeskin boots and six-shooter holsters.