The day has come for us to return to our normal lives, back to our families, jobs, and school work. San Antonio is starting to quiet down and the airport is piling up. This is the saddest part of any convention. We’ve made our friends and we’ve gained new contacts. We’ve started to panic a little because we think the items we purchased at the convention won’t fit in our bags, but we make it work. Pro Tip: always bring a bigger bag, ALWAYS.

With PAX now behind us and the return to regular life, the Post-con Depression begins to settle in, it’s either that or Con Crud, or a bit of both, either way none of this is good. Con Crud is easier to deal with compared to Post-con Depression, but here is my advice on how to handle both.

Starting with Con Crud, since this is the easier of the two to cope with; Start by going to bed at a reasonable time at the last day of the convention, that is if you haven’t left for home yet, time willing, if you can stay the last entire day of the convention and return home the following day, this being so you have time to relax and settle down after the convention and not have to worry about running to the airport or highway once the con has ended. But let’s get back to Con Crud. If you decided to stay go out to dinner with new friends and enjoy the night, but seriously get some rest, it’s easier to cope with Con Crud. If you’re coughing, do the obvious cover your mouth, gargle with salt water, and keep it simple, just rest the disease away. Your chance of getting Con Crud is high, so if you can prevent it, do that and if not, let it run its course.

Now the harder one to cope with, Post-con Depression, this often lingers for a few days or longer, depending on who you were with, what you did, and how much you miss the convention. There are numerous ways to deal with Post-con Depression. The first is look for local conventions happening around your area, large or small, some are free like Quakecon and the small conventions are relatively affordable. The next way to get over your Con Depression is to talk to people who are willing to listen about what you did and saw. Chances are if they really are interested in the convention you went to, then you’ll have good long conversations about the convention and may convince them to come with you next year. Always keep in touch with the people you met at the Con, they are most likely going through the same thing as you and talking to them about the fun you had will help ease you out of Con Depression. The last step out of Con Depression is teaching all your local friends how to play the new games you enjoyed or purchased at PAX, or any other convention you attended. You are now ahead of the gang with your knowledge from the convention. Use it to your advantage. Con Depression isn’t easy, but it’ll eventually go away, it just takes a while.

Now that you’ve passed Post-con Depression and/or Con Crud, you are fully prepared to plan your next convention. You are most likely going to revisit the attended convention again in the future, that is if you enjoyed it, and here is the best news, you will get priority first day sales next time around. What does this mean? Because I attended PAX South 2017, when PAX South 2018 goes on sale, I get to purchase my tickets a month or two before anyone who didn’t attend the convention this year. So, in half a year you can already be preparing for next year’s convention. But like I said earlier, if you can afford it look into more conventions this year. Once you leave your current convention you want to attend more, conventions are practically an addiction, and sometimes an expensive one at that. Check everywhere near and far, compare prices, and get yourself out there. If you are into gaming there are thousands of conventions, if comics are more your style, then there are hundreds, no matter your fandom you will find a convention. Just make sure you have the money available to attend. 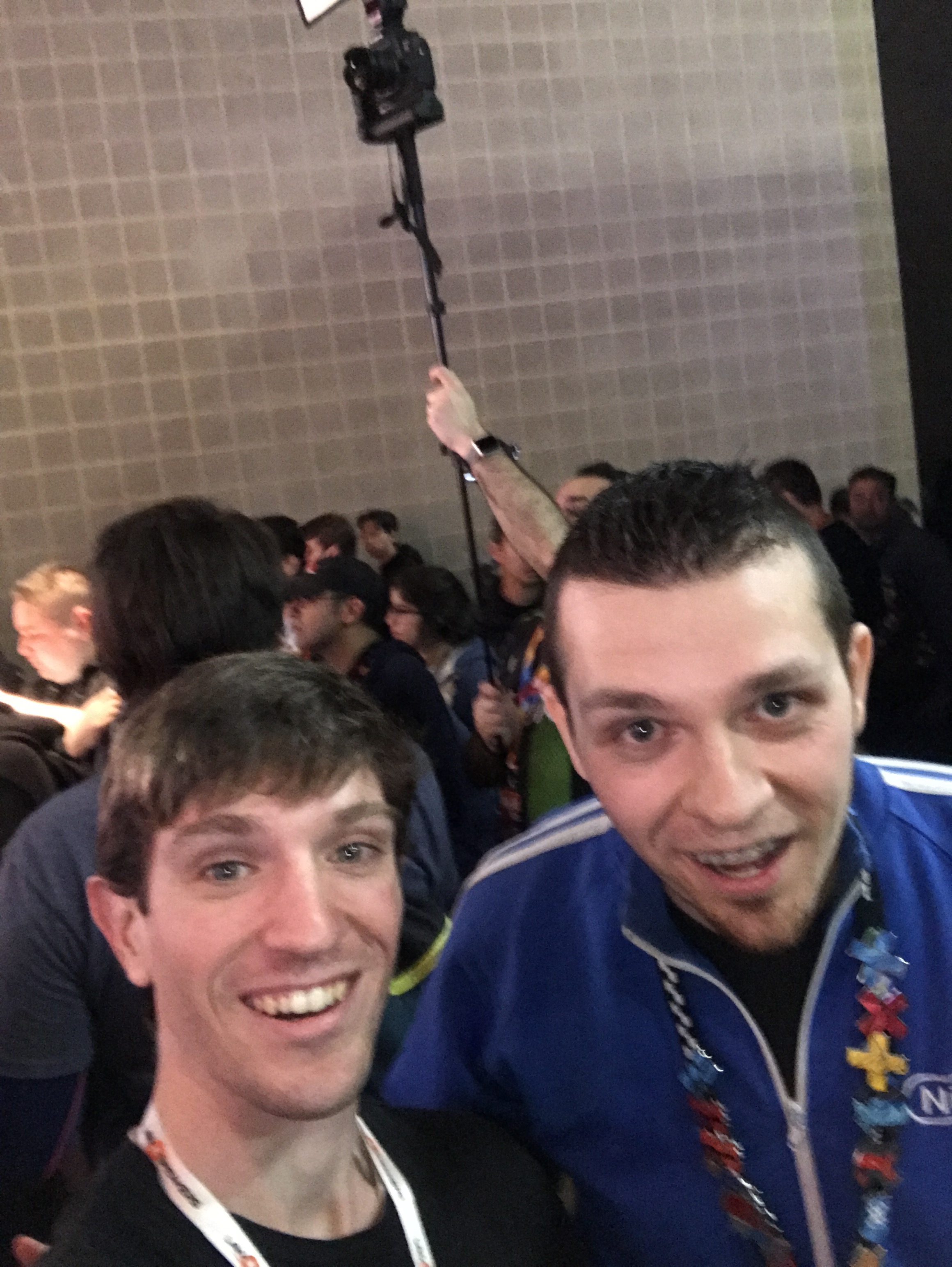 Now as I sit on the plane flying home and let a little bit of Con Crud and a lot of Post-con Depression settle in, I find myself looking out the window thinking of the past three amazing days. I got to talk to a lot of fantastic designers, developers, YouTubers, and industry favorites. I carried one tradition from last year, which was getting a selfie with Abdallahsmash026, who is an awesome person and YouTuber, I think about the fantastic panels I was able to attend and how many amazing people I’ve met, especially Andrea Rene, who you may have seen on GameStop TV (I got her autograph too).

Yes, PAX South 2017 has come to an end, and I had a fantastic time, hung out with amazing people, my Birthday was also on Day 2 (I was able to spend some of the day with the BlackSea Odyssey team, some of my favorite people I met two years ago at another convention – great game by the way).  As I travel home, I realize it’s not that bad. Yeah, the convention is over, but the memories aren’t. Memories I will cherish forever, I can’t help but get excited for next year, honestly PAX South 2017 was twice as good as PAX South 2016 and I predict PAX South 2018 will be better than ever before. 2017 is only beginning my friends, and I pledge to bring you readers bigger and better content than last year.