There are a lot of different reasons as to why PopCap Games’ Plants vs. Zombies: Garden Warfare belongs in your video game library.   For starters, it’s just so much fun.  Highly unique titles like this just don’t come around very often, especially those which so artfully combine so many different “flavors” of entertaining gameplay.   In other words, yes, this game manages to do pull a few new tricks out of its sleeves while at the same time remaining extremely fun throughout.  Don’t get the wrong idea though, it’s still based on familiar multiplayer concepts and retains a certain colorful charm as well. 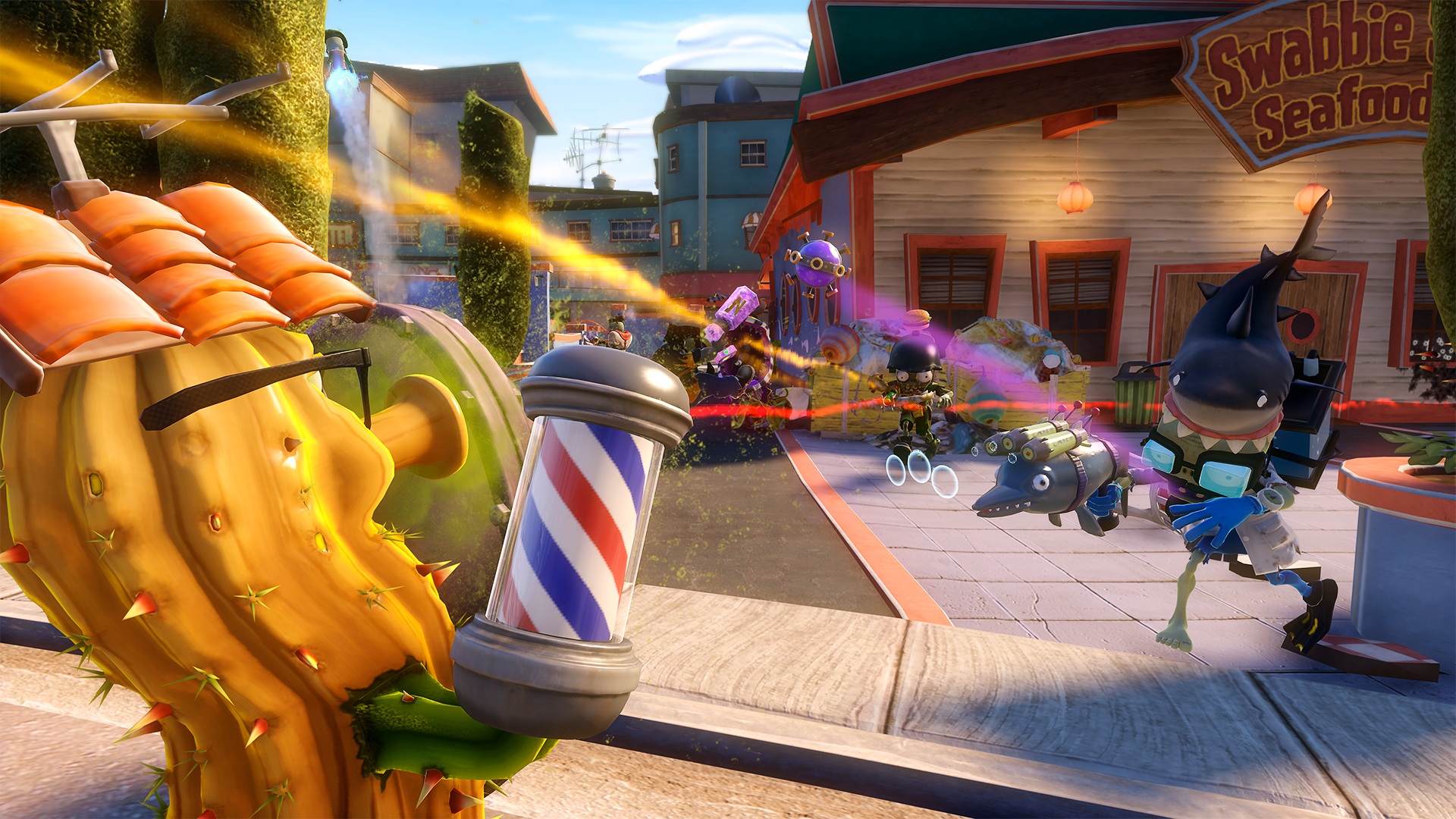 Garden Warfare is the third title we’ve seen emerge out of the Plants vs. Zombies series, and interestingly enough, this one is all geared toward tower defense and great third-person multiplayer action.   At first glance it would be easy to write this offering off as just another cutesy romp – some attempt at cashing in on the public’s need for multiplayer action from the franchise.  Rest assured though, Garden Warfare takes home top marks on multiple fronts.

Visually, the game is splendid, especially in 1080p on the PS4.   As previously indicated it does take on a rather animated character, with color, charm and oodles of style oozing out of every orifice.  For those who might just be discovering the series, the notion of giant plants taking on zombies in mortal combat is definitely a bit weird, but then again, that’s the idea.    This isn’t a title that hinges on any sort of realism; it’s arcade action all the way and to that end it’s a major success. Everything is presented in crisp detail with a level of polish that’s very warm and entertaining. 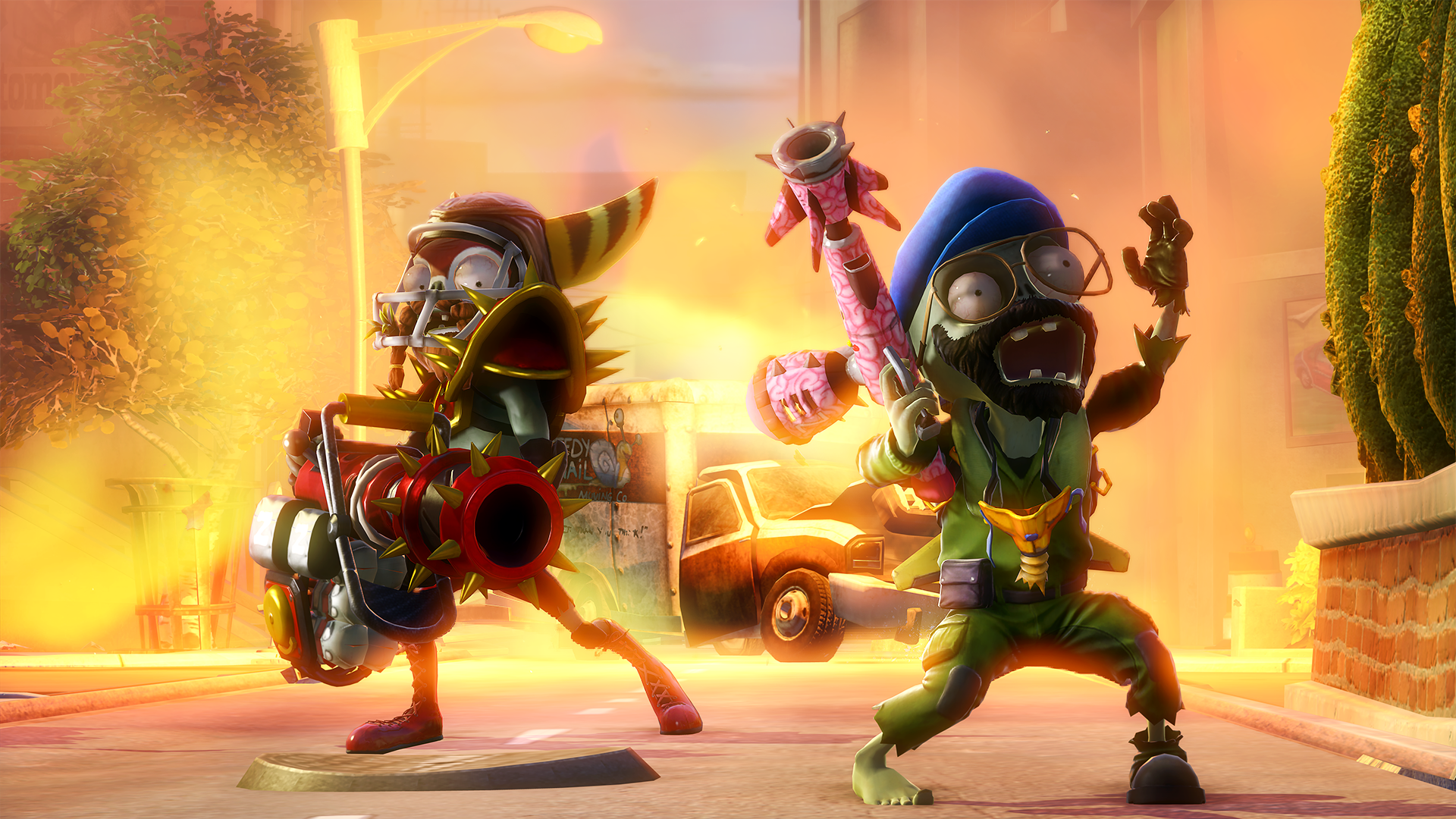 Obviously with a multiplayer game of this caliber and style, awesome gameplay is a necessity. Plants vs. Zombies: Garden Warfare certainly delivers here with a wealth of modes to play around with as well as the various DLC packs you can grab online.  Having said that, most of these modes appear to be variants on other somewhat classic multiplayer features found in other games, but don’t let that discourage you from checking them out, each one is great.  Part of what makes it work is the way the two teams (plants and zombies) are balanced, both internally and apart from one another.  Naturally, each playable character has its own unique traits, which when taken together with a team of knowledgeable players, basically provides you with a distinct role.   Then of course there’s the tower defense angle, which completely takes things to a new level.  Had this just been a “frag fest” with no options as to objectives and so forth, the game wouldn’t have been nearly as interesting.