How Nintendo Has Continued Profitability from Second and Third Position

Nintendo is often thought of as the dying brand; the “has been” or lackluster product on the market. That has not stopped the Japanese gaming giant from turning over tons of cash, though. Starting out as a trading card company over 100 years ago, transitioning into video games about 40 years ago and, at one time in the late 1980s, holding the video game market by the throat, Nintendo knows how to make money. According to Market Watch, in 2016 Nintendo brought in a gross income of 214.83 billion yen. That is nothing to sneeze at. While Nintendo has had better years in the past, they are living proof that you do not have to be number one in console gaming to turn a profit, proving you don’t even have to be number two if you handle your properties correctly. Just how did Nintendo solidify themselves in gaming and profit earning no matter their place in the market?

Nintendo became a household name when they single-handedly revived the console gaming market in the mid-1980s. Earlier that decade there was the infamous “Video Game Crash of 1983/1984”. Many have taken a crack at deciphering the situation that led up to the crash, with most historians settling on the root cause being a lack of quality games being released and an overabundance of consoles on the market at one time. Consumers were simply tired of the limitations of the hardware.

Nintendo, a Japanese company that dabbled in the North American market during this period, decided to launch their Family Computer (Famicom for short) in the United States around the end of 1985 as the Nintendo Entertainment System. Through shrewd marketing and control of the third-party game publishers, Nintendo was able to revive console gaming. One thing that Nintendo got out of this control was revenue coming in from each game produced by companies that wanted on the platform – something Atari never thought of. This business model helped Nintendo expand their war coffers to unbelievable levels. 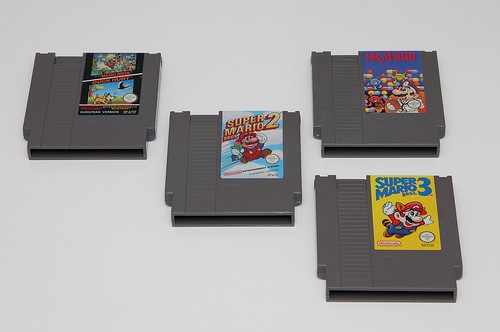 For many years, Nintendo held the gaming market with a firm iron grip. Competitors came and went, including Sega’s Master System console and Atari with their 5200 and 7800 consoles, and even a revival of the 2600 in the late 80s. It was too little, too late, however, as Nintendo was able to permeate the vernacular of gamers and non-gamers alike. Cartridges, whether NES games or not were commonly referred to as “Nintendo tapes” and Nintendo brand games were featured on various “competition-based” pre-teen shows on television.

Many view the NES as the only time that Nintendo was the clear cut leader of console gaming. The Super Nintendo, the next console from Nintendo, was late to market in the United States. Sega’s Genesis gave the Super Nintendo stiff competition, something new for Nintendo. Sega paid attention to how Nintendo operated in the previous generation. Companies wanting to publish on the Sega Genesis were held under similar restraints as Nintendo imposed – cross platform gaming was a no-no, arcade and computer game ports were okay, and there were licensing fees in place. Sega had the console market for a year or two prior to the Super Nintendo launching. It didn’t take Nintendo long to catch up, and in many respects, beat the Genesis, though. 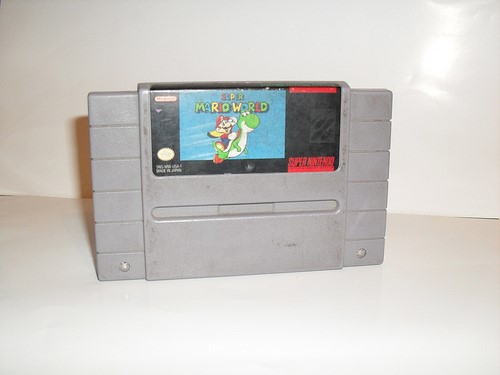 Again, Nintendo proved that their infiltration of the mind of gamers was quite real and very much still alive. According to VGChartz.com, Nintendo moved nearly 13 million copies of their mascot title, Super Mario World, in North America (to be fair, it was the pack-in game for most of the life of the SNES). In contrast, Sega was only able to move just over three million copies of their mascot title, Sonic the Hedgehog (at one time the pack-in game for the Sega Genesis).

Rare’s SNES side-scroller Donkey Kong Country is considered another seminal platformer, selling nine million copies worldwide and going on to launch the franchise into the mainstream. Even to this day, DK continues to inspire gaming developers, seeing something of a resurgence with 2014’s critically acclaimed Donkey Kong Country Tropical Freeze releasing for the Wii U.

Elsewhere, the franchise has also influenced titles such as Blueprint Gaming’s King Kong Cash slot title, which uses a digitized aesthetic, along with iconography such as bananas, barrels and a cartoony gorilla protagonist, heavily inspired by Rare’s iconic title. With a number of iGaming operators offering deposit bonuses and offers, such as 100 free spins, it is possible for nostalgic gamers to try the five-reel game for free.

Sega attempted to go in a new direction with their first party Sega Genesis library, a direction Nintendo never really bothered with: the licensing of popular products and people. This started with the sports lineup Sega offered that featured the likes of Tommy Lasorda (baseball), Pat Riley (basketball), and Ayrton Senna (racing) to name a few. Still, even with high dollar – if questionable marketing wise – names Sega was unable to stave off Nintendo’s advancement for long.

Years later, Nintendo continued their focus on cartridge gaming with the Nintendo 64 in the mid-1990s. This time Nintendo’s wait and see game plan worked against them as Sony was able to bring out their PlayStation console and do what Sega was unable to do – reach the teen/college student market. This market was an area new to Nintendo and one that they had very little experience with, considering they spent the better part of 15 years focusing on younger players, pre-teen and younger. Nintendo was not considered cool anymore but that did not stop them from moving nearly 30 million Nintendo 64 consoles from 1997 to 2000 according to Statista.com’s charts. The Nintendo 64 was arguably the number two console available and proved Nintendo could turn a profit from this position. The Sega Saturn, Sony’s only competition early on, was never able to get off the launch pad despite an unannounced six-month early launch that did more harm than good. 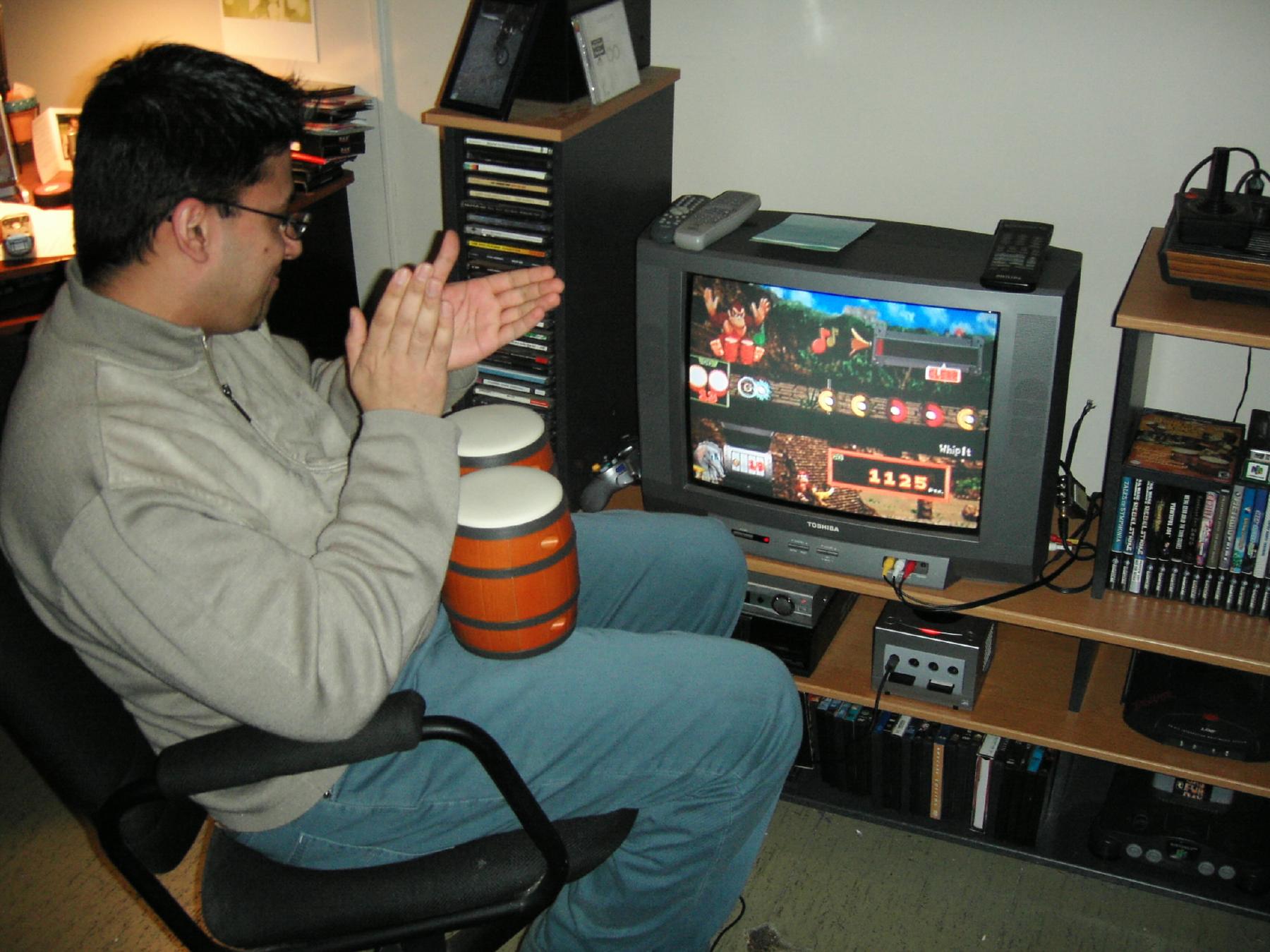 Nintendo joined the disc-based console market with the launch of the Gamecube. The GCN, as it was called for short, was criticized for not providing a “normal” controller design but continuing the previous generations’ awkward designs. Gamers still got used to it and eventually accepted the controller so they could play third-party releases like the remake of Resident Evil, Resident Evil Zero and of course, first party releases including Mario, Zelda and Donkey Kong. Again, Nintendo found themselves fighting for the number two position against the Microsoft Xbox as the Sony Playstation 2 held a firm grasp on the number one spot.

When the Wii came around, Nintendo had nearly completely dropped the controller for motion controls and an “exercise”-heavy focus. As Nintendo went one way while the rest of the gaming industry went another, gamers still followed Nintendo in droves – or at least enough to continue turning a profit. The Wii was able to penetrate the gaming world for its use of “waggle” controls that involved waving the Wiimote around wildly for many games. The level of interaction between gamers and the game was heightened like never before with the Wii. Bowling was more realistic; the same was true for tennis, baseball, and playing pool thanks to the motion controls that were available from the Wiimote controllers. The level of interaction with normal games was hit or miss for many and Nintendo had to release the Classic controller, in part to assist with their Virtual Console digital marketplace.

As they say, things often come full circle and that is what happened when Nintendo launched the Nintendo NES Classic Mini. If you were lucky enough to get an NES Classic Mini last year, you got access to 30 classic titles in one unit – and are sitting on a valuable piece of tech. Nintendo sold over 1.5 million of these little bad boys as of February 2017. Many believe that the success of the NES Classic Mini is a sign that more miniaturized consoles are coming from Nintendo.

Through careful production limitations, understanding the market and controlling distribution, Nintendo has turned a potential fiasco with the shortage of NES Classic Minis into a marketing coup. Gamers that wanted the all-in-one console, but missed out, were worked up to a frenzy, often waiting several hours only to see the last unit leave with someone else. Since these gamers now had a personal stake in a Nintendo console, many came home with a Nintendo Switch or a Nintendo 3DS handheld (oddly, both are portable somewhat). Have you ever seen a commercial for the NES Classic Mini? Nintendo knows how to work “word of mouth” advertising.

Even when Nintendo is not number one, they find a way to turn a profit, which is often due to their position with gamers that are now in their 40s and with disposable income. Nintendo certainly were in the right place at the right time to grow with gamers, while stroking those nostalgia strings at just the right time.

2022 is almost over, and it has been a year packed full of awesome video game experiences from start to finish. With the number...
Read more
Editor's Picks

Nintendo has a reputation as a casual-friendly company, and while that reputation is certainly well-deserved, it isn’t the whole truth. The fact is that...
Read more
Editor's Picks

The FIFA series is a venerable gaming institution. It stretches all the way back to 1993, when the original FIFA International Soccer was released....
Read more
Best Games

If you’re pretty much an avid gamer, there’s a game for all your tastes. From first-person shooters to casual games and puzzle games –...
Read more
0 0 votes
Article Rating