New Worlds is finally getting traction after months of declining player count. What is the current average population in Aeternum?

New World is surprisingly making a comeback from its recent slump as an MMO giant hopeful. Over the past few months, the game has steadily gained back some player counts. Fans may remember that the number of active New World accounts took a dive between the end of 2021 and the start of 2022. Now, it seems that the game is finally getting back on its feet. 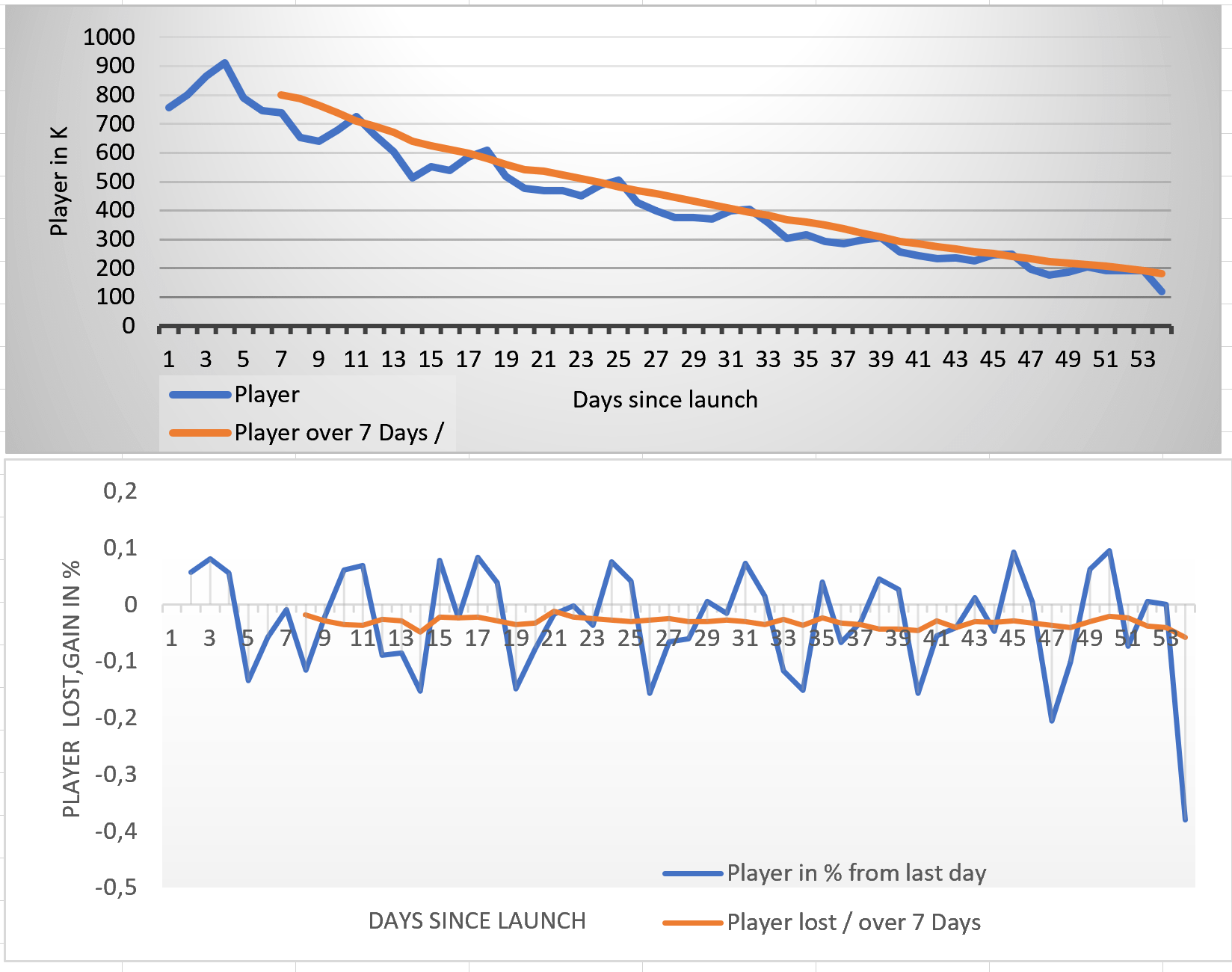 Amazon’s MMO has finally gotten back on track as its player count is slowly increasing. July 2022 saw the game’s lowest active players averaging around 13,000. This number steadily increased starting in August as it rose to 16,504. By the month of October, the game has averaged around 35,000 active gamers who are farming New World gold.

What’s more impressive is New World’s peak population in both September and October. The former maxed out at around 45,745, while the latter reached 69,605. These statistics show that players are finally coming back or joining many others playing in the world of Aeternum.

Why Is the New World Population Increasing?

After months of troubleshooting and updates, New World’s content has finally made things attractive to fans and other interested parties. Introducing new expeditions, such as Barnacles and Blackpowder and Tempest’s Heart, has renewed the adventurers’ interest in the game’s end-game group content. In addition, new main story quests have also added more things for gamers to explore.

Players became more invested in the game after the Brimstone Sands patch. The major update introduced a new region to explore as long as several new quests. While the expansion is not yet complete, many have already seen it as a positive addition to the game.

What Happened to New World?

Players can still recall New World’s successful launch as hundreds of thousands of players tried to log in to experience the new MMO. The massive server congestion and queues were seen as an indicator of the game’s potential in the industry. Unfortunately, things took a quick turn in the coming months.

Just weeks after the release, the player count started to slowly decline after the hype died down. However, the situation was significantly exacerbated by the myriad of issues that plague the game. Several game-breaking bugs and glitches, such as the gold duplication hack, caused the in-game economy to destabilize, which in turn made many adventurers furious.

While bugs remained unresolved for months, other issues, some related to game updates, continued to arise. Devs introduced patches that were either highly unpopular or were never communicated with the community. The number of problems in New World significantly impacted its players, causing a massive drop in active New World accounts.

In a developers’ note in December 2021, AGS admitted that they have been going on with updates briskly, which caused unoptimized changes. Devs have reaffirmed their commitment to developing the game even further, but they would do so at a slower but more optimal pace. Ever since then, the gaming studio has ensured that they would test and optimize every upcoming patch before it gets released.

Devs have also promised the community that they will be more open about upcoming changes, which assured the players about the game’s transparency. New World has been very responsive and communicative to its player base. This has ensured that any upcoming updates will be received favorably.

Is It A Good Time to Return to New World?

Based on the amount of content available and future updates, players should consider hopping into New World. Brimstone Sands has just been released, and many expeditions are available for adventurers. Farming New World item coins will only get interesting in future updates, so it is prime time to return to Aeternum.