By GamerBolt Team
May 10, 2019
Editor's PicksEditorialsFeatured

Here’s a question worth asking: what’s the best way to honor the lineage of a video game? Should we present its earliest version warts and all and allow others to judge it for what it truly was? Should we tidy up the game and add features it didn’t have to make it seem more palatable? What is the right way to approach this?

The fact is that there isn’t really a “right” and a “wrong” way to preserve gaming history. Every studio will come at this issue from their own angle, and that’s fine. Nintendo will polish its games for the Virtual Console, and other companies will present early versions of their games just as they appeared at time of release. 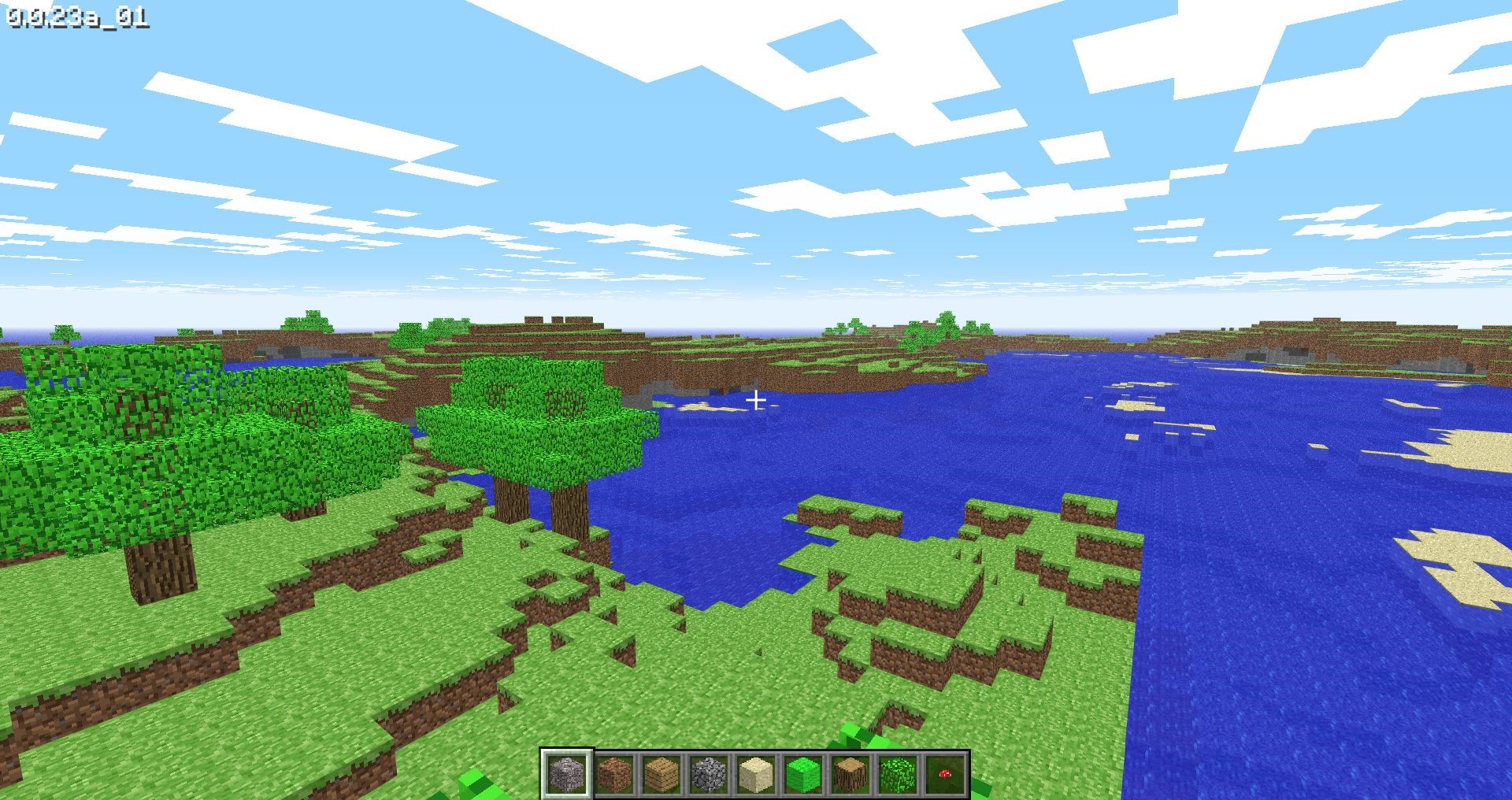 This brings us neatly to the case of Minecraft Classic. Microsoft is celebrating the game’s 10th anniversary this year, and as a result it’s made the 2009 version of the game (which it’s calling Minecraft Classic) available via browsers. That’s right – you can play Minecraft Classic right from your Internet browser.

The most immediate and striking thing about Minecraft Classic is its total lack of frills. You’re simply dropped into the middle of a massive empty landscape, given some blocks, and left to your own devices. It jumped out at us just how little this game used to hold our hands.

Of course, Minecraft Modern doesn’t exactly overload players with quest objectives. Still, this version of the game is undeniably bare-bones. The Minecraft devs say the classic version is “even more glorious than [they] remembered”, and it’s hard to disagree with them when you see the beautifully simple state of Minecraft Classic.

Here’s the skinny. Minecraft, as many may already know, is basically a set of building blocks and a crafting system masquerading as a game. That’s not a criticism; we love Minecraft and have sunk many, many hours into playing it. The Classic version strips away many of the game’s modern systems and leaves us with what is arguably the basic skeleton of Minecraft. 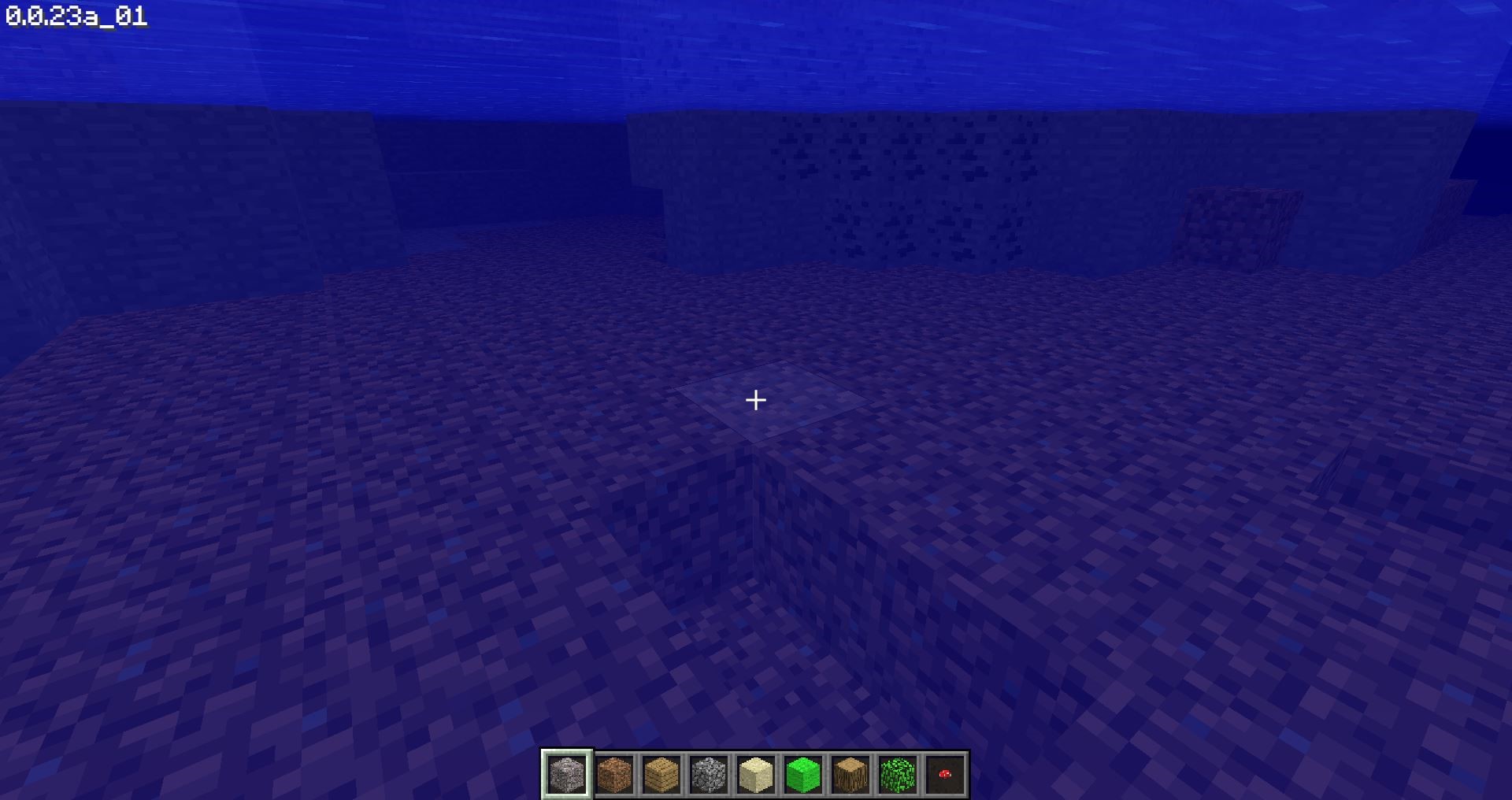 What that means practically is that the Classic version of Minecraft offers very little in the way of mining or a crafting system. Instead, it’s all about the building. You’ve got 32 building blocks to play with here of varying textures, although they don’t function too differently to one another. Some are flowers, some are different ground types, but they’re all very much in the 2009 Minecraft blocky vein.

You’re given a pretty vast map on which to use these blocks, as well as the chance to remake the map if you don’t like what you’ve been given. Minecraft Classic gives you grass, sand, rocks, and water; it’s very much the original Minecraft in terms of its geography. There’s no snow, no different biome types, and no dynamic tiles besides water.

Despite all this, Minecraft Classic manages to be an incredibly compelling game. Maybe it’s the calming ambience that remains the same in the Classic version. Maybe it’s the chilled-out blocky aesthetic that reminds us not to take life too seriously. Maybe it’s just the beautifully serene stillness of the game as it was ten years ago.

Whatever the reason, Minecraft Classic is, to put it simply, still an absolute blast. You can get some friends together with you if you like, or you can simply spawn a bunch of NPC characters and watch them frolic among the lack of tulips. Minecraft Classic is perhaps more of a creativity toy than the modern version is.

Of course, this being Minecraft Classic, there are some crow’s feet. The interface is…less than ideal, and it’s nowhere near as polished as it is in the modern edition. The lack of actual things to do might be a deal-breaker for some, although it’s a nice antidote to today’s goal-oriented gaming landscape.

Minecraft Classic is a simpler beast from a simpler age. Even the relative complexity of Minecraft today is eschewed in favor of something decidedly more Zen. It wouldn’t be a stretch to imagine Minecraft Classic as a meditation aid, something ultra-relaxing to help people unwind after a difficult day at work. The modern version is full of distractions and objectives by comparison; Minecraft Classic just wants to chill, man.

That’s not to say the DNA of Minecraft isn’t still in here. It’s still possible to build incredible things with Minecraft Classic; the community was showing us way back when that Minecraft Classic is still the perfect canvas for creativity. The addictive gameplay feel is also replicated here perfectly, so if it’s just the way Minecraft feels that you love, you’ll be well-served by Minecraft Classic. 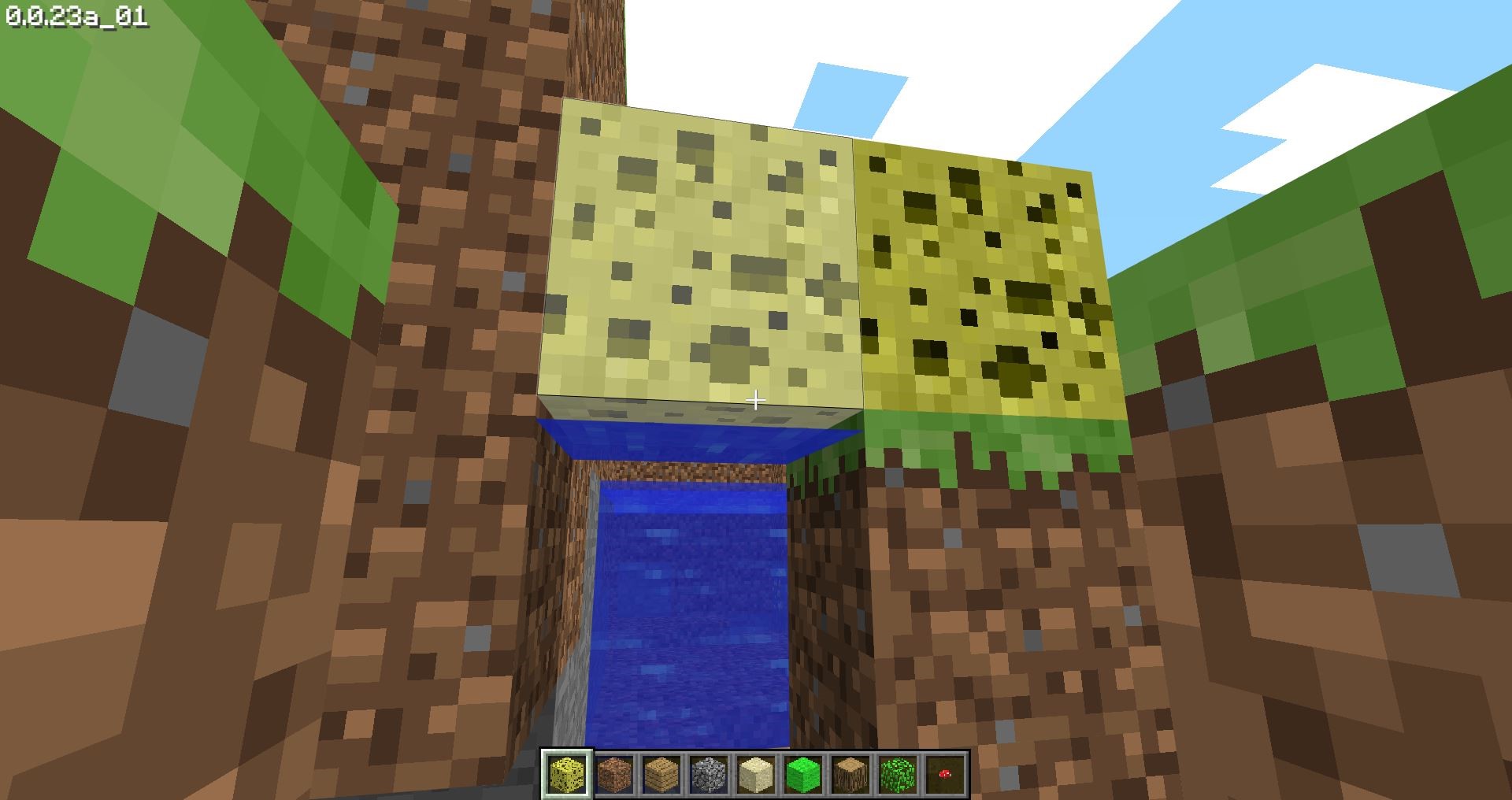 It’s not hard to throw out a recommendation for Minecraft Classic. If you want to see where the world’s biggest game began, this is where to apply. If you just want a tool to help you chill out after a long and hard day, Minecraft Classic will more than suffice. Hey – it even works as a chatroom. It’s astounding just how well Minecraft Classic still works after 10 years, but work it most definitely does.