Madalin Stunt Cars 2 is a driving game without a scoring system. Nay, it’s a racing game without an official winner. Better yet, it’s a free game that features free vehicles in an open (i.e. free) world. The action can be as wild or tame as you’d like. If a sandbox driver sounds like fun, you’re right—it is. 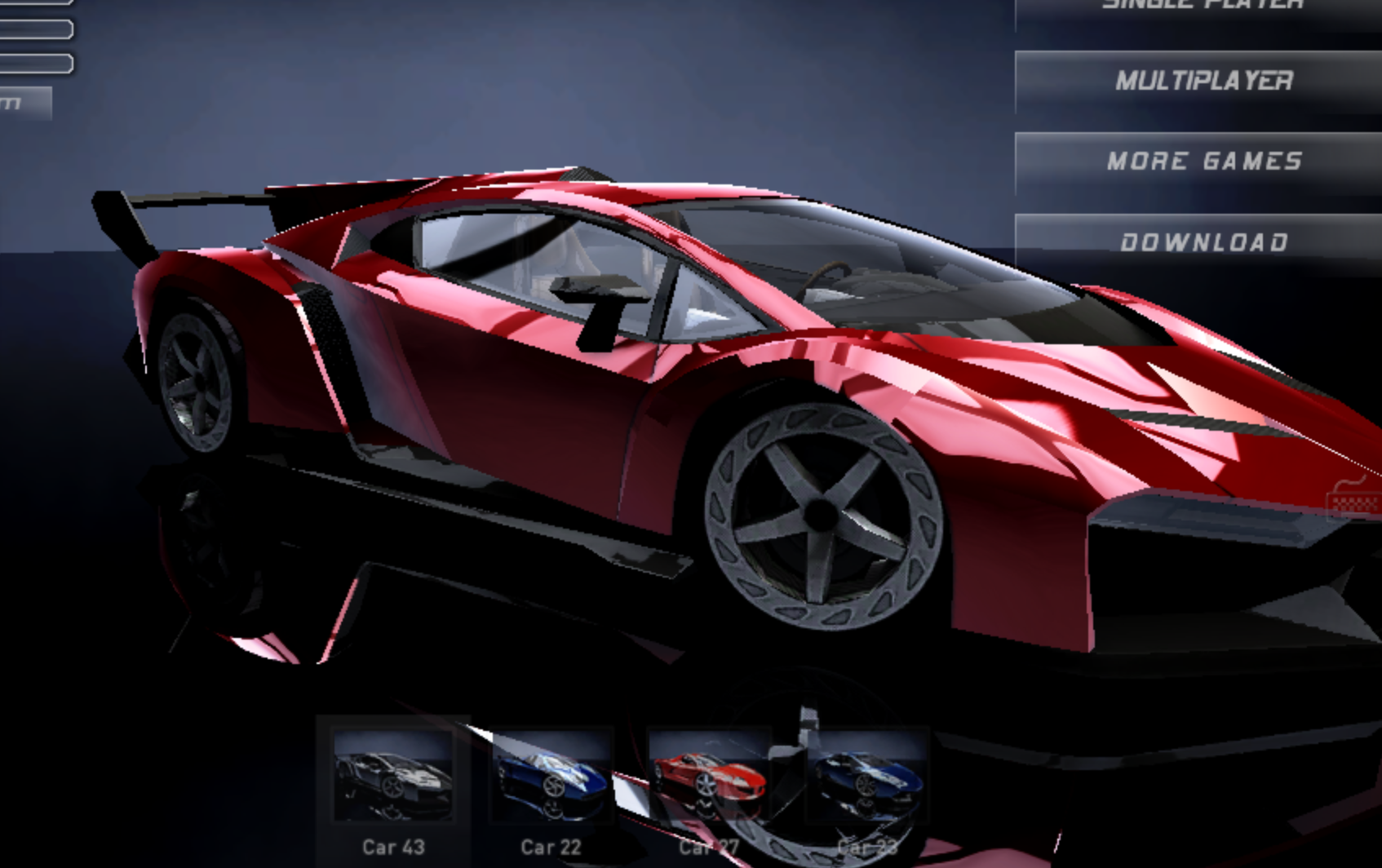 Madalin Stunt Cars 2 includes dozens of speedy cars you can check out here. There are exotic vehicles, muscle cars, and common street racers. None of the vehicles are officially licensed, but it’s easy to see the inspiration. Every vehicle is clearly based on a real-world make and model. There are multiple cars from American manufacturers Chevy, Dodge, and Ford. European automakers Audi, BMW, and Porsche are included, too. And don’t forget about the star cars from Italy; there are enough Ferraris and Lamborghinis to go around for everyone.

Each vehicle is a true powerhouse. No car is too weak or slow to climb steep hills, blast off ramps, or complete vertical loops. Thus, choosing a vehicle is more about visual preference. With more than 30 cars and 3 large maps, there’s plenty of replay value here. Each map includes its own terrain, landmarks, and obstacles. Vehicles aren’t bound to the road, so exploration is strongly encouraged. Whether playing alone or in multiplayer mode, the concept remains the same: have fun! It’s an open world, and you can go wherever you wish. 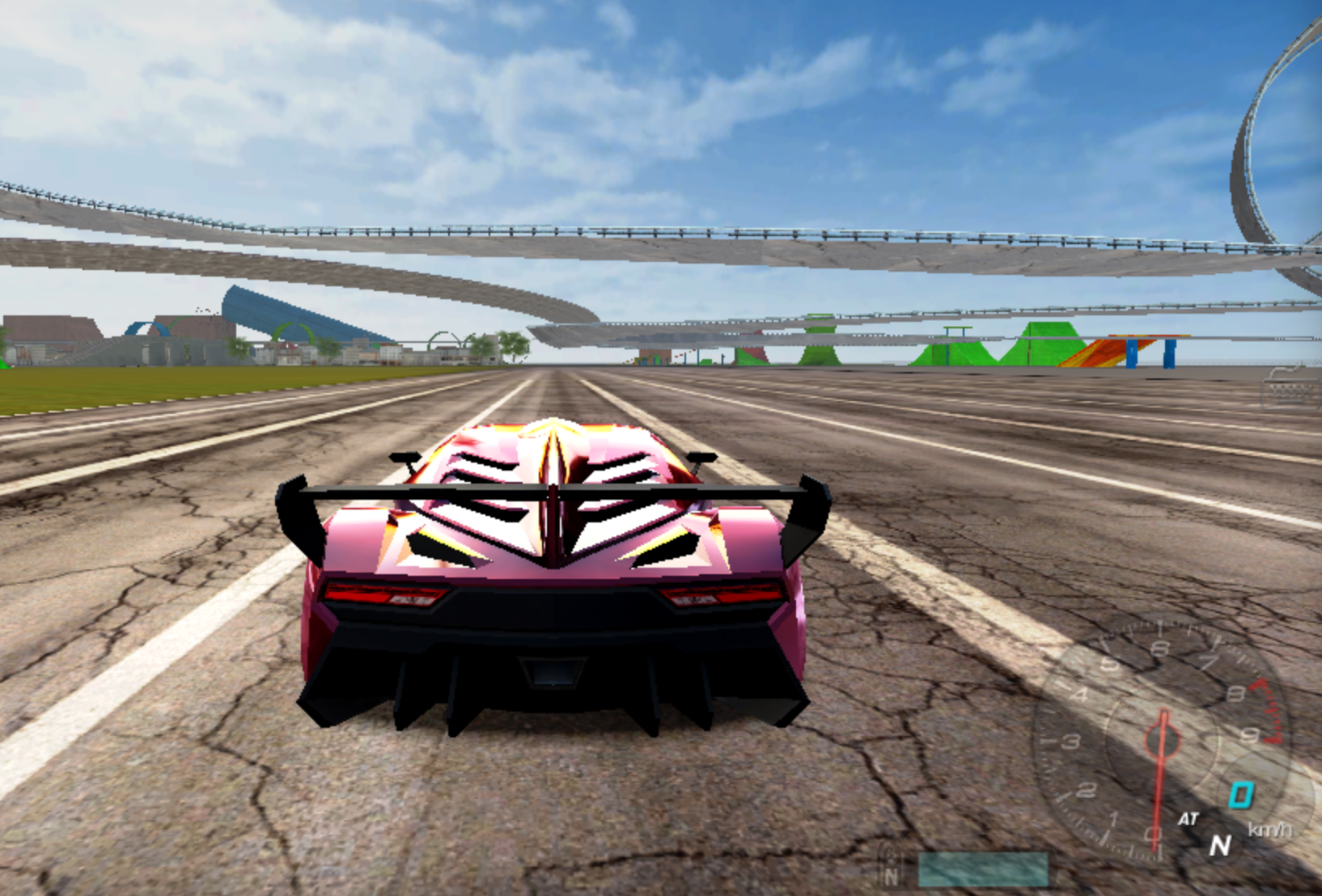 Madalin Stunt Cars 2 looks slick. Its 3D graphics are powered by Unity WebGL, which delivers some of the best visuals on the web. There’s no mistaking each vehicle; every curve on every trim is detailed perfectly. Lighting reflections are equally impressive, giving a glossy, photorealistic feel to each car. The environment in each map doesn’t have as much detail, but that’s okay. When whizzing past mountains at 230 km/h, low-res rock textures will be the least of your concerns. Plus, the ground reacts to your car. Skidding across asphalt and grass leaves rubber markings everywhere.

There is no music in Madalin Stunt Cars 2, which is fine by me. Personally, I enjoy listening to my own music collection when playing driving games. However, the engine sounds leave something to be desired. After playing for a couple of minutes, I prefer to mute the game because my ears are fatigued by the constant revving sounds. Other than that, the environmental noises are good—drifting and crashing sound FX are delightfully loud and attention-grabbing.

Madalin Stunt Cars 2 isn’t an average driving game. It’s different, favoring exploration over competition. Single-player mode gives you the chance to explore each map freely. The beauty of such games is that you don’t need to get offers on games. There are no restrictions; instead, the frightening obstacles dare you to try death-defying moves. Multiplayer mode offers the same gameplay, but you’ll share the map with others. There’s also a live map and chat feature to stay connected to other drivers. If you think you’re ready to conquer over-the-top stunt courses, get into your dream car and drive.