Heavy Rain and Beyond: Two Souls are both a different kind of gameplay experience when compared with titles like Call of Duty or Grand Theft Auto. There is action, yes, but it’s handled in a different way, and gameplay ultimately takes a back seat to story. For instance, when shooting a bad guy, instead of aiming with the thumbsticks and firing with the triggers, you’ll be hitting buttons when prompted while the camera shows you a dramatic view of the action… instead of listening to static dialogue, you’ll be able to choose what you want to say… and when you get in a car, you’ll use the appropriate actions to buckle your seatbelt, adjust your mirror and start the engine. Immersion is the key, and so these games play out like interactive movies, where every decision you make affects how events play out. If you’ve played newer titles like Life is Strange or Until Dawn, you’ll feel right at home with these PS3 titles that have just been re-released for the PS4. 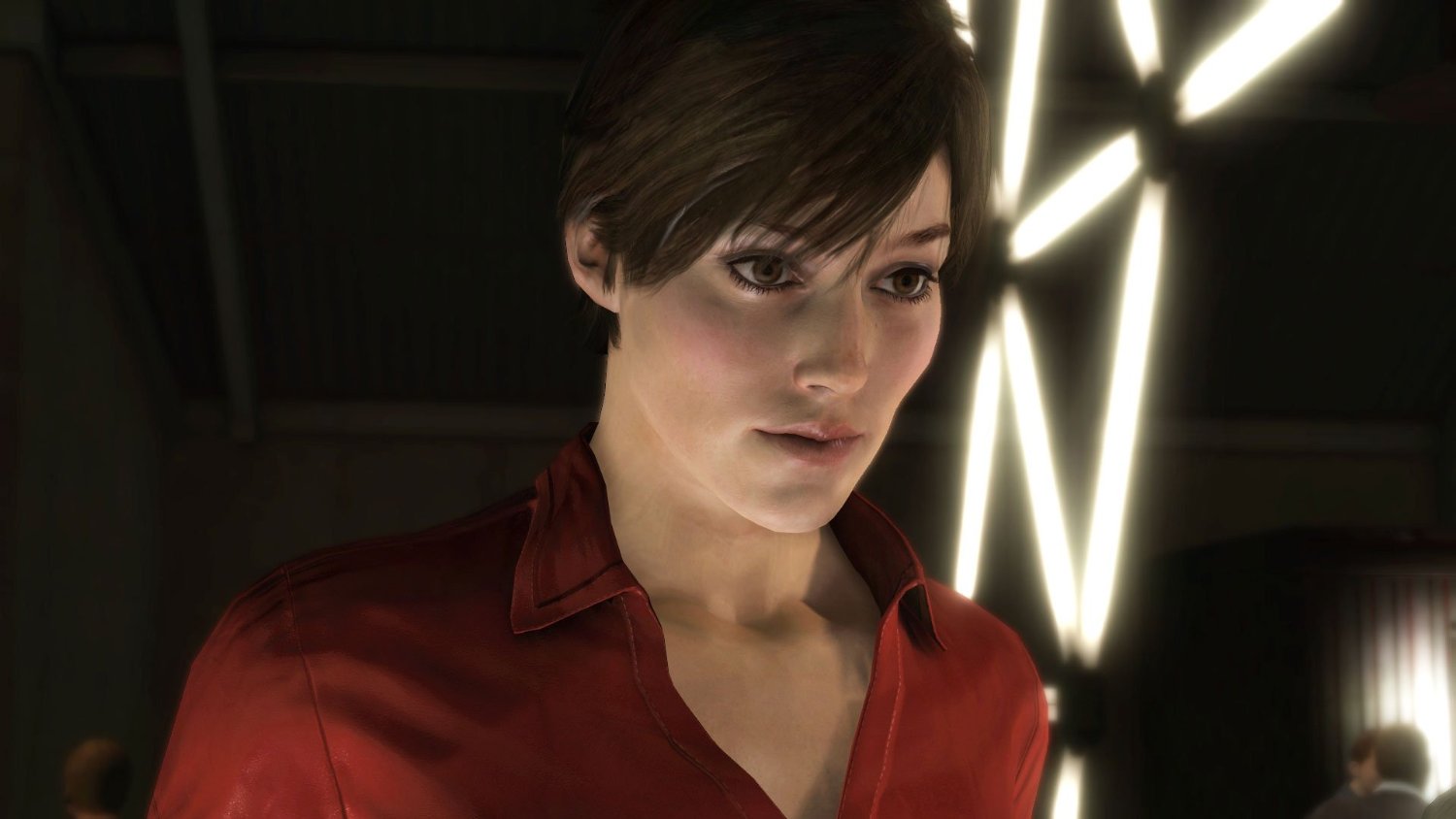 The thing is, if you have played newer titles like Until Dawn, you may find many aspects of these older games to be a little dated. Don’t get me wrong- the stories are fantastic in both titles, but you don’t have as much control over events as you would hope, and in some cases you have a little too much control (did the developers really need to make it possible to fail a prompt when my character is drinking orange juice?). Until Dawn‘s butterfly effect and QTEs just feel better than these older games, but if you can get into the meat of both Heav

y Rain and Beyond: Two Souls, you’ll soon forget that some of the mechanics leave a bit to be desired.

The reason for that is mostly because the stories are just so good. Developer Quantic Dream definitely knows how to tell a tale- Heavy Rain is a noir thriller centered around catching a terrifying serial killer, and you’ll control four unique characters in your hunt to bring him down. Beyond: Two Souls, on the other hand, is a story about a girl who is linked to an otherworldly spirit and a mysterious paranormal researcher who wants to find out why… 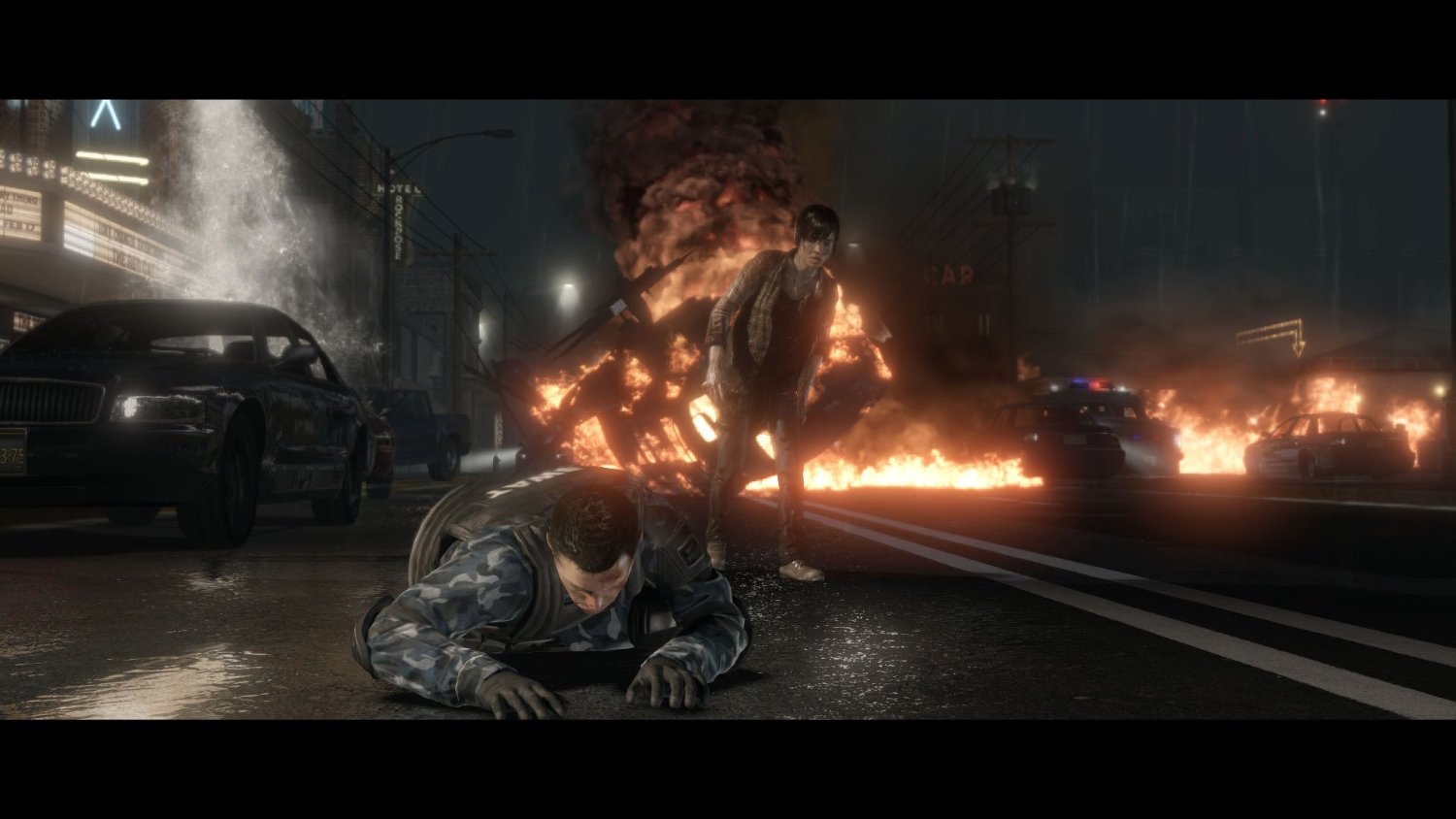 There are twists and turns in both stories that you definitely won’t see coming, and thanks to amazing cinematics, excellent voice acting (Ellen Page and Willem Dafoe are the stars of B:TS), and your own unique choices, you’ll find yourself unable to put the controller down during certain points in both games.

Now, these are remakes, and as remakes you expect them to be improvements on their previous iterations. The graphics aren’t that much better, but they were so good in the first place that you probably won’t notice. As far as new features go, the biggest change was made to Beyond: Two Souls… the original was criticized for being very disjointed in its storytelling, jumping between different points in time, but the remake gives you the option to play through events in chronological order.

All in all, if you’re a fan of cinematic storytelling, this collection is for you. If you missed out on either original title, these provide a great chance to catch up on some great gaming experiences, and if you weren’t too happy with Beyond: Two Souls originally, this remake should leave a much better taste in your mouth- especially at the low price point.