The Great Showdown: Steam vs. PSN vs. Xbox Live vs. Nintendo Switch Online

By GamerBolt Team
May 27, 2018
EditorialsNintendoOther Gaming

Everybody loves a good fight. Whether it’s physical or a battle of words, we all gather around the aggravated parties, picking our sides and wondering who’s going to win. The major gaming services are no different in this regard. A lot of people in our storied community have preferences, and pretty strong ones at that. I like to think of myself as an arbiter of sorts; I either own right now, or have owned in the past, consoles by all the major manufacturers as well as PCs, so I’m not so much sitting on the fence as perched perfectly atop it like a martial arts master. With this in mind, who better to indulge in an unbiased (as much as possible, anyway) look at which of gaming’s online services is the best? 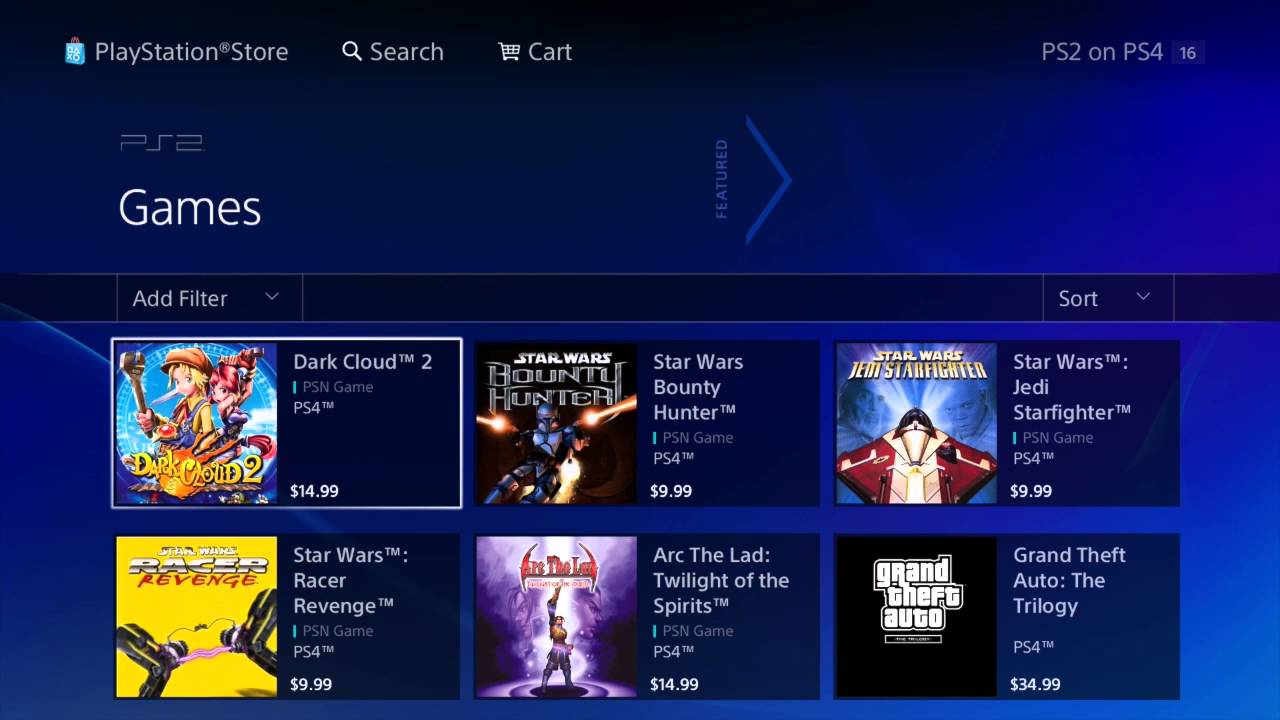 First up, it’s one of the two major big hitters of the console wars, our wonderful friend, PlayStation Network. We’ve come a long, long way together, us and PSN, ever since those infamous 2011 outages (thanks very much for inFAMOUS and WipeOut, by the way, Sony), and the service has improved considerably since then. Stability is pretty great, with fairly few outages and short maintenance periods (screaming dissenters to the comments, please), and although the service does cost money to subscribe to now, the fees are largely in line with competitors. What’s more, PS Plus subscribers get a nice round of free games every month. The community is often divided on whether the quality of these offerings is up to scratch, but we did finally get Knack a few months ago, so hush my mouth, I suppose. “Free” PS Plus games (for those who pay the subscription fee, at least) usually consist of a big AAA hitter or two, as well as some slightly lesser-known indie titles and microgame-style affairs, which are often cross-compatible with PlayStation Vita. The PSN storefront is…well, it’s alright. The search function is pretty horrific (wheel-style searches? Really?) but the suggested options do a lot to allay this. Overall, PSN is a solid way to boost your PlayStation experience, and if you’ve got a PS4 you’re probably going to want a subscription because playing online without it is impossible. 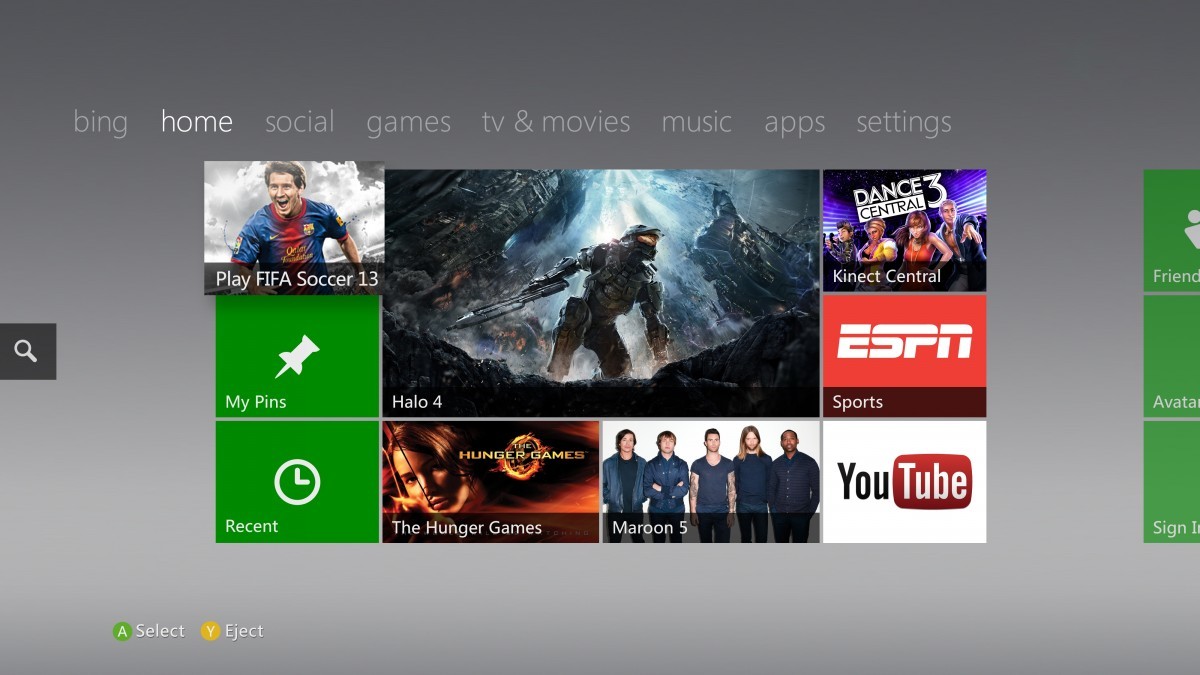 Cards on the table: this is the one I know the least about. Of the major gaming platforms, I’ve spent the least time with Xbox Live, so my opinion here is objectively worth less than those of you who are loyalists to the cause. I will say, right off the bat, that the Xbox Games With Gold service is probably empirically a superior service to the PS Plus equivalent (sorry, Sony people, but it’s true). The games on offer are usually of a slightly higher calibre, and they’re yours to keep once you’ve downloaded them, unlike on PS4 where they’re effectively leased to you and taken away when your subscription runs out. Again, the service is fairly stable (I guess you’d expect that these days, so maybe I shouldn’t be giving points for it), and there’s a price tag on Xbox Live too, which there has been since the heady days of the Xbox 360. In many ways, this service is identical to the PS Plus deal. The Xbox interface is a little cleaner than the PS4’s XMB, though, so let’s add a few points for that. As I said, this isn’t my area of expertise, but I have friends who own Xbox One consoles who tell me it’s a pretty swish service, so I trust their opinions on that. 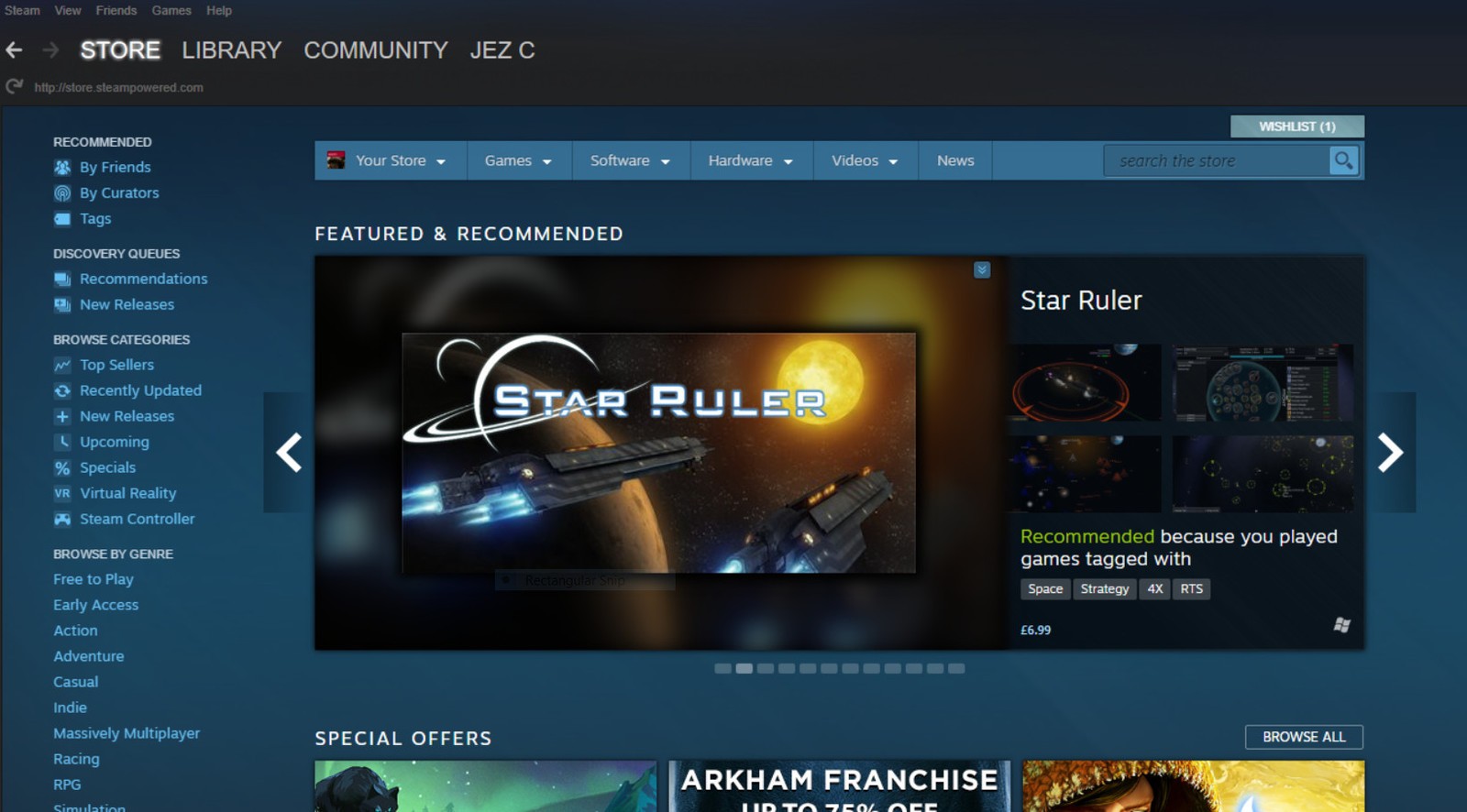 Here we go. If you’re a PC gamer, you use Steam. Shut up, yes you do. I don’t want to hear about GOG Galaxy (which is also great), Origin (…err) or Uplay (yep, still exists). Steam is still the head honcho of PC gaming after all these years, and it’s where most people go to experience their PC content. First thing to note is that Steam is also a repository for PC software and other goodies, so it’s not just a gaming platform, but we’ll primarily be looking at the gaming aspect of it today. The Steam Store is laid out a little more confusingly than the PS Store or the Xbox storefront, which is largely because it’s a piece of PC software which doesn’t need to be navigated with a controller. Steam is well-known for its regular sales and lovely, lovely discounts, but for the uninitiated, huge games and lesser-known gems alike can often be had on Steam for mere pennies. This is something the other services do as well, but it’s way less regular than Steam. Online seems pretty stable if DotA 2 is anything to go by, and the library is nice and straightforward. My money’s on Steam for the overall winner of this competition. 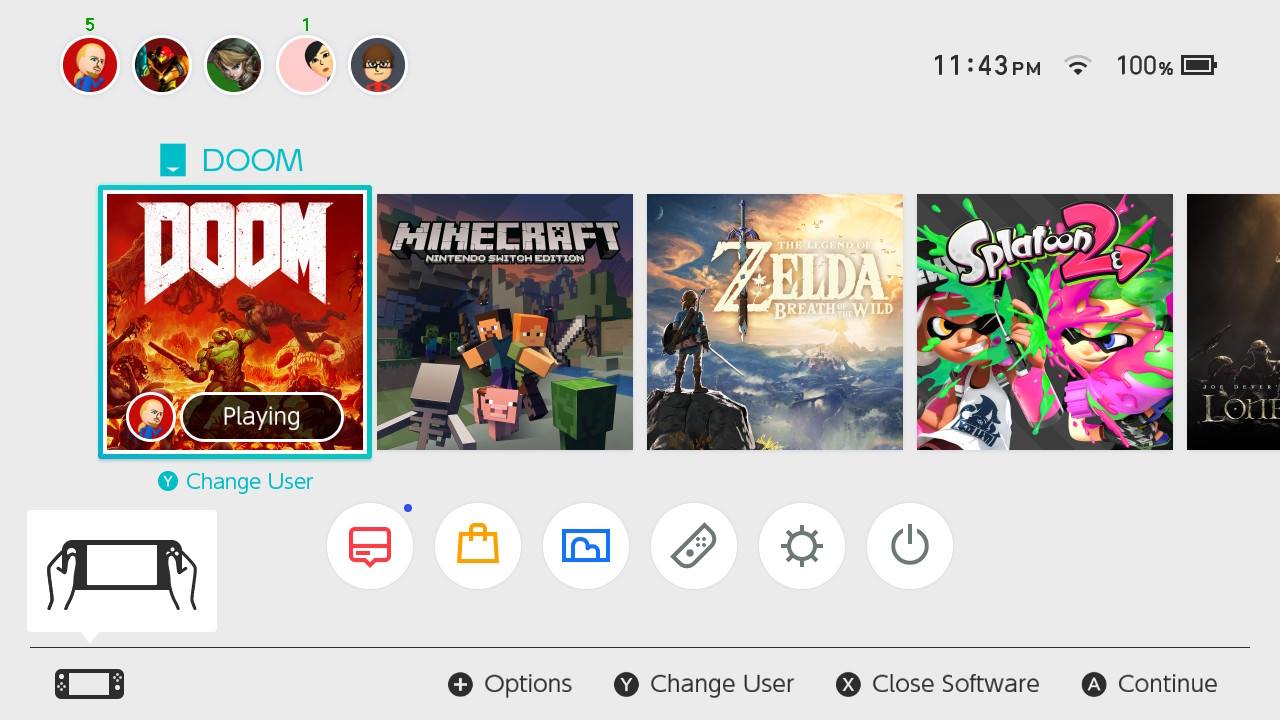 Of all these services, Nintendo’s is the most cloaked in mystery. It has the cheapest of all the subscription-based online services, costing only $3.99 for a month; it’ll be rolled out in America first, coming to other territories later; it offers online play, as well as classic Nintendo games for subscribers to play (this feature’s a bit more nebulous right now, so expect more in future). There are also discounts on eShop games, cloud saves and more. We can’t really judge this one based on how it stacks up against the competition, because it’s not available yet, but I will say that the eShop interface for the Switch is pretty horrible, so points off for that right out of the gate. Online services are stable, though; I’ve only ever had a dropped connection in Splatoon 2 once, and I’m pretty sure it was my Internet connection’s fault. I want to believe this is only likely to improve once people start giving Nintendo money to maintain servers, too, so that all checks out.

Sorry if you were hoping for a definite victor, but no dice!