Fireboy and Watergirl is a 2D platformer, available to play online for free. Each of the characters in the title are playable, with the twist being that you actually control them both at the same time. One is controlled by using the AWD keys, and the other uses the left, up and right arrows. And that’s the entire control scheme of the game!

Of course, a simple control scheme doesn’t mean a simple game. Things are quickly complicated by the fact that there are certain things that only one of the characters can do: only Fireboy can go in the fire that’s dotted around the levels, and only Watergirl can go in water. That means that, on any given level, the two characters can have very different roles to play. There are other further obstacles which must also be overcome with teamwork, regardless of which character takes which role; platforms which one character must stand upon to keep a door open for the other character, for example. 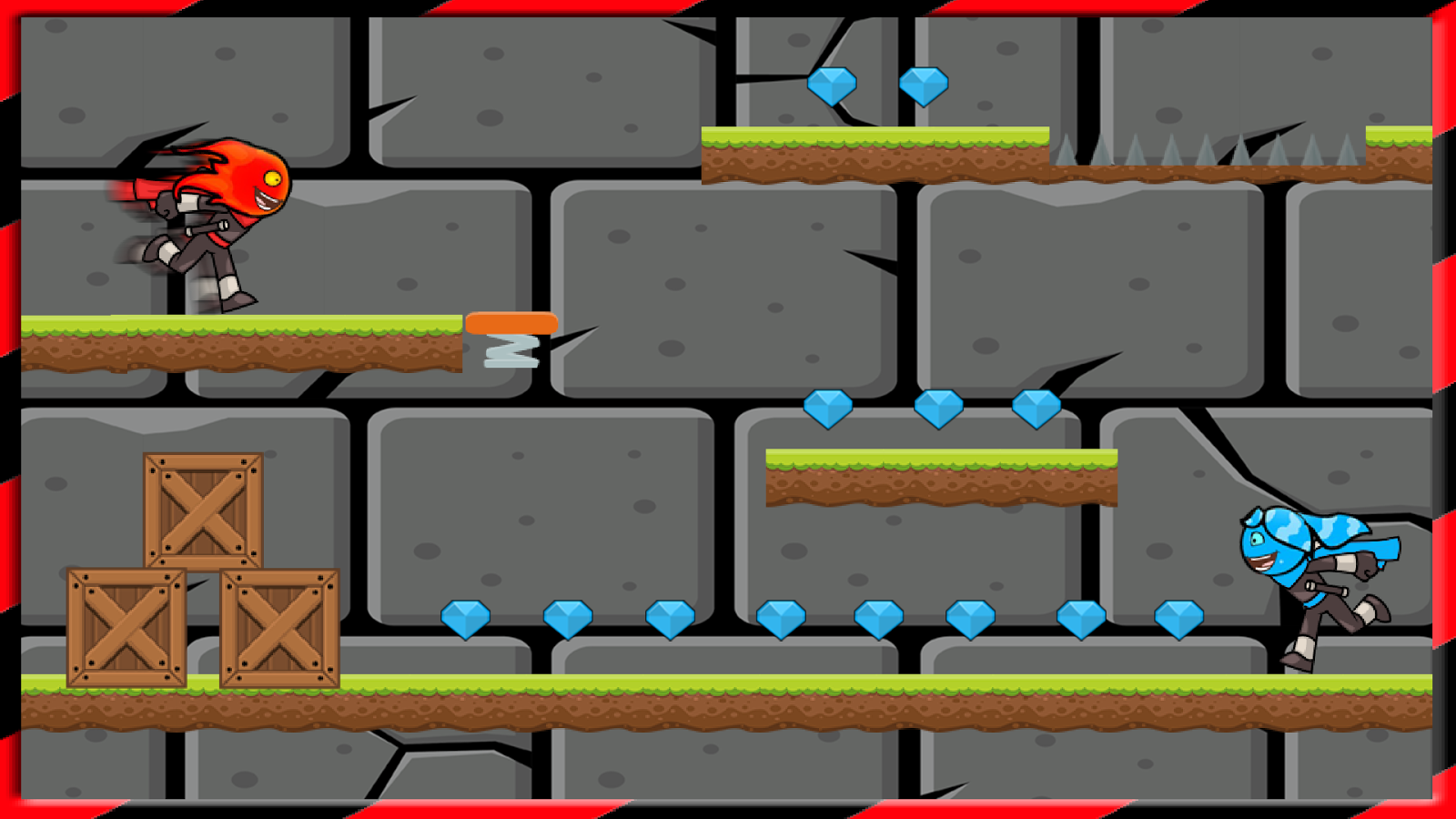 Pretty quickly, what looked like an incredibly simple game – particularly due to the extremely basic graphics and sound design – starts to get a whole lot more complicated. You can only get away with simply charging towards the exits, or towards the gems which you must collect, for so long before your characters start dying pretty quickly. Soon, you see the need to take at least a few seconds at the start of a level to plan your route; deciding who goes where, and when (the timing of each character’s actions becomes crucial to succeeding too).

Added to all that is the competitive element. Simply completing the levels isn’t always that difficult. After each completion, however, you’re effectively given an assessment, with your time and grade (A, B, C, etc.) prominently displayed. Competitive players (of which there are, obviously, many in the gaming community), will want to keep plugging away, taking second after second off their time in order to achieve that sweet, sweet A-grade. 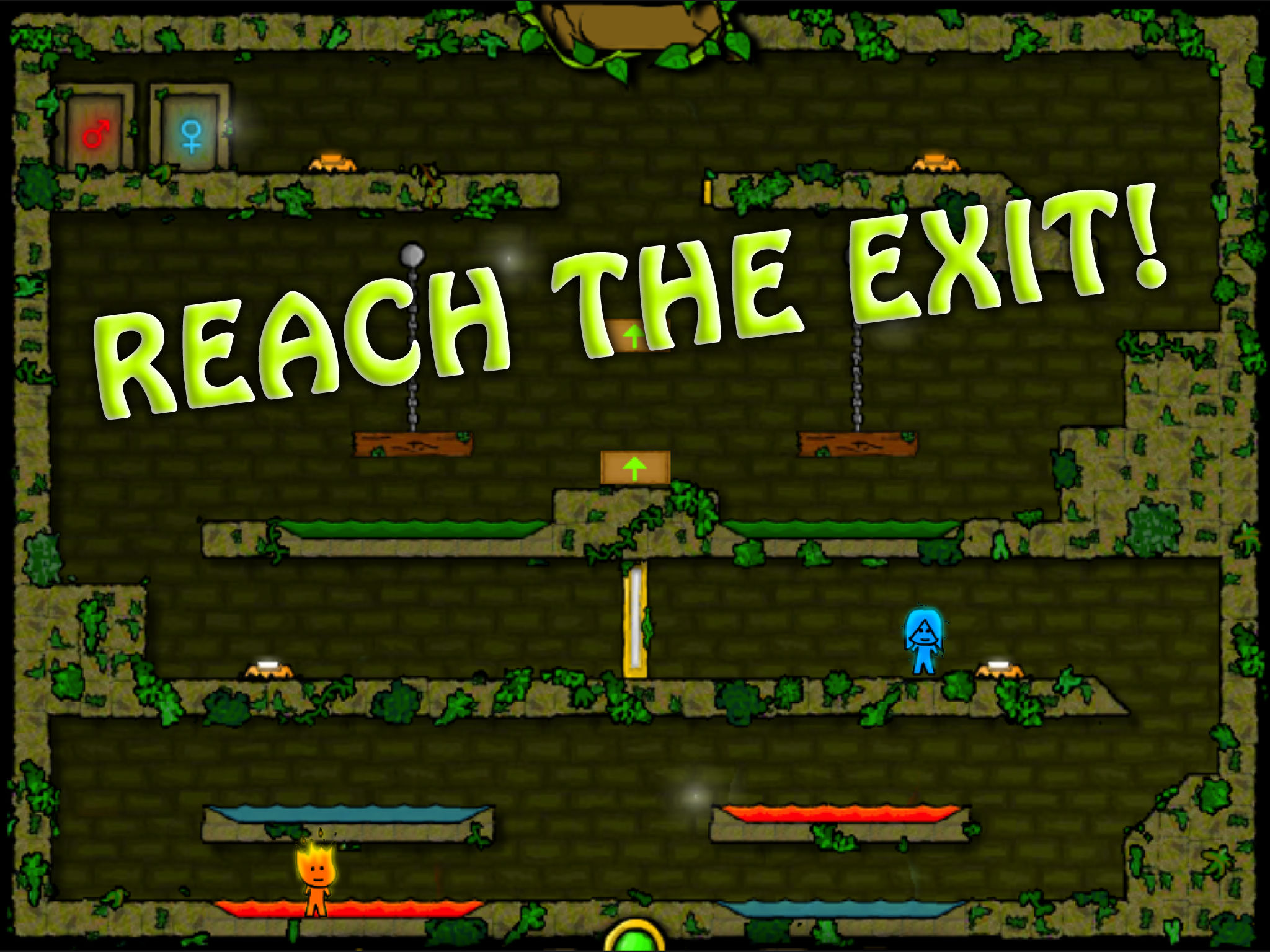 Doing so requires not just planning, and not even just timing, but also a whole lot of dexterity: to achieve the best possible time in a level, you’re going to need to move both characters at once. This presents a significant challenge, to say the least, for those amongst us who are… challenged in their hand/eye co-ordination!

The pacing of the game is very well measured, with the too-easy introductory levels not lasting very long before they give way to setups which are more challenging, but also more rewarding to complete. There are a decent number of levels, meaning a solid few hours of potential gaming here, and all for the price of, well, nothing!

Fireboy and Watergirl doesn’t necessarily have the complexity or the longevity to be considered a true contender to Spelunky, Super Meat Boy, or any of the other titans of the 2D platforming genre. It is, however, an extremely well-executed little game, and one which will provide you with several hours of frustration which gives way to deep satisfaction, as every platformer should. And finally, with cost again not being an issue, you don’t really have any reason not to give Fireboy and Watergirl a go.

Will Jagex Ever Shut Down OSRS?

Everything ends eventually, right? Old-School RuneScape is part of the multi-million RuneScape franchise. It’s based on an old build of the game and eventually grew...
Read more
Web

Since the world never sleeps, your website shouldn’t, too. Maintaining a working e-commerce store or news website means that it has to remain available...
Read more
Web

Exam dumps have long been associated with certifications. These files are mostly used by professionals preparing for an exam. And if this is your...
Read more
Web

On social media platforms, you can voice out your ideas by creating content and videos. Sharing it online makes it easy for you to...
Read more
Money Gaming

What Are NFTs In The Gaming World?

In today's business world, marketing is a tough challenge for entrepreneurs and small business owners. So many businesses run on the old adage: "Build...
Read more
0 0 votes
Article Rating