Let’s face it, each year brings with it a new FIFA outing (or two).  Heck, it isn’t even like Déjà vu at this point, more like a fix for hungry masses of football fans.  Don’t let the negative connotation color your judgment of FIFA 15 though, because it definitely meets or exceeds desires.  Yes, it basically holds the torch that’s been passed down by FIFA 14, with a number of key additions further enhancing what was already a splendid formula, as you’ve probably already guessed by this point… 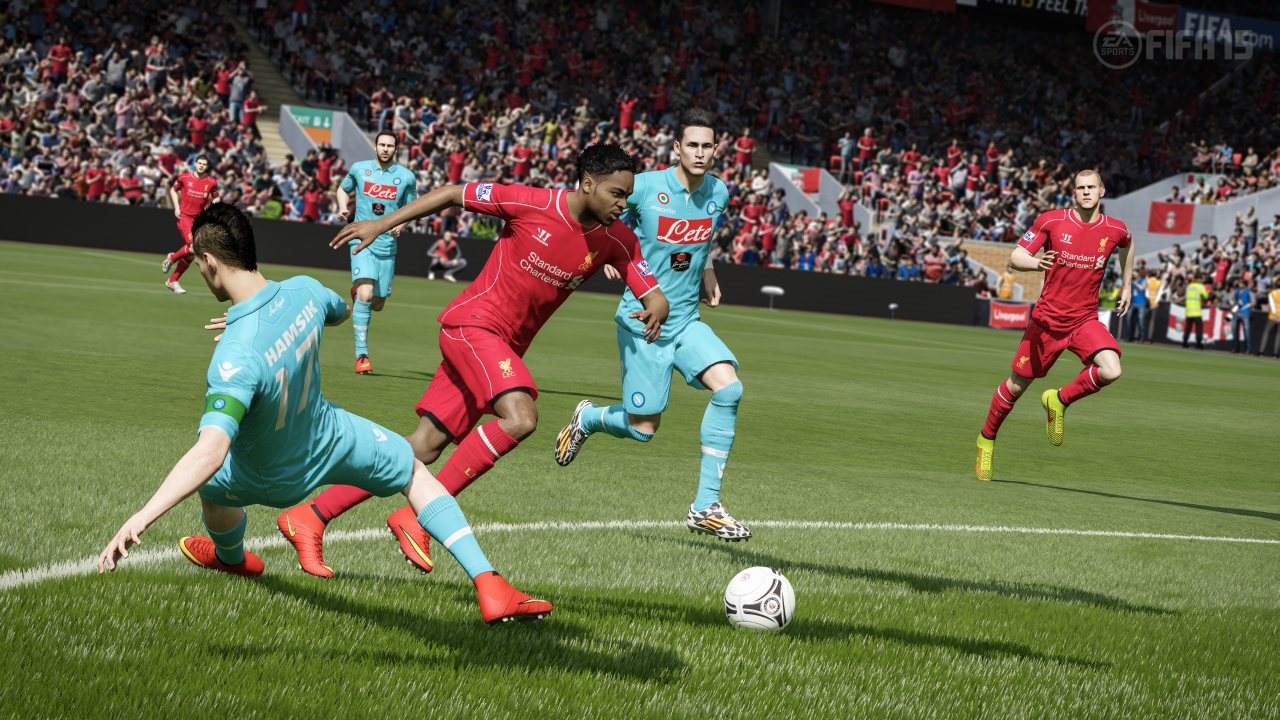 The heart of any solid football / soccer title is its gameplay, which should come as no surprise to anyone.  In this outing, EA has seen fit to turn its attentions toward our goalies, which will certainly please some of the more astute, hardcore fans, no doubt.   To be honest, it almost seems as if certain elements of the AI have been massively overhauled.  Taking the goal against the computer in situations where the difficulty is ramped up or tension has taken hold, you’ll quickly notice that there’s an even wider range of possibilities.  In a word – fluidity, that pretty much describes what we’re seeing here.  This of course comes in addition to being able to directly alter your approach to the game via various formations and strategies.  For the careful, tactical player, FIFA 15 is a treasure trove of opportunities.

Then of course there’s Career Mode, which allows you to engage the game as your team’s manager.   Add to that, the “Ultimate Team” feature, which (just as its name implies) gives you opportunity to craft that amazing concept squad you’ve always dreamed about.  New legends and temporary trades have also entered the fray, which will certainly boost the entertainment and “wild card” value. 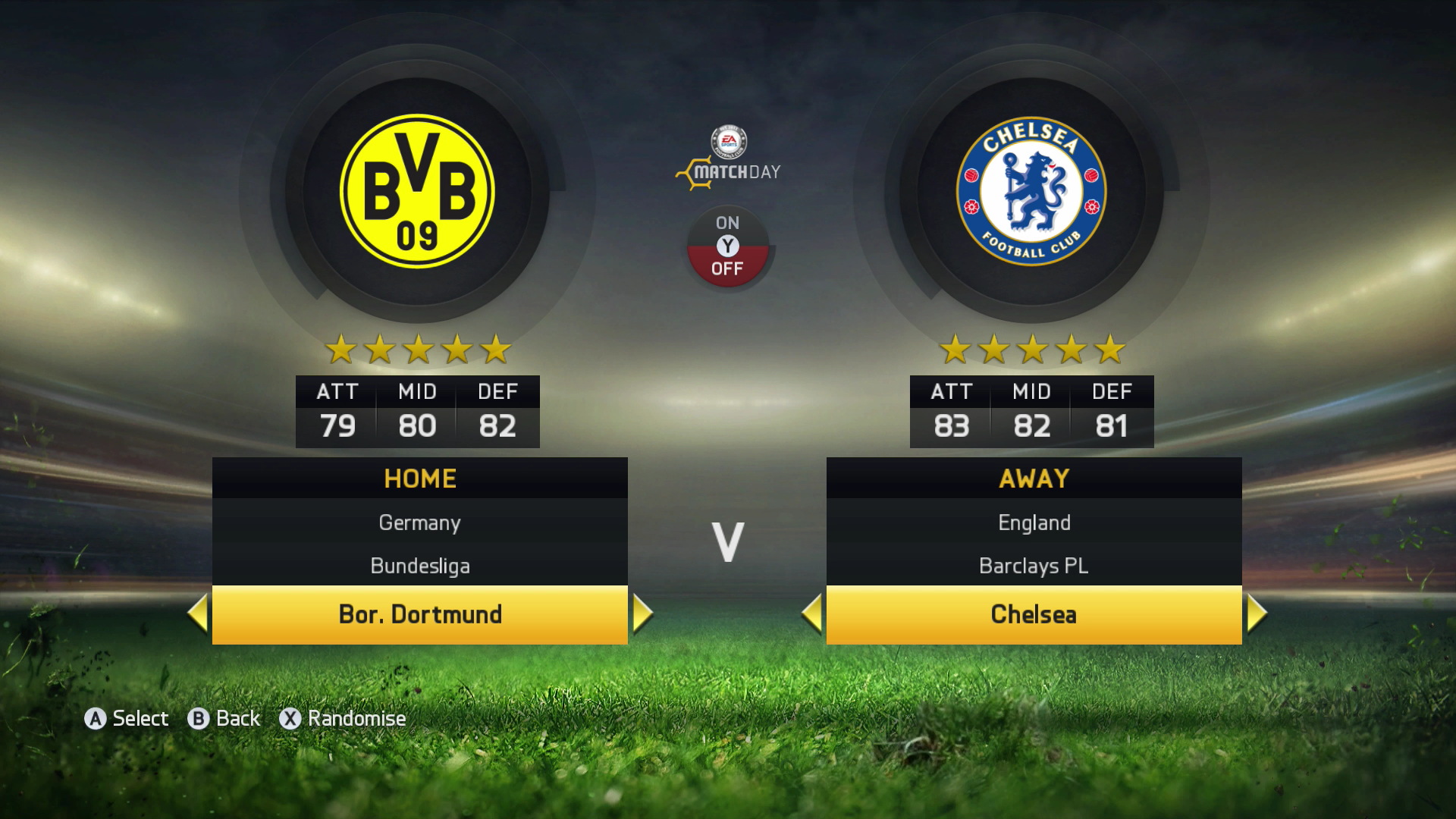 Without a doubt, this is the slickest FIFA title released to date.  Had it not been an improvement there would probably be riots breaking out in the streets in certain cities.   Both the PlayStation 4 and Xbox One do a wonderful job of handling the amazing Ignite engine, which again, doles out incredible graphical nuances and detail-oriented physics.  It bears repeating that the earlier comments about goalies also apply here – never before have FIFA goaltenders seemed to be so organic and fluid in their movements.

FIFA 15 makes you feel as though you’re watching a match on game day at times (even more so than in previous editions), only in this instance you can actually get interactive.  Everything from the incredible polish of the menus and cutaway bumpers to the way the fans can greatly enhance the drama and emotion, FIFA 15 is a spectacular achievement where realism in a football game are concerned. 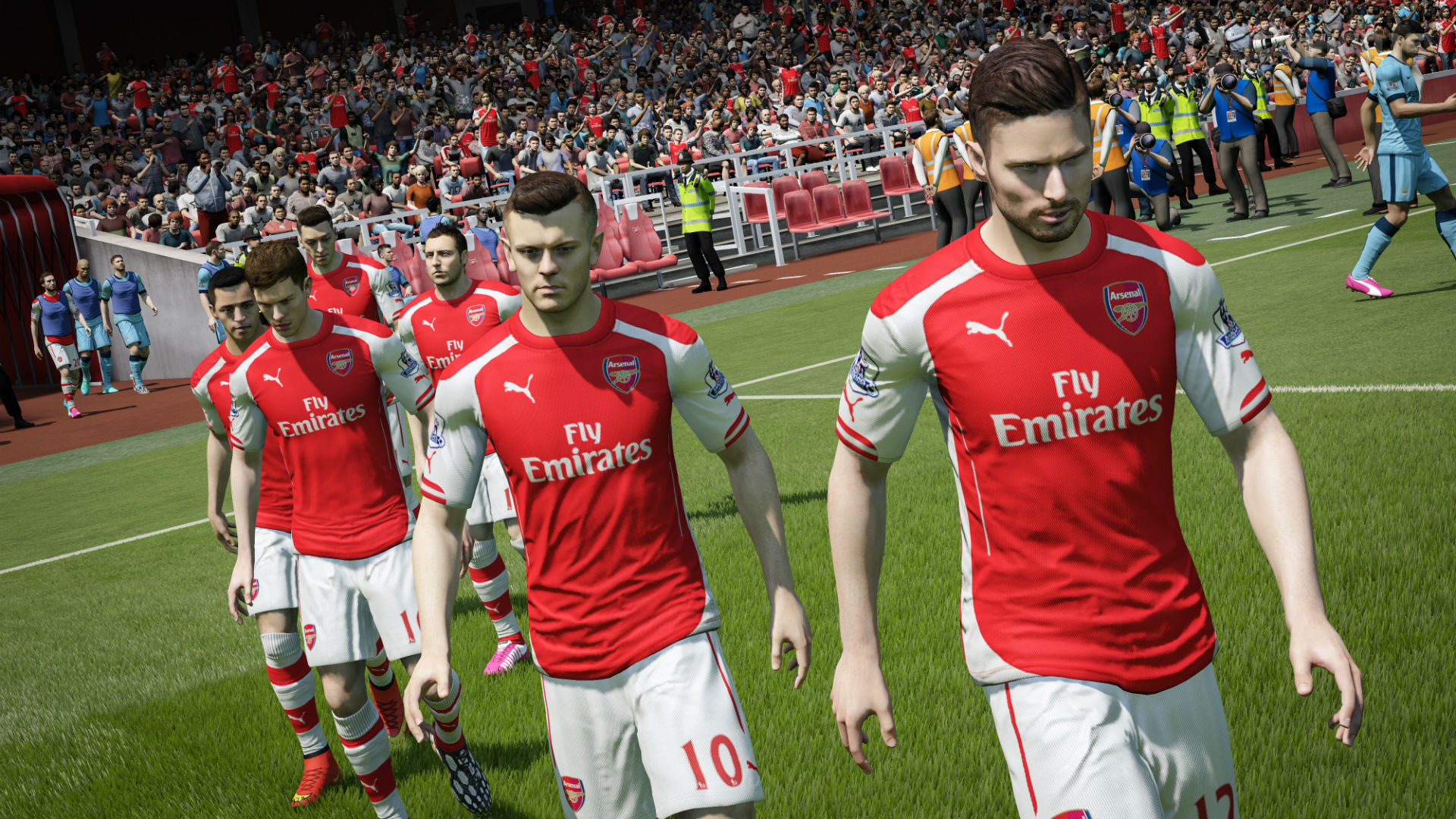 Picking this one up is a no-brainer, especially if you’ve already invested quite a lot of time in the series.  The myriad improvements (however slight) still end up making this game feel like a major improvement over its brethren.  By the same token, if you’re new to football games entirely, there’s no better place to start than with FIFA 15.