Did you know it’s been 9 years since the advent of Codemasters’ F1 series? That’s right – this series has been chugging along since way back in 2009, when British company Sumo Digital created F1 2009 for the Wii and PSP, of all platforms. Fastforward to 2018, and the F1 series has gone from strength to strength, with solid entries every year since 2009.

Ask any Formula One fan, though, and they’ll say the core gameplay of the franchise was in need of a minor shake-up. A survey conducted by Codemasters found that players were dropping out of the game before their car’s development cycle was complete. Codemasters (correctly) surmised that this was due to a prohibitive level of complexity in their game’s development mechanics, and so F1 2018 arrives with a rehauled development points system and an increased focus on the career mode.

The first thing to say here is that if you’re looking for a reinvention of the wheel, you absolutely won’t find one here. Codemasters understands that their audience is primarily looking for a faithful recreation of their favourite sport, so the central gameplay mechanics of F1 2018 remain largely unchanged from last year’s entry. There are minor differences; the rules have changed in this year’s championship, so the game’s handling and grip feel markedly different to its predecessor. 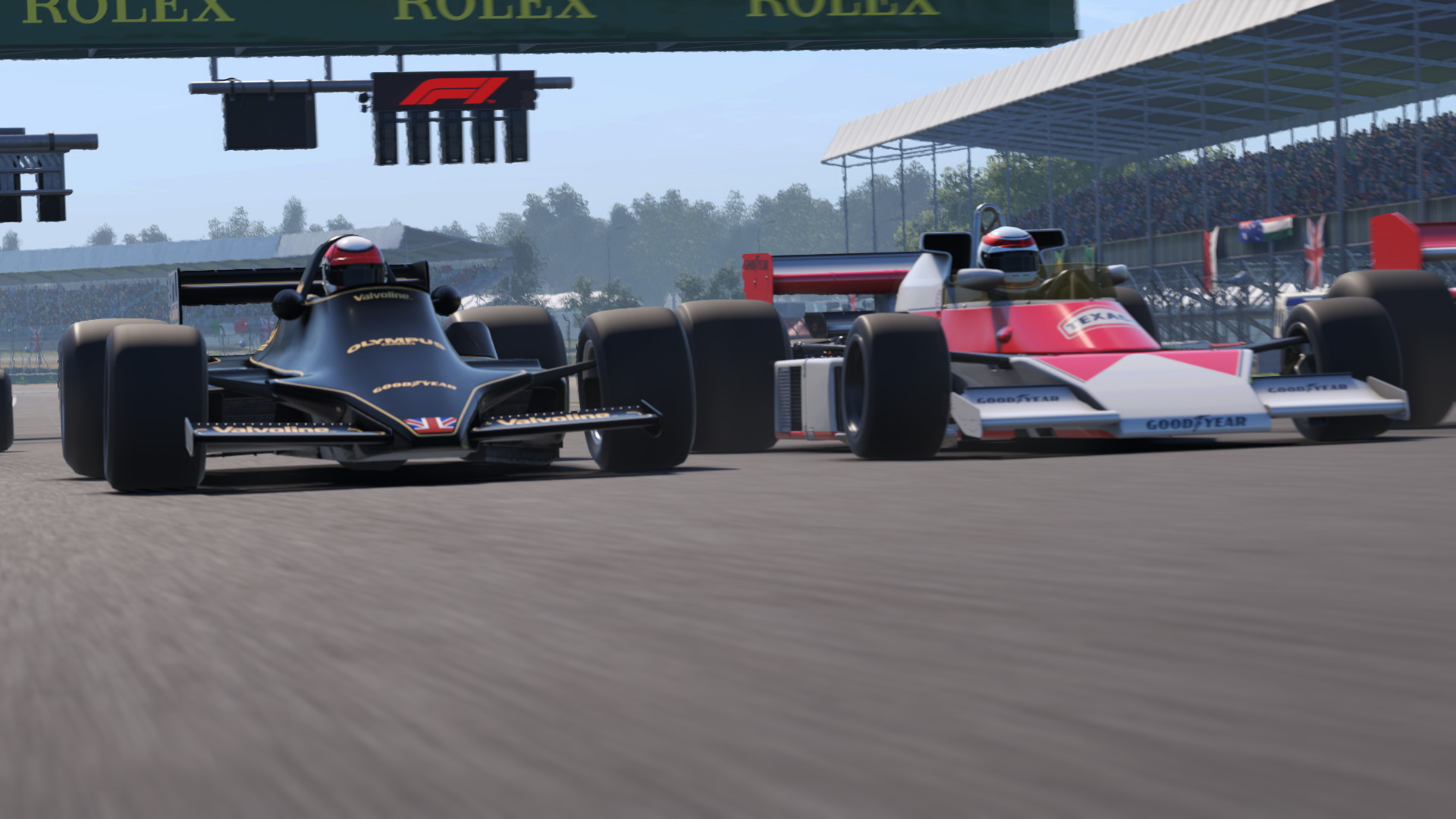 There’s also the new “development point” system, which is similar to last year’s mechanic (no pun intended), but simultaneously simplified and unique to each team. For example, in real life Formula One, the Red Bull team’s cars have superior aerodynamic design, which is reflected in-game; elsewhere, Ferrari is unrivalled for sheer horsepower, so their cars will power around the track. This new development system brings a level of verisimilitude to the franchise that, while never lacking in previous instalments, is welcome nonetheless.

For the most part, though, the changes are, to coin a phrase, under the hood. A series of quality-of-life improvements have been brought to the artificial intelligence in F1 2018, which underpin the new development point system, too. Essentially, AI teams in the game’s career mode must now develop their cars alongside players, and will use the same development point system that players do. This can occasionally go wrong for the AI; sometimes, just like players can, the AI will make a decision which is negatively impacted by a rule change in the next season, which means they start the season with a poorer car. 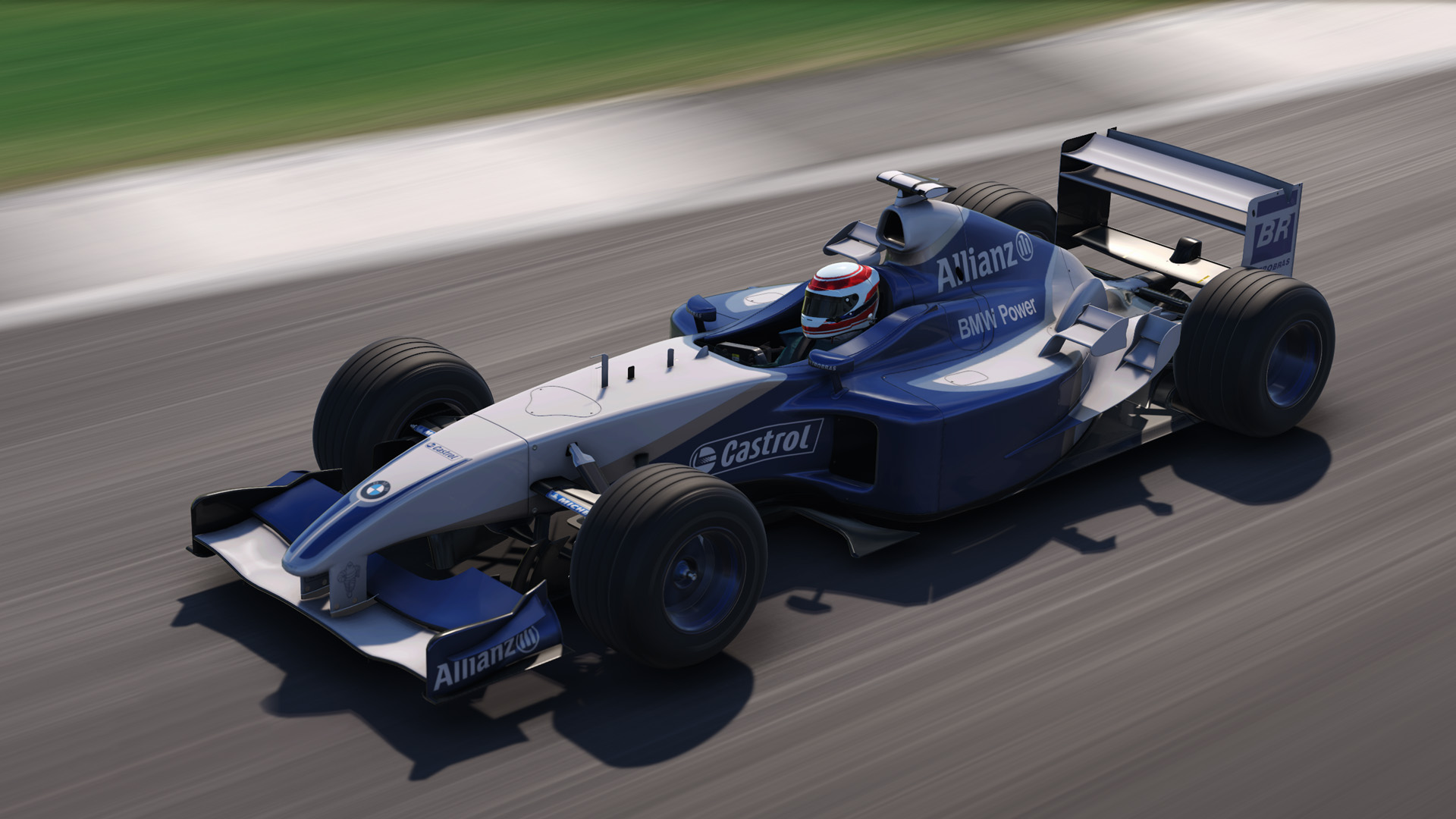 This updated AI makes F1 2018’s career mode feel more authentic and realistic than any of its predecessors. That realism is augmented by a surprisingly deep TV interview system which has been added to this year’s entry. Journalists will now interview you after races, and they won’t pull their punches if you lost; they’ll ask you what you think went wrong, and no matter what answer you give, you’ll affect the morality of one of your teams. Answer that it’s your car’s fault and the technical team will hate you. Blame the rest of your team and their morale will fall.

It’s not just your own team you need to watch out for. How you carry yourself in interviews also determines whether you move up the ranks in career mode, driving for bigger and more lucrative teams; you can play it James Hunt-style, brushing off interviewers with suave camera technique, or you can be more of a Niki Lauda, stern and straight-laced but phenomenal on the track. It’s all up to you how you “brand” yourself, which makes career mode feel personal and compelling. 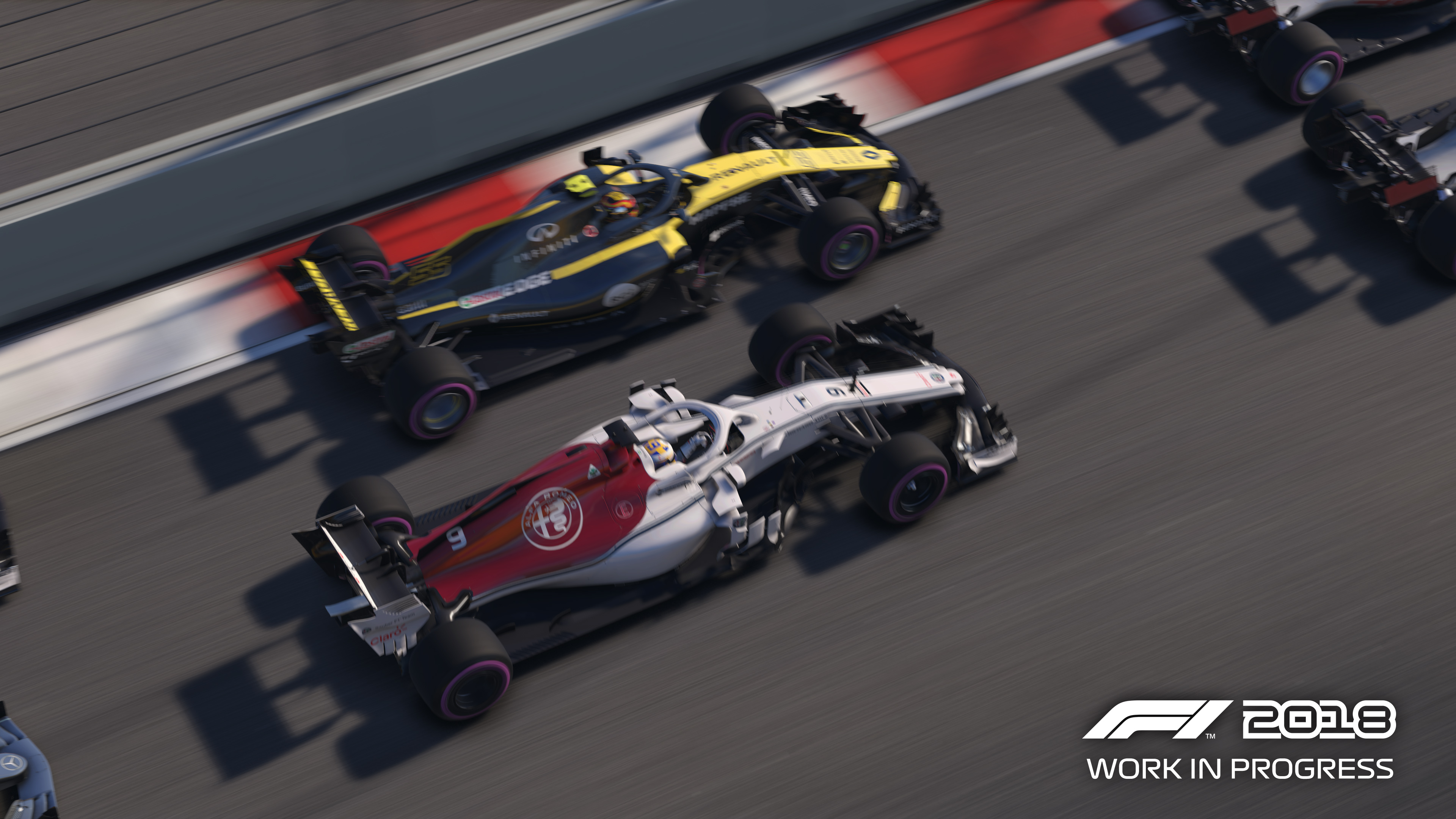 Of course, all this would mean nothing if the actual racing wasn’t up to its usual standard, so it’s a relief to report that F1 2018 feels superb. Car handling, tyre grip and driving physics are all just as strong as they’ve ever been in the series, and Codemasters’ graphics team should be commended for the breathtaking way it’s all rendered on-screen. The sound design, too, is excellent, with all the ambient noise and screeching of car tyres faithfully reproduced by a superior sound team.

There are a number of new additions to entice Formula One fans, too. Several new classic cars have been added to the game, and every single classic car from previous entries in the series makes a reappearance. New arrivals include Jenson Button’s Brawn BGP 001 from the 2009 World Drivers’ Championship, as well as James Hunt and Niki Lauda’s famous McLaren M23 and Ferrari 312T from the 1976 F1 championship. If any of those names make you misty-eyed, then it’s a pleasure to report that F1 2018 is the most feature-packed game yet when it comes to acknowledging the sport’s history; driving these cars really feels like replicating an historic moment, so if you’ve ever wanted to be James Hunt (and who hasn’t), then this is the game for you. 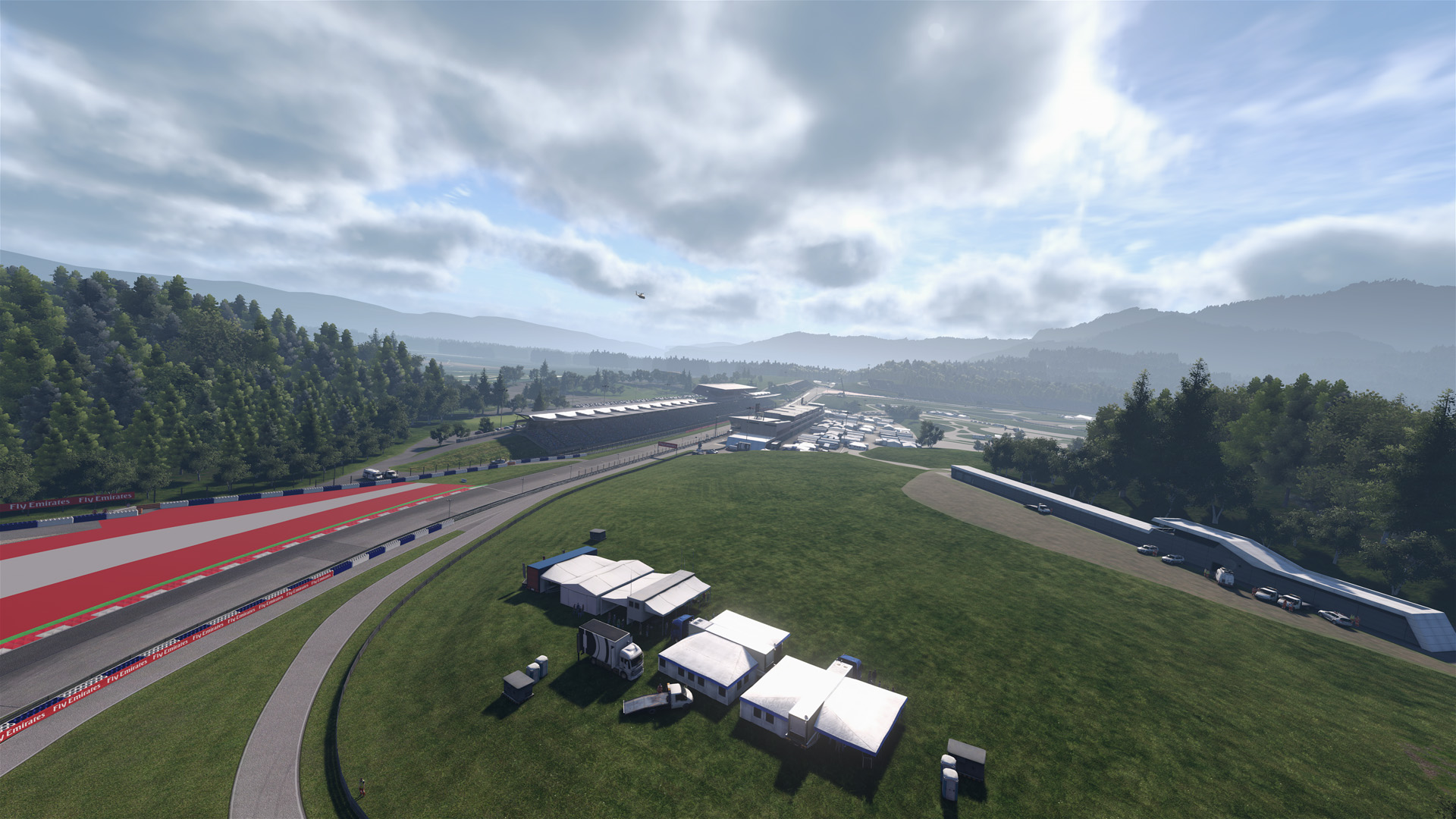 If you love Formula One, then you already know you need F1 2018. Its improved car physics, surprisingly in-depth off-track systems and wealth of content make it an absolute no-brainer for fans of the sport. If you dabble, though, or you don’t care about the sport at all, there’s a host of noob-friendly driving aids and tutorials to entice you, too; this is a game for enthusiasts and newcomers alike. Hooray for Codemasters!