When you’re thinking about the best headphones to use for gaming, earbuds might not immediately cross your mind. After all, gaming is usually seen as an immersive pastime, and over-ear cans seem to be generally agreed upon as the most immersive way to experience gaming audio. However, there’s no reason that high-quality wireless gaming earbuds couldn’t rival even the best over-ear alternatives. In fact, thanks to the increased convenience and compact feel of earbuds, they may even be preferable to some people as a gaming audio solution.

That’s where the EPOS GTW 270 hybrid wireless gaming earbuds come in. Make no mistake: these earphones are premium and then some. You’ll likely pay the same sort of premium for these as you might for dedicated audiophile earphones, so you’ll be hoping that they’ll deliver in terms of both sound quality and gaming functionality. Happily, EPOS is a company that understands and knows its audio technology, and so it’s a joy to report that the GTW 270 earbuds can easily replace your existing cans as your go-to device for gaming on your console or your PC.

Obviously, the most important aspect of any headphone set is the audio quality. The GTW 270 delivers on this aspect in spades, but you may need to switch the earbud tips around or jiggle the earbuds around before you find a perfect fit. We found that the medium-sized standard earbuds were just a little too small, leading to a reduction in sound quality that disappeared as soon as we switched to the larger ones. However, once you do find a good fit, the sound is full, bassy, and defined. It’s not hard to imagine using these earbuds as a daily music driver as well as for gaming. 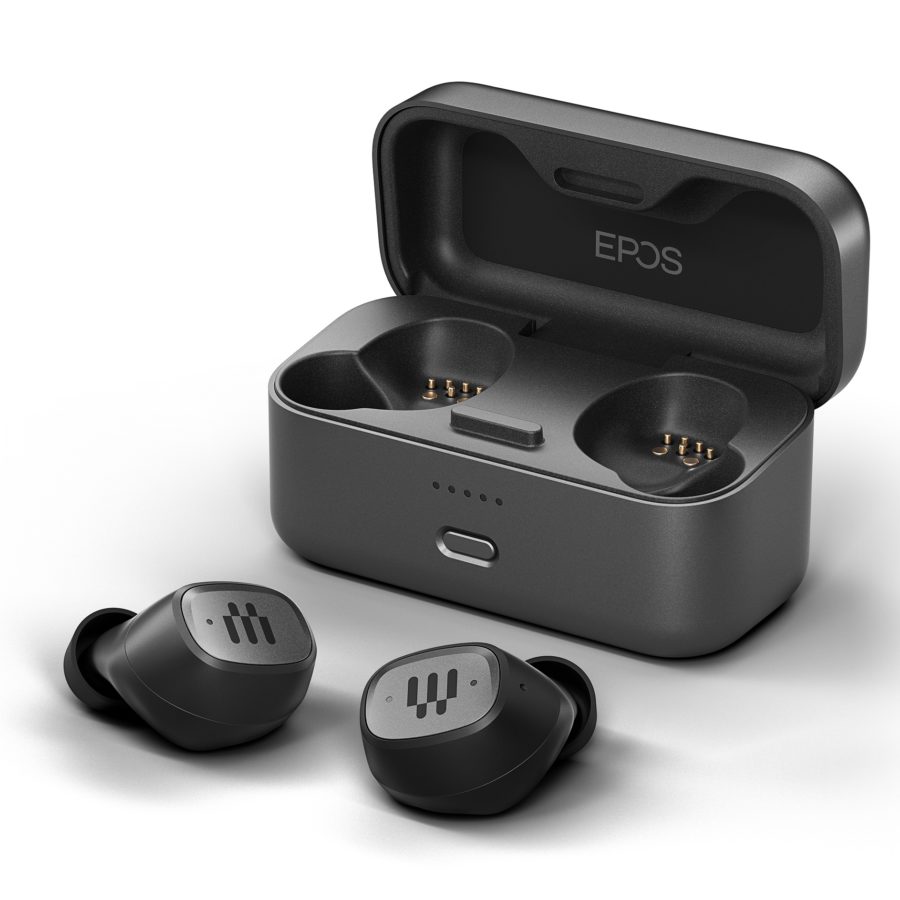 If you do want to use the earbuds for gaming, you’ll be pleased to know they’re compatible not only with PCs, but also with PS4s and PS5s and even the Nintendo Switch. This is thanks to the handy dongle that comes with the earbuds. It’s an adaptable little thing, and we were astonished by just how easy it was to swap between devices and be gaming with our GTW 270s in minutes. Unfortunately, there’s one major drawback to gaming with the set: you can’t use the mic if you’ve connected them via low-latency mode and the dongle.

This won’t be an issue if you’re simply using them to immerse yourself in gaming audio, but it does mean you probably won’t want to set them up as your primary audio driver if you’re talking over Discord or team chat. According to EPOS, this is due to the fact that the low-latency mode has aptX functionality, a codec that improves the sound quality immeasurably but also places emphasis on playback rather than communication. That makes a lot of sense in terms of audio quality, and it’s certainly noticeable when listening to music or gaming, but it’s a shame you can’t use the mic in low-latency mode.

It’s probably best to think of the GTW 270 headset as a single player-only audio device. As soon as you connect the dongle, it silences the microphone, so even if you wanted to, you couldn’t chat with your buddies or stream on the headset. Over Bluetooth, the connection is fine, and probably won’t bother you too much if you’re not a hardcore gamer. However, you might notice some slight desynchronisation if you’re really into your multiplayer gaming. These headphones can be used for partying up in a casual sense, but you won’t be using them with your esports team.

So, how do they perform in single-player games? In a word: spectacularly. While there’s compatibility across the board for Nintendo Switch and PlayStation devices (sorry, Xbox owners), the EPOS GTW 270 set is best used on PC. That’s where you have access to EPOS’ suite of audio tools, which can simulate 7.1 surround sound and also give you the chance to tune your EQ just the way you like it. Without this fine-tuning, the audio sounds great, but the software supercharges your sound experience and makes the GTW 270 sound like earbuds worth twice the price.

When you’re using the earbuds on console, that audio discrepancy does become a little more pronounced. Playing on PlayStation 4, we noticed that the bass was a little lacking in some areas. Obviously, this is an issue that disappears completely when using the software, and while it won’t bother you if you’re used to lower-cost headphones, anyone expecting a premium experience may feel a little shortchanged by the sound profile without using the audio suite. However, this is a nitpick; we were still extremely impressed by how Bloodborne’s imposing soundscapes popped and lurked in the background using these headphones.

As you might expect from such an expensive piece of equipment, the GTW 270 earphones look absolutely beautiful. They’re sleek, minimalist, and modern-looking, coming complete with an unobtrusive charging case that doubles as a great fashion accessory. It’s also got the chunky, high-end look that you want from gaming equipment; it’s not as low-profile as some more “fashionable” audio devices might be, but the case and headphones look great. Of course, it won’t matter while they’re sitting snug in your ears, but it’s important to be able to display your tech loudly and proudly, and the GTW 270s give you the chance to do just that.

It’s hard to find things to complain about with the GTW 270s. They’re a high-end, classy piece of audio equipment that will accompany any gaming session with aplomb. Most of the complaints we have are bugbears and nitpicks rather than major issues that make the earbuds unviable. With that said, some of those issues may well be deal-breakers for you if they’re the primary reason you’re purchasing the earphones. If you want to use these as a gaming set, you might want to make sure that you’re not going to be playing regularly with friends, and that you’re not an Xbox owner.

That said, the EPOS GTW 270 earbuds are some of the best, most high-quality gear we’ve tried. We loved our time with them and thought the audio quality was top-notch; we could hear every single detail of Shadow of the Tomb Raider’s bustling cityscapes and dangerous jungles. If you can get past the slightly strange functionality and the fact that there’s no Xbox compatibility, you’re getting a crisp, clear set of earphones that will serve as constant companions whether you’re listening to music or playing a game. Despite a few wobbles, these earphones get top marks from us.

Official site page: EPOS.
Thanks for supply of the gear: Virtual Comms.