As of now, PAX South officially ended 32 minutes ago,. The realization and settling of Post Con Depression has still not kicked in, which is a good thing, however, tomorrow is another story, psst. I’ll tell you all about what happens after PAX and a little on the Post Con Depression tomorrow. So, let’s look at what PAX South 2017 gave us on the final day, which included one fantastic panel, many awesome indie, and some AAA titles – all of which were awesome.

This morning we all lined up in the queue for the opening of PAX South’s Expo hall, which opened at 10 AM. Veterans and Noobs alike talked and got to know each other, which is exactly what this convention is all about. Conversations of what happened over the past two days, what people saw, what they still wanted to see, and what could have been skipped. The Sunday Noobs really got an education on what they missed over the previous two days. 10 AM on-the-dot, the expo hall was opened to us, and as predicted, the Nintendo Switch line was the first to fill, which sort of bummed me out, but at the same time I wasn’t too upset since I did get to play Mariokart 8 Deluxe on Day 1 of PAX – I did get to play with the Switch. I then attempted to make my way to Tequila Work’s game, Rime. As I approached the line, it was closed, so I did a quick lap or two around the expo scoping what I would do after Rime. I then got on line for Rime and waited nearly 2 hours to play, and let me tell you, it was absolutely worth it! The game launches in May on the Xbox One, PS4, PC, and Nintendo Switch. I’ll make a full review when I actually get to play the full game. 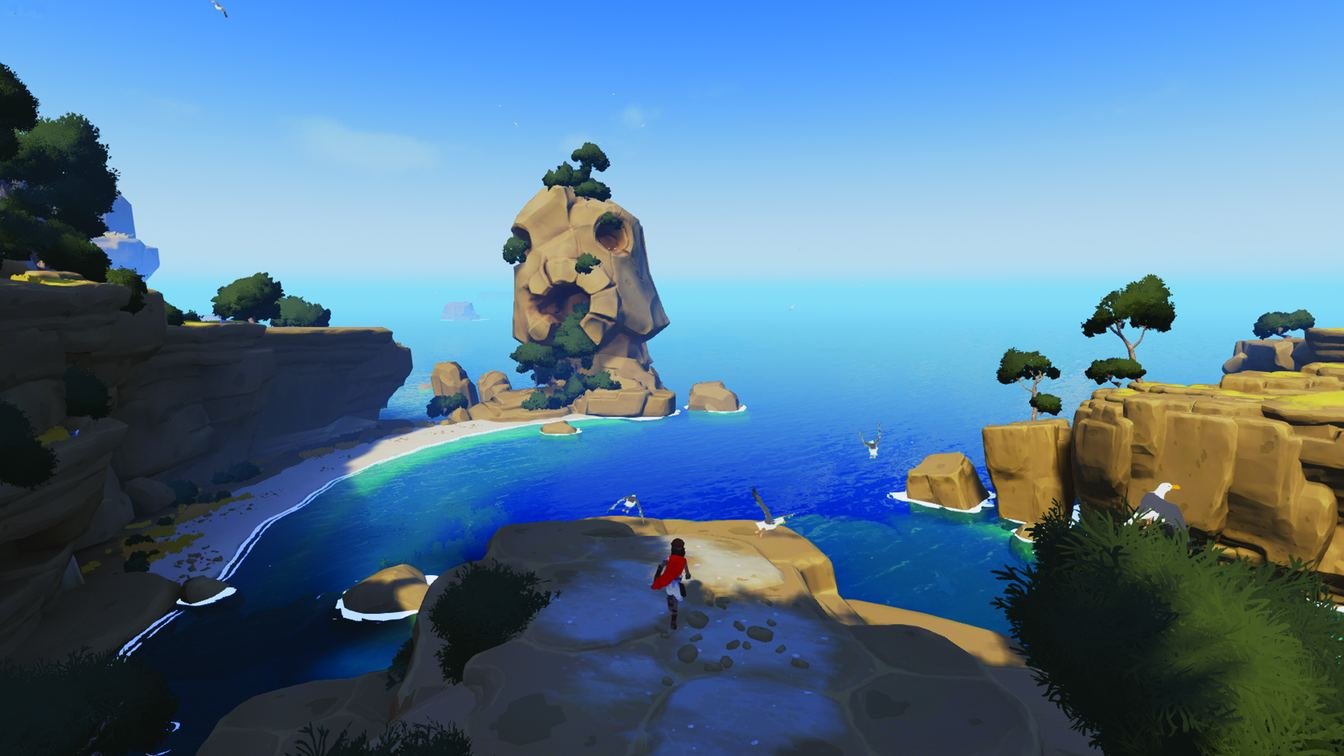 After I played Rime I then made my way to the only Panel I saw today entitled ‘My Favorite Terrible Game’, and these games lived up to the word; terrible. The panelists gave great points on why they liked the game and it shed a new light on these titles. Susan Arendt, the Executive Editor of GamesRadar, presented Fester’s Quest. A terrible NES game about Uncle Fester from the Adam’s Family fighting hordes of alien frogs, yes, I said alien frogs. Richard Mitchell from XPO Game Festival was next, and he brought to our attention Battle Arena Toshinden Remix. The game was for the Sega Saturn and was absolutely laughable. The voice acting was super cringe-worthy, the graphics were an eye sore, and it was a shockingly bad game, yet I now want to pull out my old Sega Saturn and play this game. Andrea Rene, one of the Hosts from GameStop TV, went next and presented us with a more modern game, Dead Island Riptide, a game that hadn’t changed much since Dead Island was released. Andrea knew that and pointed and was quick to mention this, but it was one of those terrible games that you couldn’t put down. Lastly, Mikey Neumann presented a game so dreadful it was removed from canon, The Adventure of Link – A game where its pros were its cons, it was more RPG based than previous Zelda games, the bosses were as Mikey put it, “Baller” and it wasn’t a Zelda game.

When this amazing and hilarious panel had ended, I returned to the Expo hall, in which I spent more money than I had intended to, but that is a convention for you. I went to the Indie Box booth and purchased the limited edition of Apotheon, an indie game I look forward to playing and reviewing, but the indie support did not stop there. I then found a card game called Battle of the Cards and had a blast! I’m not a HUGE fan of tabletop games, but when I find a tabletop game, my opinion changed somewhat, Battle of the Cards is a quality game, which is easy game to learn. A quick “rock, paper, scissors” card battle, where winning two out of three stats “kills” your opponent. It’s a fun and quick game, I even got the designer and artist to autograph the box.

With PAX officially over it’s time to enjoy the last few hours of San Antonio with friends eating, drinking, and maybe playing a some games. Tonight and tomorrow, as we all leave for the airport and highways and leave San Antonio behind us, the memories and joys of the convention will linger in our minds only wanting for our future meet-ups, but until that moment I am going to enjoy my last night, meet up with some developers and just have a grand time because PAX South 2017 is not over until you get on that plane or in that car to go home. Check out the previous days: Day 2 of PAX South 2017 and Day 1 of PAX South 2017.

Gamstop and How it Works

Where Can the Best Virtual Slot Machines be Found?