As it was released quite a few months ago now, we thought today would be a good time to write and release a full review of Call of Duty Ghosts. While it might not be the best game in this series, it’s certainly the most recent, and as updates are still coming thick and fast, it might improve even further in the near future.

Most CoD enthusiasts would agree that perfection was reached with Modern Warfare 3. However, all that good work as soon undone by the release of the poorly received Black Ops 2. Anyway, we haven’t got time to talk about any of that at the moment. You’ve come here for a thorough review of Ghost, so that’s exactly what you’re going to get… 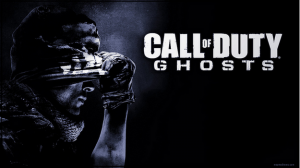 Anyone who’s played a number of different games in this series will easily tell the difference in action between the Modern Warfare and Black Ops games, right? Well, luckily for us all, Ghosts is much closer to MW than BO when it comes to character movement and shot taking. That means it’s much more enjoyable to play, and you’re more likely to get a decent score. The online multiplayer servers are also much more reliable than previous ones used, and so there are fewer occasions when you might be kicked from a game because the host is experiencing problems.

This is where Ghosts excels noticeably. If you ignore the fact that your character respawns every time you die, this might well be one of the realest games of all time. The guns and ammo perform in a realistic fashion; the wounds look accurate, and there’s less fantasy involved than you might find in the Black Ops games. Sure, you still rack up kill-streaks, and you can call in teams of dogs or wolves to assist you in battle, but other than that everything looks true to life.

To be honest, we probably expected a little more from Ghosts when it comes to graphics. The game was first released on the Xbox 360 and PS3, but it was designed for the Xbox One and PS4, so we thought it might look a little better than the previous editions. However, Modern Warfare 3 probably has better graphics in truth, and while Ghosts does look better than Black Ops 2, it’s still a long way from that which we’ve come to expect. These new consoles have amazing processing power and fantastic graphics cards, so it’s hard to understand why the designers decided not to use them properly.

If you ignore the quality of the previous games and you just take Ghosts for what it is, you won’t be disappointed. With all the same standard modes you’re used to, a quick Team Deathmatch or game of Domination is only a few button clicks away. Just don’t go expecting anything too exciting.

I’ve got to head off now guys, but I hope you liked reading my review, and I’ll see you back here again soon.