Recently, there has been news circulating on the web about a game entitled Breakout: The Dark Prison. After extensive research on the topic and tested the Alpha version, we have discovered the game that is interesting to look at. And that it will be an action-adventure containing various role-playing elements. According to currents news, Breakout: The Dark Prison could be the surprise hit this summer, seemingly having gone under the radar thus far.

Breakout: The Dark Prison, developed by Latersoft, is currently still in development, and will release in the Summer of 2019. Furthermore, the game will be playable on mobile platforms – Android and iOS. In this article, we delve in for a more detailed look at the upcoming game. That way, we can learn of what to expect ahead of its summertime release. 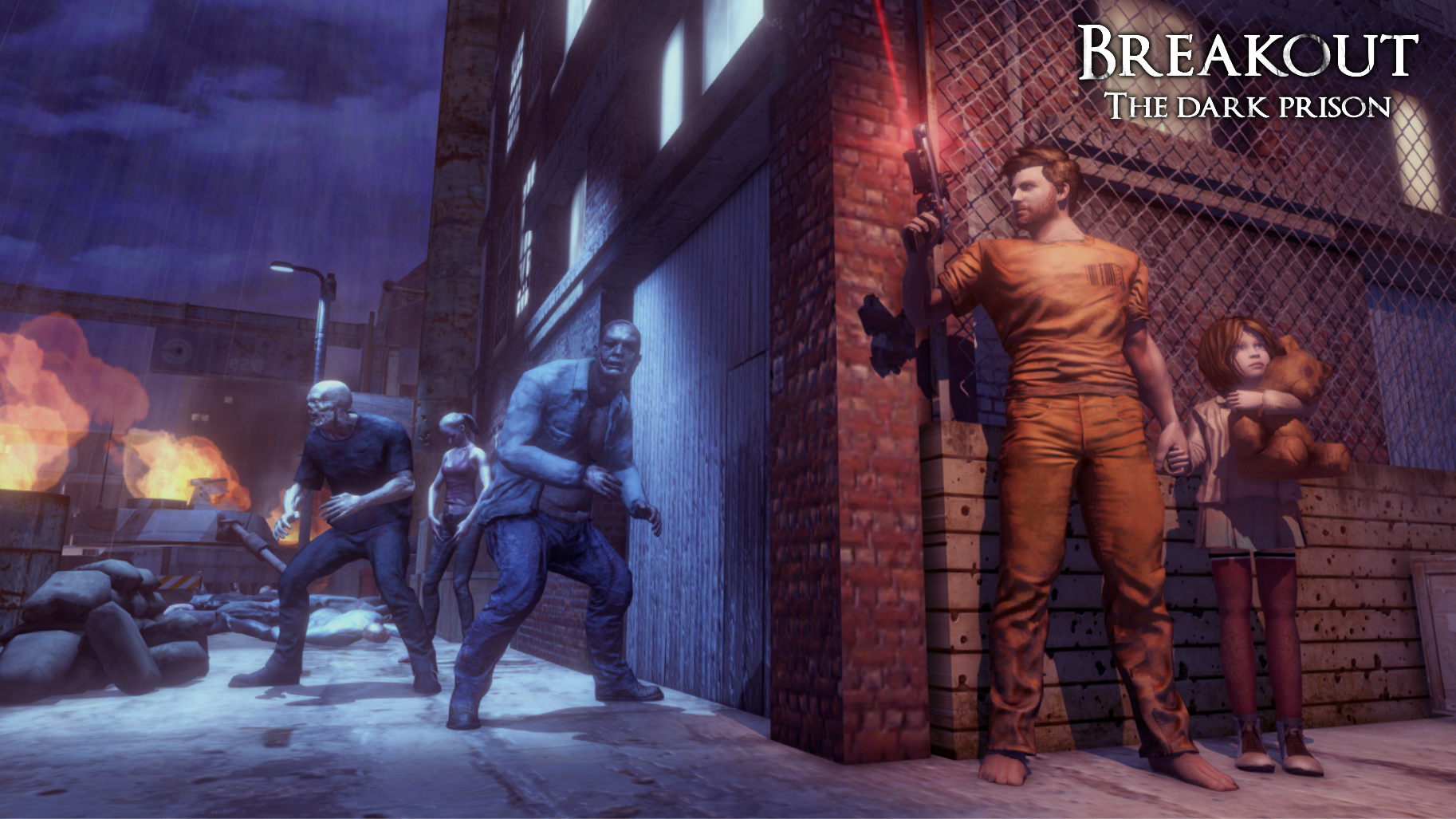 The Backdrop of The Game

Before we start, it’s a decent idea to get to grips with the story. In short, this will help give the game context. Breakout: The Dark Prison plays out amidst the backdrop of a lethal worldwide epidemic. A viral outbreak which has infected most of the earth’s population. Thus, turning them into zombies. The setting is that of a dystopian world, with a post-apocalyptic theme running throughout the game. [1]

At first sight, Breakout: The Dark Prison shares a dark and mysterious tone. What’s more, most of the game appears to take place in an offshore prison. Exactly what goes on there behind closed doors remains to be seen but from what we’ve gathered so far. It’s the stuff of nightmares! 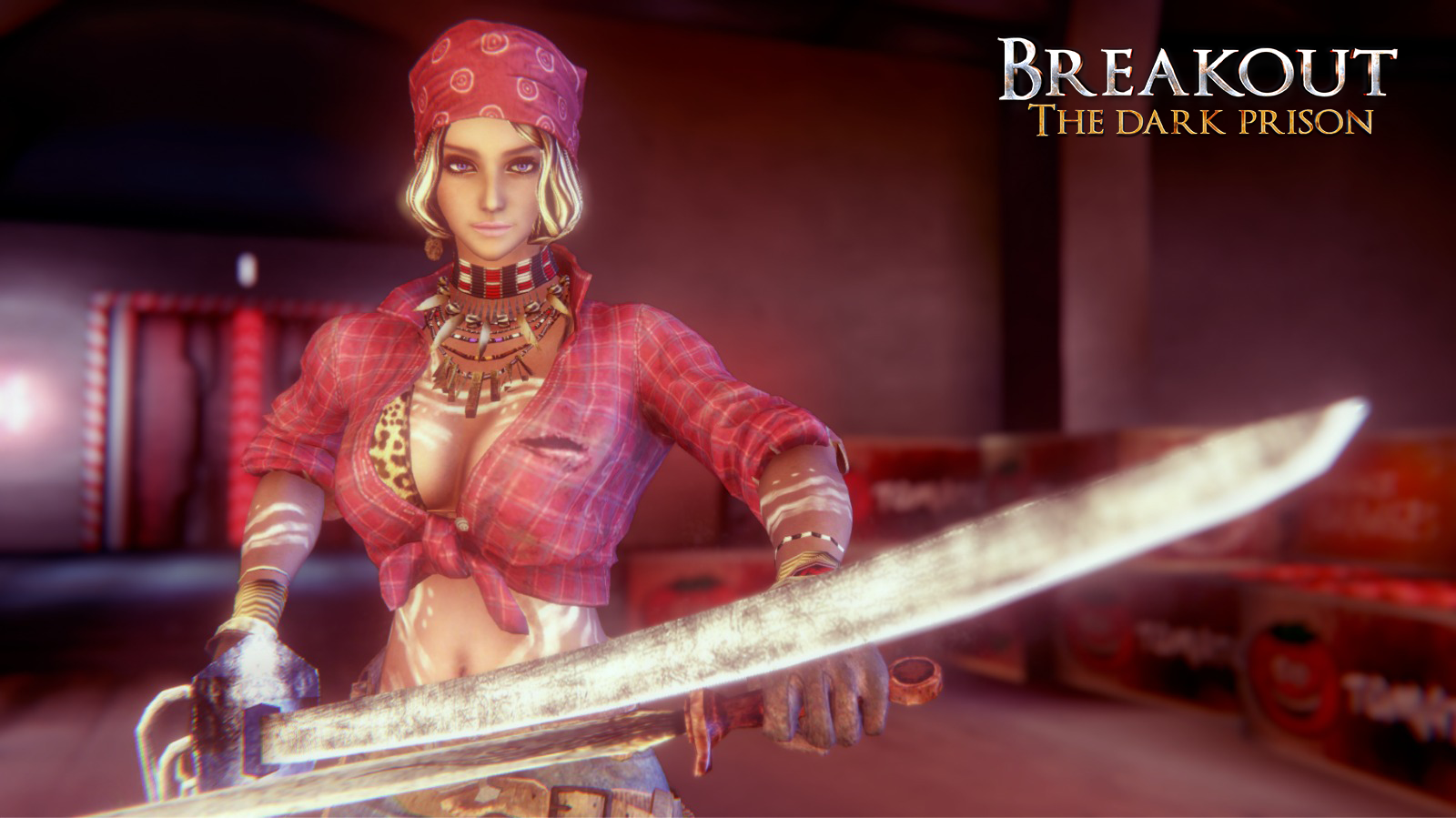 From what we understand, the game’s developers Latersoft announced Breakout: The Dark Prison, at the G2E Asia event in 2018 in front of a live public audience. Also, the game has been in the development phase since 0ct 2016. [2] After studying the studio’s history, we can reveal that the team behind the project is likely small and situated in Hong Kong. That said, the development team has some decent experience in the industry [3]. With that in mind, the final product has every chance of succeeding. Like all things though, only time will tell.

According to various news sources, the game will possess decent graphics. And could set the standard for Mobile devices. On that note, it will likely bring high-resolution visuals to the handheld device. Although this quality of 3D images and animations is promising in theory, it will be interesting to see if the game performs well, especially, once you consider the technical restraints of Mobile devices. Whether or not it will cope with performance demands is another matter.

After all, this game will also feature across consoles. Those of which are likely to provide a more streamlined user-friendly experience. On the face of it, there is definite potential here, but we shall have to wait for the final product to be sure.

From what we have managed to glean so far, Breakout: The Dark Prison follows the story of a distraught parent, who, after gaining knowledge of their daughter’s kidnapping, sets out on a quest to save the loved one. At first glance, most of the trailers [4] depict a prison, which could be the focal area of the game. Perhaps the Daughter is of value to society in some way? Or rather, she carries an immunity to the virus? We can’t say for sure. Albeit, we are intrigued to find out about the origin of the outbreak, alongside the fate of the girl and leading protagonist. I guess we will discover all this summer, but there are as many questions as answers at this point.

Looking at articles related to the subject, the player will get the opportunity to create a character, with the option to adjust appearance settings such as face and body type. Also, the player will pick from a range of classes, each of which possesses different stats and attributes. [5] The progression system in the game, allows players to assign points to skills upon leveling up, much like Darkness Rises. To level up, the player must gain XP in the field by completing missions and killing enemies. Much like the Dark Souls games in many respects.

As an action-adventure game, Breakout: The Dark Prison involves combat. Within, players can perform a range of attacks. Either up close and personal, via close-quarters melee, or at a distance with long-range weapons. Elsewhere, the player will encounter bosses throughout the prison. All of which have opposing strengths and weaknesses — each requiring varying tactics to defeat. What’s more, loot [6] appears to be a significant part of the game and varies in form from average drops to rarer more valuable loot.

Breakout: The Dark Prison is an online game, and includes an arena, whereby friends can match up and go head-to-head in battle. PVP duels provide a way to harvest XP, materials for crafting and high-tier loot. 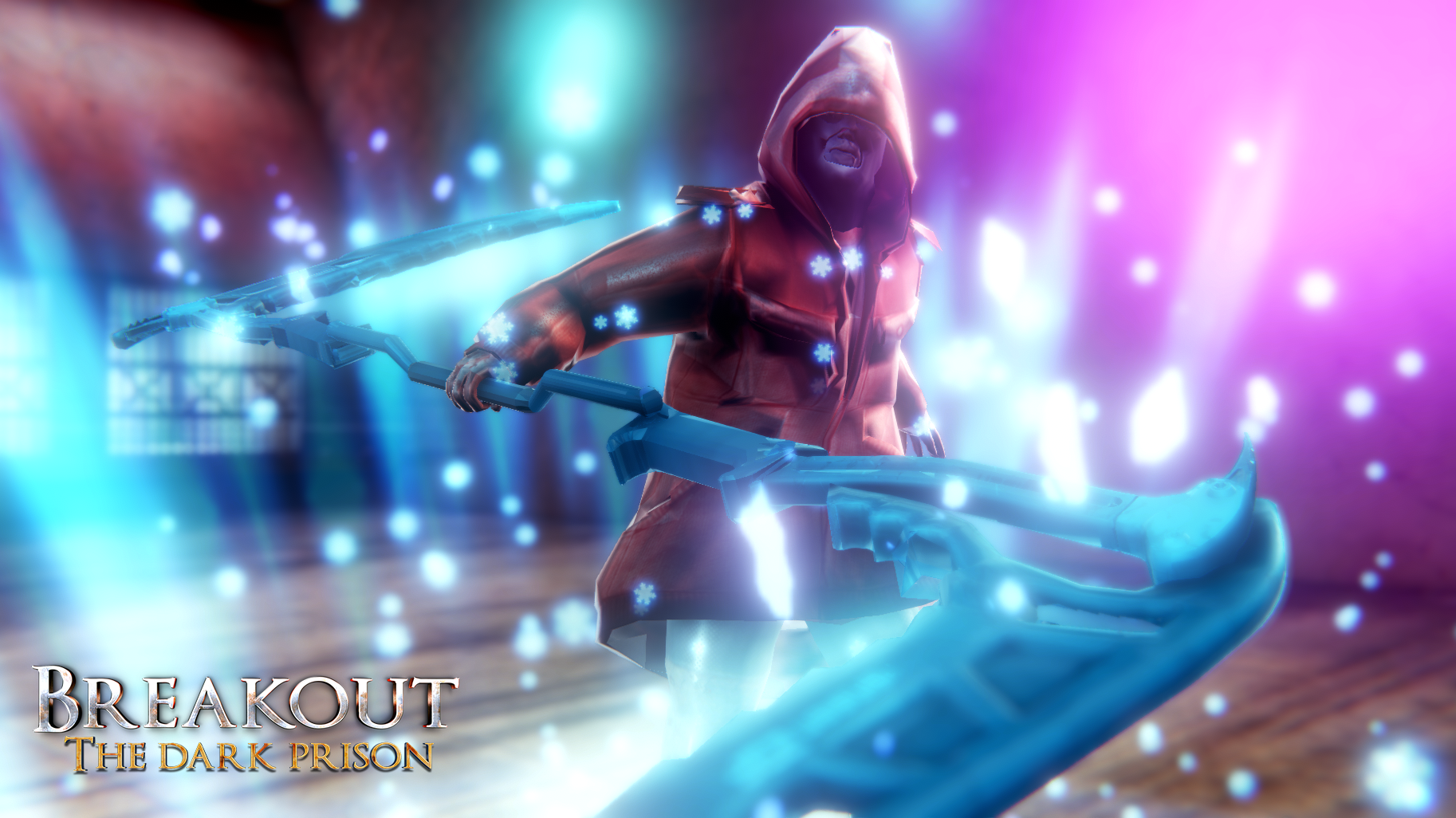 Features that Worth to Mention

Breakout: The Dark Prison certainly looks the part, and from a graphical stand-point [7] the signs are decent. Especially, once you factor in, and consider the limitations of mobile hardware.

Fans of the RPG genre will be pleased to see a player creator system, to coincide with a complex skill tree and progression system. Also, the story is aided by cutscenes, which aim to give the game meaning and context. After all, the plot to any game acts as the driving motivator for many. That said, it will be fascinating to see if the game delivers on this aspect.

Finally, bosses are a significant role in issuing a reward, and it looks as though Breakout: The Dark Prison will include a gamut of brutal bosses to lock horns with, inside of the arena. Hopefully, they will be worth the punishment and drop plenty of lucrative loot. 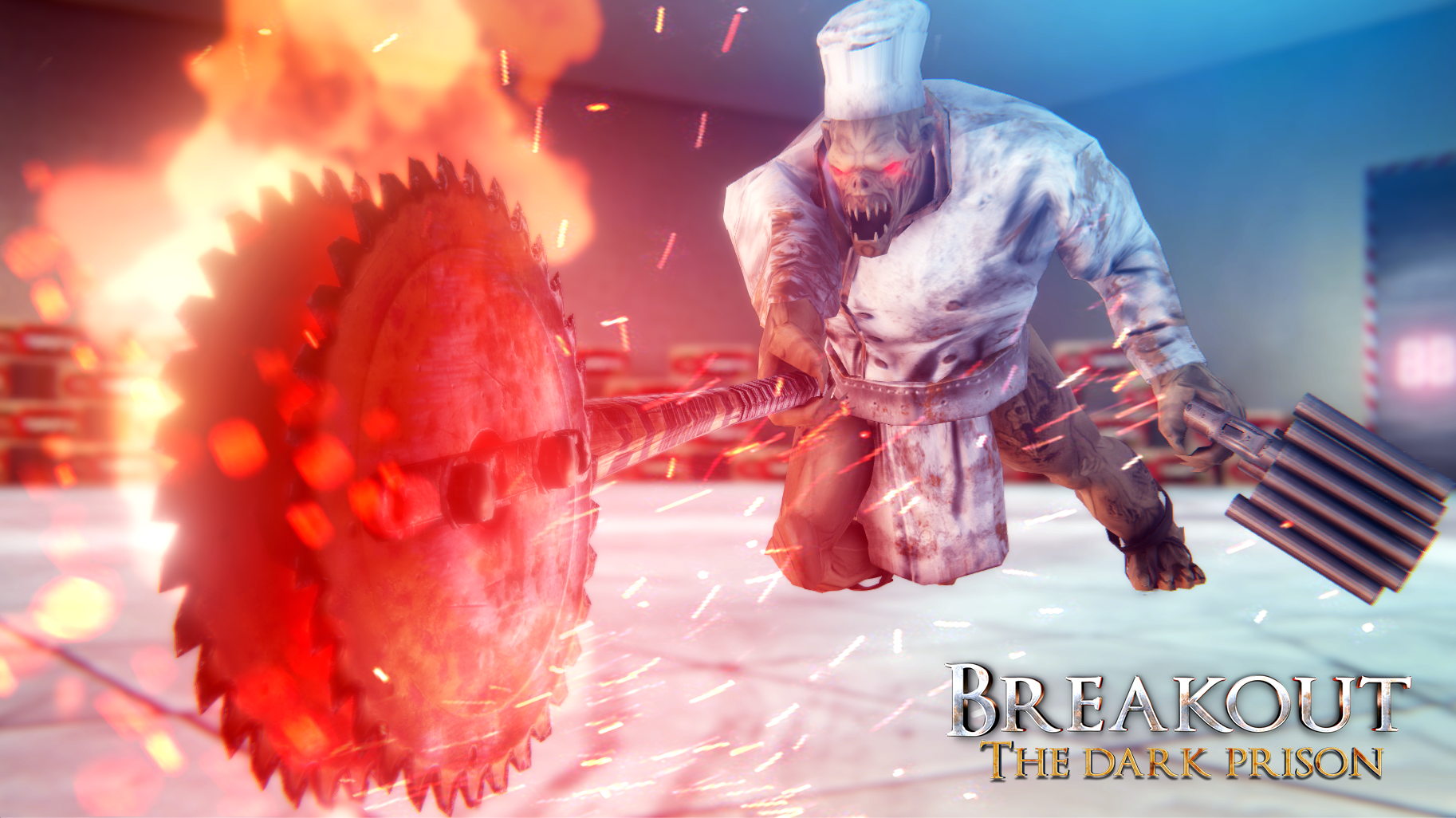 Second Thoughts about the Game

Although in-depth game systems can be a plus for many genre veterans, those newbies, or players inexperienced in ARPG games may struggle to come to terms with the concepts. At least initially. Indeed, it looks as though Breakout: The Dark Prison will take some practice as you become accustomed to the core systems. That isn’t a problem in theory but may put off some.

Summary of the Game

Lastly, the game looks visual sound, and while it may play smoothly on consoles, Breakout: The Dark Prison could suffer from minor technical and performance-based issues, as it pushes the hardware to its conceivable limits. Whether or not there are mini issues, we shall see. Though, we do hope it will be a user-friendly experience all-round. And that looks likely to be the case.