Players often use arcade sticks for fighting games to gain more accuracy and people find, on a technical level, that they better to use than a regular controller. Sometimes people like it just because it reminds them of old-school gaming from their youths or just to try to mix it up. But mostly the choice of using an arcade stick or a pad comes down to preference. The arcade stick has been around forever in the gaming industry, so a lot of players find it a natural way to game, even if they also use regular pads. But if you’ve only used a pad, you should still consider the arcade stick as an option. The transition, if desired, can be easy and enjoyable. It’s always fun to have different options of ways to play.

Since the release of the Playstation 4, they have been releasing games by the truckload. Fantasy, sport, action, driving, puzzle games and pretty much anything else you can think of has been made since it’s 2013 release. There are so many ways to play some of those many fighting games out there, and the arcade stick is just one of the best ways there are. Here’s a list of the best PS4 arcade sticks available: 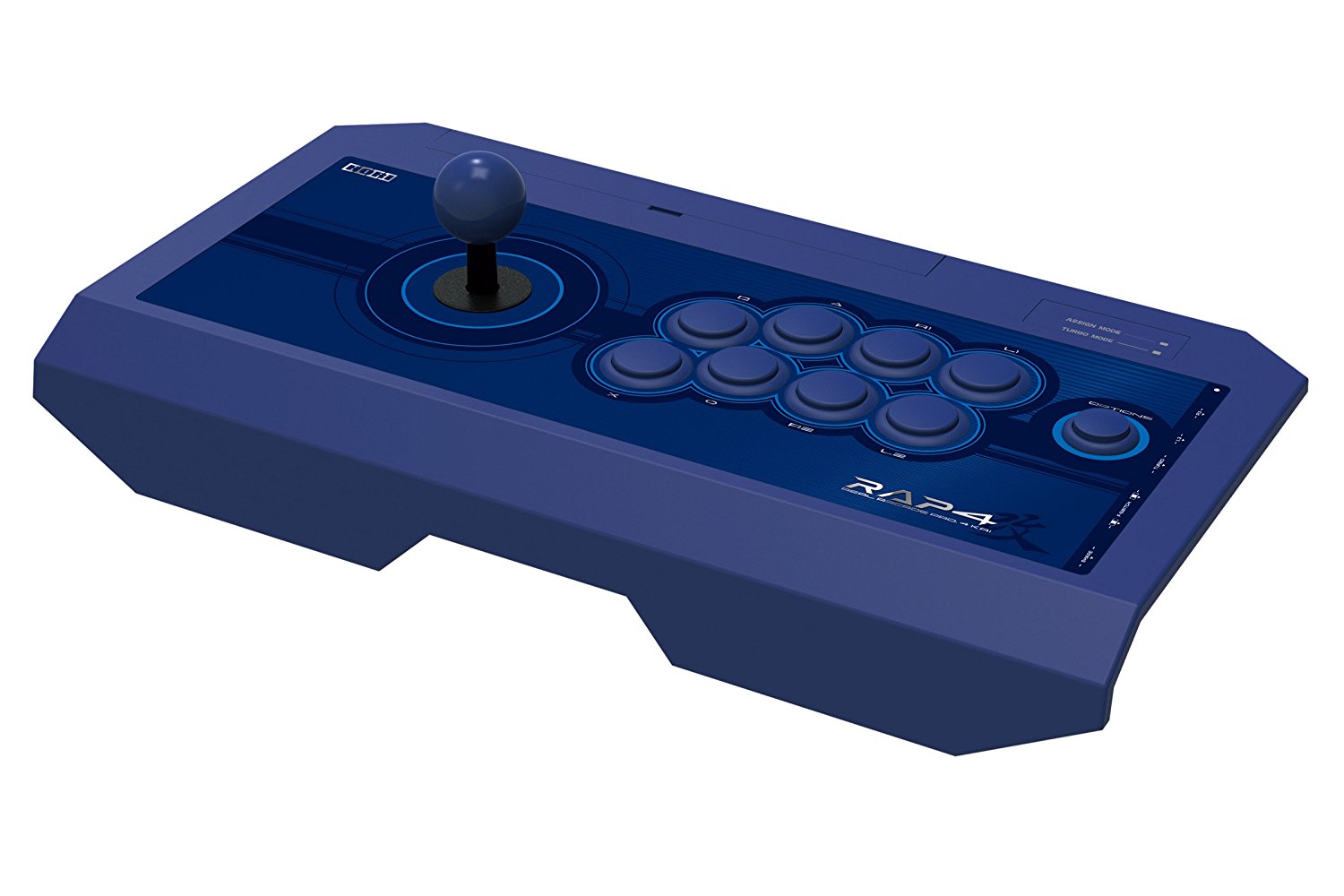 The HORI is reasonably priced, compatible with the PS3 and PC as well and is one of the best rated arcade sticks out there today. It comes with a Turbo toggle and works on a six-button control scheme. This is the stick you will often find in gamers’ archive of excellence. Going for a major beatdown? This is the stick for you.

This stick comes highly recommended as well, with a touchpad included for games that may require its use. It is a great lightweight fight controller with a square-gated joystick to make those fight combos that much better. For precision and a lightweight body slam, the Hayabusa is a tough stick to compete with. 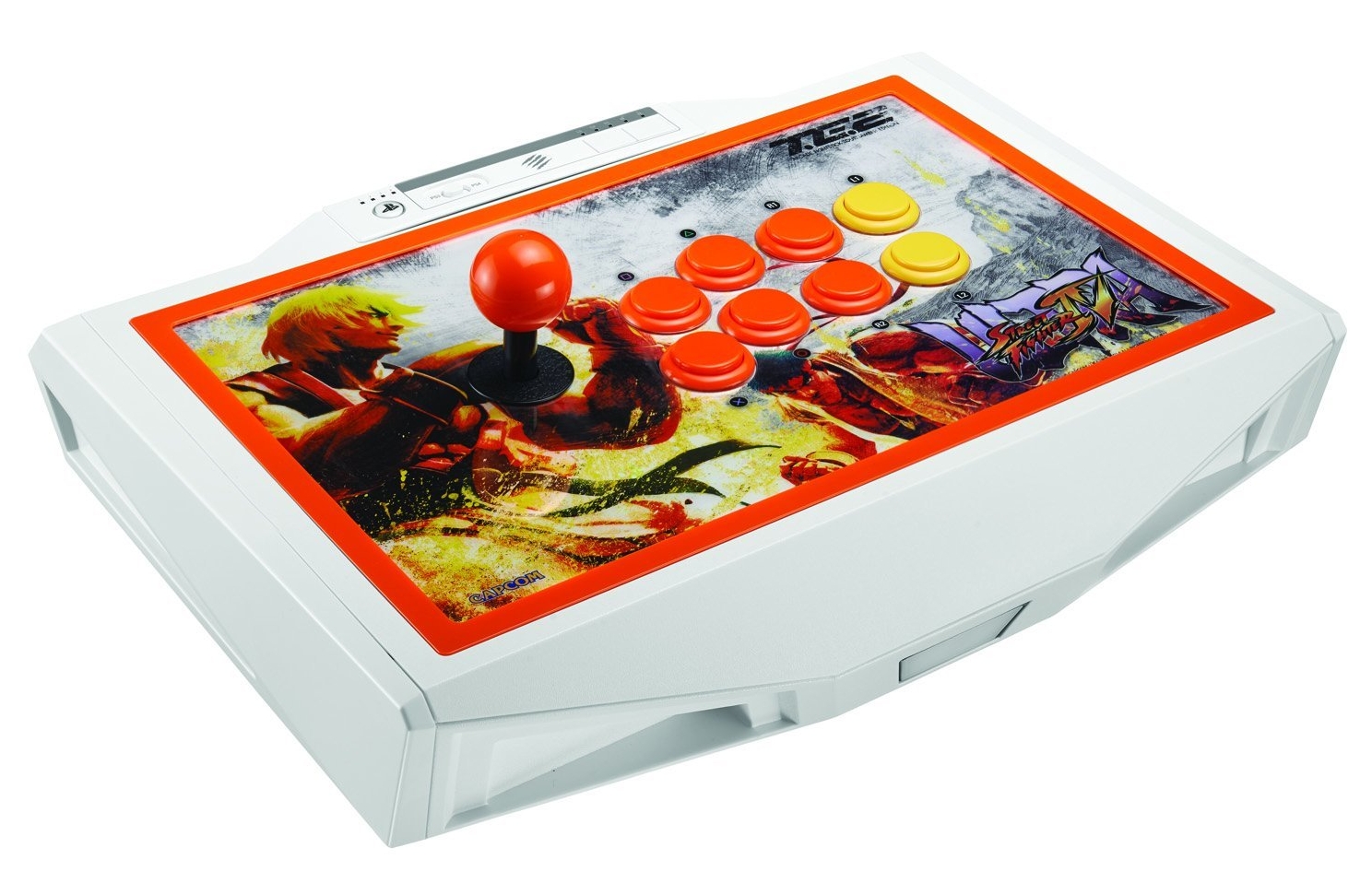 This fight stick is literally top notch. You couldn’t get much better for the PS4 arcade stick of choice. Not only does it look awesome, with it’s Street Fighter IV artwork, but the malleability of the stick’s controls and added features take it to the next level. You can change around the stick according to your preferences, making it perfect for varied gaming performance. The stick is on the expensive side, as is the way with the best of the best, but for durability and diverse use it is a masterpiece and well worth the extra swoop.

Another top contended and yet another HORI to marvel at. The VLX KURO is once more on the expensive side, but also considered the ultimate arcade stick experience. It even features components from original Japanese arcade games. With a fully functioning touchpad included, the stick, licensed by Sony, is compatible with both PS3 and PS4. Remember that truckload of PS4 games I mentioned earlier? Lets not forget how many are fighting games to be played to the highest grade possible. VLX KURO is definitely one to watch. 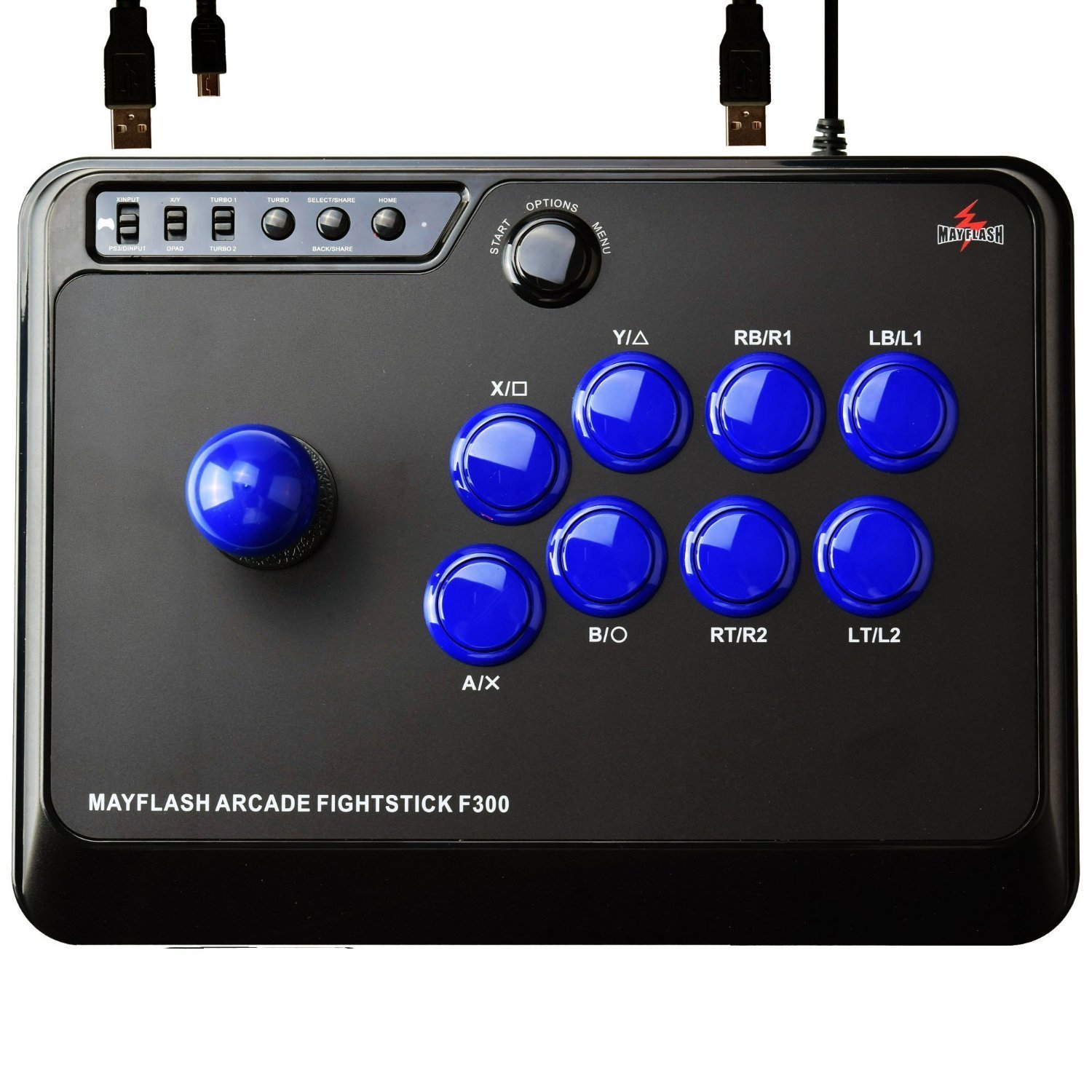 The Mayflash is definitely a customer pleaser. reasonably priced and simple in design, the stick is built for regular use. It works great across multiple consoles, from the PS4 to the Xbox One to the Xbox 360. Responsive and great for both beginners and avid gamers alike, the Mayflash has a lot to offer for fighting. The stick is also compatible with the Sanwa Denshi buttons and joystick, making customization easy. It is a a great starter stick, and also still good for more high-end players. The Mayflash is definitely a contender in the fight for the best PS4 arcade stick. 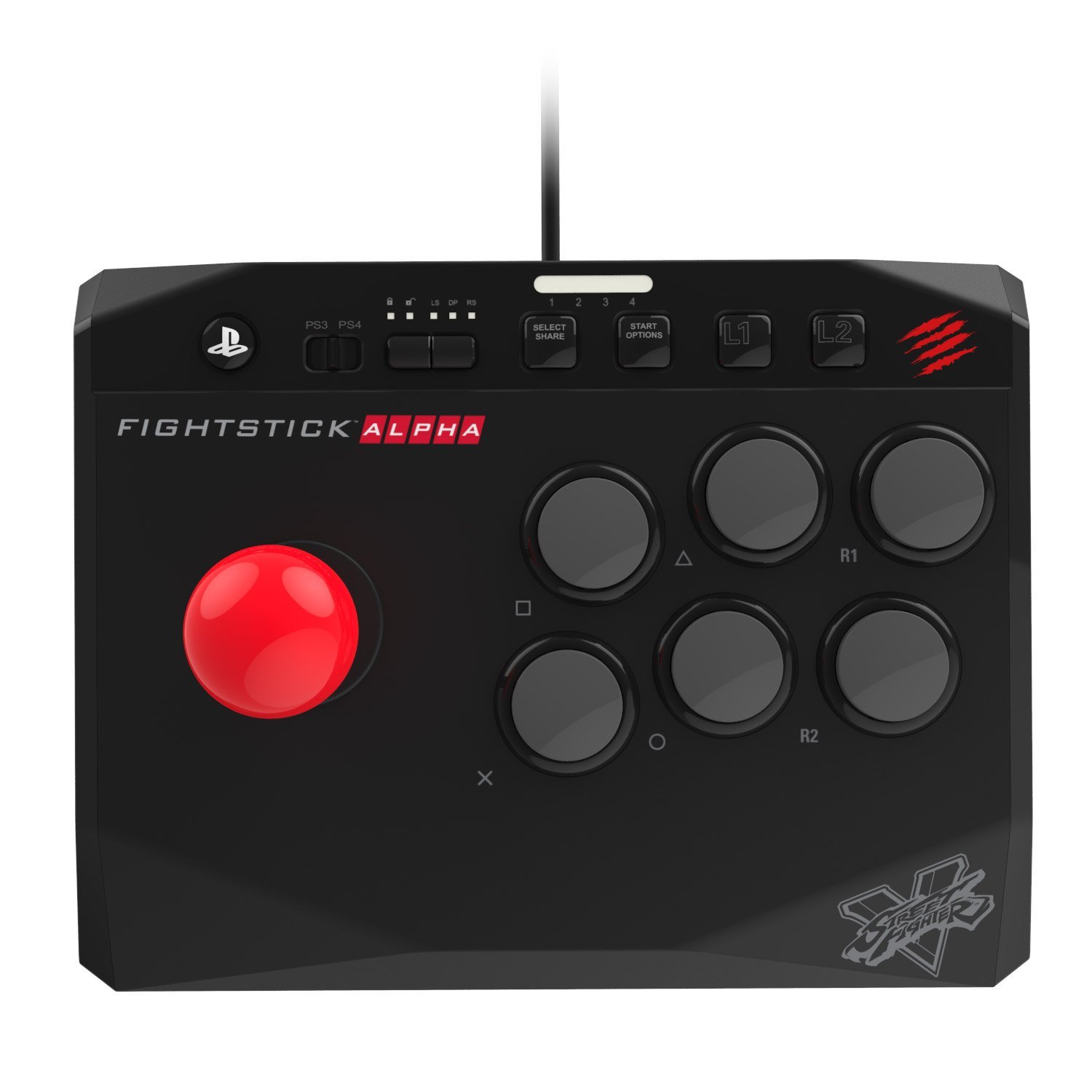 Well, the Mad Catz Street Fighter V is definitely an affordable stick for those wishing to make the change. But it’s price tag comes with a few cons. The stick is a little too light, making it hard to play with the stick on your lap or in a comfortable position. If you’re the competitive gamer that takes a stick to tournaments or intends to play through the roof, it may not be the choice for you. But with that being said, the FightStick Alpha is still a handy stick, especially for those making their first transition from the regular pad controller. If you’re looking for an easy controller with gusto, for practice, learning and general use, it is definitely worth the purchase. 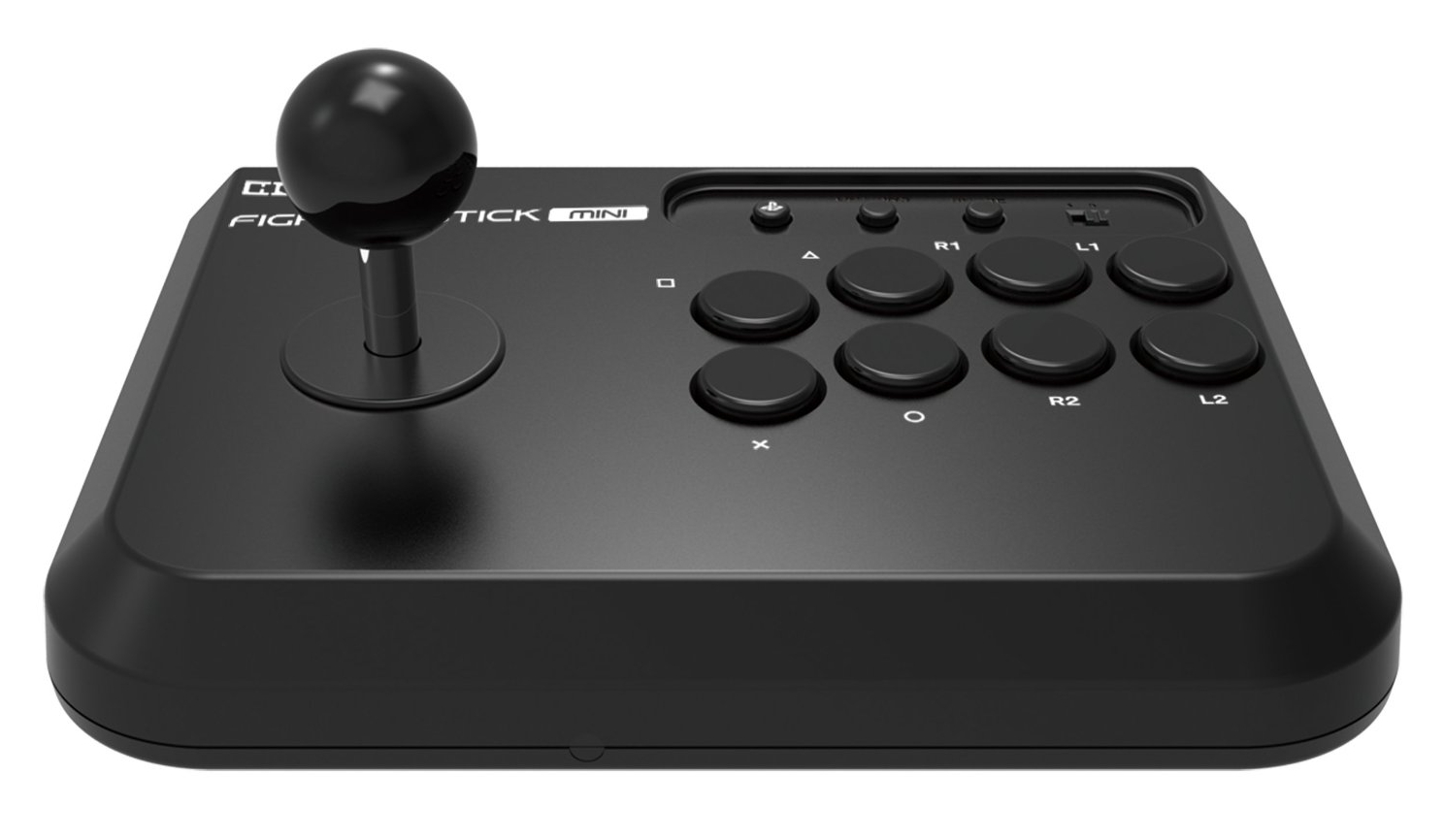 Yet another HORI arcade stick makes the list. Licensed by Sony, this eight-buttoned simplistic controller is a great budget buy for those interested in a compact sized stick. By compact sized, I mean small, like. It is a little too small and lightweight for button slamming and like the Mad Catz Street Fighter V it is not one to stay still on your lap. But for new players, those on a budget and those who just like to enjoy a few fighting games, the Mini 4 is definitely worth a try.

So there we have it. Seven major contenders in the fight for best arcade sticks on the market thus far. Your choice of arcade stick depends on yourself and what it is you’re hoping to get out of it. Hopefully these recommendations helped you refine your search and merry gaming to you all!

UI/UX design refers to the user interface and user experience design of a product, in this case, a video game. It is the process...
Read more
Technology

As a gamer, you know the importance of having an edge over your opponents. You also know the pain of being eliminated from a...
Read more
0 0 votes
Article Rating