ArmaGallant: Decks of Destiny (not that Destiny) is a PS4 exclusive RTS deckbuilding game based around fast paced 1v1 or 2v2 multiplayer arena battles from developer Rock Nano Global. The game boasts a quick tutorial and many different elements to pick from, rather reminiscent of Magic: The Gathering, but lacks a story mode to better get to know the workings of each faction, leaving the player to flounder on his or her own on a pretty steep learning curve. The integration of RTS into what would otherwise likely be another Hearthstone clone is an interesting idea that doesn’t pan out quite like it could have had the maps been made just a bit smaller (this isn’t Starcraft, folks). 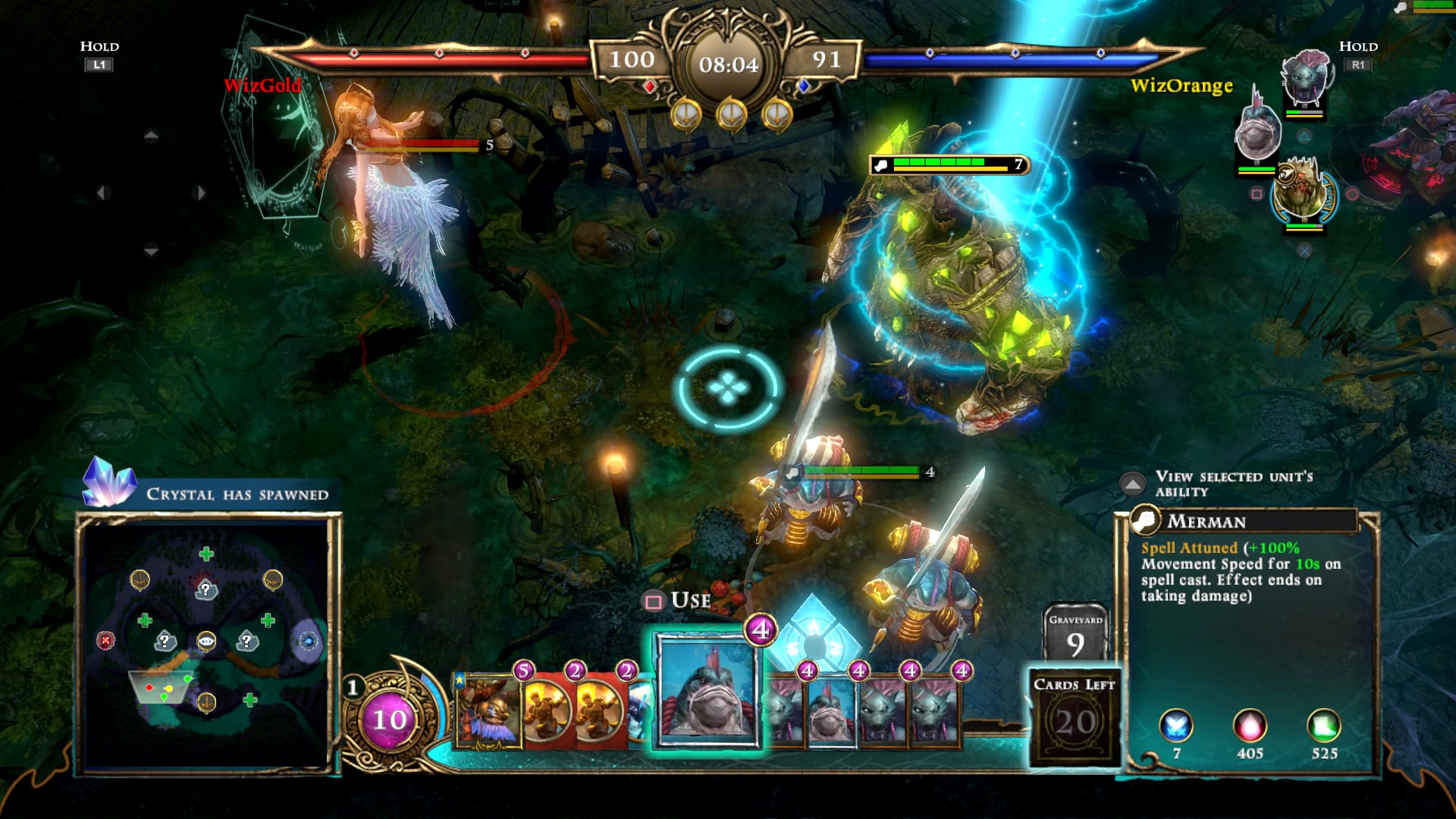 The art style is a selling point, however, with good animation quality, but there’s no way to change map perspective other than to scroll around to attend to multiple units. The premium currency (crystals) is priced a bit high as well considering the rewards that come with it, currently $2 for 120 crystals, with 100 being enough to buy a booster pack. You can get booster packs through it if you don’t want to wait to earn up gold in multiplayer, but maybe not quite enough to justify the cost.

Gameplay wise, there’s a lot of variety, which should be expected from a combo like this. 2V2 has the potential to get pretty crazy, especially if all the players know what they’re doing. Sadly, this isn’t the kind of game one can just pick up and go with. There’s no online data bank for the cards, so looking at each individual one while in-game is the only way to access them. The control scheme is good, though, and if this combination of genres ends up being a success, it would be a good standard for other games like it. At the moment the game only has one map, making the game’s price point of almost 40 USD a little steep, especially considering the price of premium currency and the need for a PSN subscription to actually play the game online. 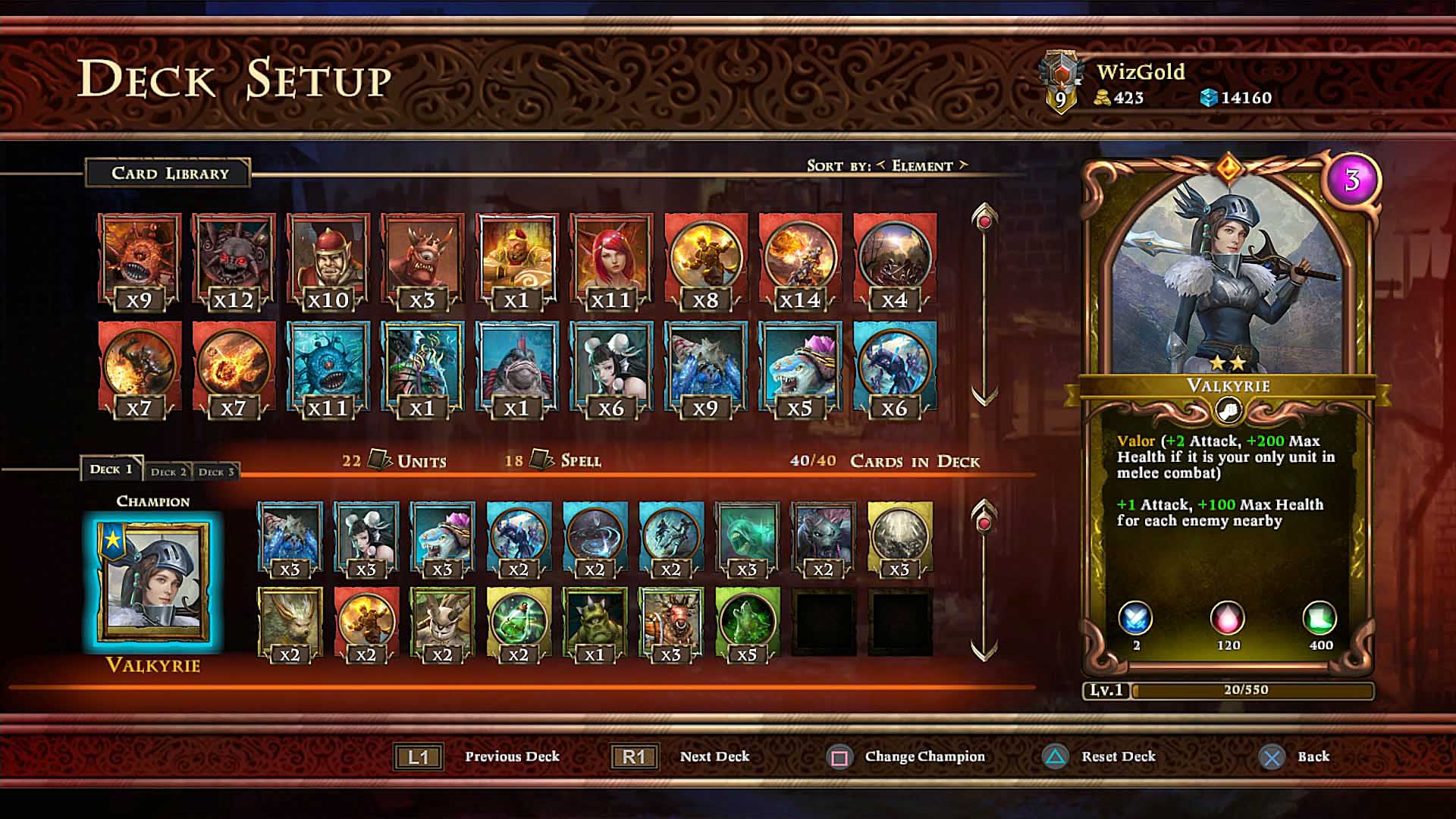 ArmaGallant has a lot of potential. It’s a really interesting idea blending together two genres that aren’t normally associated with one another, but it has a lot of problems, too. A short story campaign wouldn’t go amiss, or an offline mode, or easier ways to earn booster packs in general without having to spend any real world money. A free to play model with maybe a bit more of a focus on DLC and card packs would possibly be a better route to take and would definitely give the developer a larger player base. Right now, it’s a large investment to try out an unknown game from an unknown developer, and sadly there’s very few who are willing to take the risk.

0
Who would have thought that an online murder mystery game would be exactly what everyone needed to survive the year that was 2020. This Indie...
Read more

0
The new generation of consoles is here, and it’s very flashy and impressive, of course. The PlayStation 5 and Xbox Series X (and its...
Read more
Accessories

0
The new Xbox Series X is a truly gorgeous console. It’s a huge beast of a machine, boasting a monolith-style design that shows off...
Read more
Best Games

0
Sega games are classic form of gaming that have been around for years. Although many believe they had their moment in the early 2000’s,...
Read more
0 0 vote
Article Rating