Anthem Review – A Song Of Victory

BioWare’s history as a developer is an interesting one. Although the company is perhaps best known for its narrative-driven RPGs and character building, their first game, Shattered Steel, was a MechWarrior-style mech combat sim published by Fallout overseers Interplay. The game was released in 1996, and was a fairly straight-laced mech game with some interesting features, chief among them deformable terrain and the idiosyncratic designs of the bipedal mechs piloted by players.

When people say that BioWare should be focusing largely on story-based games because that’s their heritage, Shattered Steel is the game to bring up. If BioWare wants to create a more action-centred title which emphasises loot-gathering and combat mechanics over its narrative, then that’s fine. Anthem, then, the latest offering from the Canadian studio, shouldn’t be judged by its proximity to other BioWare classics like Mass Effect and Dragon Age, but should instead be assessed as its own title, based entirely on its own goals and gameplay style.

That’s not to say there’s none of the signature BioWare flavour here. Anthem begins with a group of “Freelancers” (effectively mercenaries) sent to shut down The Cenotaph, a relic that causes untold havoc when it’s used. Said Freelancers fail in their mission, causing them to lose face among the general population. The player takes control of one of these Freelancers, piloting a bipedal mech called a Javelin, and must deal with the consequences of said failure while exploring the world around them and learning more about its inhabitants and history.

There is a plot in Anthem, but unlike in many other BioWare games it’s not really at the forefront of the experience. Frontier city Fort Tarsis serves as the player’s main mission hub and downtime area, and it’s also where the vast majority of Anthem’s non-player characters are concentrated. Their dialogue is fun and sparky – some talk about routine maintenance gone wrong, while others detail petty quibbles that BioWare fans will know and appreciate from previous ambient NPC dialogue – but there isn’t quite enough of it for our liking, and it does sometimes come across as a little stilted and difficult to empathise with. 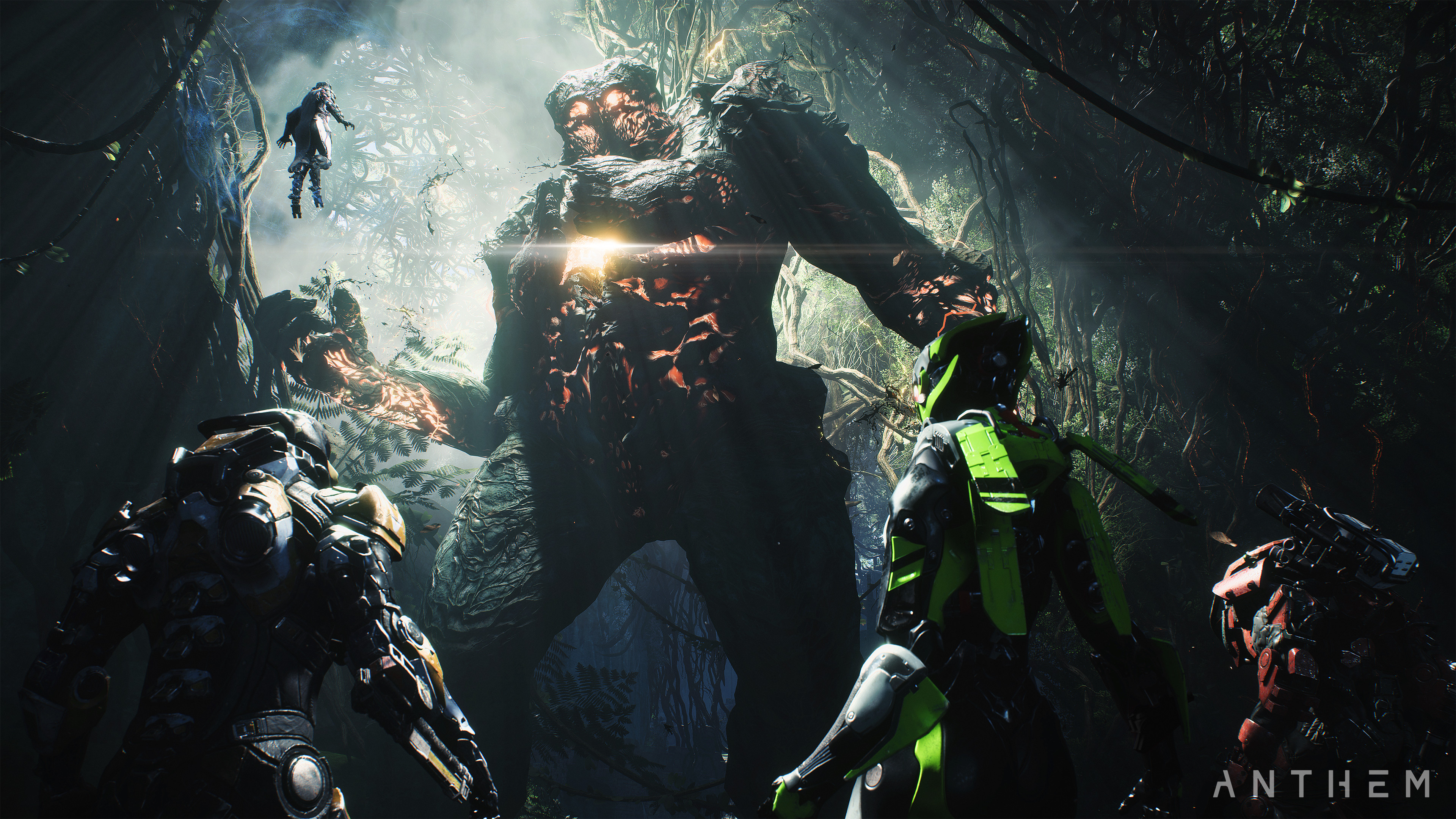 As we said earlier, though, Anthem isn’t really out to impress players with its story, or if it is then it’s not doing a particularly great job. Instead, Anthem is all about that central gameplay loop. You’ll hop into your Javelin, customise your loadout, choose a mission to tackle with your friends and get stuck into the action, battling waves of human and alien enemies using your Javelin’s special abilities. Chaining combos with your friends (or random players online) using your mech’s elemental powers is a delight, and although the guns aren’t quite as satisfying as they are in a game like Destiny, there’s still a heft to them that’s missing in many other games.

Where Anthem truly shines, though, is in its flight mechanics. Suiting up in your Javelin and launching yourself into the sky, taking stock of the ruined landscapes and verdant fields below you, is a constant joy. BioWare has never quite managed to wash its face in the gameplay department for a lot of its games – Mass Effect has had its fair share of slightly suspect systems, like the Mako vehicle sections in the first game – but Anthem shows the studio has truly learned from its mistakes in this regard. If there are flaws in Anthem (and there demonstrably are), then the flight and the combat almost make up for them. 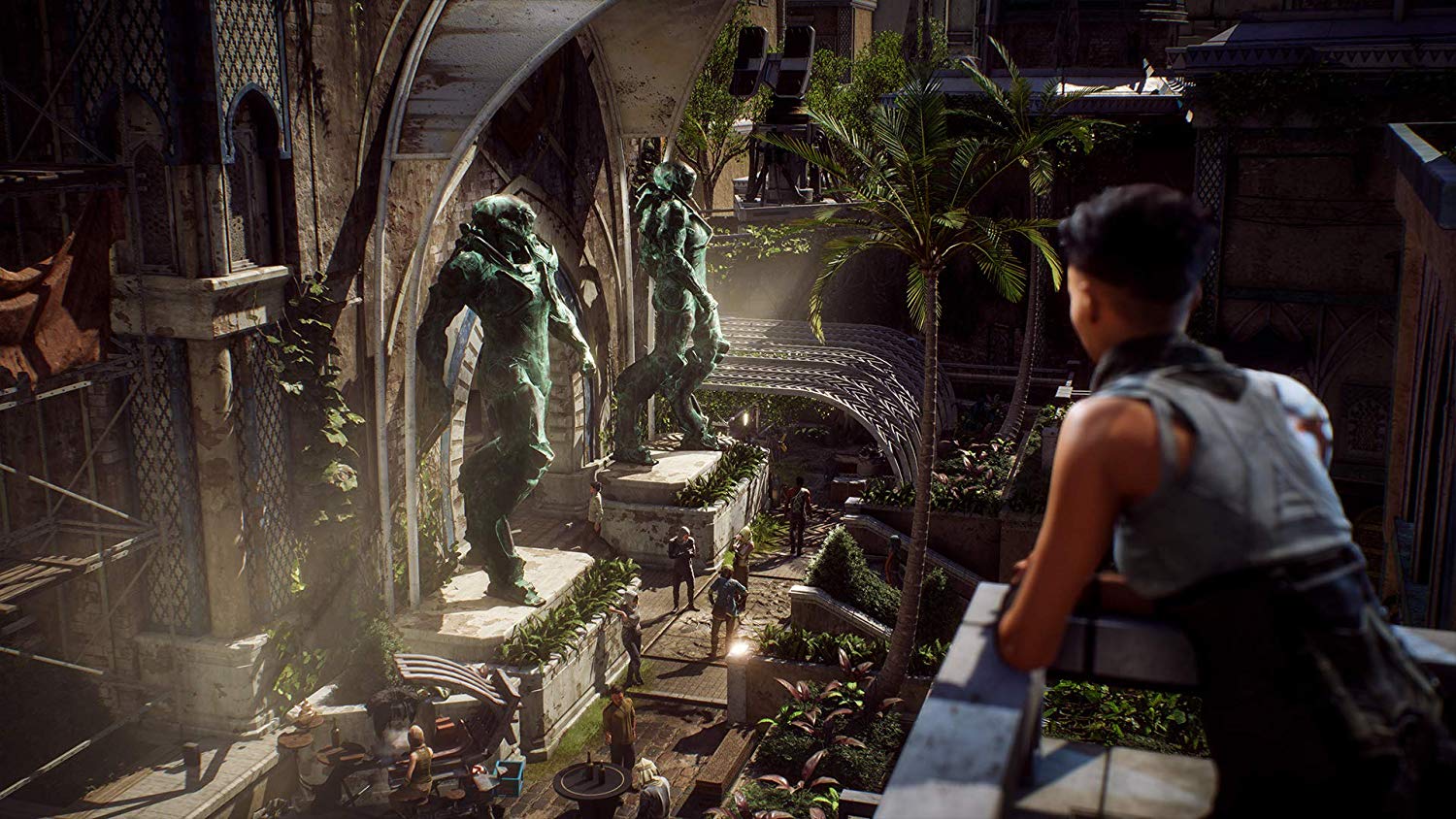 Unfortunately, there are flaws, and they’re a little difficult to overlook on day one. In this culture of post-launch fixes and patches, it’s hard to know which issues will still be present after the inevitable slew of updates over the next few months, but we can only discuss what we have before us. The loading times in Anthem are simply unforgivable, with loading times between each area sometimes reaching upwards of 2-3 minutes. There’s a loading time between moving to the Forge, the area in which you can customise your Javelin, and returning to your position, and given that you’ll need to do this fairly regularly – Anthem being a loot shooter – you’ll quickly grow tired of the time it takes to swap out equipment. It simply shouldn’t be a chore to engage with one of the game’s core mechanics in this way.

Additionally, end-game content is both bafflingly lacking and not particularly well-balanced. Later Strongholds (the game’s version of raids) on Grandmaster difficulty effectively involve hammering away at bullet sponge enemies for minutes at a time before they go down, which doesn’t make for particularly engaging battles, and there are only three available to players at time of writing, which means the late-game content is anaemically thin. If BioWare and EA are hoping to sucker in players for the long haul, they’re going to have to provide more engaging and long-lasting content than is currently present in the game. 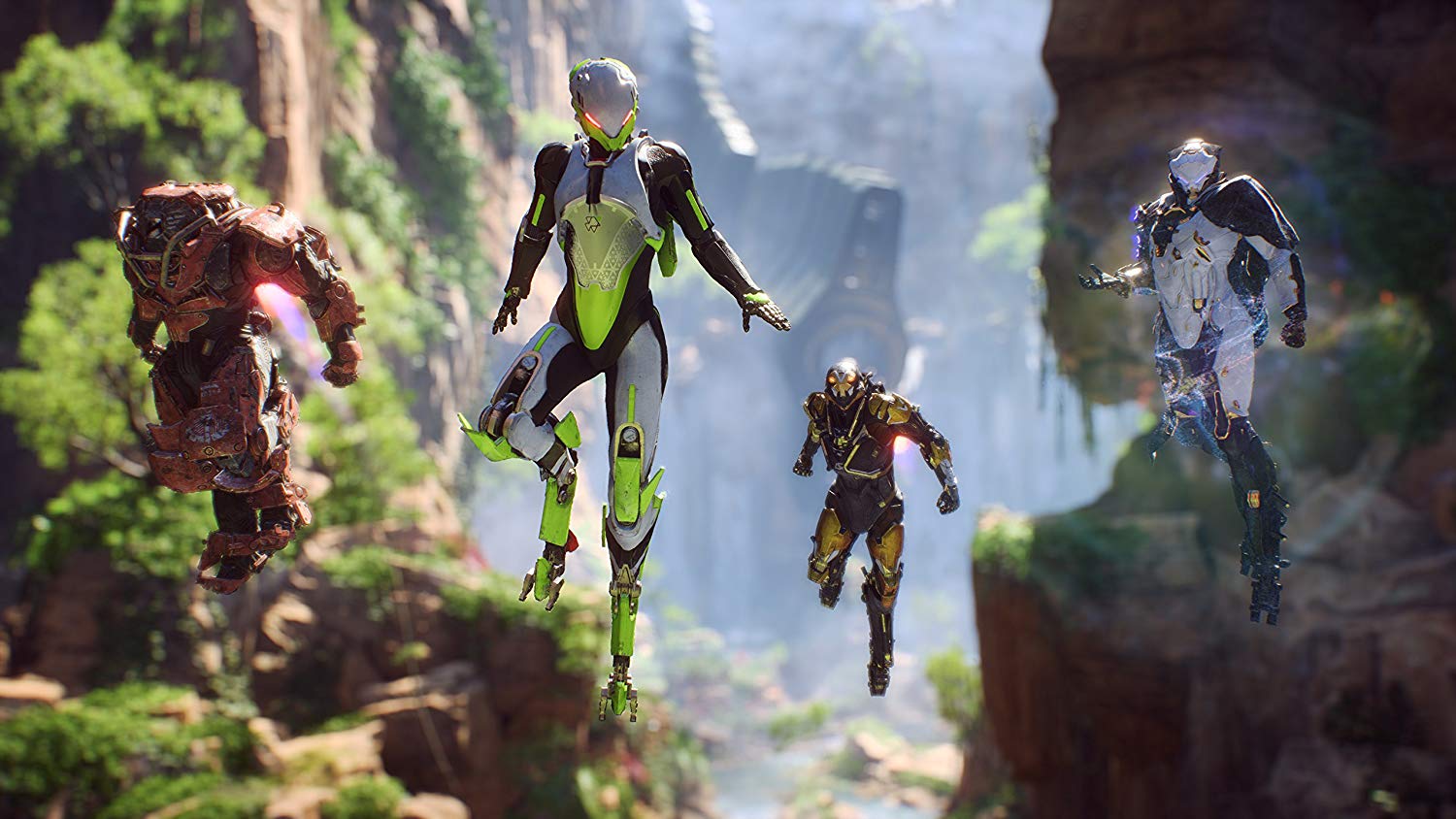 All that said, Anthem is still a tremendously fun moment-to-moment experience with tons of potential. When the kinks are inevitably ironed out, Anthem will look much as it should do, and the core gameplay loop will remain as electrifying as ever. It’s just everything built around the experience that doesn’t quite work yet.