Ubisoft has come under a lot of criticism in recent years for its formulaic open-world map design. In most Ubisoft games, you start off uncovering just a small amount of the map, climbing towers and gradually revealing more of the game’s explorable area. This is true of Far Cry, Assassin’s Creed, Ghost Recon, Watch Dogs, and even Grow Up, but it looks like Ubisoft is starting to learn its lesson. Far Cry 5 lets players explore its map however they want, and now Riders Republic is taking that lesson to heart once again by offering its entire map for players’ perusal right from the get-go.

In essence, Riders Republic is a sort of cross between Ubisoft’s usual open-world design – it’s got lots of icons everywhere to mark where the events are – and Steep, the studio’s slightly ill-advised (though also pretty underrated) foray into SSX-style snowboarding. If you liked Steep, then there’s a very good chance you’ll also like Riders Republic, as it’s basically an expansion of that formula into something more accessible and user-friendly. If you didn’t, it might still be worth giving this one a go.

First, it’s important to say that the breadth of activities on offer in Riders Republic is very impressive indeed. Far from being a simple biking sim, Riders Republic lets you try on wingsuits, ice-cream trucks, and skis for size, with lots of other events waiting for you as you move through this game’s overstuffed event roster. If anything, Riders Republic is almost too big; there’s a sense of maximalist grandeur to it that feels ambitious, if not always executed with aplomb. 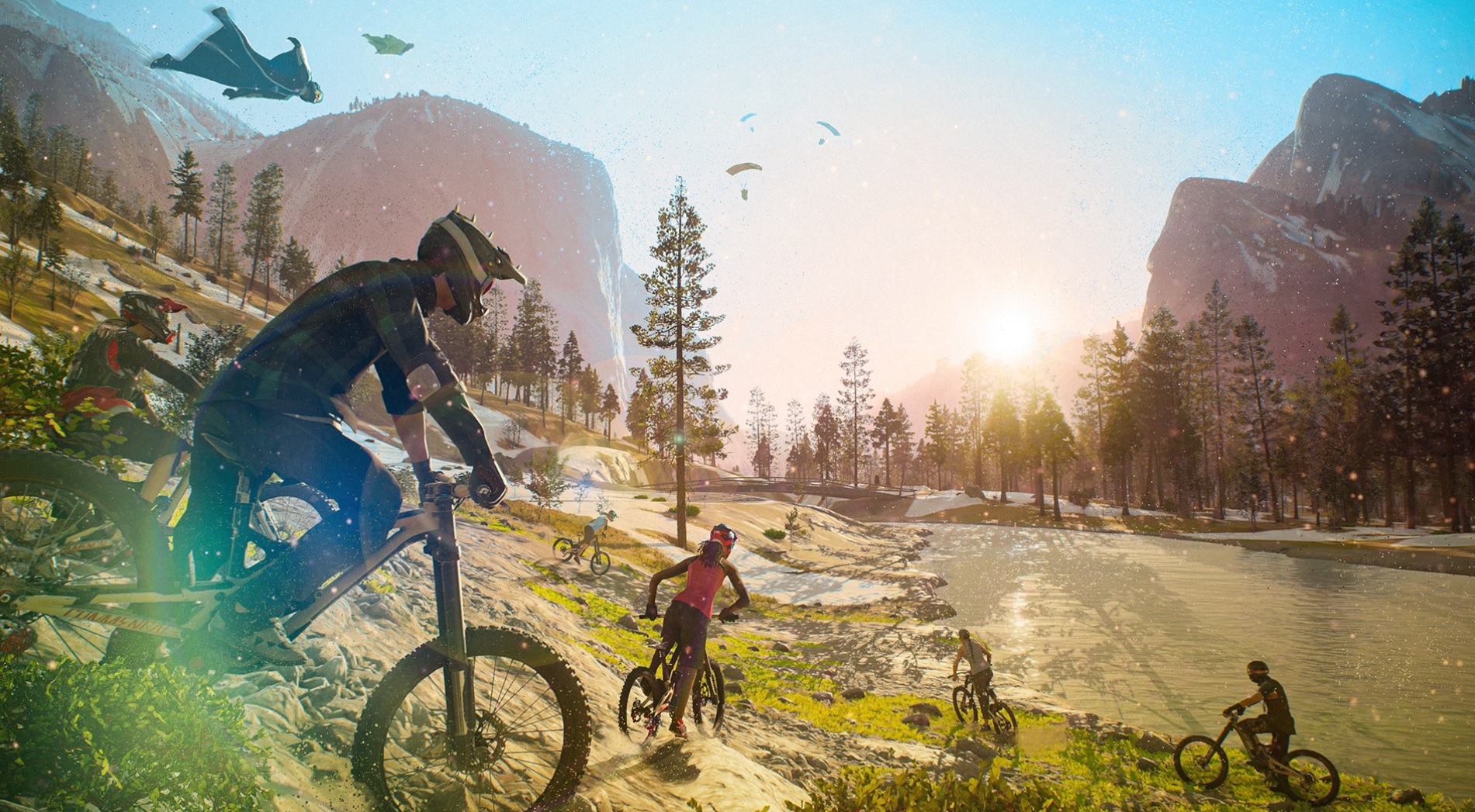 This is helped by the fact that it’s possible to switch what you’re doing instantly. You can be sailing through the air in a wingsuit, then – with just the touch of a button – transform yourself into a cyclist, hitting the ground and ramping off a massive hill to once again wingsuit your way up a mountain. There’s a real sense of dizzying and impressive freedom to Riders Republic, and although the execution is a little glitchy and strange at times, that doesn’t dampen Ubisoft’s impressive ambition.

What does dampen that ambition is Riders Republic’s frankly embarrassing tone. Much has been made of the “youth culture” way in which the game attempts to ingratiate itself with a younger audience, and there are times when it crosses over from mere cringe into active frustration and outright fury. The bus with “TRENDING” daubed across it is a particular problem, as is the language characters use; I don’t know what “totally truesome” means, but I don’t ever want to hear it again.

While this might not seem like a big problem, the fact is that the tone is plastered across every facet of Riders Republic. This isn’t a game that leaves you alone; it constantly bothers you with its excruciating dialogue and terrible music (did you want to hear a ukulele cover of “Gangsta’s Paradise”? No? Well, tough) and won’t just let you get on with the art of playing it. Ubisoft has already shown that it has no idea how to approach light-hearted comedy in Watch Dogs 2, but here, its complete lack of understanding of how young people talk is almost terminal.

It’s a shame, because if Riders Republic embraced how relaxing and chilled-out it can be, then it could be something truly special. Exploring the game’s world without feeling beholden to events, you’ll quickly find yourself lost in the soft meditative thrill of cycling up a mountain or across a particularly scenic patch of road. When you feel like tackling an event, you can fast-travel to one incredibly quickly, but until then, the world is yours to explore at your leisure. 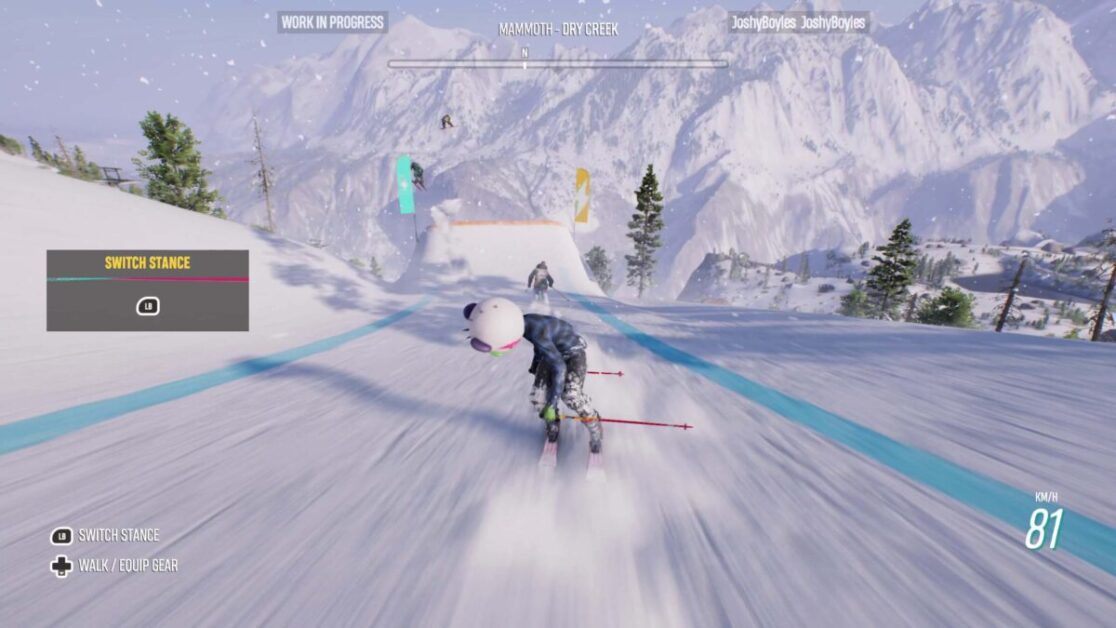 Of course, this is a Ubisoft game, and you know what that means: microtransactions, and lots of them. As a gaming public, we should never grow inured to the disgusting ways in which companies use these monetary systems, and Riders Republic is as egregious with microtransactions as you would expect a Ubisoft game to be. There’s a full in-game shop with plenty of cosmetics to buy, and some of them are locked behind real-money transactions.

Unfortunately, Riders Republic does a very poor job of differentiating between cosmetics you can buy for real money and those you can purchase with in-game currency. This kind of fuzzy distinction is shockingly cynical, and it shows Ubisoft’s dedication to making every one of its games a money factory first and an actual entertainment experience second. Riders Republic is exactly the kind of game near which microtransactions absolutely do not belong, so seeing them here is disappointing, if not surprising.

Thankfully, if you can push past the predatory microtransactions and bafflingly awful tonal choices, there’s a great open-world sports game to be enjoyed here. Events are varied and always entertaining, and there’s an endearing sense of off-kilter wackiness to proceedings that always keeps things from getting too Forza Horizon-serious. Actually, Microsoft’s racing game is a solid comparison point; think of Riders Republic as a more cartoony, less wish fulfilment-based Forza Horizon. 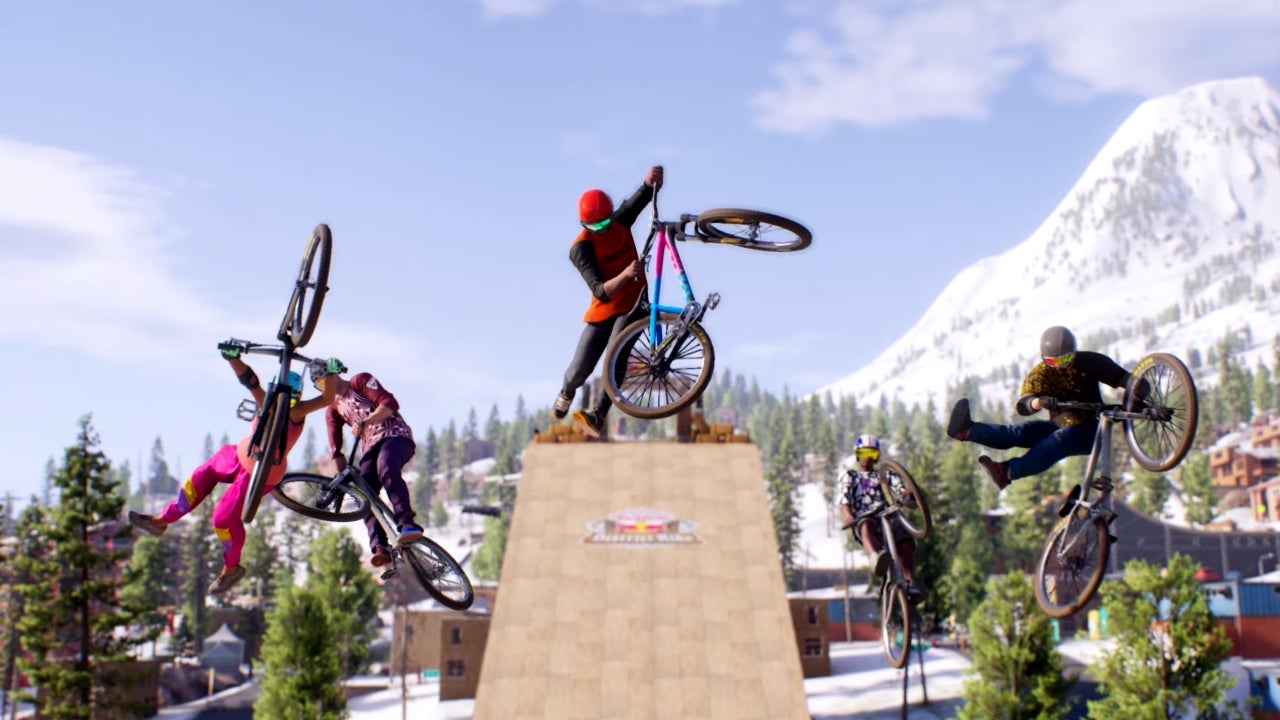 All in all, it is worth picking up Ubisoft’s latest open-world sporting excursion (although if you’re boycotting the company due to its heinous working culture, we wouldn’t blame you at all). Riders Republic does a lot to endear itself to the player, so it’s a shame that its awful, awful writing and gross microtransactions are just as likely to turn people off as attract them to the game. If you can tune out a lot of the audio, Riders Republic is great fun. Just don’t let it talk to you.