How many times have you been playing a game and thought to yourself “I could do better than this”? It’s a statement that, for most of us, almost certainly isn’t true; while we like to fantasise about making our own games, the fact is that we don’t have even the most rudimentary knowledge about how to start doing so. Luckily, we don’t need it, because we have games like Game Dev Tycoon to help us get started.

If you don’t know it, Game Dev Tycoon is exactly what it sounds like: it’s an indie game that places you in charge of a development studio and asks you to start creating games. Don’t worry, though; you don’t actually need to make the games themselves. Rather, you’re running the studio, ensuring you hit deadlines and adjusting for technological advancements and business setbacks.

Game Dev Tycoon can be really fun, but eventually, it’ll wear out its welcome like every game inevitably does. When that happens, you may not quite be tired of the Game Dev Tycoon experience yet; you might want something similar, a fresh take on the genre that has a different approach to the game you’ve just been playing. Here are some of our favourite games like Game Dev Tycoon out there right now. 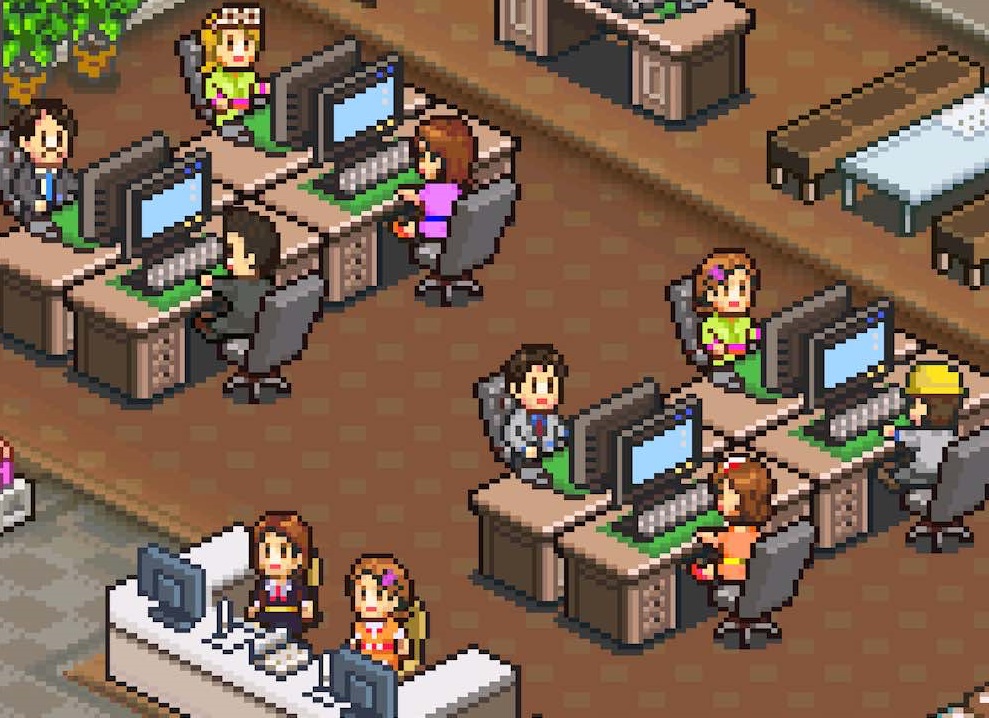 Some have said that Game Dev Tycoon bears some striking similarities to the earlier Game Dev Story, and they’re not entirely wrong. Both are games all about building up a small indie studio to take it to global dominance, and both have a cutesy art style that emphasises aesthetic over realism. However, Game Dev Story is an altogether smaller and more relaxing prospect that’s perfect if you want the general idea of Game Dev Tycoon without the heavier simulation aspects. Give this one a shot if you want a game dev management sim on the go, but don’t want to invest too much strategic thinking into it. 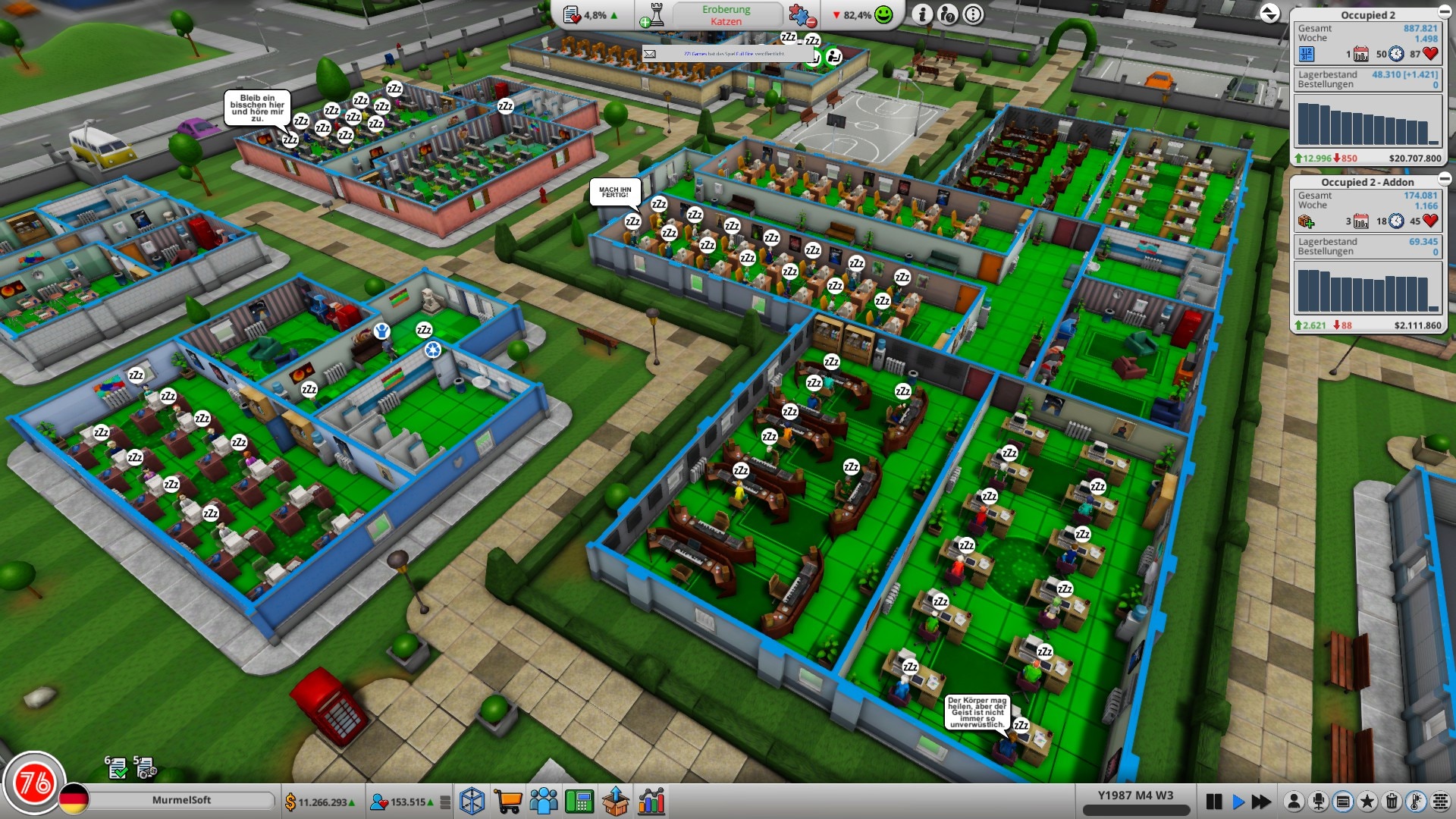 Now this is the real deal. Mixing the mechanics of Game Dev Tycoon with the aesthetics of something like Evil Genius, Mad Games Tycoon 2 tasks you with starting up a game development studio in the mid-1970s and establishing yourself in an increasingly crowded market. This one is almost the opposite of Game Dev Story; it’s a deep, rewarding management sim in which you can micromanage a huge amount of your studio, making decisions on every level that will hopefully propel you into the mainstream. This is definitely one to try if you didn’t think Game Dev Story went far enough into the nitty-gritty of things. 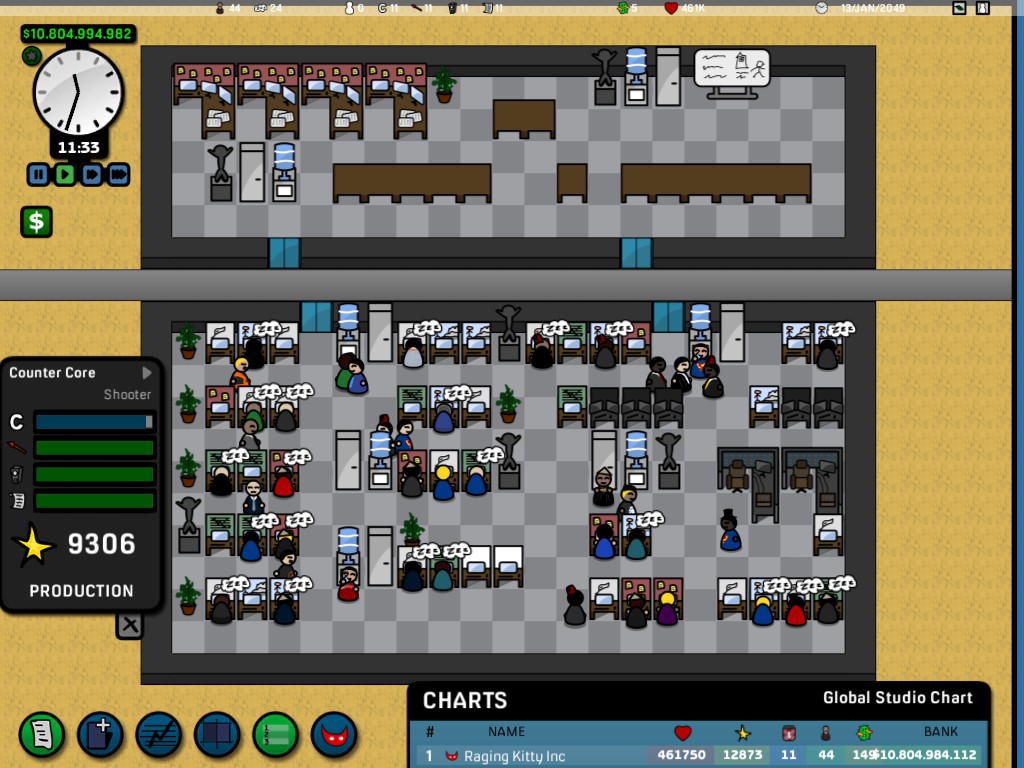 Game Corp DX is a revision of the famous Flash game. You’ll begin by making small projects to appease tiny niche indie audiences, then work your way up to making major AAA blockbusters. Endless Loop’s game is full of gentle pokes at the gaming industry; you’ll encounter names like “Electronic Poptarts” and “DVD Projekt RED” as you go, as well as coming up against formidable journalism forces like “TotalCrumpet” and “VGN”. It’s not big and it’s not clever, but Game Corp DX is an excellent way to pass the time if you’re looking for a slightly more casual game developer sim. The art style is adorable, too, evoking as it does classic Ludo-style board game pieces. 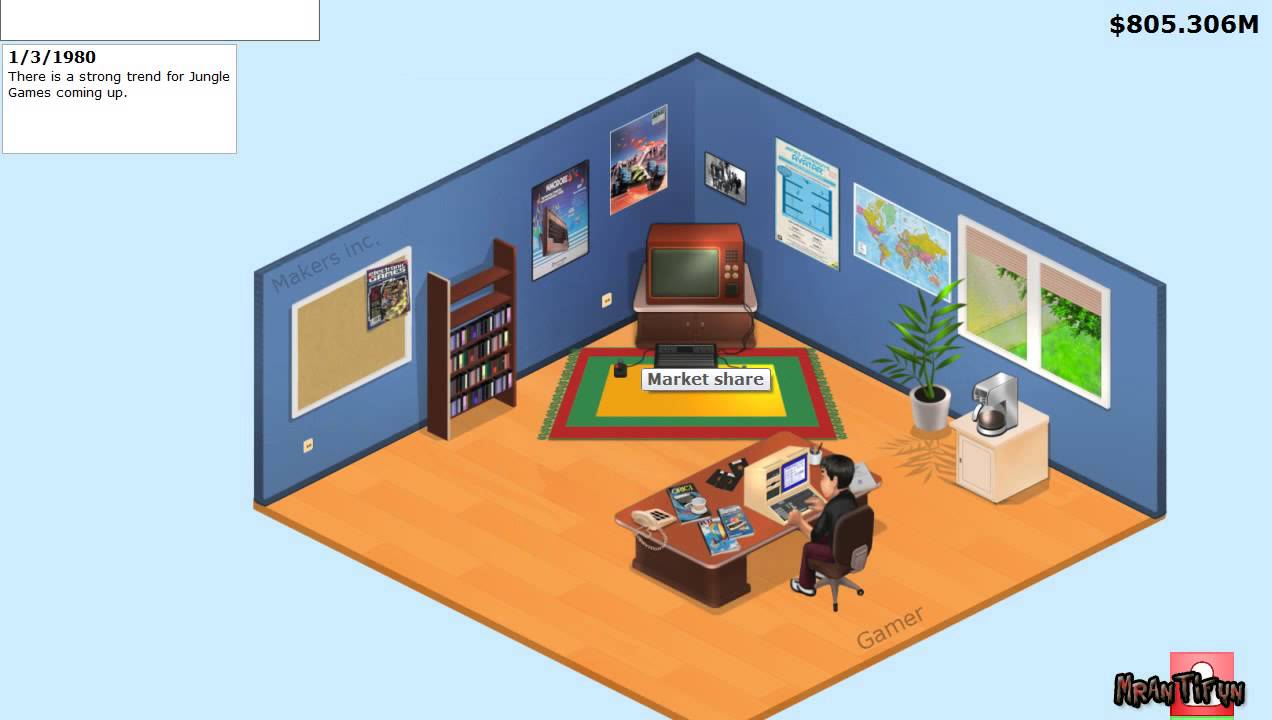 Yet another Game Dev Tycoon-style management sim, GamersGoMakers offers a charmingly rough take on the game dev genre. The interface here is far more workmanlike and less flashy than other games, but GamersGoMakers makes up for it by featuring a surprising level of depth. You can hire employees, build and use motion capture studios, decide how to specialise your studio in terms of genre, and much, much more. This isn’t going to be the option for you if you’re obsessed with graphics tech, but if what you want is a solid management sim that shows you what it’s like to run a development studio, you could do a lot worse.

Alright, so you think you could do better than the devs at your studio in Game Dev Tycoon or Mad Games Tycoon 2? Now’s your chance to prove it. RPG Maker MZ is essentially a game creation engine that allows you to create your very own Final Fantasy or Dragon Quest-style JRPG. The toolset here is powerful and flexible enough that it’s possible to create different kinds of games in the engine (and, indeed, many have), but mostly, RPG Maker MZ is excellent for making nostalgic 16-bit-style RPGs that will have you yearning for the good old days. You can even go back to one of the games like Game Dev Tycoon on this list and pretend they’re selling your RPG Maker MZ creation! 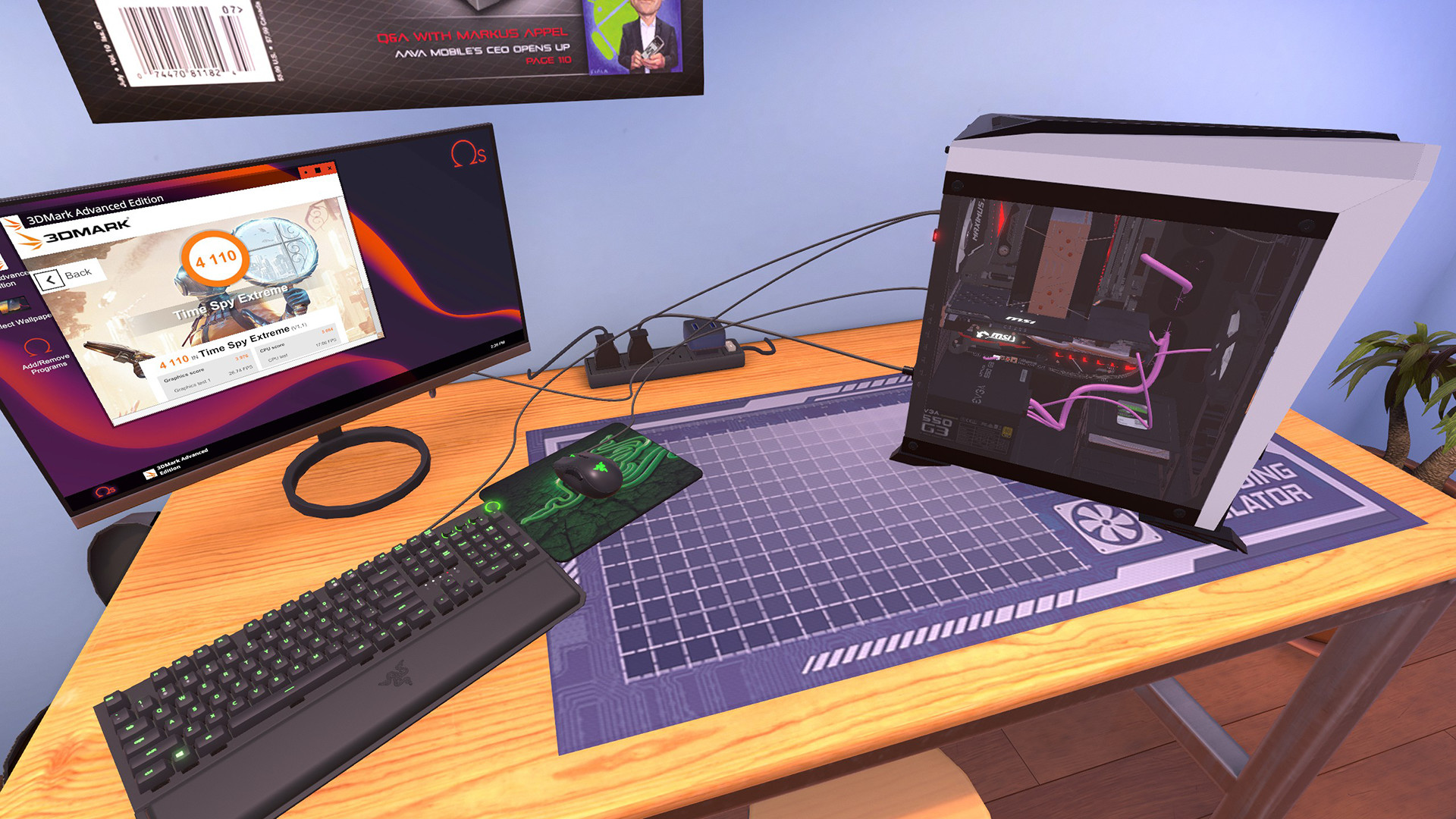 Hey, look – you’re building a PC in a game that you’re playing on your (presumably reasonably powerful) PC! Bizarre though its premise may be – and it’s certainly not one of the most obvious games like Game Dev Tycoon on this list – it does give you a glimpse into what it must be like for the people building the kind of hardware gamers play their games on every day. Oddly relaxing and utterly absorbing, PC Building Simulator is great for giving yourself the kind of envy that leads to potentially unwise purchasing decisions. Don’t pick this game up if you aren’t also willing to splurge on a new gaming PC after you’ve played it for fifteen minutes.