I’m not sure about you, but there isn’t nearly enough World War 2 themed games available, and it is always refreshing to return to this very theme. Thus, If sneaking around a map, planning and preparing the perfect executions, one by one, sounds like your type of game, then Sniper Elite 4 might just be for you. Of course, as the name suggests, your main weapon of choice is a sniper, allowing you to zone in on enemies well into the distance. However, you also have access to an arsenal of other goodies, such as a machine gun, revolver, TNT, mines and much more. Does this title stand elite within the genre of sniping and strategic gameplay? Let’s continue. 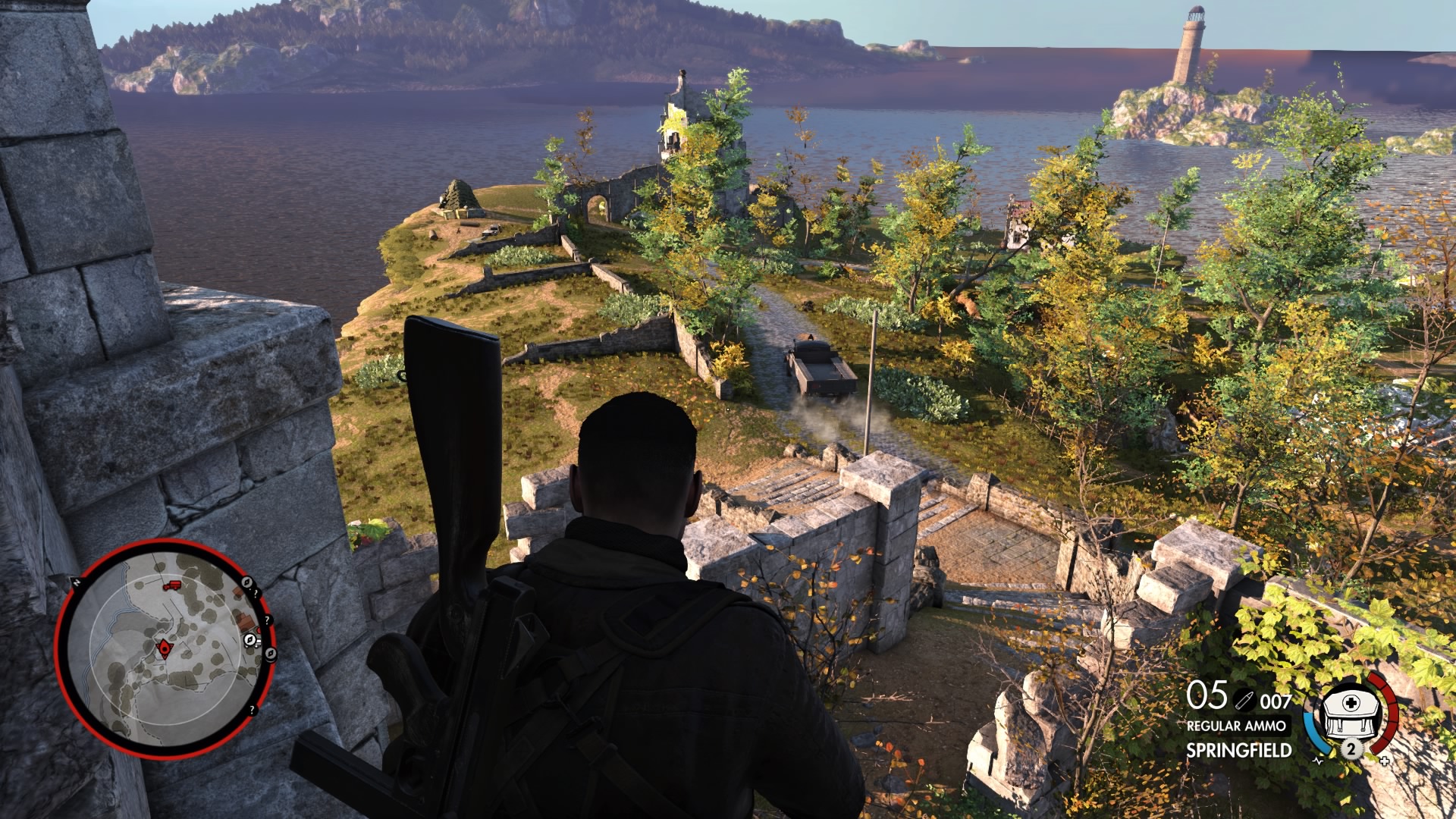 One complaint with past games in the Sniper Elite series include clunky controls, annoying bugs and poor AI. Sadly, since I haven’t played past titles, yes, this is my first time, I cannot comment regarding this. What I can discuss though, is whether these issues are present in Sniper Elite 4. Are you ready to find out? Let’s now move on and explore more about this title.

You play as an elite marksman, named Karl Fairburne. The freedom is now yours. As you move quietly onwards, carefully avoiding to arouse suspicion from patrolling guards, it’s time for you to consider your options. Should you sneak up behind in attempt to take each guard out one-by-one? How about finding a sniping position where you’ll be well hidden from sight? Maybe you’ll just opt to throw a frag amongst them in hope to kill as many as possible. It is your decision to make, and you’ll be presented with this conundrum regularly as you come across new areas of a map. Your strategy making skills will improve as you advance from each level. 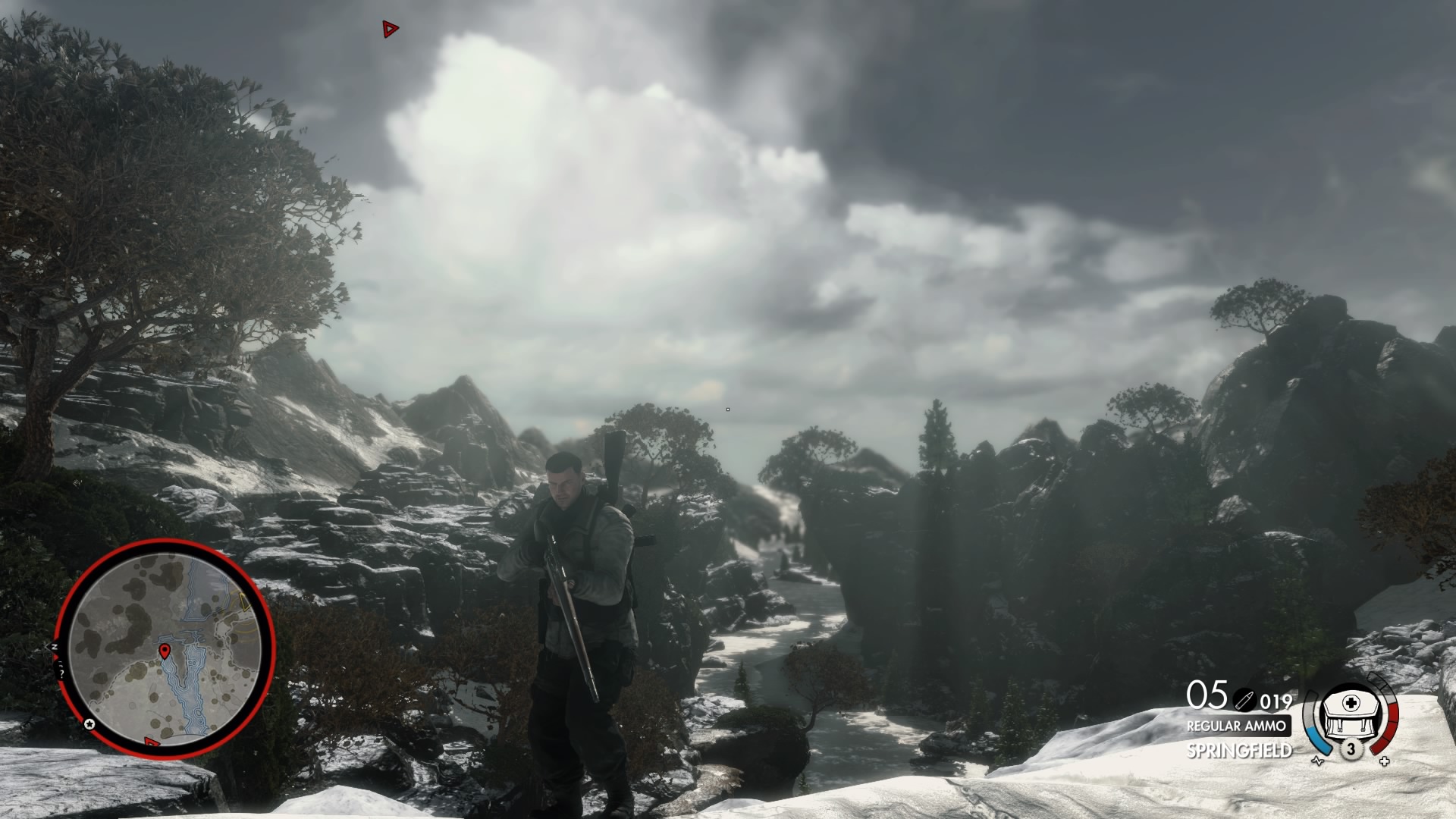 Exploring each map is certainly a rewarding experience, they are well made and visually stunning. The terrain differs often enough to keep to keep you wanting more; from green wooded forests to sunny desert – nothing looks familiar. They are large too – you’ll spend plenty of time roaming around, also admiring the views. Furthermore, the scenarios and objectives set are well thought out and keep you occupied for hours on end. There are many collectibles to be found, which will have you scouring the map well after you’ve completed the objectives.

Precision, stealth, position and accuracy are four of the main ingredients that are necessary to become an elite at sniping. Once you’ve mastered the art of firing a bullet at full speed into the frontal lobe of a Nazi’s brain, you’ll see the impact via an amazing cinematic kill camera. It’s thrilling and gory, and helps to make sniper kills more dramatic. 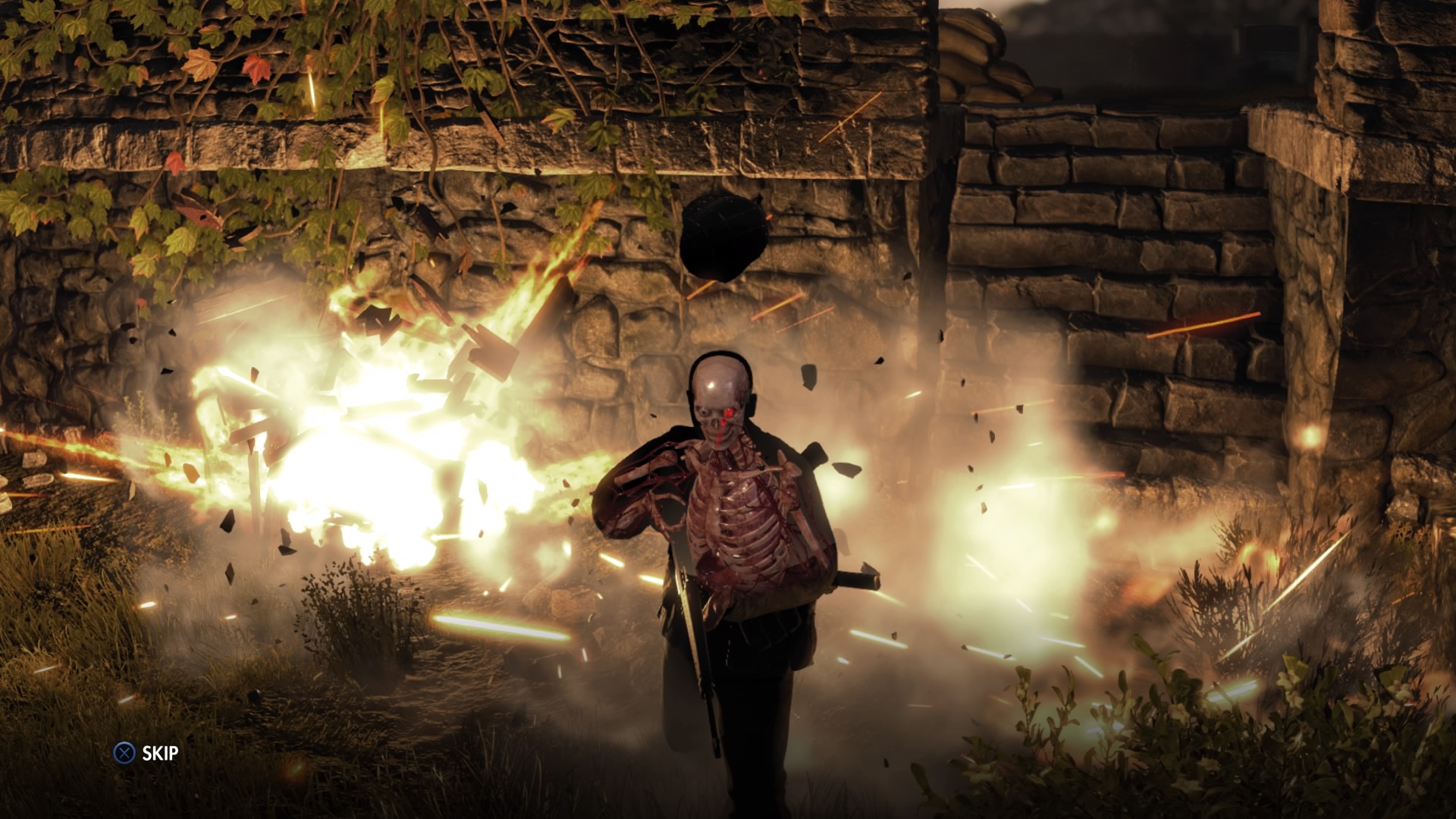 Notably, you want to kill off enemies as quietly as possible, so using suppressed ammunition is a must when available. Be careful though, hitting the helmet will create a noise, as it would in real life. Furthermore, if a plane is passing by, your gun shot is unlikely to be heard – these are just a few examples of the realism featured here within the gameplay. You can also pick up and remove bodies as you would in games such as Metal Gear Solid, preventing other enemies from coming across the trail of slaughter to their buddies that you’ve just left behind you.

Once you’re done with the campaign, you’ll find that the longevity of this game is extended thanks to the online mode. Here you’ll find plenty of additional entertainment, allowing you to snipe against other players from around the world. It doesn’t get boring and provides an additional layer of competitiveness. After all, this is the ultimate test since us humans are somewhat more intelligent than AI.

To conclude, It’s hard to find fault with this masterpiece from Rebellion Developments. Sniper Elite 4 clearly takes the franchise into a new, forward and positive direction. If you enjoyed Wolfenstein: The New Order, or Metal Gear Solid, then you’re sure to take plenty away from Sniper Elite 4. As the bar is raised, we can only hope for more subtle advancements with the next, future installment. Meanwhile, don’t be indoubt, this game really does live up to the hype and was well worth waiting for.

Nice review. I am still enjoying this game and highly recommend it.

0
The next highly-anticipated addition to the famous and well-known game series, Assassin's Creed Valhalla, is here and it is viciously glorious! Ubisoft has released a...
Read more
Editor's Picks

0
Sony has launched a new way for players to be kept occupied for a good amount of time, through their newly launched Initiative, PlayStation...
Read more