How Has Gaming Become More Sociable in 2017?

When the gaming industry first started to gather pace – let’s think back to the early 1990s and the PlayStation’s heyday – consumers were happy with games ticking one isolated box: the entertainment box. Being able to take control of a character was revolutionary, and enough to keep us stuck to our screens for whole weekends.

As the years passed, consumers started to become more and more discerning and demanding. These demands were partly driven by changes to expectations stemming from games like Call of Duty and FIFA. 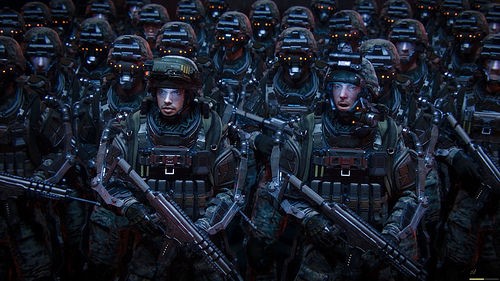 “Call of Duty : Advanced Warfare” by Joshua Livingston (CC BY 2.0)

These two titles enhanced their gameplay through offering different means of communication. Call of Duty fosters active (real life) social groups of gamers who may have otherwise never met in the flesh. It also allows gamers to communicate over the internet from different corners of the globe. FIFA allows players to compete against (and taunt!) people they’ve never met.

Before the widespread usage of the internet, gamers would go around to friends’ houses to play against each other, or would just play against the computer to improve their skills. This style of gaming led to the establishment of the ‘nerd’ gamer stereotype that the online revolution has proven is untrue; all that was needed to disprove it was a way for gamers to become social. Indeed, it is arguable that the success of online gaming and iGaming since the turn of the millennium has helped to keep domestic consoles such as the PS4 relevant in a digital world. 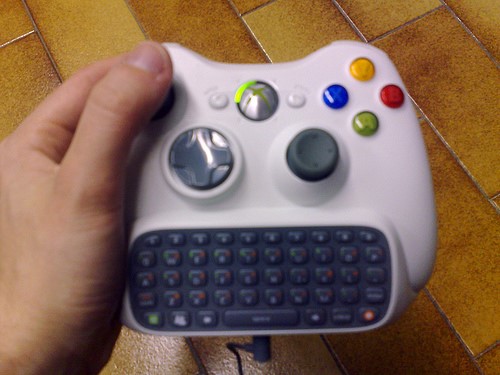 Away from console gaming, iGaming providers have been quick to recognize the importance of recreating the social element to gaming that video gaming established. These operators have lifted the sector to an experience that creates real excitement and opportunities for human interaction. bgo, for instance, has an option for users to play video roulette. By allowing players to interact, talk to the dealer, and follow the real roll of the roulette ball, the game is elevated from a simple case of assessing odds to enjoying a personal relationship with a real-life dealer. With bgo, you can even go so far as to pick the dealer who you want to interact with. It’s easy to see how the game has become about so much more than simple mathematics.

Clearly this approach is becoming more and more popular as one of the biggest providers of online gaming, Playtech, has recently opened the world’s largest live casino studio in Riga, Latvia. The surge in industry demand has been behind this opening, with the 8,500 square meter studio built on top of Riga’s fortified 16th-century walls in the heart of the Old Town. The studio not only boasts a dealer campus, where new live dealers are trained, but also hundreds of state-of-the-art cameras, all developed to ensure that communication and authenticity are at the forefront of the gaming experience.

The example from bgo highlights the manner in which operators in the iGaming industry are trying to ensure players can enjoy as realistic a gaming experience as possible. bgo aren’t alone in this; Mansion Casino, for instance, have also made a name for themselves by offering live poker and live casino games, helping to ensure that playing online is not simply focused on graphics and gameplay in its raw format, but on socialising as well. Similarly, partycasino offers live blackjack and baccarat alongside their live poker offerings.

With technological advances being made all the time, and social services like Facebook and Instagram continuing to boom across the globe, this trend that links gaming to social interactions is unlikely to die away anytime soon.

As far as we’re concerned, Google Stadia is a severely underrated service. In essence, it allows you to game without the expensive hardware usually...
Read more
0 0 votes
Article Rating