It’s not hard to remember a time when Call of Duty was king of the video game world. Each successive instalment after 2007’s groundbreaking Call of Duty: Modern Warfare was received rapturously by both critics and audiences alike, and the game’s ubiquitous multiplayer mode was an unimpeachable titan, the go-to method of entertainment for couch co-op (Zombies) and online competition (Deathmatch) alike.

Fastforward to 2018, and Call of Duty isn’t quite in the same place as it used to be. It’s arguably been overtaken in the class-based shooter stakes by competitor Battlefield and distant relative Overwatch, while its multiplayer free-for-all crown has been usurped by battle royale games like Fortnite and PUBG. Call of Duty is still a reliable, bankable franchise, but it’s arguable that the games now need to do something a little more extraordinary to differentiate themselves from the many pretenders available for cheaper or free.

Enter Call of Duty: Black Ops IIII, developed by Treyarch in keeping with the yearly tradition of alternating between that team and Sledgehammer Games for development duties. Let’s get one thing out of the way before we continue: yes, IIII is a valid way to write the Roman numeral for “4”, and was often used by Romans as an alternative to IV, so all the nitpicking naysayers who want to savage Treyarch and Activision will need to look elsewhere for their jollies.

Titling niggles aside, the game itself is quite the shakeup this year, too. Call of Duty: Black Ops IIII is the first title in the series to ship without a single-player campaign, and there are no plans to include one or develop one further down the line. Instead, lonesome players can experience Solo Missions, which are single-player self-contained outings designed to explain the backstory of the characters available in the game’s multiplayer modes.

Whether or not you enjoy Black Ops IIII will hinge on whether you think the solo campaign is a crucial part of the experience or not. It’s entirely possible you won’t find anything to tickle your fancy in Black Ops IIII if you’re a lone wolf; the Solo Missions are OK, but they’re set largely in the same maps as the game’s multiplayer mode and don’t do anything explosively interesting with their core gameplay, so they’re hardly a replacement for the single-player campaign. Those of you wishing to experience Call of Duty alone should turn away immediately.

Those of you who are left understand one thing: Call of Duty does multiplayer exceedingly well. Each new game has a wealth of perks, options and loadouts to choose from, and the skill ceiling is incredibly high, meaning new players need to fight hard to match their veteran counterparts. If you’re a fan of the series’ multiplayer mode, you’ll be glad to know that it returns here, as deeply customisable and compelling as ever. Weapons all feel satisfyingly punchy, while the Specialist characters players can choose from in this mode all have a different feel and aesthetic, lending a sort of Overwatch-y vibe to proceedings (helped along by the unique gadgets each Specialist has, similar to Overwatch’s special abilities). 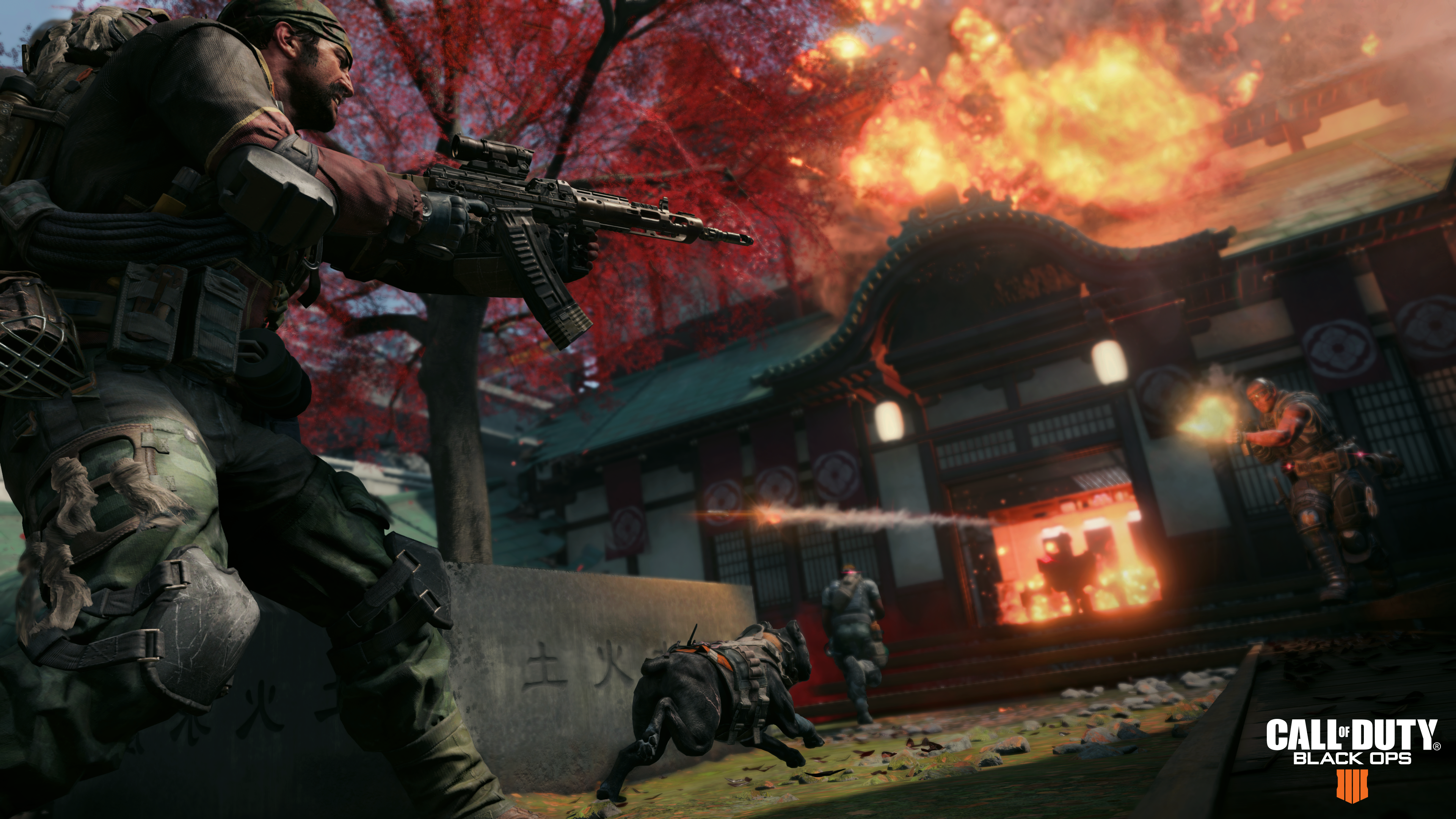 The money isn’t mostly on-screen here in the traditional multiplayer mode, though. Black Ops IIII shows its understanding of modern gaming trends in the Blackout mode, which is a battle royale-style mode reminiscent of Fortnite and its ilk. If you’ve played those games, you’ll know what’s going on here; if not, think the multiplayer experience distilled to its absolute essence, and you’re on the right track. One hundred players enter, one leaves, and in the meantime there’s plenty of loot-grabbing, vehicle mayhem and emergent moments to discuss over the watercooler the next morning.

Again, whether this has any appeal for you depends on whether you’ve ever wanted the (mostly) traditional Call of Duty gameplay in a battle royale setting. Don’t get us wrong: Blackout is a joy to play, with the series’ trademark excellent gunplay translating perfectly to a massive brawl on a huge open island and AI zombies spicing up the PvP-centric gameplay. The vehicles, although a little clunky to control, also add a new dimension to Blackout; if you’ve ever wished PUBG was, y’know, actually finished, then Black Ops IIII will scratch that itch and then some. 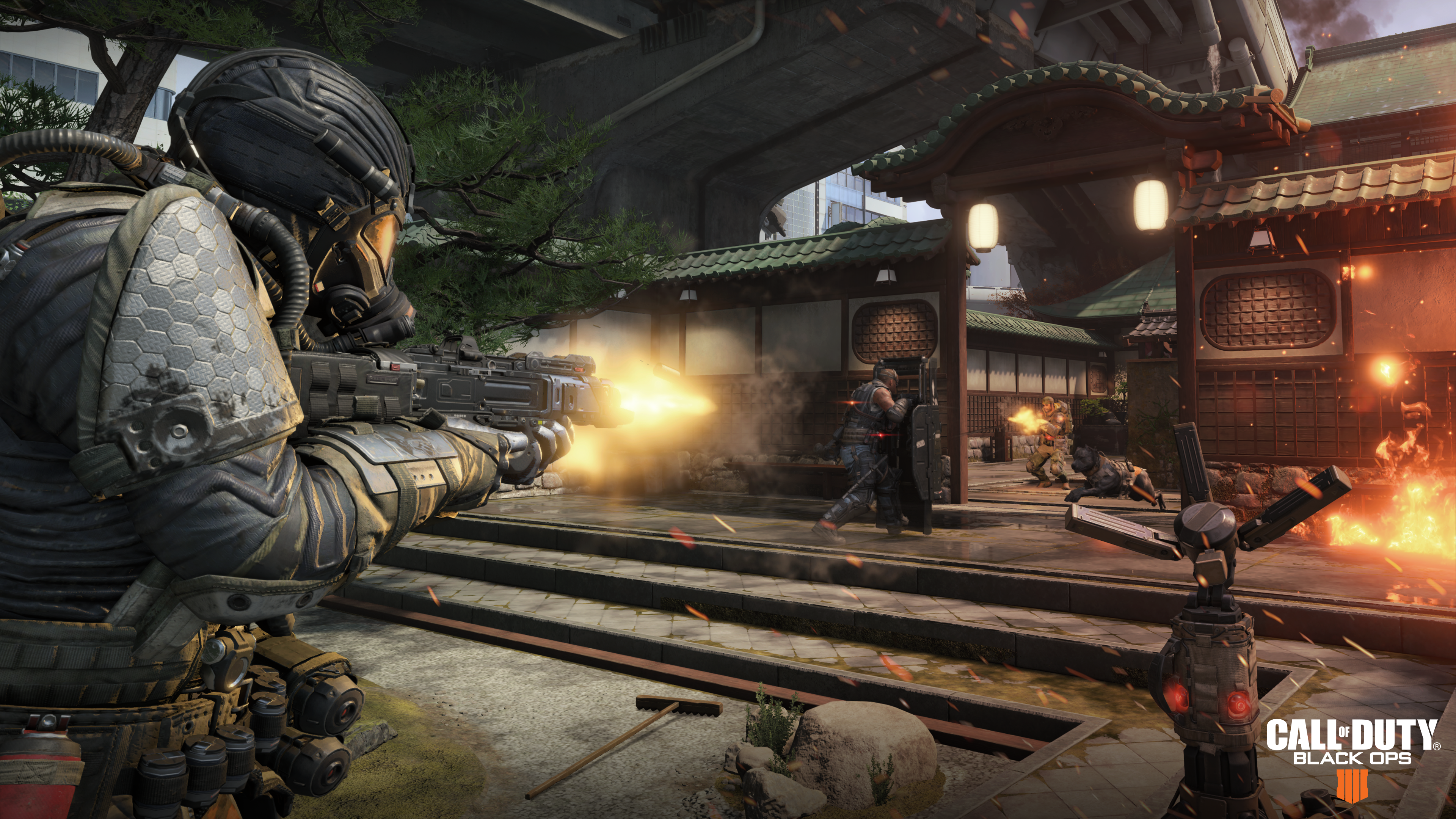 Finally, there’s Zombies, the co-op multiplayer mode, and it’s as exhaustive and in-depth as ever, to the point where new players might struggle a little with its more intricate ins and outs. The maps, as with the other modes, are very well-designed indeed, full of secrets and options for players who wish to take on the undead hordes. Thing is, though, as with most CoD games, there’s often a right way to do things, and if you’re not already well-versed in Black Ops IIII’s zombie mode, you might struggle to get to grips with it at first. Once you do, it’s a rollicking good time like it’s always been, but that initial grace period can be difficult.

All in all, Call of Duty: Black Ops IIII is a package that understands what fans want from Call of Duty, and from video games in general. As a result of that, it can sometimes feel like a bit of a hodge-podge of “popular video game mechanics”, but it does everything it does so well that it’s hard to feel any ill will towards it. It’s an enjoyable, nicely varied and cathartic romp that will be of absolutely no interest at all to single-player fanatics, but should be on hard rotation for the multiplayer mob.