One could easily say that the RollerCoaster Tycoon series opened a whole new door within the simulation genre, not only sparking the imagination of PC gamers worldwide but also laying the groundwork for other franchises to follow in its footsteps.   The very idea of managing something like a theme park, replete with shops and more, is clearly a departure from typical video game standards (most involving violence of some kind).  Nevertheless, one cannot deny the awesome fun that’s to be had within the world of RollerCoaster Tycoon, especially considering that you can develop new technologies, monitor visitor happiness as well as ride your creations in first-person mode. 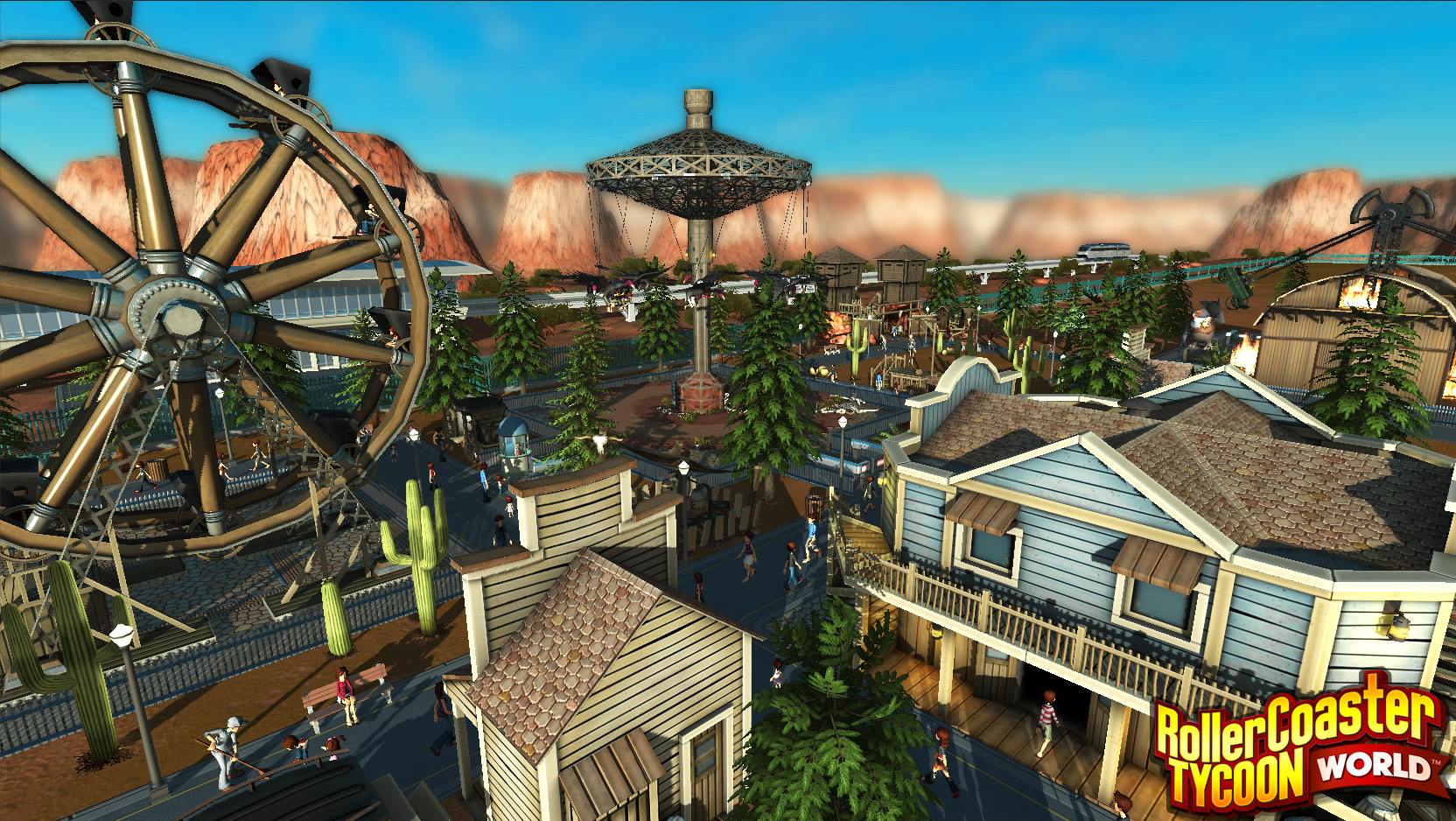 This of course brings us to the upcoming incarnation the franchise has in store for us that’s likely to emerge in 2015, simply dubbed “RollerCoaster Tycoon World”.  Quite simply, this installment promises to be one of the most thrilling and amazingly realistic offerings from developer Pipeworks Software to date.  Just check out this recently released teaser.  Assuming that this is indeed real in-game footage, we might be in store for a most thrilling ride indeed.  Actual coaster riding aside, there have also been a number of screenshots released as well, all of which hint at a very sharp and somewhat cartoon-ish landscape.  Regardless, the game is set to incorporate so many awesome features that it boggles the mind with possibilities.

Given the fact that RollerCoaster Tycoon 4 was a sort of “hit and miss” success, relying on mobile popularity and micro-transactions, the emergence of a fully-fledged PC game is certainly welcome.  Serious fans of the series have been hoping and waiting for exactly what appears to be headed our way for some time now.  Moreover, the developers have stated on multiple occasions that they’re “exploring all available options” too, meaning that things like virtual reality integration and/or the ability to move from third to first person view could very well be in the cards.  Additionally, they’re exploring other options relating to design as well, with other systems which don’t force you to meticulously create a coaster piece by piece.

Serious fans of the franchise will be happy to note that the devs are also very interested in attempting to “recapture the feel of the older games in the series”.  Naturally, this probably prompts a big sigh of relief from the many gamers who have decried the direction the series has taken.  Well, if would seem as though the discontented are finally getting their wish with a game which features exactly the sort of features and elements they’ve been asking for all along.  Having said that, don’t think for a second that it’s going to emerge looking shabby, because this title will likely feature a much more advanced set of graphical chops than its predecessors. 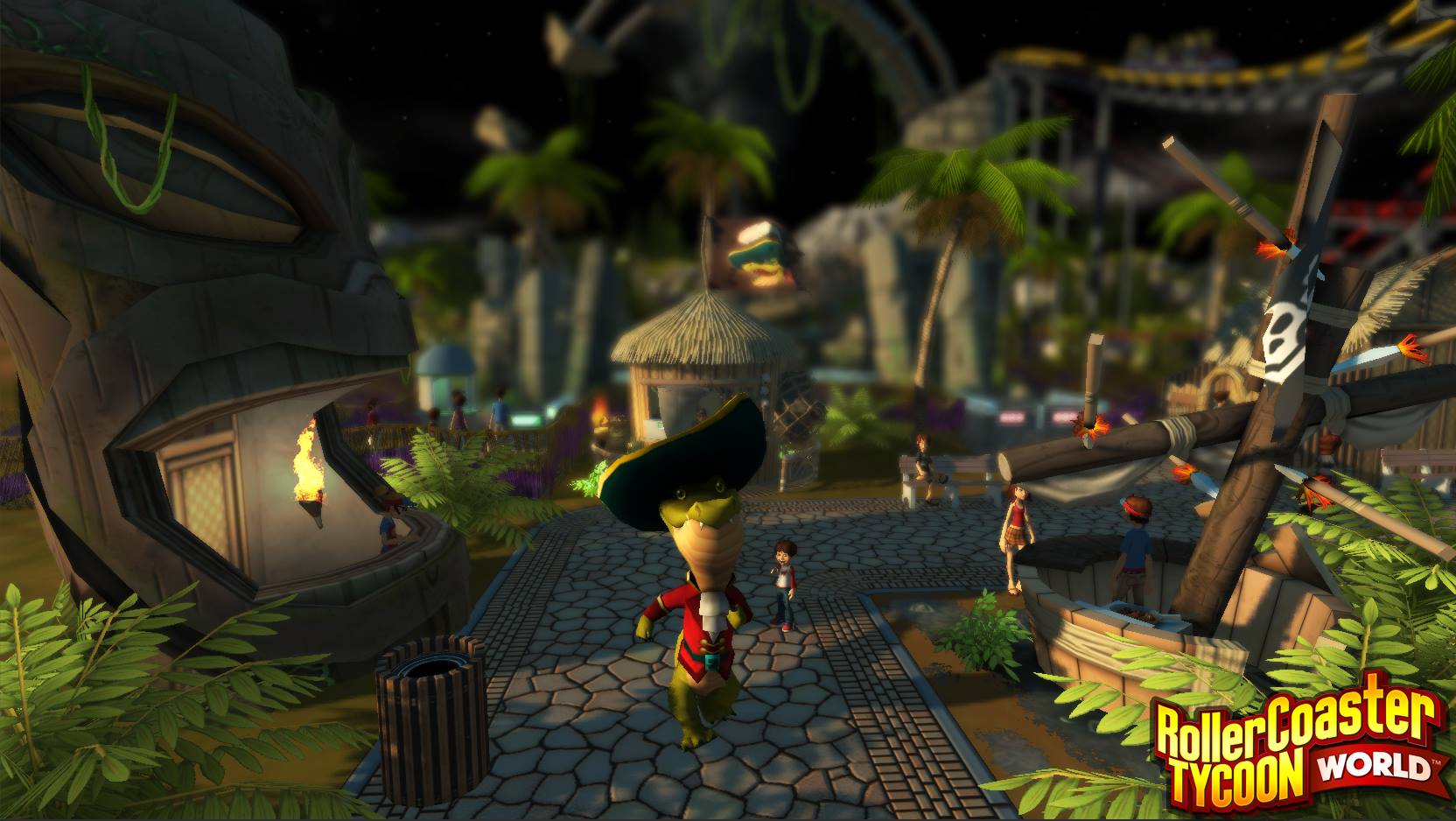 Finally, we have to consider the awesomeness of including a bona-fide multiplayer element, which is a first. Instead of being stuck with interacting with your own park RollerCoaster Tycoon World will actually allow you to pay a visit to other people’s attractions. Furthermore, there are additional social enhancements such as being able to share ride blueprints which could very well make the game into something truly magnificent.

Expect RollerCoaster Tycoon World to drop sometime in early 2015 (currently only planed for release on the Microsoft Windows platform).