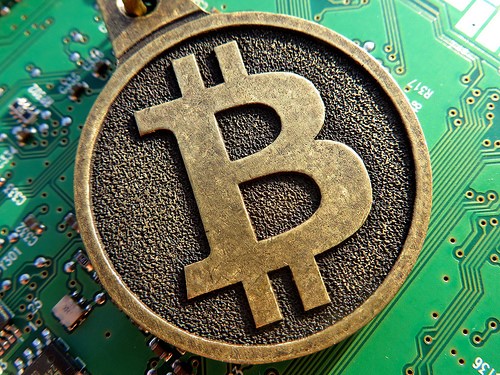 With bitcoin sweeping the world as a viable alternative to regular forms of currency, there are a number of online sectors that have opted to switch to the e-currency altogether and embrace the inevitable future. Plenty of games providers are now accepting bitcoin payments, which has led to developers making games to be played and paid for specifically with the cryptocurrency designed by Satoshi Nakamoto.

One of the most notable platforms that now accepts bitcoin as a form of payment is Steam. The games provider partnered with Bitpay, a bitcoin payment service, because they wanted to make it easier for users in other countries to pay for games without having to use a credit card. Steam are expecting bitcoin to become the internet’s universal currency because of the problems that people based in certain countries have with paying for things like games online. Microsoft have also begun to use the cryptocurrency for Xbox games and mobile content, and it stands to reason that others who haven’t already will soon follow suit.

A large portion of the online casino sector has embraced the currency for similar reasons, with some sites now designed to only be played with bitcoin and other e-currencies. The games room at Crypto-games features slots, roulette, blackjack, and other classic casino games. Users get to choose the e-currency they want to play with first, from bitcoin to newer payment systems such as Ethereum, and then play the game with that. Bitcoin gambling is becoming more prevalent because it is safe and secure, and can be enjoyed from anywhere in the world.

Along with being able to pay for things in games with bitcoin, there are even some pretty cool games that are actually themed on the modern currency. Take the mobile app FlapPig, for instance. Players are required to help a golden pig fly around and collect bitcoins while avoiding other objects and obstacles in the sky. While playing, you even have a chance to earn bitcoins. It must be noted how ironic this game is really, seeing as how some early bitcoin sceptics thought pigs had a better chance of flying than the cryptocurrency taking off.

For other unique bitcoin games check out Bitcoin Billionaire, where you have to tap the screen and simulate mining, and there is a feature where players have to “unlock achievements by being awesome.” Or, alternatively the forthcoming Bitcoin Fighter could be worth a play. In the game, players have to fight each other for a prize of wagered bitcoins in an online scenario on the app’s website.

With more games embracing bitcoin, gamers need to get used to using the currency and learning about how it works. If it continues to climb to greater heights as it has done in the last few years, soon all games and in-game purchases could be done with the e-currency. With most games now including at least some online elements, it stands to reason that an internet currency such as bitcoin will one day become the standard form of payment for everyone.