How Will Online Gaming Change In 2016?

The online gaming world is evolving at a staggering rate. Indeed, the gamers of ten years ago would not recognize most of the technology used today. There are advancements on the horizon that could revolutionize the industry. With that in mind, we’ve listed some of the most anticipated changes you can expect to see this year. 2016 is going to bring some astonishing progressions that could improve the situation for everyone. You just better get ready to put your hand in your pocket. Nobody said the new technology would come cheap. 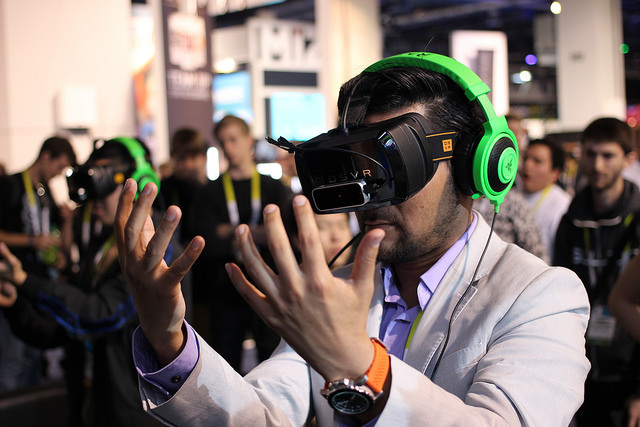 More use of virtual reality

Advanced VR headsets making their way into the markets this year. People who’ve been lucky enough to test the products say they are amazing. Indeed, you won’t have to look far to find positive reviews from users who were blown away by the experience. The only complaint raised by gamers relates to the lack of titles available for the tech. However, that situation is sure to change as we move into 2016.

Some of the world’s most successful gamers manage to make a good living from their hobby. That trend will continue this year as more games are released that allow players to make money. Also, some of the biggest and best gambling websites are set to improve during the next few months. Click here for more info on casinos if you don’t use those domains already. Again, VR headsets could play a significant role in pushing the online gambling industry forward.

We mentioned in our future gaming tends article that classic games are due to make a comeback. Some of the largest development firms are working on improvements that could bring old favorites back to our consoles. Of course, the classic games will undergo redesign work that should make them compatible with all modern consoles. Remastered games are going to be everywhere this year, and we can’t wait to see which titles will reappear on our shelves.

The PlayStation 4 and Xbox One both allow players to upload their game footage to YouTube. People can also add their social media contacts and communicate with their friends. That is a trend we expect to continue in 2016. The guys at PlayStation are already considering a video chat solution that would place small windows in the corners of your screen. Allowing gamers to see each other in real time is the next big step.

As you might expect, gaming enthusiasts have a lot to look forward to this year. It’s sometimes the unexpected advancements that produce the most interest, and so you need to keep your ears to the ground. Microsoft is planning a shakeup during the next couple of months that could see their Xbox service improve. Let’s hope they decide to stop charging for online play and make it easier for people to interact with their friends. One thing is for sure, the rise of VR technology will transform the gaming industry beyond all recognition. It’s just hard to predict when that is going to happen.