Is This the Future of Online Gaming?

Casino games have been around since the 1400s and have evolved slowly ever since. That is until companies went online. Since then, gaming has undergone rapid changes and developments that would make the original inventors’ heads spin.

Microgaming was the first software company to develop a platform suitable for online games. Around the same time, Antigua and Barbuda was the first country to grant licenses for gaming companies to operate online under the Free Trade and Processes Act. Once the technology for safe monetary transactions online was in place, the industry took off.

With many companies vying to get a piece of the pie, the industry became competitive very quickly and, thanks to the rapid developments in technology, games are now a far cry from their somewhat humble and static (think Windows 95 solitaire) beginnings.

Progressive jackpots, themed slots, and multiplayer games all worked their magic on getting people onto the platform while loyalty schemes and free spins were effective in persuading a lot of players to stick around. Casinos have all had their share of rumors about games being rigged or just unfair, but live dealers seemed to quash them enough for the industry to continue its growth. In fact, this appears to be the most popular form of playing…at the moment. 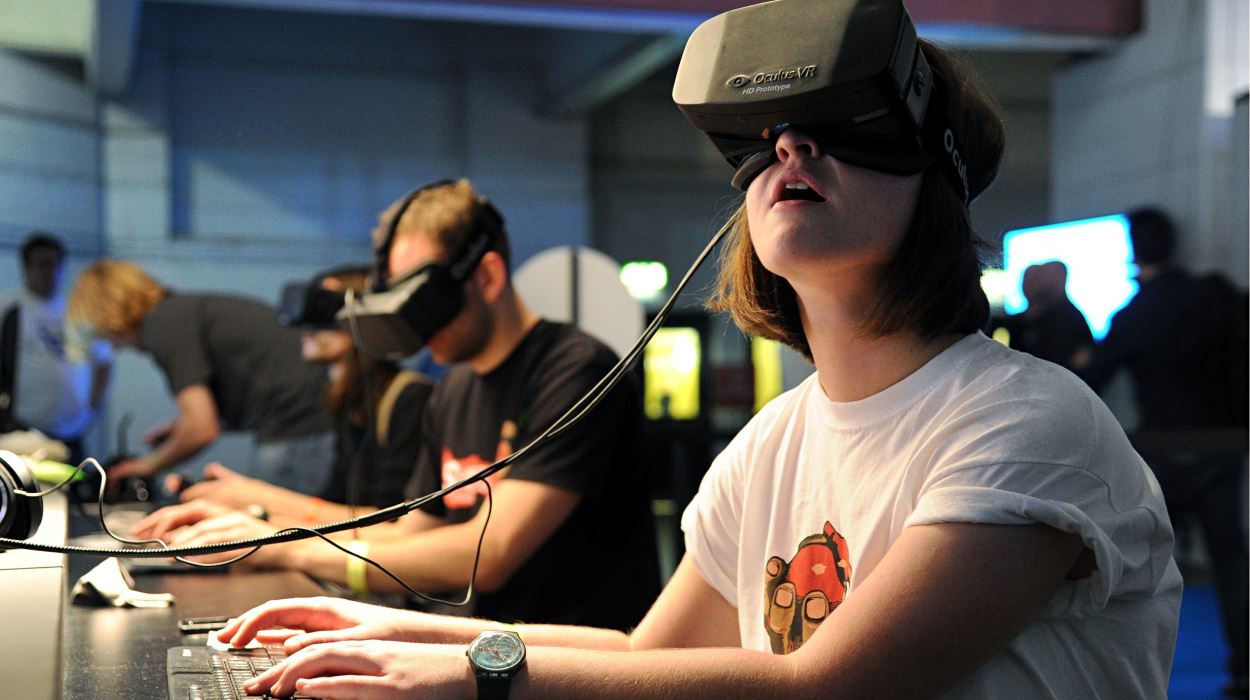 Gaming technology, as well as the technology we use in our day-to-day lives, means that all of this is now available on mobile devices for on-the-go gaming. With our dependence on smartphones and similar technology, it makes sense that companies want to invest heavily in this area. It would also be sensible for them to expand their horizons and look to the future.

A lot of discussions have hit the forums recently about Augmented Reality and how it’s going to replace our trusty smartphones. Pokémon Go started to make this mainstream and Facebook seems to want to take it the rest of the way.

Mixed Reality, though, is on yet another level. The premise is simple: A device such as the Microsoft HoloLens scans the area and processes the data so that it can make optimal use of the real-world space to project a hologram that is easily manipulated. Science fiction has become science fact and could completely revolutionize the online gaming industry.

Forget multiplayer games through the platform, try playing against others from all over the world at your very-real table with a live dealer, all using holograms.

As exciting as it is, let’s not get carried away. The technology is available but it still carries a high price tag that puts it out of most people’s reach. Cheaper models are becoming increasingly available although they are not as sophisticated as some of the more expensive models. With that said, however, if you’re playing a relatively stationary round of poker, you’re less likely to mind the device being tethered to a PC as you would if you were using the same technology for Halo. So, get ready. It’s coming and it’s only a matter of time before online gaming companies leap at the opportunity to innovate once again.

Video Poker is one of the most popular casino games, and players are always looking for a way to increase their winnings. The idea...
Read more
Money Gaming

Do you like playing slots without having to put a sizable amount of money at risk? Are frequent, little rewards acceptable to you? You're...
Read more