Best Esports Tournaments So Far in 2022

With the ESL Masters and PUBG Global Invitational already under our belts, there is no shortage of major esports events to look forward to in professional gaming so far. There are still many more to come, but we are more excited to discuss the tournaments that have already happened this year and filled more craze among gamers. Therefore, considering this, we have selected the following esports tournaments that we believe are the best so far:

The professional Dota 2 circuit resumed with a boom in the month of March this year. Two tournaments were already scheduled when the highly anticipated eSports championship, The International, finally concluded this month. The struggle for a spot in The International, featuring the finest DOTA2 teams in the world, promised to be a thrilling marvel. PGL and One eSports were in charge of putting on the majors. Since DOTA2 is such a popular game, we anticipate the prize pool to reflect the interest in the next tournament will be more than any other esports tournament.

The District Esports League was back this spring, featuring $1,000 prize pools for Super Smash Bros Ultimate and Rocket League. The trials commenced on March 20 and continued for 8 weeks until the finals at the Spring Summit on May 14-16. There were four point-based qualifications for both Super Smash Ultimate and Rocket League. Each qualifying round consisted of a best-of-two elimination tournament, with points based on the final position. Four qualifications were held for each game, and the top sixteen teams and individuals in terms of total points were invited to play in the Spring Summit Championships, which was updated first on the most popular betting app, FanDuel Maryland.

The Intel Extreme Masters tournament was held in Cologne, Germany. 2022 saw Cologne continue its long tradition as a CS:GO hotspot. The 24-team tournament at Lanxess-Arena was the largest LAN event between the two Majors. Nevertheless, the arena was only opened to live audiences for the final three days of the tournament. The best teams, such as G2, NAVI, and the current Major champions FaZe Clan, competed for $1 million in IEM Cologne 2022. Three of the teams mentioned above were already guaranteed a spot in the tournament, and the other five competed in play-ins against the other 16 teams to determine the final eight participants. After this, the IEM continued with two groups playing in a GSL-style double elimination system, with matches being best-of-three until the finals, which was the best-of-five. 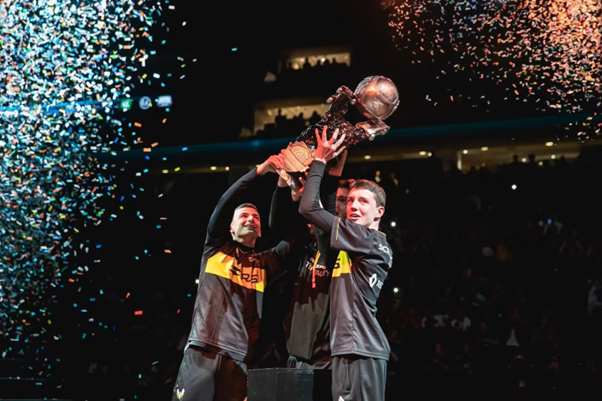 In 2021, the best teams of Apex Legends from all across the world competed in the first-ever ALGS Championship. The much-awaited esports tournament resumed in July 2022 with preliminary and challenger rounds before the playoffs, semifinals, and finals of the Pro League. Twenty teams played in the 2022 championship finals employing the Match Point system. In the Finals, the top ten teams ranked according to their performance in the Winners’ Bracket and were given Advance Starting Points. Overall, the tournament was a huge success.

The Vanguard season’s World Champions were chosen in a tournament held during the Playoffs of the franchise agreement Call of Duty league. Galen Center, Los Angeles, hosted this tournament, in which the top eight teams from CoD League participated. The $250,000 prize pool was split between the top four teams from the Global Challengers Leaderboard and the top four teams from the Last Chance Qualifiers (one team from each Region: Europe, North America, Latin America, and the Asia Pacific. The tournament took place for more than two days and featured a double-elimination bracket with eight teams.

The second edition of Dota 2 Major took place at Esports Stadium, Arlington, recently. The tournament took place over the course of about 10 days, although only the final three days were open to the public. Eighteen of the greatest teams worldwide competed for a total of $500,000 plus Pro Circuit points. There were four teams from Western Europe, three from China, two each from Eastern Europe and South-East Asia, and two each from South America and North America.

With the majority of tournaments now being played online, the excitement surrounding them is increasing every day. The restrictions are lifted, and everyone can enjoy these esports tournaments online from anywhere in the world.

One of the biggest sensations in the current financial world is crypto. You can’t get it off the chart for longer. However, crypto is...
Read more
0 0 votes
Article Rating